Do you remember what's on a Big Mac? 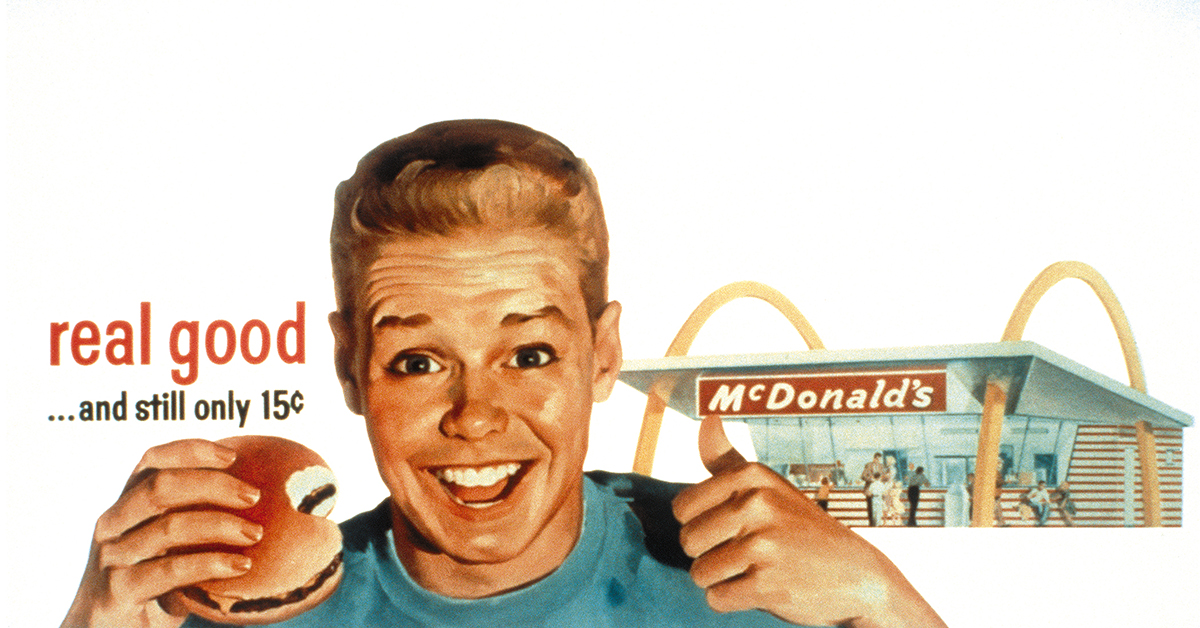 For the last 50 years, McDonald's has served up a big variety of TV commercials. From the first Ronald McDonald to Mac Tonight, McDonald's has been as consistent in coming up with new characters as menu items. Revisit some classic McDonald's commercials here, and find out which ones have caused some controversy.

Ronald McDonald didn't always look the way he does now. In earlier TV commercials, he was a little less polished (notice the plastic cup used as a nose). Early versions of Ronald McDonald were played by the Today show's Willard Scott.

Unlike the burger itself, the first commercial for the Big Mac is a little bland. The spokesperson simply goes through the motions of describing what's on the burger - nothing too fancy. But the advertising campaign must have worked, because the Big Mac is still around today.

Before there was all day breakfast, and even before breakfast before 11 a.m., McDonald's only served breakfast on the weekends. Mayor McCheese boldly makes the decision in this ad, which features Ronald McDonald and Grimace having a pretty weird morning.

Kids loved the trippy 1971 ads featuring Ronald McDonald skipping to McDonald's in a fantasy land. Two people who didn't like it so much - Sid and Marty Krofft. The brothers sued the fast food company for copyright infringement and were originally awarded $50,000. Both sides appealed, which eventually lead to the courts awarding the Krofft brothers with a whopping $1,044,000.

If you ever forget what's on a Big Mac, this jingle is here to help. It's actually pretty fun to watch these people forget the ingredients. Remember: two all beef patties, special sauce, lettuce, cheese, pickles, onions, on a sesame seed bun.

If you're confused as to why a talking crescent moon on a piano is selling burgers on top of a skyscraper, don't worry - so are we. The ads featured Bobby Darin's popular hit "Mack the Knife." Unfortunately, Darin's family wasn't too keen on the company using the late crooner's song, so they sued. The family won, bringing a sad ending to Mac Tonight.

Jason Alexander and the McDLT:

Before he was George Costanza, he was just an ordinary man happy to eat McDonald's. In this ad from 1985, Jason Alexander plays it cool while promotiong the hot and cool McDLT. (Who knew Alexander was such a good singer and dancer?)