A life-size bronze of Marshal Matt Dillon now stands on the Trail of Fame. 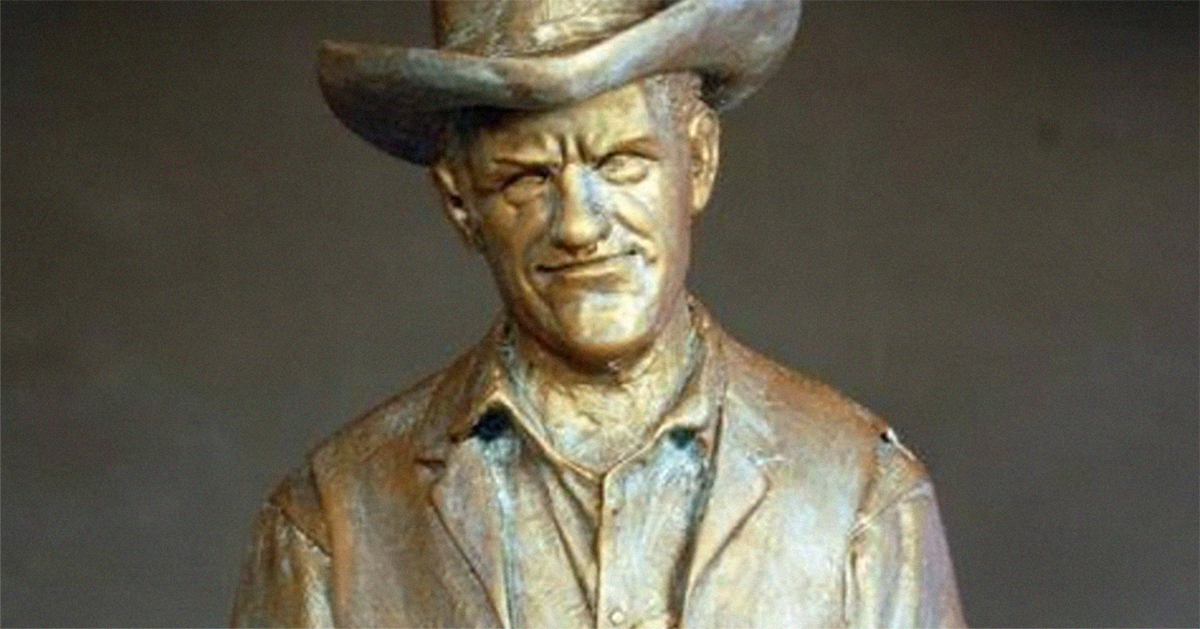 If you're going to make a life-size statue of James Arness, you're going to need a lot of bronze. The Western star stood at a towering 6' 7". No wonder his character Matt Dillon was such an imposing figure on Gunsmoke. 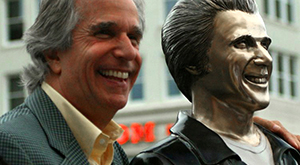 For twenty seasons, Marshal Dillon kept the peace on the dusty streets of Dodge City. Now, the real-life Dodge City, a town of about 27,000 residents in southwestern Kansas, has its own Matt Dillon. On July 30, 2017, a bronze likeness of the character was installed downtown, next to the Dodge City Visitors Center on Wyatt Earp Boulevard.

Fictional Dodge City now blends with historical Dodge City. The statue is part of the Dodge City Trail of Fame, which also included a life-size statue of the legendary Doc Holliday.

The statue itself is beautiful, a perfect recreation of the beloved actor. Tony Cipriano is the artist behind the work. A former artist on Walt Disney feature films, Cipriano has sculpted superheroes and collectible figures for McFarlane Toys, Hasbro, Funko and more. Check out his Facebook page for examples of his work and close-ups of the James Arness statue.

Twenty-four-inch tall maquettes of the statue and an 11" bust of James Arness are available for fans, as well. They range in price from $749–$1,699. Visit the Dodge City Trail of Fame site for more info.

Check out more images of this impressive work at Facebook.com/MattDillonStatue. It just might be the best bronze statue of a TV star we've seen.