The X-Files is back! The 90s science fiction drama returned to television screens for the first time since 2002 with last night’s premiere, “My Struggle.” Former agents Mulder and Scully are once again embroiled in alien conspiracy theories and their adventures will continue as a limited engagement series for the next five weeks.

The premiere episode’s blink-and-you’ll-miss-it reference to Star Trek (a photograph of a young Mulder showed him dressed up as Spock for Halloween) got us thinking back on show’s many references to other classic TV series. X-Files writer and Breaking Bad creator even cited some of these as inspirations during Vince Gilligan’s "Island of MeTV" – a special we ran last year. 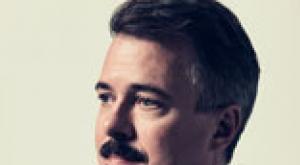 The X-Files creator Chris Carter has long cited the Darren McGavin–starring 1970s series as a prime influence on his show. Kolchak follows a fictional Chicago newspaper reporter who investigates mysterious crimes with unlikely causes, including Native American legends, UFOs, vampires and lizard-like monsters — all of which eventually became the subjects for X-Files episodes.

Carter says he based the relationship between Mulder and Scully — platonic early on, but with mounting tension — on the interactions between John Steed and Emma Peel in the spy-fi British series The Avengers. In both shows, the exact nature of the relationships are never confirmed, though both suggest some form of off-screen intimacy.

“Home,” a fourth-season episode of The X-Files, is both its most popular and its most controversial. It was the first episode to issue a viewer discretion warning and Fox later pulled it from the repeat schedule due to graphic content. Despite its reputation, the episode — about a backwoods family protecting a disturbing secret — actually contains several references to the much happier (and less graphic) Andy Griffith Show. Scully refers to the idyllic town they’re investigating as “Mayberry” and the local sheriff is named Andy Taylor.

Any spooky show has roots in The Twilight Zone, but The X-Files’ season nine episode “4-D” gets obvious about it. Carter referred to “4-D” — about a vicious murderer who can jump between parallel lives, as “kind of a Twilight Zone episode.” But its truest reference is in an address. Agent Monica Reyes (played by Annabeth Gish) lives at 67 Bennett Avenue. Bennett Avenue is the name of the street Twilight Zone creator Rod Serling grew up on.

The fifteenth episode of The X-Files’ ninth (and final) season is called “Jump The Shark,” a tongue-in-cheek reference to the Happy Days episode where Fonzie water skis over a shark pen. But the reference goes even deeper than that: According to X-Files scribe Vince Gilligan, the title is actually named after the popular website Jump the Shark (also a reference to Happy Days).

Vince Gilligan is a massive fan of old television — as evidenced by the special he did with us! – and would often work nods to older series into his episodes. One example of this is the seventh season episode “Hungry,” which is unique to The X-Files in that it tells the story from the monster’s point of view. Says Gilligan of the episode: “I wanted to do a story about a monster from the monster’s point of view, sort of like an episode of Columbo where you were following the bad guy throughout the show and then Columbo, or in this case Mulder, keeps coming in and asking questions that make it clear that he suspects our main guy.”

Two of The X-Files’ most popular episodes feature major callbacks to The Dick Van Dyke Show. First is “Bad Blood” (another one penned by Gilligan), where Mulder and Scully each tell the story of a case from their own perspective. This was inspired by an episode of The Dick Van Dyke Show wherein the two lead characters tell different versions of a fight they had. (Both are also riffs on the 1950 Japanese film Rashomon.) Another Dick Van Dyke reference comes in the episode “Arcadia”, where Mulder and Scully go undercover as a married couple in a suburban planned community. They use the code names Robert and Laura Petrie — which are the names of the married couple played by Van Dyke and Mary Tyler Moore on that show.

The most obvious classic show reference in The X-Files comes in the ninth season episode “Sunshine Days” (yet another Gilligan outing – he also directed this one) where the main suspect in a murder case is a man obsessed with The Brady Bunch. Sets from the Brady house were recreated for this episode and featured prominently. “Sunshine Days” was also the final monster-of-the-week episode of The X-Files.

9. I Dream of Jeannie

“Je Souhaite” is the penultimate episode of The X-Files’ seventh season, written and directed by (you guessed it) Vince Gilligan. This one has multiple nods to I Dream of Jeannie, including Mulder recreating the famous crossed-arm head nod of the title character. The Jeannie theme song is hummed at one point, and Mulder even says “except Barbara Eden never killed anybody” in reference to a genie character who grants twisted wishes.