7 famous TV sets that were reused for other shows

Mayberry, Metropolis and 'Star Trek' have a lot more in common than you think. 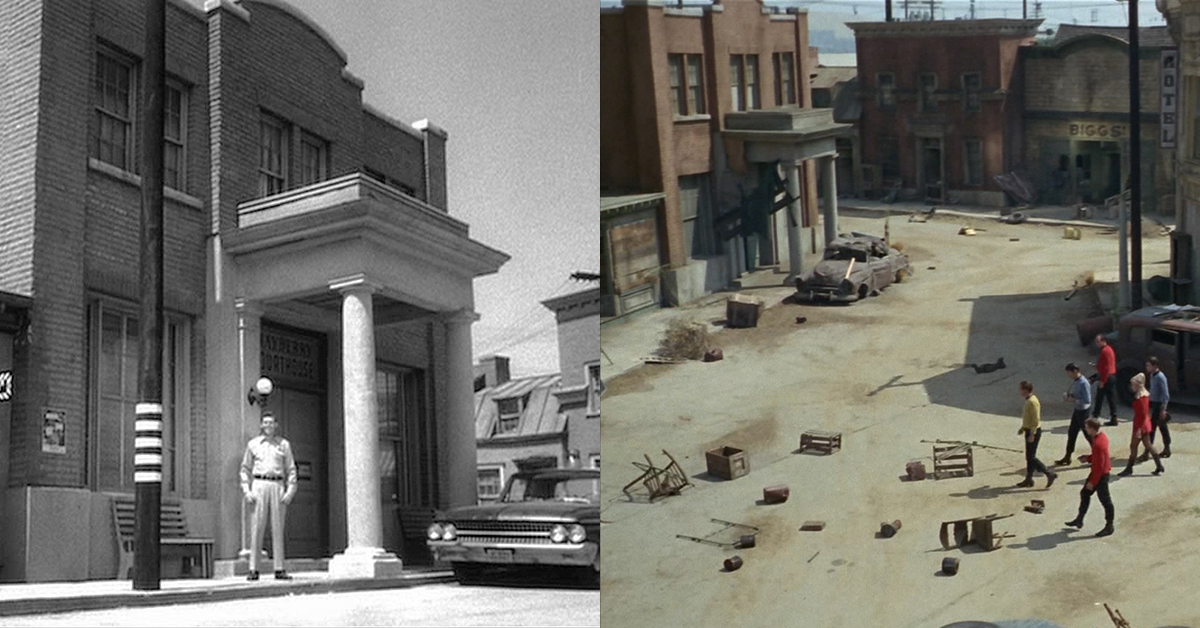 With the amount of TV shows and films that are out there, you're bound to stumble upon a few that look similar. Here are a few places that have popped up in different TV shows throughout the years. It's crazy how they can transform a place likeMayberry into a post-apocalyptic warzone!

Built in 1927, the RKO Forty Acres Lot has been home to some of the most iconic TV shows and movies of the last century. It's best known as the fictional town Mayberry from The Andy Griffith Show, but it's also been used in movies like Gone With The Wind and the original King Kong, as well as TV shows like Star Trek, Adventures of Superman and The Green Hornet. Here are two buildings that have been recycled time and time again:

Adventures of Superman, The Andy Griffith Show, and Star Trek

Fans of Star Trek probably did a double take when they saw Andy Taylor's workplace on a distant planet ravaged by disease. That's because the courthouse, along with the rest of the town, can been seen in the episode "Miri," when the Enterprise visits the planet that eerily resembles Earth. 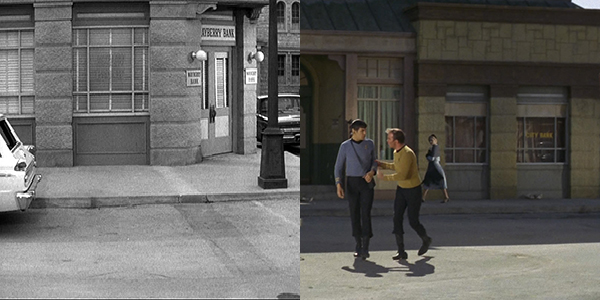 It was the bank in Mayberry, but it also served as a set piece in Gone With The Wind, The Untouchables (TV series), and Star Trek, where Captain Kirk and Spock emerge from a portal. You can see the same windows of the building featured in both series.

Bronson Canyon has been the go-to place for TV shows that don't have a lot of money to waste. From certain angles, you can see the iconic "Hollywood" sign, a dead giveaway that the exotic-looking location is in the backyard of the country's biggest studios. Westerns such as Gunsmoke, Bonanza, The Long Ranger and Have Gun - Will Travel have crossed paths with science fiction classics like Star Trek and Batman. 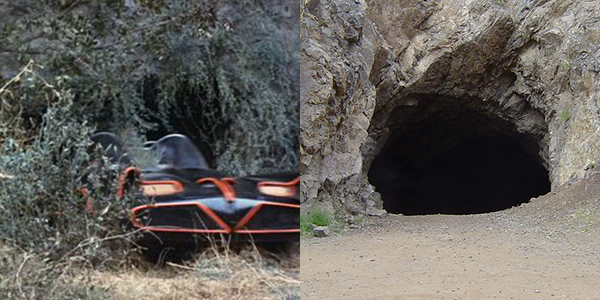 The West Portal of Bronson Canyon famously served as the entrance to the Batcave. 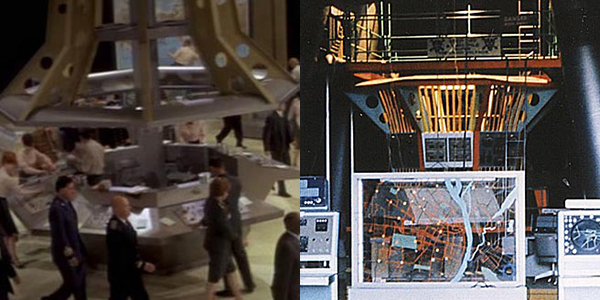 Speaking of the Batcave, the James Bond parody Our Man Flint filmed scenes there in 1965, a full year before it became known as the lair for Adam West's Batman. You can see the steel structure was inverted for the TV series.

The Beaver was neighbors with desperate housewives? Fans of the recent series Desperate Housewives will recognize this lot as Wisteria Lane, but it was in use for various TV shows and movies decades before the housewives moved in. Owned by Universal Studios, the street contains homes featured in The Munsters, The Hardy Boys, The Nancy Drew Mysteries and The Ghost and Mr. Chicken. The street has gone under some extensive renovations over the years, as you can see in the photos below.

The abandoned house on Leave It To Beaver, the home on The Munsters, and the suburban abode on Desperate Housewives. 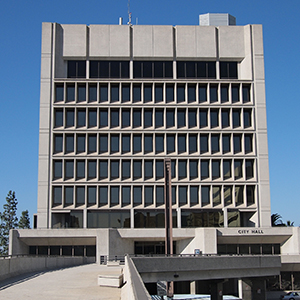 In the '70s TV series Wonder Woman, Diana Prince fought evil alongside the Inter-Agency Defense Command. The fictional agency uses the building that is the real-life Inglewood City Hall. It was also featured as the coroner's office in Quincy, M.E. 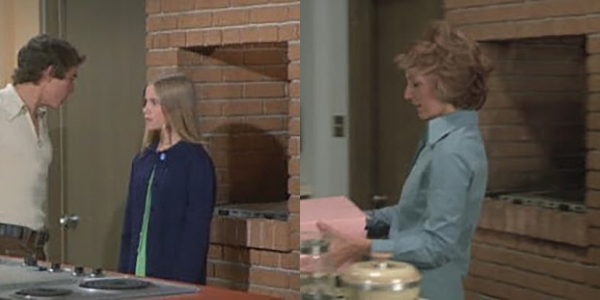 In what is probably the most hilarious reuse of a set, the wholesome kitchen from The Brady Bunch was featured in the 1975 horror flop Bug. Sure, they did a nice paint job, but that brick wall with the oven is a dead give away.

nostalgia1960s
DeForest Kelley had a complicated relationship with this Star Trek catchphrase
Are you sure you want to delete this comment?
Close

RedSamRackham 9 months ago
* Beaver on Leave It To Beaver and Galen on The Munsters both got their heads stuck in the same fence! ☺
Like Reply Delete 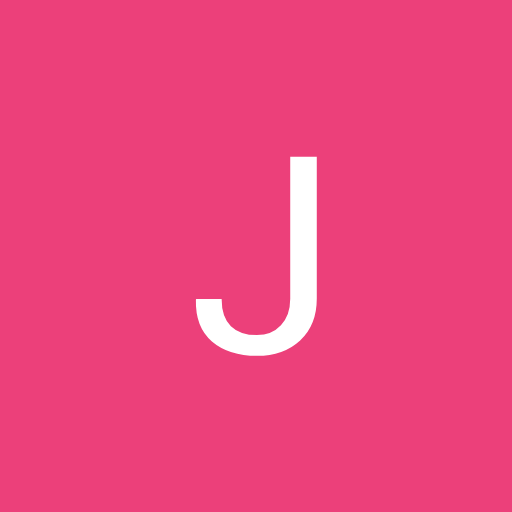 Jessy 33 months ago
This list could easily be at least 10 shows. For example, "Diagnosis Murder" likely shared some of their sets with the Perry Mason crew while some of the TV movies were being filmed.

Then there is the relationship with "Dukes of Hazzard" and "In the Heat of the Night" which both filmed in Covington, Georgia though Hazzard filmed most of its episodes in California.

Finally sets from "Gilmore Girls" have relationships with both Hazzard and "The Waltons." The Hazzard town square became the Stars Hollow town square while the bank became the grocery store in Gilmore and the high school was the Hazzard county offices in Dukes. Also Dean, Rory's on again, off again boyfriend shared the same house with Boss Hogg. Finally, the inn Lorelai owned later in the series served as the main house on "The Waltons."

In addition, the title girls shared the same house with the Dukes to the point that Rory and Daisy shared the same bedroom and the only difference is that Hazzard had a screen on the porch during that series run.
Like Reply Delete