Where To Watch Shop Store Contact
Home / Stories / 6 reasons 'The Man from U.N.C.L.E.' was the coolest spy show of the '60s

Did you know that the classic spy series of the Sixties had links to Bond, Sherlock Holmes and Star Trek? 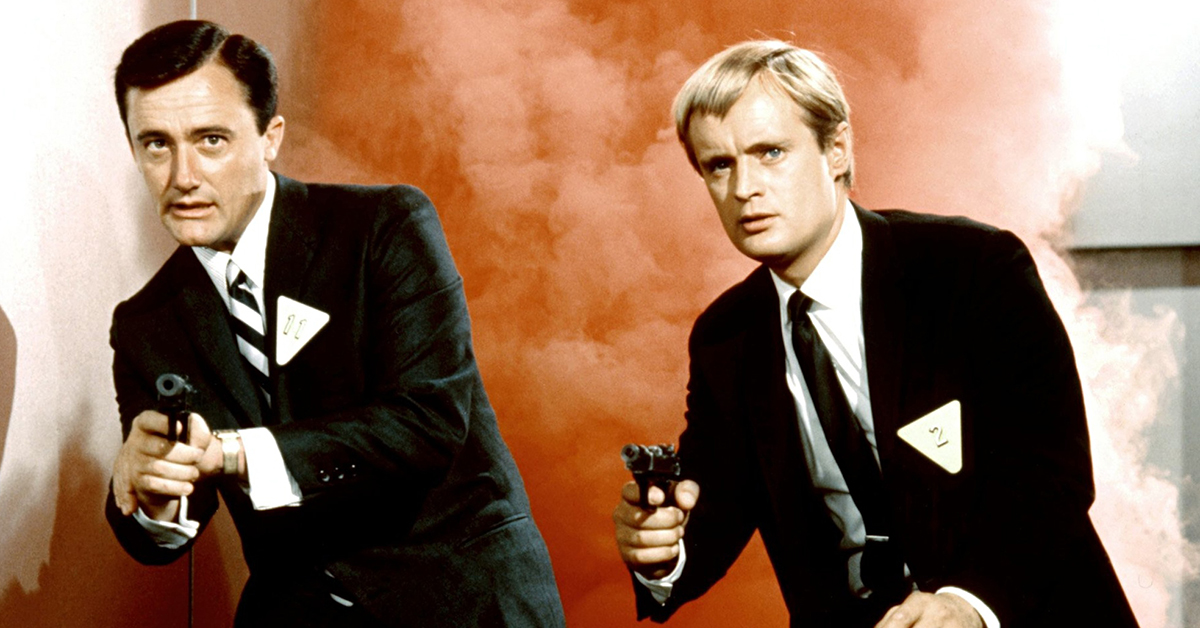 Some think that comic book culture is a modern phenomenon. Yet, the 1966 television schedule was a sci-fi and comic lover's dream. In the wake of James Bond, the spy genre was booming, too. Mission: Impossible, Get Smart, The Man Who Never Was, I Spy and The Avengers were all fighting the Cold War with gadgets and secret agent skills. And then, of course, there was The Man from U.N.C.L.E., America's first spy show.

When The Man from U.N.C.L.E. premiered in 1964, the TV Guide schedule was a landscape of sitcoms. The popularity of the show signaled a sea change in programming. Over the course of its four seasons, The Man from U.N.C.L.E. underwent drastic changes as well — as we'll get to below — making it arguably the definitive action series of the decade.

Here are six reasons The Man from U.N.C.L.E. is the coolest spy show of the 1960s — even when it became the silliest.

1) Like James Bond, Napoleon Solo and April Dancer were the brainchildren of Ian Fleming.

The show's creator, Norman Felton, enlisted former navel intelligence officer and novelist Fleming to come up with characters and premises for U.N.C.L.E. The Bond author dreamt up Napoleon Solo and April Dancer. The original title for the series was Ian Fleming's Solo.

2) It is technically set in the Sherlock Holmes universe.

U.N.C.L.E.'s nemesis, T.H.R.U.S.H. was founded by Sherlock Holmes villain Col. Sebastian Moran. In the backstory, Moran created the evil organization after his boss, Moriarity, went over the Reichenbach Falls. So, in a way, U.N.C.L.E. is a sequel to Sherlock — it is set in the same world. The modern Sherlock Holmes films and the new U.N.C.L.E. flick were all directed by Guy Ritchie, who has quietly developed his own cinematic shared universe. 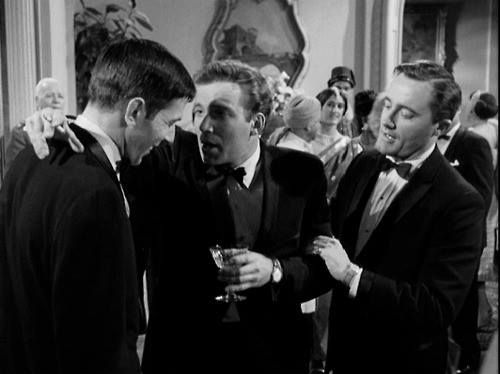 3) William Shatner and Leonard Nimoy appeared in an episode together — years before Star Trek.

In "The Project Strigus Affair," the ninth episode, the soon-to-be Kirk and Spock were on opposite sides. Shatner played a good guy, while Nimoy was a henchman. They appeared in one scene together, two years before the voyages of the Enterprise began! James Doohan also popped up on the show, Trekkies. And Sonny & Cher, for what it's worth.

4) It was three dramatically (and comedically) different shows in one.

The first season was in black & white, and befitting the shadowy look, took a more serious tone. In 1965, Napoleon Solo like Dorothy leapt into a world of bright color. In its four year run, the series had different showrunners each season, and each overseer brought a different style to a table. The show went from noir spy thriller to bright and light adventures to outright spoof, emulating the mod vibe of the hugely popular Batman.

5) A famous board game inventor designed the weaponry.

Reuben Klamer invented the classic Milton Bradley board game The Game of Life. He went from little pink and blue pegs and spinning wheels to deadly weaponry. Klamer designed "The Gun," Solo's nifty semi-automatic piece that could transform from a pistol into a rifle.

6) The United Nations made the writers come up with the acronym for U.N.C.L.E.

Initially, the creators hoped to leave the meaning of "U.N.C.L.E." undefined for added mystery. Considering the secret agency operated out of the east side of New York City, the real United Nations was worried that people would assume the "U.N." stood for, well, the U.N. So the writers came up with "United Network Command for Law and Enforcement."
Catch The Man from U.N.C.L.E. on MeTV every Saturday and Sunday night at 2PM | 1C. 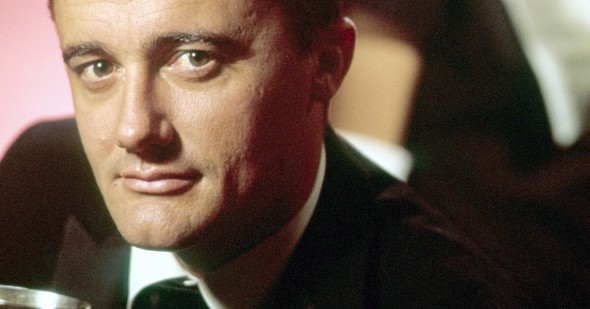 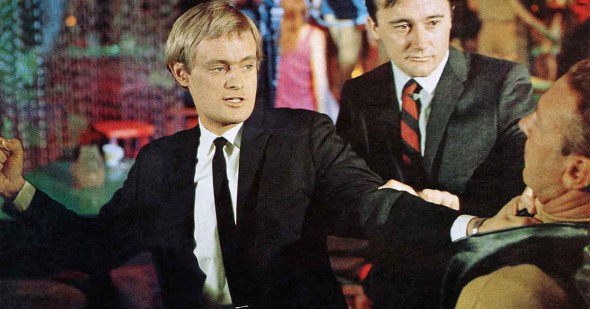 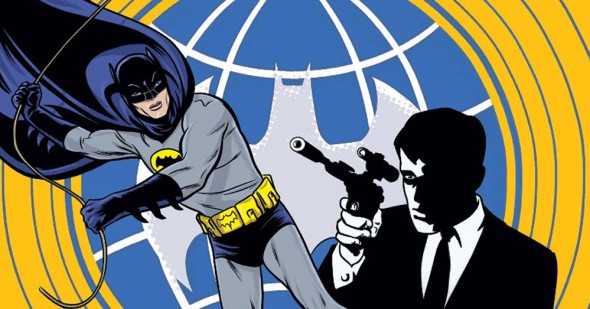 books
Batman will finally meet The Man from U.N.C.L.E.
Are you sure you want to delete this comment?
Close

Pacificsun 3 months ago
Danny Biederman (the featured collector, equally enthusiastic about my own passion) claimed over 4,000 pieces of memorabilia. For a collection to be really valuable is due to the 𝙙𝙚𝙜𝙧𝙚𝙚 of the item's authenticity, verified by eye witnesses, signatures, pictures of it, bonifide property masters (studios), and the stories around it.

In other words the more "first handed" is the possession, going into the second hand (and down the line) of a collector, the more certainty is attached, just 𝒃𝒆𝒄𝒂𝒖𝒔𝒆 so many things can happen during the transition. The story he told is priceless, for the reason that a one of a kind treasure (actually there were two) could've been lost forever, except for David's uncanny and inexplicable proximity to it. Keep in mind the further back the collection has started from, (he was only 10 yrs.) the more that a countless number of other fans are competing in exactly the same way David has.

While he didn't (and couldn't) share what he personally paid, I think it was lost on most viewers that his collection was reported to be worth from from $40,000 to $50,000 ~ MILLION ~ dollars! For a now nearly obscure series with only 105 episodes. Members of fandoms have spent a lifetime acquiring and trading even fewer pieces, off of websites and thru conventions. But David's done it the hard way. By individually tracking stuff down which has taken him decades! And long before the internet. A tiny few of mine came from the studio and first generation experience, but 𝒏𝒐𝒕𝒉𝒊𝒏𝒈 compared to his stories. And the priceless part comes from all the like-minded personal connections he's made along the way! Obsession is contagious.

Pacificsun LoveMETV22 4 days ago
Consider that there is an entire row of laughing their heads of silly smiley faces across the top line of my reply to you.

Except for B&W, do you really think these people would be as off-the-wall as they can be, sitting anonymously poised on top of their keyboards? Don't you think meeting face to face would make them more civil?

Of course you conveniently forgot the green room set aside for those wishing to brush up on their manners. Or those wishing to break an obsession with the time portal getting stuck. We'll put that sign up as "Back to the Future" and stay there my friends. Those wishing to discuss Happy Days exclusively may apply for a discount pass in "this" line.

Ohh, there could be all kinds of fun making this thing up. I'm almost inspired to create a Board Game like Monopoly to Play Meet & Greet at MeTV Headquarters!

Do you think we should warn them!!