Any time Mama appeared on screen, you knew it was going to be good. 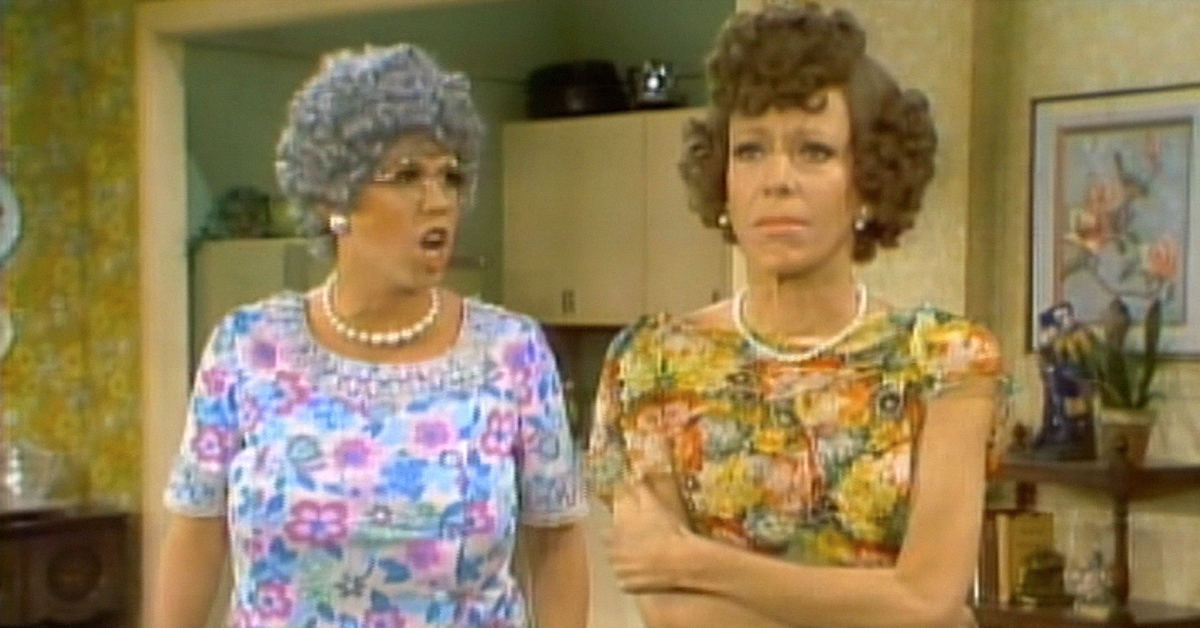 When you think of some of the funniest television shows of all time, The Carol Burnett Show should definitely come to mind. The sketch comedy show was consistently funny for 11 seasons. It provided some of television's best moments, and paved the way for Saturday Night Live.

We already know a few facts about Carol Burnett, so today we're revisiting some of the funniest moments from her eponymous show.

How many of these do you remember? You can watch clips from these moments below.

"The Family" was one of the funniest recurring sketches on the show, even spawning its own sitcom spinoff, Mama's Family, in 1983. But this particular sketch of the Harper family might take the cake, with Vicki Lawrence deadpanning the line, "There are splinters in the windmills of your mind."

If Gone with the Wind was a blockbuster for the film industry, then "Went with the Wind!" had the same impact on The Carol Burnett Show. While the whole show was filled with laughs, no other moment drew as many cheers as when Burnett walked down the stairs wearing the green curtains draped over her shoulders.

"Uhh, Mrs. Whhhiggins?" Burnett and Tim Conway were a match made in heaven as Mr. Tudball and his secretary, Mrs. Wiggins.

The Carol Burnett Show was known for its spoofs on popular culture. This one made fun of commercials for household goods that promised domestic tranquility.

Although it was Burnett's show, the supporting cast was essential to its success. Case in point, the dynamic between Conway and Harvey Korman when Conway plays a dentist who accidentally numbs himself while injecting Novocain.

MelissaMyers 27 months ago
The Sorry! skit, and Mama’s “Splinters in the windmills of your mind” is tied with “I thought turkeys could fly” at the top of my list of funniest tv I’ve seen in 52 years.
Like Reply Delete

KathyMcKinny 50 months ago
The BIGGEST, LONGEST laugh on the show wasn't the dress made from curtains, it was the elephant story Tim told in one of the family sketches,
Vicki cussed in it, so it isn't shown on TV, but you can find it on Youtube.
Like (3) Reply Delete

MelissaMyers KathyMcKinny 27 months ago
Even though I know what’s coming, by the time she says it, I am laughing so hard I can barely hear Vicki deliver that line. It’s watching how they are guarding against what Tim was going to say next, and BAM! there she is, with the best mic drop ever.
Like Reply Delete