From Charlie to Baby Soft, from the drugstore to department store, these were the scents to sniff in the disco decade. 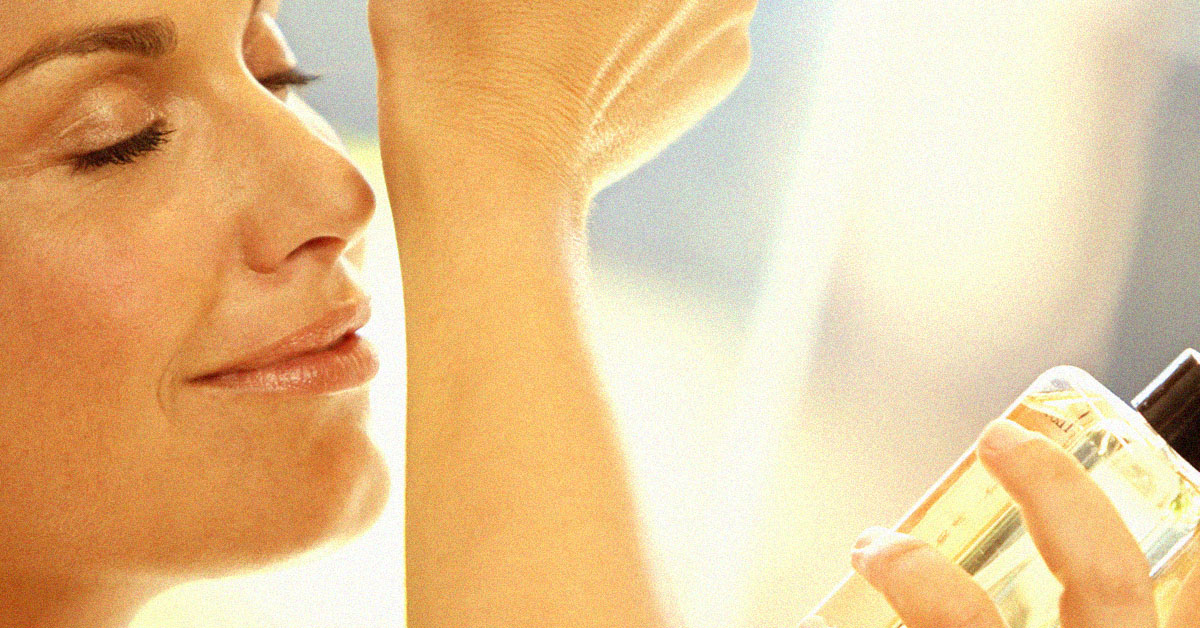 The 1970s were an earthy decade, from the brown and orange color tones in our homes to the shaggy hairstyles on our heads. So it's no surprise that the perfumes and colognes of the era were appropriately musky and woodsy. 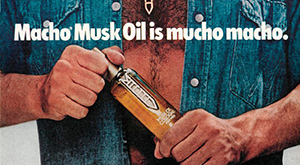 Of course, flowers were still a mainstay of the perfume industry. The disco decade was also a time of massive marketing expansion, as more and more products appeared in our stores. There were dozens of strange shampoos alone.

Combine that with a growing population of working women, and you have a plethora of advertising for the woman of the 1970s.

Some of these scents were sold in drugstores, while others were kept in glass cases at the department store.

Have you worn — or sniffed — any of these? 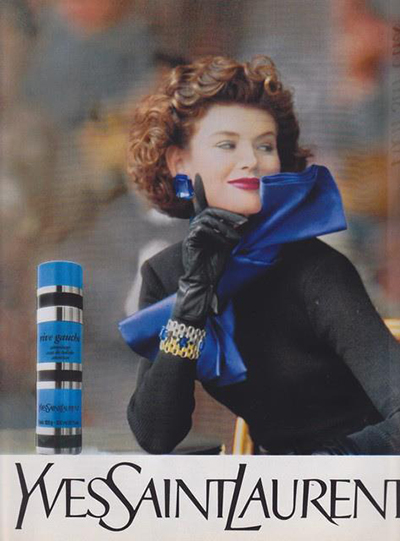 YSL in some ways kicked off 1980s style with its "Left Bank" and ad campaign. The bottle was a sleek cylinder in black, blue and chrome. 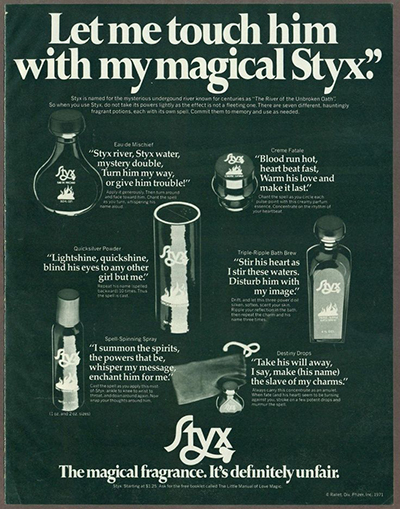 Coty later jumped in the musk game with its Wild Musk, but this ad for "the magical fragrance" charmed us with its spells. 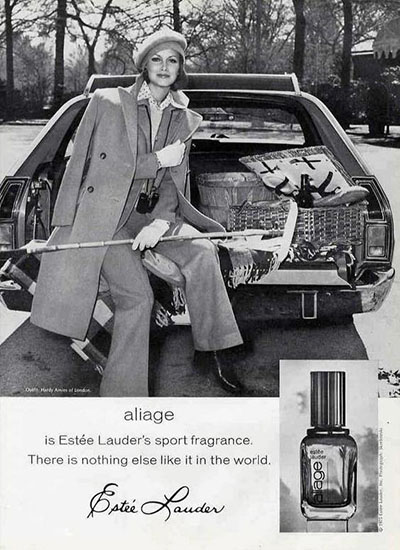 Ah, yes, a "sport fragrance." We think picnicking is a sport, too. 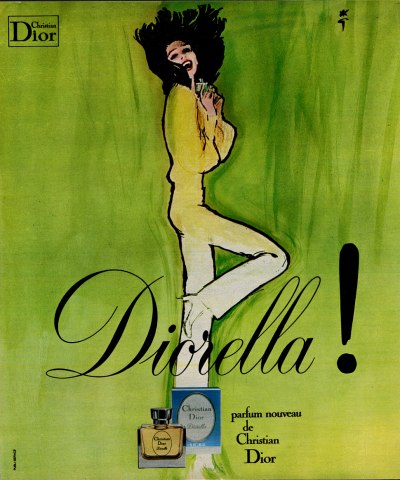 As the green color scheme implied, this had high citrus notes. 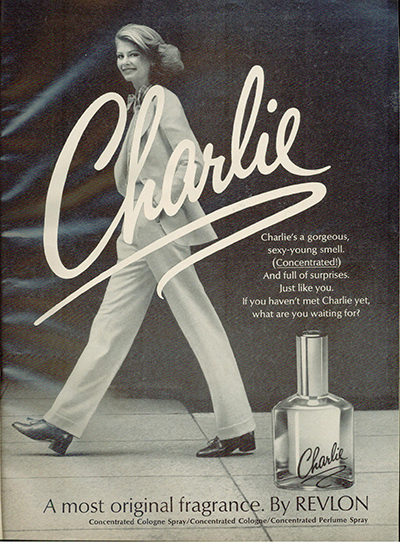 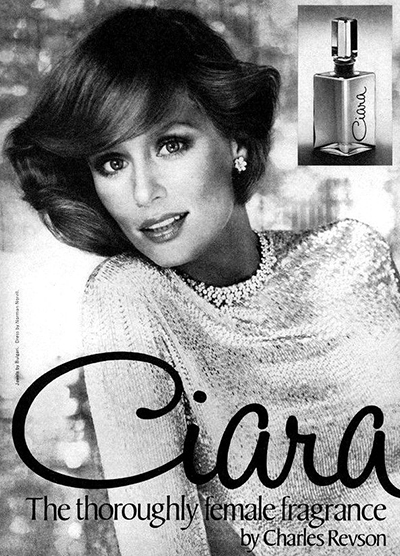 For those that wanted a stronger, earthier scent than Charlie, there was Ciara. 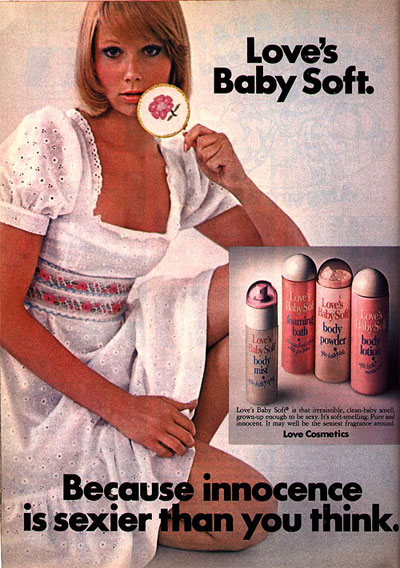 In some ways, Baby Soft was sort of the Axe Body Spray for young women in the 1970s. The ad campaigns tended to get a little creepy. 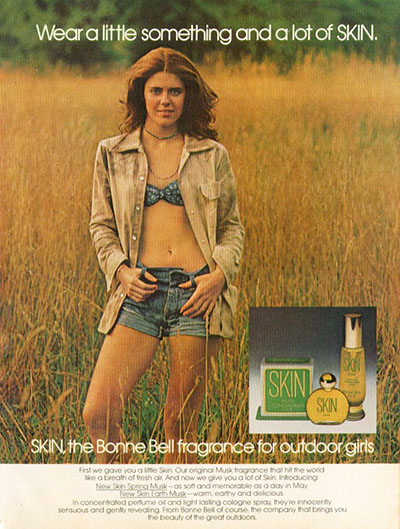 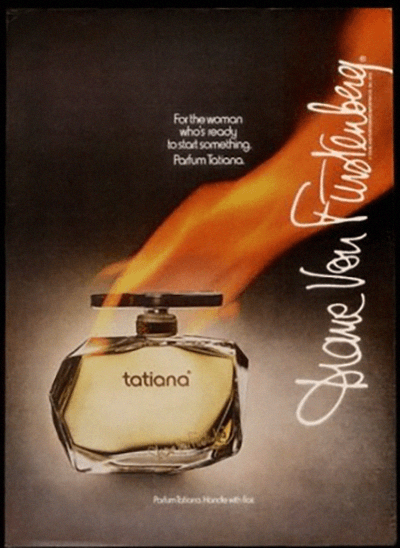 "For the woman who's ready to start something." Named after the designer's daughter. 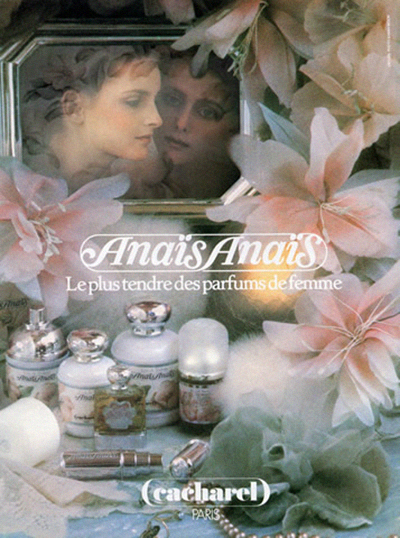 Image: Raiders of the Lost Scent

So flowery the ad looks like it was photographed through a lily petal. 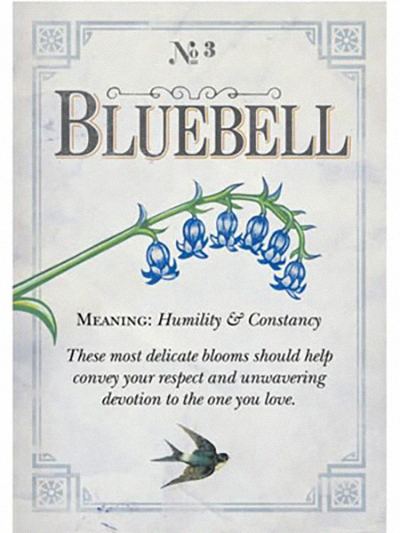 "Bluebell by Penhaligon's" sounds a bit like an Alfred Lord Tennyson poem. 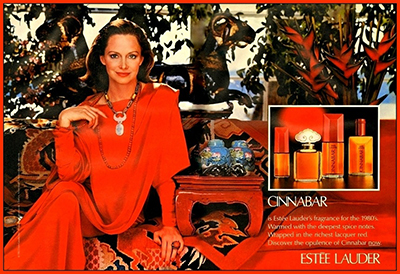 "Cinnabar" would also make a great name for a sticky bun shop in the airport. 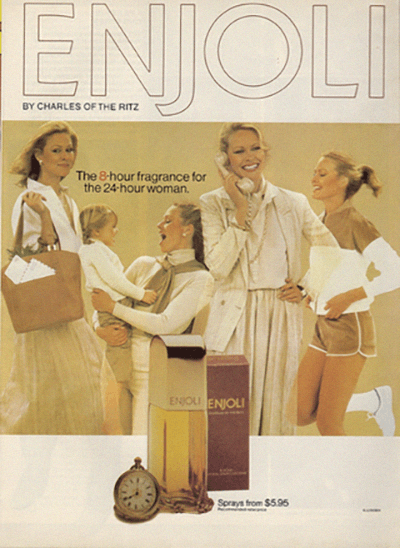 Charles of the Ritz cranked out this budget scent for the "24 hour woman." The commercials featured a woman singing a bluesy song, "I can bring home the bacon, fry it up in a pan." 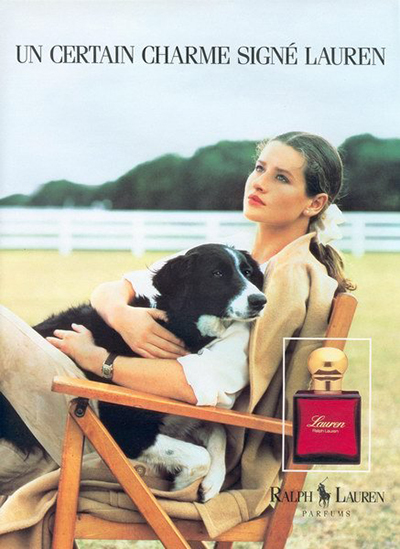 You have to give it to Ralph Lauren for not changing from decade to decade. 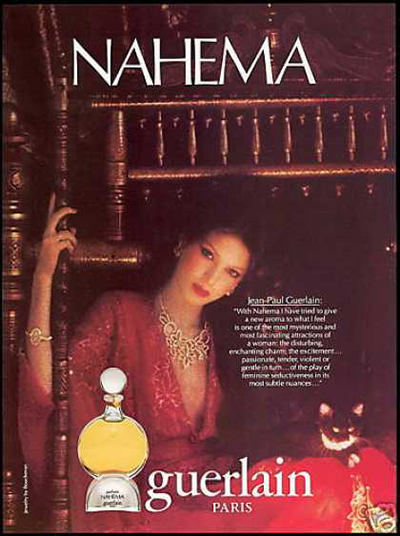 Jean-Paul Guerlain closed out the decade with this rose-heavy perfume.

KMP50 32 months ago
What about Skin Civet? I wore that religiously!
Like (1) Reply Delete