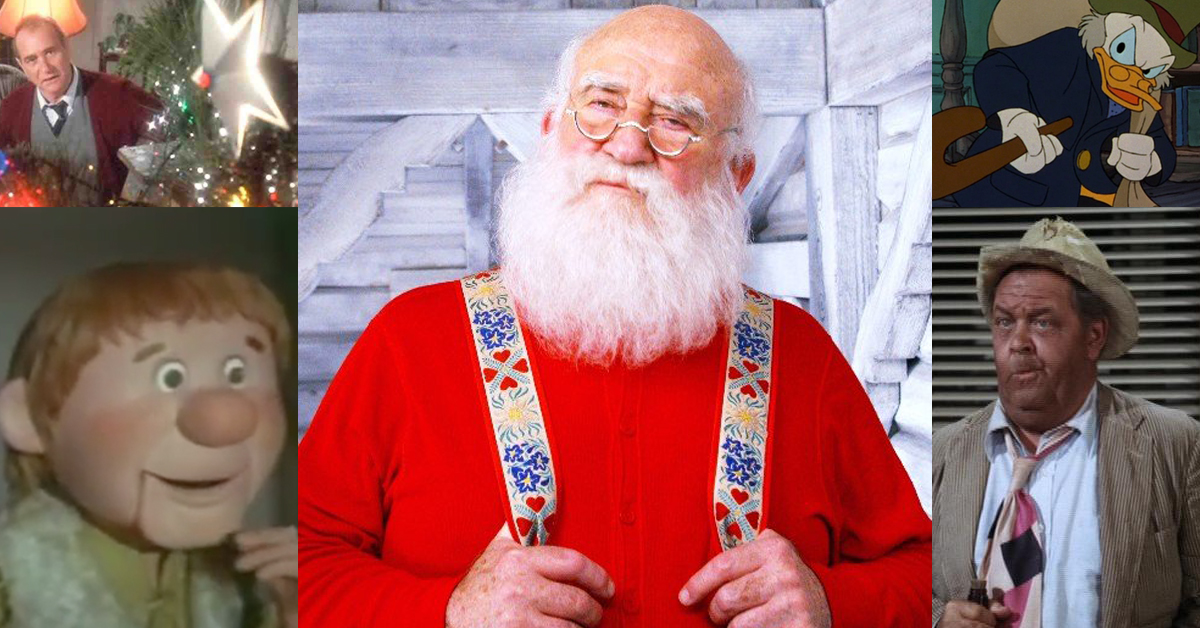 Over the years, we've seen a lot of actors step into the Santa's shoes on both big and small screens. Some of the most iconic performances have actually come not from the North Pole but from classic TV, where even a top actor like Ed Asner didn't consider it stooping to step into Santa's sleigh. Flip through our favorite appearances, then read more about these holiday roles below:

Ed Asner famously portrayed Santa Claus in Elf, the 2003 Christmas comedy starring Will Ferrell, with a supporting cast that also featured classic TV icon Bob Newhart as Papa Elf. It was a role that came well after Asner had already successfully spun off his character from The Mary Tyler Moore Show into his own series Lou Grant, but for some TV stars, the Christmas movie they took part in came before their TV career started.

Donna Reed is probably the most famous face from TV (The Donna Reed Show) associated with Christmas, since her movie It's a Wonderful Life (starring James Stewart) is one of the most unique fantasies spun from the holiday season. But the year after we watched Reed and Stewart discover their true meaning of Christmas, one of the biggest Christmas movies of all time arrived, and on its cast? One of TV's most familiar faces.

In 1947, Miracle on 34th Street debuted, winning Oscars for Best Writing and Original Story, plus another win for Best Supporting Actor for Kris Kringle star Edmund Gwenn. And although the spotlight was difficult to steal, it's likely I Love Lucy fans fondly remember William Frawley in his role as a political advisor who cautions the judge not to rule against Santa's very existence.

It wasn't until the 1970s when we would see another stream of TV stars blast into cherished Christmas movies, starting with a little storytelling from Hal Smith of The Andy Griffith Show. Smith starred in the animated special Santa and the Three Bears, voicing the characters of Uncle Hal, Mr. Ranger and Santa. Then, for fans of Rankin/Bass' spirited stop-motion holiday specials, you'll be delighted to recognize F Troop star Larry Storch as Papa in the 1979 classic Jack Frost. And while the Star Wars Holiday Special has its own seasonal flavor, who could forget seeing comedic stars Bea Arthur, Art Carney and Harvey Korman as bonus gifts in the cast? 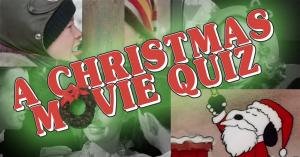 Can you guess these Christmas movies from one single frame?

In the 1980s and '90s, more joy could be found for fans of Kolchak: The Night Stalker, when Carl Kolchak himself stepped into the now-classic A Christmas Story as The Old Man Parker. We also saw John Goodman turn up with button eyes as Frosty in Frosty Returns (which is billed as not quite a sequel to the 1969 original, but it's still cool). Then the Tool Man from Home Improvement Tim Allen went and made himself a merry franchise in The Santa Clause.

But perhaps the most nostalgic gift that came in the 1990s was Mickey's Christmas Carol, which featured Hal Smith again, this time as Goofy/Jacob Marley's Ghost, as well as Mister Ed star Alan Young in the role of Scrooge. Like cookies left for Santa, it's a treat to hear both classic TV stars voice iconic Disney characters, and for many revisiting Mickey's version of the Dickens tale has been a time-honored tradition for the past 35 years.

Amalthea 25 months ago
While not a Santa role, Ed Asner was also in the 1977 TV Christmas Movie, "The Gathering", with Maureen Stapleton, Gregory Harrison, Stephanie Zimbalist, Bruce Davidson, Veronical Hamel, Lawrence Pressman, James Karen, Rebecca Balding, And Gail Strickland. I have it on DVD, and it's my favorite Christmas movie. I watch it every year.
Like Reply Delete

x60hz11 Amalthea 12 months ago
I agree. Great acting in that movie.
Like Reply Delete

jholton30062 37 months ago
William Frawley also plaed Gloomy Willie in "The Lemon Drop Kid" with Bob Hope. At one point he's a street corner Santa singing "Silver bells/Silver bells/Let's put some dough in the kitty/Dump it in/Dump it in/Or Santy will give you you a mickey..." Here's the scene: https://www.youtube.com/watch?v=ki1x-d8asq0
Bob, Marilyn Maxwell, and Frawley all were pretty good singers.

And don't forget Sebastian Cabot, who played Kris Kringle in a MFTV remake of "Miracle on 34th Street."
Like Reply Delete

ETristanBooth 37 months ago
Art Carney was also in the Twilight Zone Christmas episode, "Night of the Meek."
Like (1) Reply Delete

Tresix ETristanBooth 37 months ago
That was what I thought they were going to show for Carney.
Like Reply Delete