"Don't play with it or lick it," Snack Pack the Talking Horse warned. 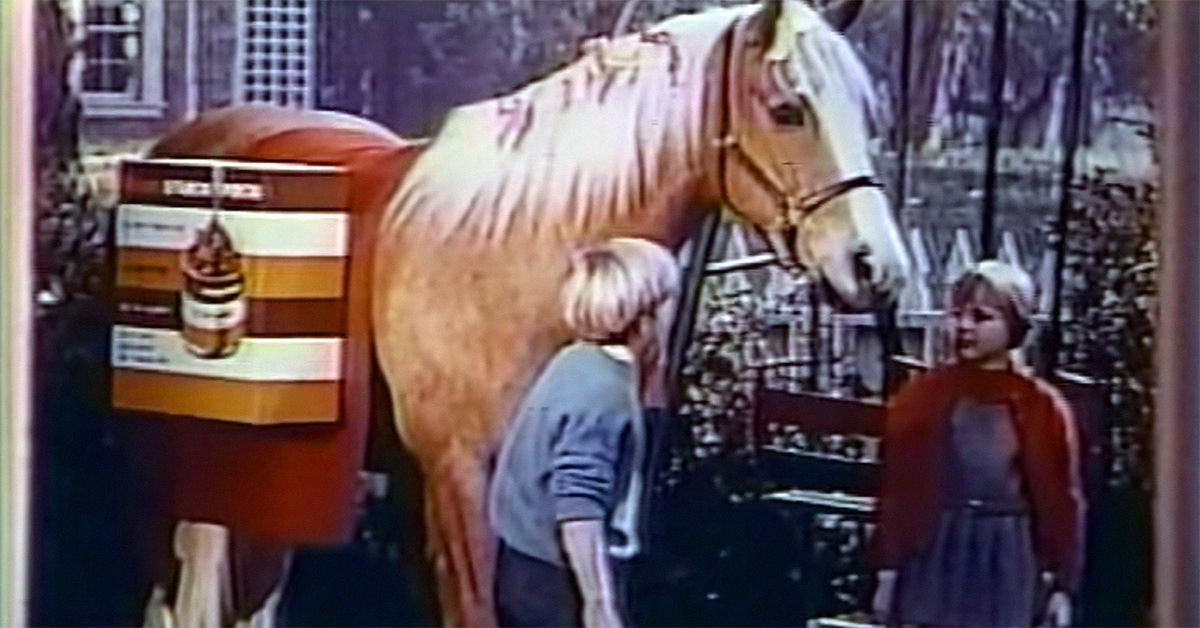 When it comes down to it, you can essentially divide Americans into two age groups — those who cut their tongue licking the metal lids of their Hunt's Snack Pack, and those who grew up with safe, plastic pudding.

The Hunt's Snack Pack is perhaps the most nostalgic food item in pop culture. No treat seems to trigger an emotional reaction like those little cups of creamy goodness. A stash of metal Snack Packs made an appearance in the Netflix sensation Stranger Things, a series set in the early 1980s. The scene prompted thousands of fans to call up Hunt's and demand a return of the retro aluminum packaging. Believe it or not, ConAgra Foods, the current parent company of the pudding cups, suggested that the throwback Snack Packs could return to shelves in the near future.

There's likely one thing holding up the return — those things were rather dangerous. The lid was like a blade.

Hunt's Snack Pack is nearly half-a-century old, having made its debut in 1968 after Hunt-Wesson developed a shelf-stable milk pudding. The product launched with a mascot, a horse named Snack Pack. Yes, that was a pretty great name for a pony. Snack Pack (the horse) was seemingly related to Mister Ed, as he talked to children with a similar voice. (Actually, he sounded a bit like Yogi Bear.)

"Slowly now," Snack Pack cautiously neighs. "Keep your finger in the ring," he warns. "Don't play with it or lick it or keep it in your hand."

Clearly, the lid was a hazard, as the ads treated the thing like a ninja's throwing star. A few years later, Hunt's modified the packaging, tauting "Child Safe Life." Alas, Snack Pack the Horse was gone, too.

Let's take a quick look at the history of this beloved lunch-box staple. 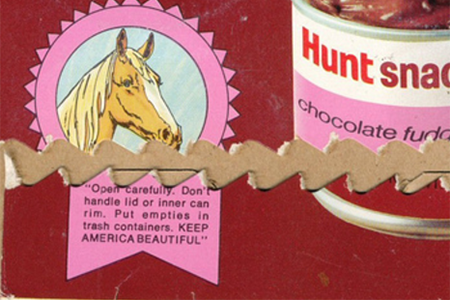 "Open carefully. Don't handle lid or inner can rim," Snack Pack the Horse warned on this vintage box from the 1960s. 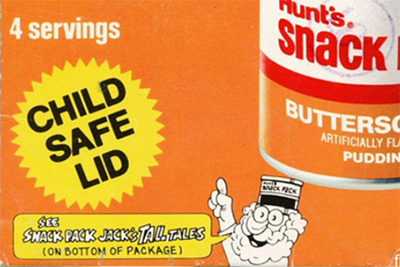 Snack Pack Jack, a bearded man with a pudding can atop his head, replaced the horse. Notice the new promise of safety. The back of the packaging also featured comic strips with Snack Pack Jack. Mmm… butterscotch. 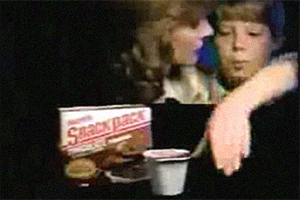 George Orwell was wrong about 1984. It's wasn't dystopia — it was a new futuristic era of pudding. Plastic! Hunt's introduced the plastic cup that year. You will note, however, that they were originally cased in white plastic. That would change the next decade. 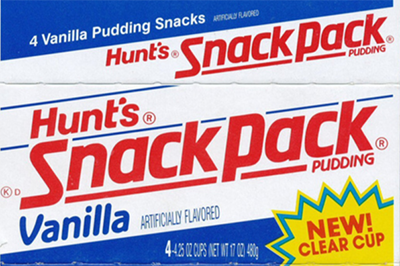 At last, in 1990, the modern clear plastic Snack Pack was introduced. Today, ConAgra does about $200 million in annual sales of the stuff, which comes in many varieties.

Somehow, though, it just doesn't taste the same without that aluminum. Don't you agree?

RaynaGorowitz 12 months ago
Fun fact. There was a commercial for Snack Pack pudding in the ‘70s where an animated housewife riding an electric mixer doled out the creamy delicacy to a group of live-action kids at a swimming hole. One of the kids was a little dark haired girl wearing a red babykini and swinging on a tire swing. That pigtailed cutie was none
other than a certain Melissa G. Yes, indeedy! Half Pint herself, before she traded her bunches for braids and her kiddie-kini for calico — and traded snarky remarks with Nellie “witch-with-a-B” Oleson.
Like Reply Delete

Delmo 34 months ago
Grew up in the '70s and I NEVER once cut my tongue licking the metal lid.
Like Reply Delete