The 6 best episodes of 'The Mary Tyler Moore Show'

A little song, a little dance, a little seltzer down your pants! 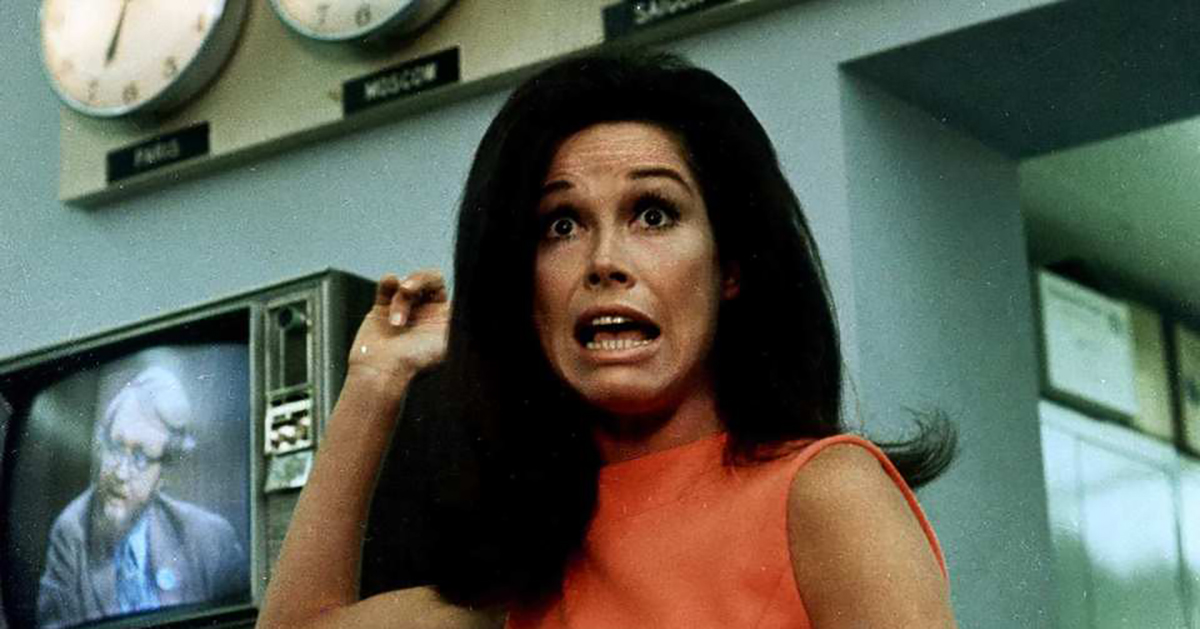 The Mary Tyler Moore Show was one of the most groundbreaking television series of all time.

Here was a career-driven woman, fronting a primetime sitcom. Mary Richard's life didn't revolve around her romantic interests. Instead, the show focused on her job as a TV news producer and friendships with her neighbors and coworkers.

As opposed to the blatant manner in which most 1970s sitcoms addressed social issues, Mary Tyler Moore was more covert. It was only after you finished watching an episode that you realized the heart of the matter.

These episodes highlight the show's impeccable ensemble cast, Moore's serious comedic chops, and some of the issues tackled by the series. 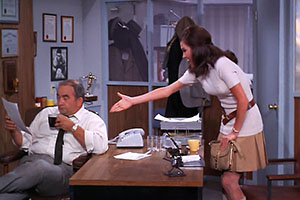 The first episode of The Mary Tyler Moore Show sets the stage for the critically acclaimed series, although it would take a while for the show to hit its stride. Mary moves into her new apartment, Mary gets a new job at WJM-TV, and new relationships are formed with Rhoda Morgenstern, Phyllis Lindstrom and Lou Grant.

"Love Is All Around" is important because it introduces the balance between Mary's work and home lives. But even if it weren't for that, Lou telling Mary he hates spunk is reason enough for the series premiere to be included on this list. 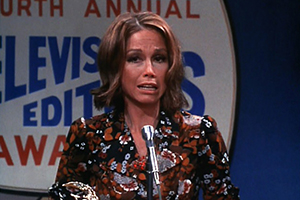 It's a classic story that showcases Moore's brilliant comedic timing. When Mary is nominated for a prestigious award, everything starts to go wrong. It doesn't help her mood when everything suddenly starts going right for Rhoda at the same time.

"Put On A Happy Face" is just another example of why The Mary Tyler Moore Show was the most-awarded show at the Emmy Awards until 2002. The sitcom won an astounding 29 Emmys over the course of seven years. 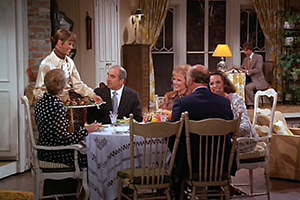 If you ever need reassurance as to why The Mary Tyler Moore Show had one of the best ensemble casts in history, watch this episode. Mary's failed dinner parties have become a running joke among her friends. To prove them wrong, Mary hosts a dinner party with the help of Sue Ann Nivens.

"The Dinner Party" features one of the first appearances by Betty White as the Happy Homemaker — not to mention a guest appearance by a then-unknown Henry Winkler. We won't spoil the ending for you, but let's just say the opinions of Mary's friends don't change. 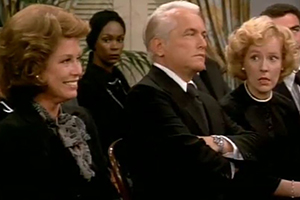 Not only is this Emmy-winning episode considered the best of the series, it might just be the best sitcom episode of all time. Period. The newsroom gets shocking news about the death of one of its correspondents, Chuckles the Clown. To the horror of Mary, it doesn't take long for her coworkers to crack jokes about the unfortunate situation. Mary struggles with how to react to Chuckles' death until she's overcome with laughter.

The Mary Tyler Moore Show brilliantly tackled one of TV's biggest taboos with "Chuckles Bites the Dust," not by showing death, but showing how people react to it. Who knows, it might just help you cope with the loss of Moore. 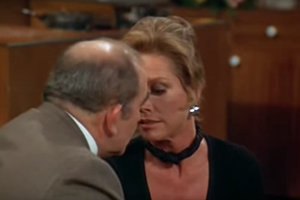 By the penultimate episode of the series, there was one question that had yet to be answered: "Will they or won't they?" We're talking about Mary and Lou, and whether they would finally get together. In the episode, Mary questions why she hasn't dated her coworker, and finally asks him to dinner.

The dinner goes awkwardly, of course, and the two decide to remain friends. Not only is the comedic timing perfect in "Lou Dates Mary," the episode also keeps the show true to itself. The Mary Tyler Moore Show was never about Mary finding love — it was about her journey as a single career woman. 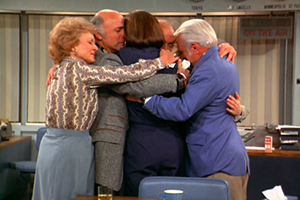 Series finales are always hard to pull off — and that's assuming it gets advance notice of one in the first place. The Mary Tyler Moore Show ended its seven-year run with this episode, a perfectly comedic and touching send off to the characters we had grown to love.

When WJM-TV is sold, the team finds out restructuring has caused them all to be terminated (save for Ted). Mary has a hard time believing it's all over, just as audiences did when the show ended 40 years ago. "The Last Show" is a heartfelt goodbye, and it's also a template many other series look back to when crafting their farewell statements.

rotiri 29 months ago
..I am making a good salary from home $1200-$2500/week , which is amazing, under a year back I was jobless in a horrible economy. I thank God every day I was blessed with these instructions and now it's my duty to pay it forward and share it with Everyone, Here is what I do........... > www.2salary.com

xaripi741 29 months ago
My last month paycheck was for 11000 dollars… All i did was simple online work from comfort at home for 3-4 hours/day that I got from this agency I discovered over the internet and they paid me for it 95 bucks every hour....
www.more.cash61.com
Like Reply Delete

wanderer2575 29 months ago
According to Gavin McLeod, the funeral scene in "Chuckles Bites the Dust" was filmed twice. Mary had to perform that perfect balance between laughing and crying twice.

Ed Asner noted in an interview that, as written, the script for "Chuckles" was about five minutes short. But all the live audience laughter at their bad jokes and puns gave them their five minutes.

MichaelHopkins wanderer2575 13 months ago
IMO the funniest 30 minutes ever on television. Period. Between MTM and All in the family T.V.in the 70's will never be equaled.
Like Reply Delete