From Aunt Bee staying to Lucy's baby announcement, these scenes made us weep with joy. 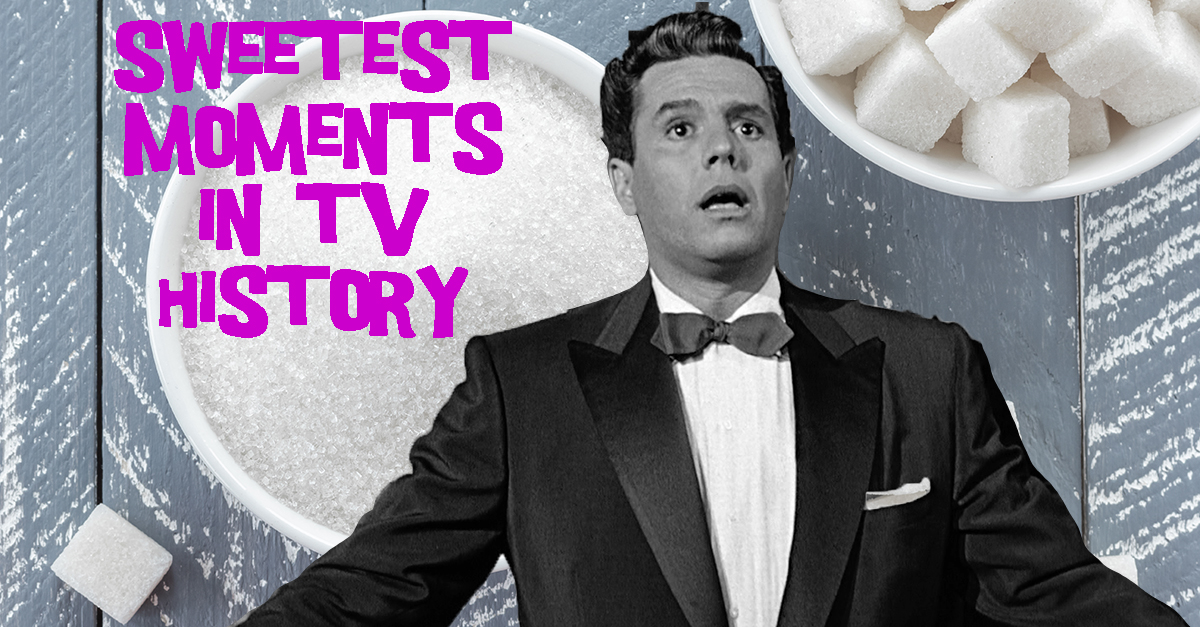 Over the years, television has gifted us with the sort of feel-good moments we normally reserve for our actual loved ones. In many ways, the special connection we make with shows like Leave It to Beaver or I Love Lucy is a testament to their genuinely touching writing and performances. 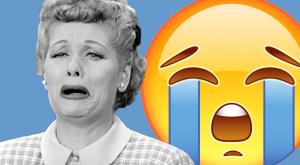 In these classic shows, their worlds weren't so warped by the TV; we could imagine stepping into them. It's why we keep returning to them, again and again.

Now we invite you to peer back into fondly remembered scenes from some of TV's best sitcoms. So, go ahead and grab your tissues. It's time to stop and thank the TV for these tender, sweet moments that we'll treasure forever.

The Andy Griffith Show kicks off with Opie not so sure how he feels about the new housekeeper, Aunt Bee. But by the first episode's end, he's flung his arms around her neck and decided she should stay. It was a great beginning to a show that we could depend on to make us chortle more often than choke us up.

The father and son bike ride on 'My Three Sons'

Getting home is a struggle in the first season episode of My Three Sons, "Adjust or Bust," which is all about the minor inconveniences that can get in the way of a good day. Everyone makes it home okay in the end, thanks in part to this adorable tandem bike ride.

Cheering up the Fonz on 'Happy Days'

In the two-part episode "Fearless Fonzarelli," the Fonz is bed-ridden after injuring his knee. Richie spends the whole episode trying to cheer him up enough to walk again, and this moment with Richie, Potsie and Ralph is a particularly memorable part of his plan.

Beaver's going away party on 'Leave It to Beaver'

In "Beaver Says Good-Bye," high jinks ensue when Beaver tells his class a bit too prematurely that he'll be moving to a new neighborhood. Of course, the sale doesn't go through on the house, and Beaver is at a loss for how to correct his classmates, who throw him the sweetest going away party. As his face is eclipsed by their gifts, viewers can identify both with the guilt Beaver feels and the old-fashioned neighborliness of each kid in his class pitching in for a proper goodbye.

In "My Blonde-Haired Brunette," Laura breaks down after Rob laughs off her kiss and she discovers a gray hair. It's an overwhelming double-whammy that motivates Laura to dye her hair blonde, only to hate the way that looks even more. Here we see one of TV's sweetest meltdowns performed, which was such an amazingly touching comedic performance that producers moved this episode up to air second in the show's debut season.

Felix at the pearly gates in 'The Odd Couple'

For The Odd Couple episode "What Makes Felix Run," Felix has this great dream that finds him and Oscar as angels at the pearly gates of heaven. Even there, Felix's neatness is incurable, as he points to the stardust and says, "Dust is still dust!" It's one of those quintessential character moments that can be overwhelmingly endearing when done right, and Tony Randall nails it.

Alice tucks in Ed and Ralph on 'The Honeymooners'

The Honeymooners is known for its lovably contentious scenarios, and "TV or Not TV" is no exception. The episode finds Ralph and Ed fighting over the TV they bought together and agreed to share. When the episode winds down, we see Ralph and Ed find common ground in a great late-night movie. They sweetly fall asleep in front of the set and Alice comes out to tuck them in where they lay, a scene that hit home for every family watching.

What could be sweeter than a solider with a teddy bear? That's what M*A*S*H unwittingly asked when a random note in the script to include a teddy bear in Radar's arms created an unexpected icon for the show, appearing in close to 20 episodes.

The group hug on 'The Mary Tyler Moore Show'

"The Last Show" of The Mary Tyler Moore Show was bound to be a tearjerker, but even careful viewers who prepared with a box of Kleenex were likely not prepared for just how sweet it was when the gang got together for a group hug before shutting off the lights for good.

Lucy breaks the big news on 'I Love Lucy'

We're just going to call it: The sweetest thing that ever happened on TV was when Lucy broke the news to Ricky that he was going to be a daddy. Not only was it true on the show and in real life, but the moment they concocted was beyond perfect. Ricky takes a request for an unknown couple celebrating a baby coming and goes from table to table searching for the right lucky new parents. When he realizes it's Lucy, it's just priceless, and viewers around the world still trouble not to blubber over it today. 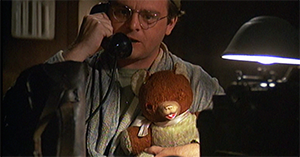 Need more warm and fuzzies? Take a look at every single time Radar squished up his trusty bear on M*A*S*H. READ MORE

Delmo 1 month ago
Hard to beat Ricky finding out that Lucy is pregnant.
Like Reply Delete