Trust us, sometimes the best things shouldn't have to bear repeating. 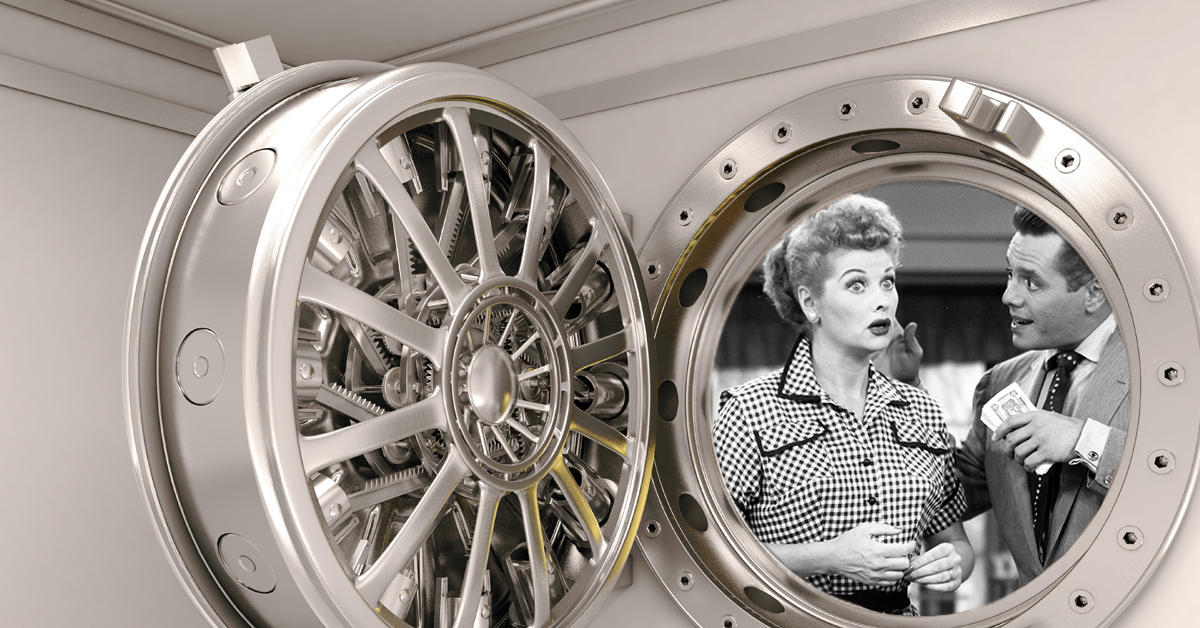 It seems like lately no classic series is safe from the looming notion of its eventual reboot.

Currently, there are reboots in the works for The Twilight Zone, Lost in Space, Magnum, P.I. and many more, and for years, they've been threatening us with a reboot of Perry Mason. Verdict's out if that will ever come to light. (Don't worry; we're already prepared to defend the notion that the classic is better). 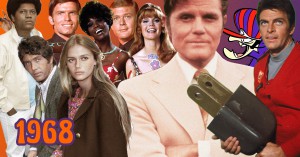 Although some recent reboots have been modestly successful, like new versions of The Odd Couple and Hawaii Five-O, in our humble opinion, they all fail to capture the original magic of the classic series they're attempting to revive. In many cases, it's all about the acting, and that meddling issue today's actors encounter when the original character is so iconic, it puts a lot of pressure on new faces not to pale in comparison.

As another year winds down and we allow ourselves to look ahead, we have a shrinking list of classic series that we think warrant our protection, as serious fans who hate to see a good thing slicked up for new TV viewers. Below, we list them out and name the most untouchable episodes of iconic shows like I Love Lucy, M*A*S*H and Leave It to Beaver.

If it was up to us, we'd store all these shows in a vault to protect them from any reboot attempts, because, trust us, sometimes the best things shouldn't have to bear repeating.

There is no rebooting Lucille Ball. Can we at least agree to that? No matter how funny an actress is or how flaming red the hair dye gets, we’ll never be sold on a new Lucy Ricardo. That’s because Lucy wasn’t just a funny lady. She was a once-in-a-lifetime package: Beauty, brains and brawn. From her iconic expressions to the sheer physicality of her comedic blocking, the character was almost entirely a product of one person’s genius. To prove the point, just go ahead and picture any other actress from any other time and plug her into the classic episode “Lucy Does a TV Commercial.” Just the thought of it has us gulping back the lump in our throats with the force of Lucy swigging Vitameatavegamin.

Leave It to Beaver is probably one of the most-referenced shows in classic TV history. The show is synonymous with simpler times. As nostalgia runs thick with today’s audiences, we say hands off The Beaver. It took hundreds of interviews with child actors to find Jerry Mathers, and he became an American icon because he was just undeniably perfect for the part, with his freckles, wide eyes, and innocent round face. For just one example, consider the episode “The Pipe,” where Mathers appears with genuine tears after sneaking his first puff off Ward’s fancy new pipe. The faces in this episode and the whole series are too precious to be copied, even after all this time.

Among the best ensemble casts ever put together on TV, M*A*S*H remains one of the most popular TV series of all time due to the magnetic pull of each and every actor involved. The strength of the cast (which was informed by the critically acclaimed performances we saw in the 1970 M*A*S*H movie) cannot be understated and would be difficult to replace in primetime. This is perhaps never more apparent than in the episode “Abyssinia, Henry.” Much of the episode is uplifting and in party mode, but the shocking twist of its conclusion was intentionally withheld from the TV actors. So when we see the whole M*A*S*H crew react to the devastating news of Henry Blake’s death by plane crash, each reaction is improvised on the spot. That’s a once-in-a-lifetime kind of TV magic that we think could not easily be revisited.

Untouchable episode: ”Murder By the Book”

The whodunit classic series Columbo started off with a bang in 1968, with a stunning first episode called “Murder By the Book.” Not only was it directed by Steven Spielberg and set on a scenic lake, but it memorably pitted its star Peter Falk against Jack Cassidy, in his first of three stirring turns as a memorable Columbo villain. Although the show’s structure and style seem easily duplicated, it was Peter Falk’s acting that drew all the Emmy awards attention. For that reason, we’d strongly caution any new actor from getting too close to the icon’s cigars.

Casting for I Dream of Jeannie nearly drove series creator Sidney Sheldon to his wit’s end. At last, he gave Barbara Eden’s agent a ring and sealed the deal on one of TV history’s most unique fantasy sitcoms. Shying away from a female lead who’s a housewife, the romantic chemistry between Eden and costar Larry Hagman built up over five seasons until the episode “The Wedding” finally saw them married. According to Eden, this was the beginning of the end in terms of the show’s freshness, but she also points to “The Wedding” as one of her favorite episodes. In it, Jeannie casts her likeness into a mannequin, whose robotic movements epitomize Eden’s grip on the show’s special brand of comedy. That’s the only way she can be in her wedding photos, since she otherwise cannot be photographed. Just as the fictitious Jeannie couldn’t be captured by film on the show, we saw a reboot could never quite reach Eden’s level of TV magic.

Untouchable episode: “And Now, a Word from Our Sponsor”

There can only be one Brady Bunch, even if the ‘90s movie did do its best to turn the classic sitcom on its head in its irreverent efforts at parody. It would take an honest effort to replicate the sincerity that made the entire clan a cultural icon, and it’s something that we’d frankly rather not see attempted. We’re pretty sure Sherwood Schwartz would agree with us too, given that the Peter Baldwin-directed episode “And Now, a Word from Our Sponsor,” is all about how the Brady family has inherent star power, casting them in a commercial—just like Lucy.

Tim 19 months ago
No reboots of anything. Let Hollywood get an original idea again!
Like (1) Reply Delete

jamiahsh 41 months ago
No reboots however if the right project came along and the entire casts of beloved series were involved then why not? Notable misfires include: The Brady’s (wasn’t old enough to remember the Variety Hour, or Brady Brides tv series, but the Christmas movie was good). The two big screen parodies of the Brady Bunch worked IMO unlike the Bewitched movie.

The reunion movies of the past were hit or miss. You don’t see many of those anymore. Just seems like the seemingly frequent reboot or continuation series ala Fuller House. But yes there are some shows that definitely should not be touched. Lucy should be on the top of that list. She created at least two other hit series following the original (of which I consider the Comedy hour to be an extension of.
Like (1) Reply Delete

Woodie 41 months ago
Jeannie's co-star was Larry Hagman (Tony Nelson) not Tony Randall.
All shows have had some sort of spin-off show whether it be shows in later years with the original cast or post-series TV movies. The only shows to have a true reboot were Leave it to Beaver & The Brady Bunch--both via motion pictures with only Beaver being a true reboot as the Brady Bunch movies were done tongue-in-cheek.
(1) I Love Lucy-The Lucy-Desi Comedy Hour (1957-60)-follow on to the original show (1 hour specials shown months apart, 13 episodes over 3 years)
(2) Leave it to Beaver-had a movie with a new cast (1997), plus the Still the Beaver (television movie) and TheNew Leave it to Beaver series (1983-89, 104 episodes vs 234 of the original series)
(3) M*A*S*H-Spin-off AfterMASH (1983-85), plus kind of a spin-off Trapper John, M.D. (1979-86)
(4) Columbo-Multiple, post series TV movies, plus a Mrs. Columbo spin-off
(5) I Dream of Jeannie-three subsequent TV movies, and a semi-prequel spin-off (Jeannie, cartoon--Jeannie is a teen age genie).
(6) The Brady Bunch-Three follow-on TV movies/series plus the Brady Kids (animated of the kids 1972-73) & Brady Bunch Hour (1976-77)-started with a special then had 8 subsequent episodes.
Like (2) Reply Delete

MrsP58 Woodie 40 months ago
Thank you, Woodie. You saved me the trouble of going on a tirade about which idiot said that Jeannie's co-star was Tony Randall. Surely EVERYONE knows it was Larry Hagman.
Like (3) Reply Delete