Where To Watch Shop Store Contact
Home / Stories / See the final screen roles for the cast of Hogan's Heroes
Did you know?1960s

See the final screen roles for the cast of Hogan's Heroes

They were villains for both Schwarzenegger and The Partridge Family. 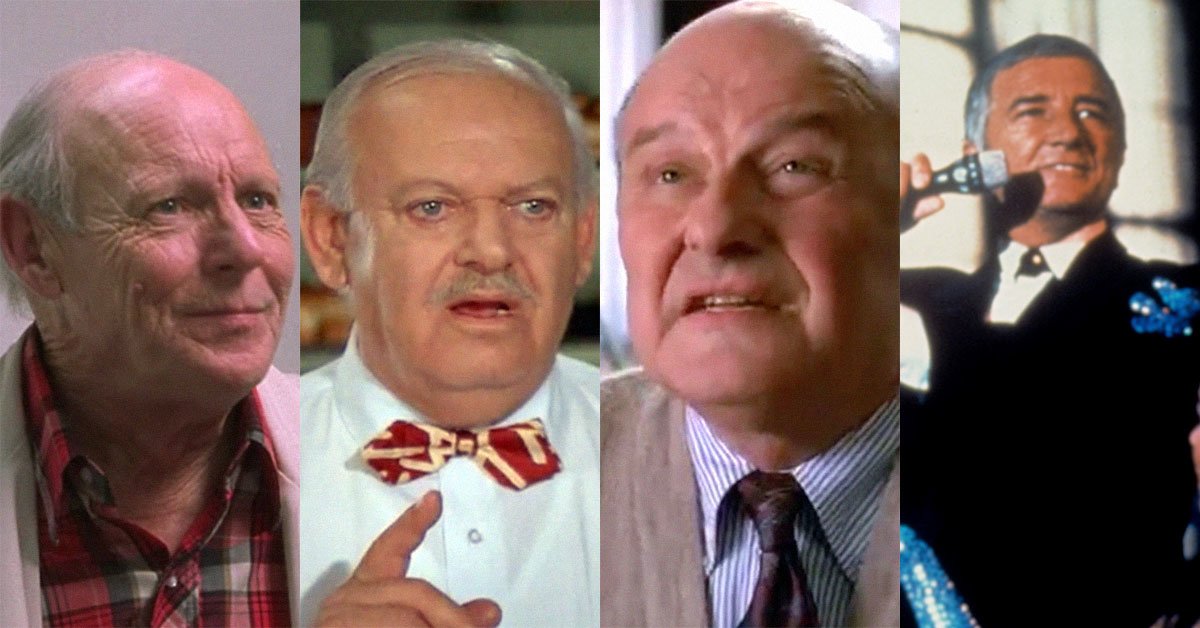 The cast of Hogan's Heroes was like no other. Werner Klemperer (Klink), John Banner (Schultz), Leon Askin (Burkhalter) and Howard Caine (Hochstetter), who all played Germans, were Jewish, and all but the latter had fled the Nazis during WWII. Additionally, Robert Clary, who played the cooking French corporal, LeBeau, had been interned at a concentration camp.

They were fascinating people — and they continued to work in Hollywood after Hogan's Heroes ended its six-season run in 1971. These actors appeared in everything from romantic comedies to futuristic thrillers. Let's take a look. 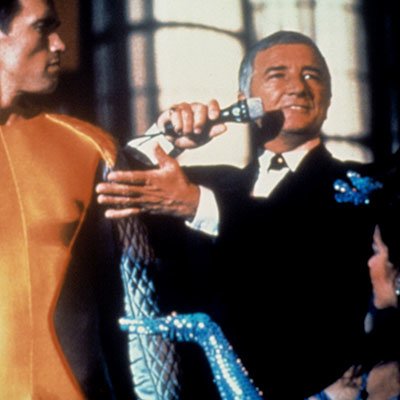 Dawson, of course, is best known for work in game shows, beginning as a panelist on Match Game in the 1970s. As the longtime — if not defining — host of Family Feud, Dawson planted kisses from 1976–1985. He would briefly return to the Feud from 1994–95, before the show was put to rest for a handful of years due to poor ratings. In between, the British actor delivered his most memorable film role, as he was cleverly cast as the villain in the Arnold Schwarzenegger sci-fi chase The Running Man (1987). Of course, he played a game show host. Only, this one was deadly. 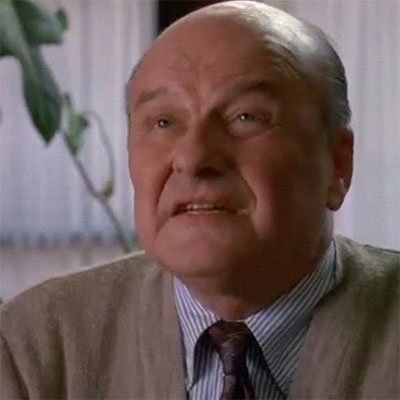 In an unlikely way, Klemperer's final television performance would be as Colonel Klink. In a 1993 episode of The Simpsons, "The Last Temptation of Homer," a guardian angel shows up to help Homer. He is the image of Colonel Klink — and Klemperer voiced the toon. However, the last time Klemperer was seen on screen came a year earlier in Law & Order. In "Star Struck," the veteran television star played one William Unger, the father of a murder suspect who is pleading insanity. 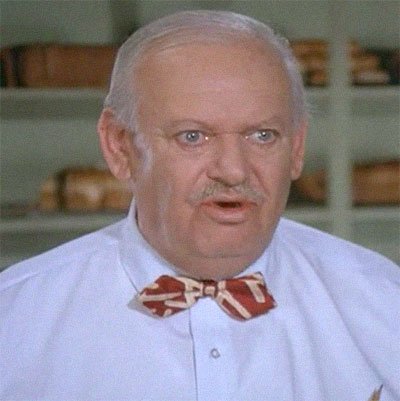 The Partridge Family episode titled "Who Is Max Ledbetter and Why Is He Saying All Those Terrible Things?" is a real mouthful. Banner, the former Sgt. Schultz, is Max Ledbetter himself, a washed-up quack of a TV psychic now running a bakery in financial trouble. He attempts to squeeze money from the family band. Banner died in early 1973, ten months after the episode aired. 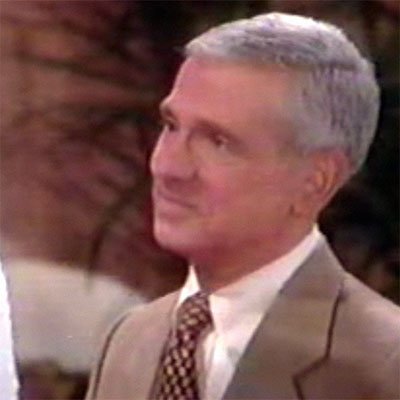 After his days as Corporal Louis LeBeau, the French-born actor transitioned to a long career in soap operas. Clary had long stints on Days of Our Lives (on and off from 1972–87) and The Young and the Restless (1973–79). His last gig would come on The Bold and the Beautiful from 1990–91, playing Pierre Jourdan, a singing Parisian who runs a café and offers a home to Brooke Logan. He relocated to L.A. and attends a ratings-driven wedding. Clary remains one of the last surviving cast members of Hogan's Heroes, but he has not acted on screen since. 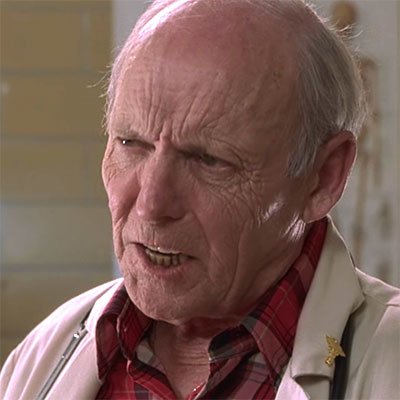 Texas native Larry Hovis settled down in the Lone Star State late in life, taking a position teaching drama at Southwest Texas State University in the 1990s. That might explain his unlikely appearance in Lone Star State of Mind, a somewhat forgotten 2002 teen rom-com starring Joshua Jackson (Dawson's Creek). The movie filmed around Austin, Texas. Hovis pops up as a doctor who looks over Jackson's character. Hovis passed away a year later. 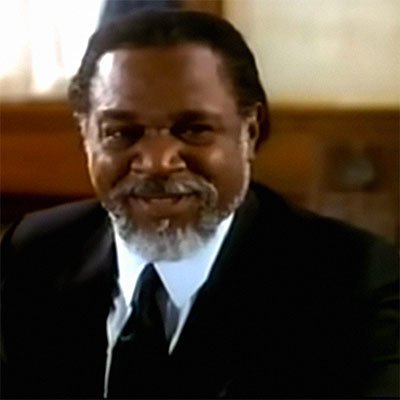 After playing the communications expert Kinchloe, Dixon largely worked behind the camera. He directed episodes of The Waltons, The Rockford Files, The Bionic Woman, Magnum, P.I. and The A-Team, not to mention the seminal blaxploitation film Trouble Man, which featured an awesome Marvin Gaye soundtrack. Still, Dixon occasionally jumped into a role here and there. His final acting gig came on Father Dowling Mysteries, playing a reverend in "The Joyful Noise Mystery" in 1991. Dixon passed away in 2008. 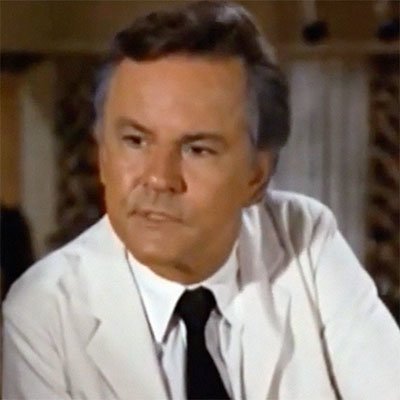 Following his lead role as Hogan, Crane landed his own show in 1975 called, well, The Bob Crane Show. He played an insurance salesman who gives medical school a go. The sitcom lasted 15 episodes. From there, the drummer-actor popped up as a guest star on shows like Quincy M.E. and The Hardy Boys/Nancy Drew Mysteries. His final screen appearance came on The Love Boat, in the story "Family Reunion," part of the season-one voyage "Too Hot to Handle/Family Reunion/Cinderella Story" in 1978.

SEE MORE: See the cast of M*A*S*H in their first ever screen roles 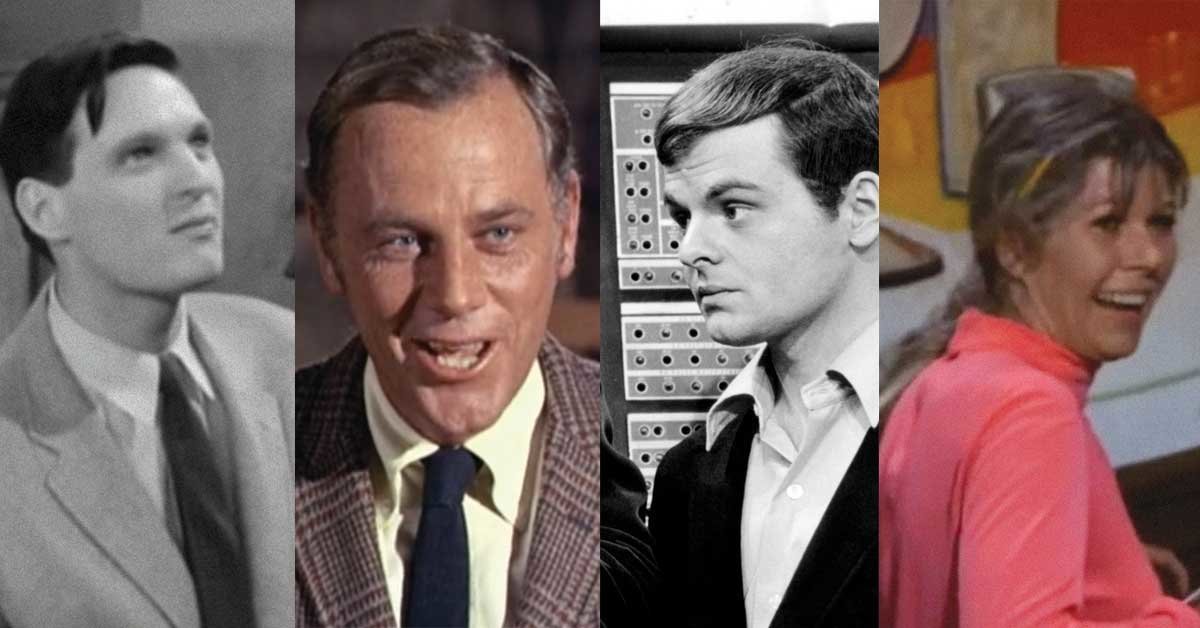 Before they served in the 4077th, they were sculptors, bartenders, gunners and geeks. READ MORE

CJmusic 17 months ago
HH is my all-time favorite show. I have watched each episode countless times & often can do the next line of dialogue! However, METV has done a HORRIBLE job of editing & shortening the scenes in order to get in more commercials. 2 that come to mind: 1) chasing the little dog with the bone that had film in it. Part of the fun in the original airing was the way the crew followed it. Mimicked (imo) the Marx Bros. I think they chased the dog 3 or 4 times but now it's only shown as one chase. 2) Schultz is called to follow another officer when he's on duty - a Major Huber (I think) - thereby giving the crew time to do their mischief. Schultz follows that officer into the woods calling for him. In episodes aired now the REASON Schultz is calling is not shown & any new viewers are left to wonder about it. There are many more such examples & I wish the editing would be stopped & the original episodes aired again. Fortunately for me, I DO know what's missing & can fill in the blanks.

RobertM 18 months ago
My late mother watched "Days of Our Lives"--which, it seems, featured my namesake, Robert Clary.
Like (1) Reply Delete

NealeBacon 19 months ago
Bob Crane's last TV appearance was on the Canadian cooking show "Celebrity Cooks" with Bruno Gerussi. I met him there, got his autograph and 3 weeks later he was dead.

VBartilucci NealeBacon 18 months ago
I believe that was the appearance dramatized in Auto Focus?
Like Reply Delete

Timothy 21 months ago
When in college in the 70's , my roommate and I would eat our dinner every night watching Hogans Heroes. We loved to imitate Klink and Schultz. Now I watch sometimes and see how long into the episode it is before I can tell the plot ...not long lol

mikeone 21 months ago
Bob crane was the best!!!
Col. Hogan was the man!!!
To this day,Hogan's Heroes is still my all time favorite show!!!!
I watch it every night,and I watch them over and over. A great cast,all the actors were awesome!!!
Like (2) Reply Delete

MichaelSkaggs 23 months ago
Why Bob Crane did not get an Emmy nomination for his last role on "The Love Boat" I will never know. In the episode he was the wine steward who abandoned his family many years before only to find his daughter was one of the passengers. When asked later how he gave such a terrific performance he said, "Because I did the same thing to my family." He was murdered a few months later.
Like Reply Delete

Pacificsun MichaelSkaggs 22 months ago
I welcome a correction, but I don't think appearances on Love Boat garnered Emmy Award nominations. My hunch is because they qualified as "guest appearances" rather than being a sustained role, and also because it was technically a comedy.
Like Reply Delete

MarkSpeck 31 months ago
Richard Dawson had game show experience prior to Match Game. He was one of the hosts of the 1970-71 version of Can You Top This?, and also was a panelist on the early '70's version of Password.
Like (1) Reply Delete

EmBee 31 months ago
Larry Hovis produced a version of the syndicated TV show, The Liars Club. He was also a permanent panelist.
Like (1) Reply Delete

daDoctah 31 months ago
My best memory of Ivan Dixon post-Hogan was in the movie "Car Wash". Ostensibly a comedy, Dixon's character was involved in a dramatic storyline where he's trying to make good with his parole officer, and ends up stopping a fellow employee from making a big mistake holding up the carwash with a gun.
Like (1) Reply Delete

menavy Jerijake1 30 months ago
Hogan's Heroes was my grandmother's favorite show. As a result I started watching it. Thanks to MeTV I've watched every episode at least 5 times in the last few years. I'm just glad they started showing them in order instead of of every other epispode.
Like Reply Delete

36 months ago
Who is the President of ME TV? David Duke? THERE ARE AND WERE NO FUNNY NAZIS! Ask Simon Wiesenthal, Beate Klarsfeld, Anne Frank!
Like Reply Delete
Load previous comments

Pacificsun Pilaf 22 months ago
TV shows have never meant to be history lessons. In some cases the subject (of German occupation in wartime) isn't even being taught anymore, in a way, because it was just too a horrific experience for some people to believe, thus the deniers. There was indeed a strong underground resistance effort during WWII with many brave individuals playing an important part behind enemy lines. Which was more to the point than just the satirical caricature of Klink and Schultz.
Like (1) Reply Delete

RedSamRackham Pilaf 18 months ago
* True no funny Nazis yet wrong to assume that members of WW2 German military were Nazis just as members of US WW2 military were not all FDR Democrats. Sergeant Schultz for example was an old German soldier re-drafted into WW2 and darn grateful to have a stateside assignment as a POW camp guard instead of combat against USSR. He was a friend to the POW's choosing to see, hear and know nothing! ☺
Like (1) Reply Delete

RedSamRackham DeeOrcutt 18 months ago
* Dad of a friend of mine was a concentration camp survivor and he enjoyed watching HH because it made Nazis look stupid! ☺
Like Reply Delete