Where To Watch Shop Store Contact
Home / Stories / See the cast of M*A*S*H in their first ever screen roles
Did you know?

Before they served in the 4077th, they were sculptors, bartenders, gunners and geeks. 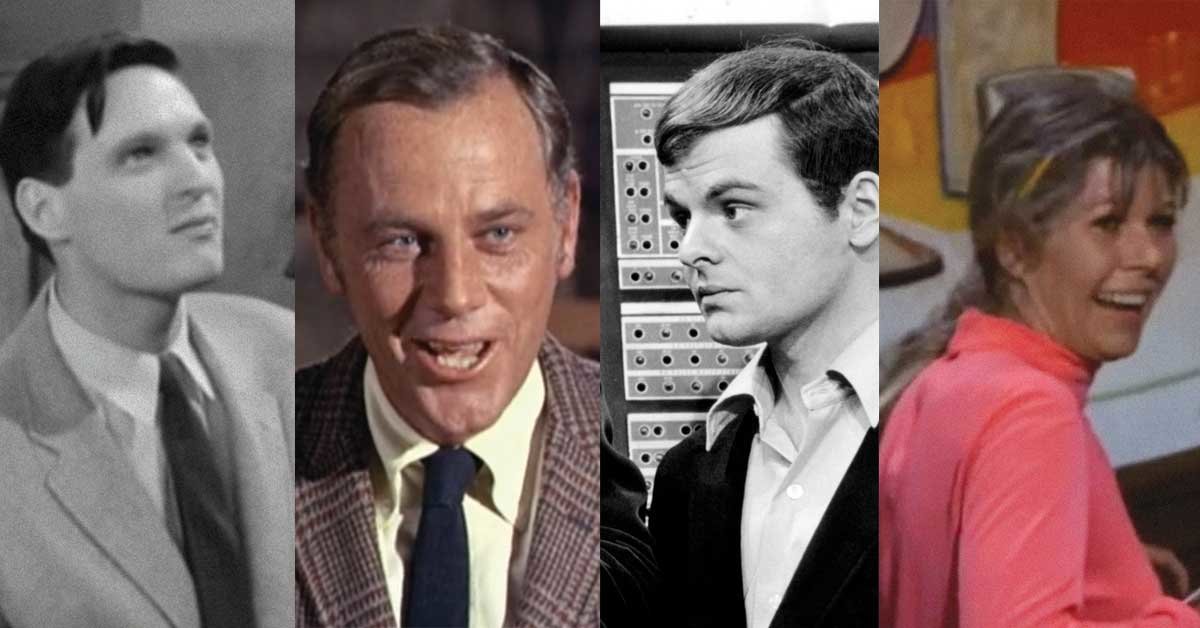 Perhaps the M*A*S*H actors were destined to end up in the 4077th. Many of them got their start in war movies or on military shows — both drama and comedy. They were gunners and Marine recruits. One was even a patient in a MASH unit.

You know them best as Hawkeye, Hot Lips, Radar, Potter, Klinger, Henry, B.J. and Father Mulcahy. Now see how they got their start on screens. 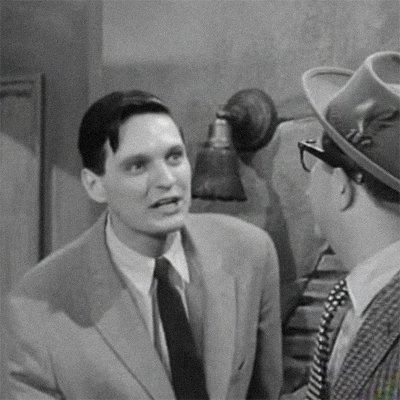 The Emmy-winner born Alphonso Joseph D'Abruzzo landed his first role on The Phil Silvers Show, playing a blue-blood pal of Sgt. Bilko in "Bilko the Art Lover." Bilko believes Carlyle, Alda's character, to be a millionaire. Turns out, he has not inherited all those zeroes in his bank account just yet. He's a starving artist making abstract sculptures of women with grapes. 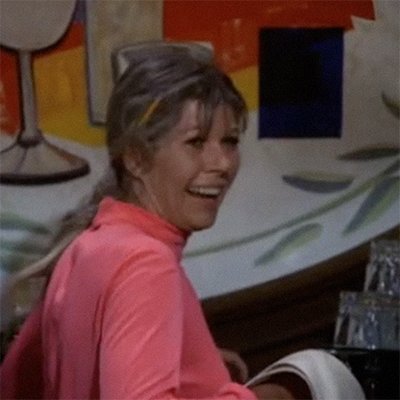 Jim Phelps (Peter Graves) returns to his hometown to nab a killer preying on his older friends. Swit plays Midge, an upbeat bartender and former friend of Phelps. We highlight this, because, coincidentally, Larry Linville, who played her lover Burns on M*A*S*H, appeared in the previous episode (The Innocent). That same year, Swit appeared in three episodes of Gunsmoke and a couple of Mannix. But you can catch her first ever appearance months earlier on Hawaii Five-O.

3. Gary Burghoff on The Good Guys 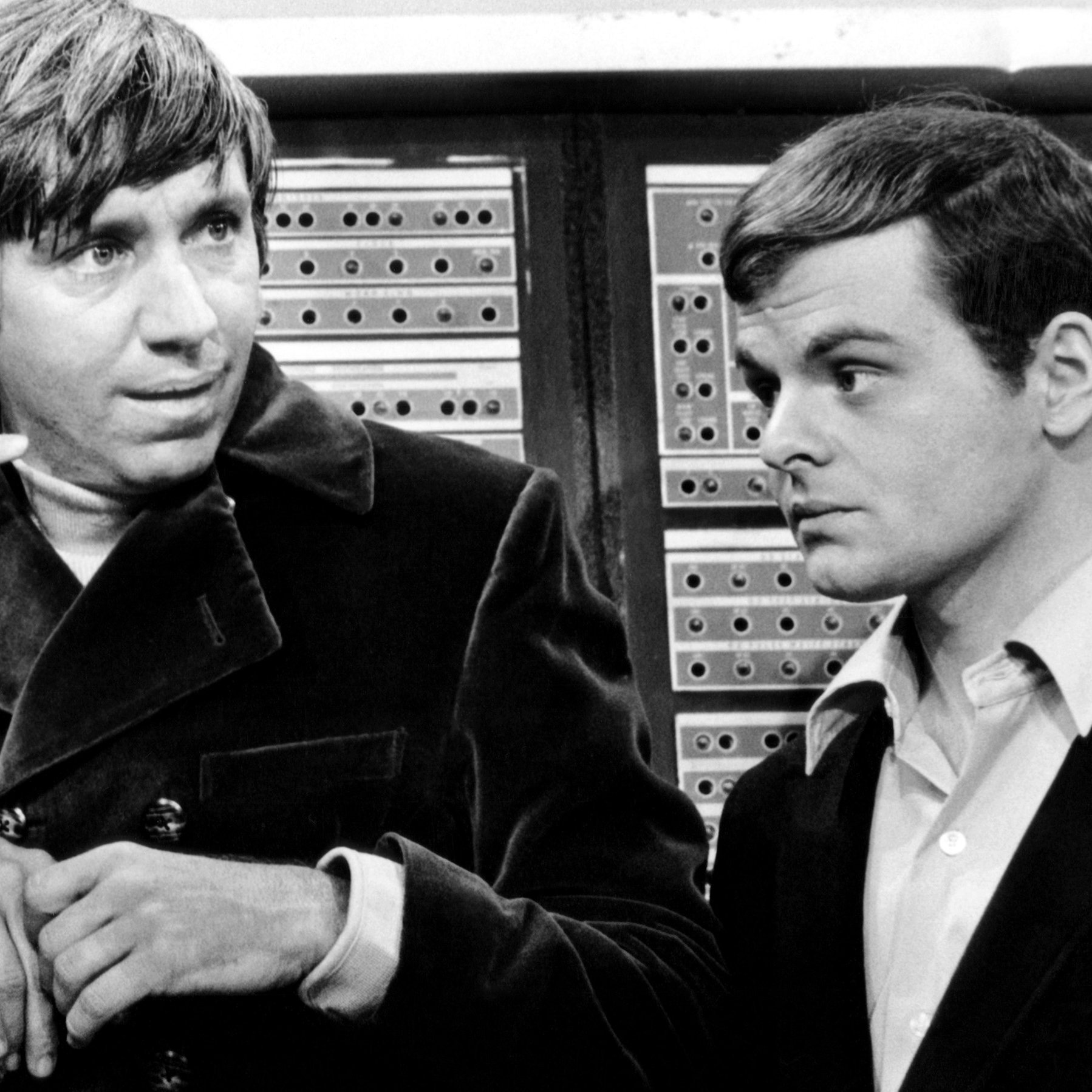 The Good Guys remains the forgotten Bob Denver sitcom. Heck, the Gilligan's Island and Dobie Gillis star is probably better remembered for Far Out Space Nuts. In this show, Denver played a co-owner of a diner. Burghoff turned up playing an egghead in "Take a Computer to Lunch." In his next gig, he was already playing Radar — in the 1970 MASH film.

4. Harry Morgan in To the Shores of Tripoli 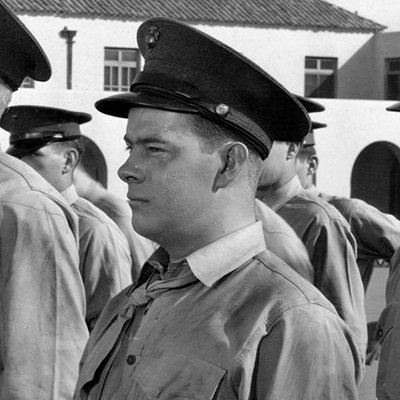 Morgan was working as an actor before World War II. In fact, the Pearl Harbor invasion occurred during the production of this Technicolor war flick. Initially intended to be a Navy nurse romance, the plot and ending were altered to focus on enlisting because of the attack. Morgan played "Mouthy," a recruit in boot camp. 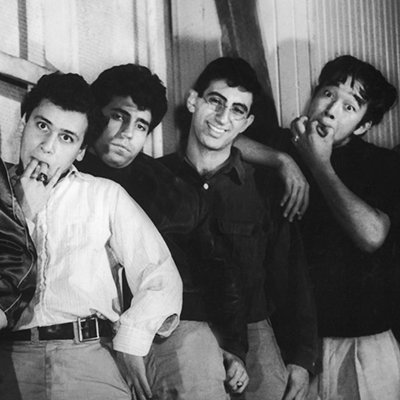 Jameel Farah was fresh out of school when a talent scout discovered him and cast him the mentally challenged student Santini in the Sidney Poitier film Blackboard Jungle. His acting career was put on hold as he was drafted into the Army. He and Alda would be the only two M*A*S*H actors to have actually served in Korea. He would later appear alongside Andy Griffith and Don Knotts in No Time for Sergeants (1958) before changing his name at the dawn of the 1960s.

6. McLean Stevenson on That Girl 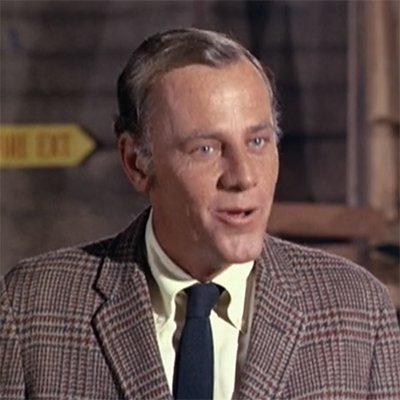 After a bit part in The Bing Crosby Special: Making Movies, Stevenson landed his first meaty role, playing a soda pop representative in "My Sister's Keeper." It's an interesting episode, as it serves as a Thomas family reunion, as Danny Thomas, Terre Thomas and Tony Thomas join star Marlo Thomas. 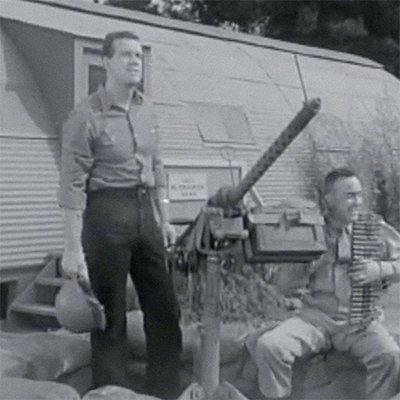 Long before he was B.J., Farrell was merely "The Gunner" on McHale's Navy. The former Marine next earned more acting stripes on military shows such as Ensign O'Toole, Combat! and Garrison's Gorillas. He was even an astronaut on I Dream of Jeannie. 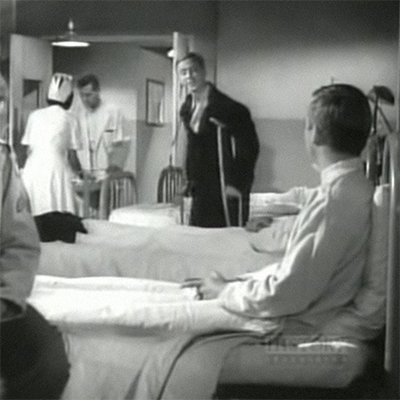 Though he is just billed as "Patient," Christopher gets a couple lines as he hobbles around hospital beds filled with some notable costars — Beau Bridges and Tom Skerritt.

QUIZ: Can you guess who wrote these letters on M*A*S*H? 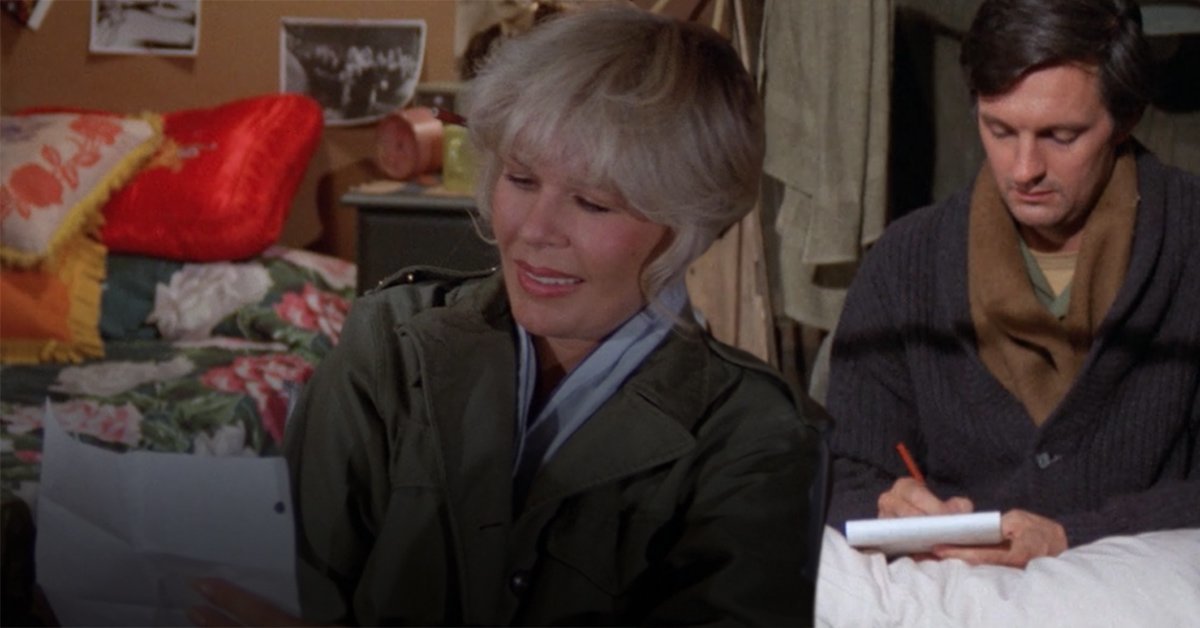 Crack the code on letters to Dad, Mildred, Peggy, Sis and Uncle Abdul. TAKE THE QUIZ 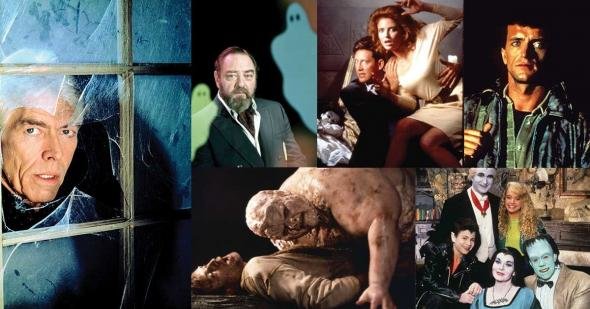 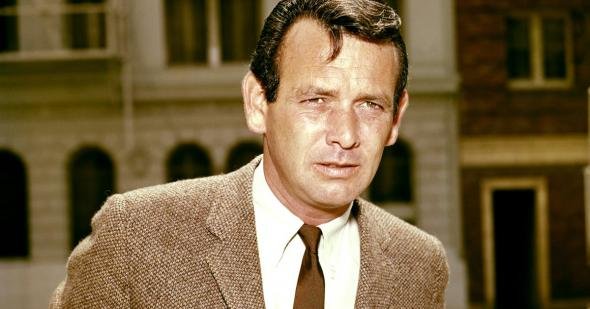 Did you know?Trivia
8 fast, fascinating facts about The Fugitive 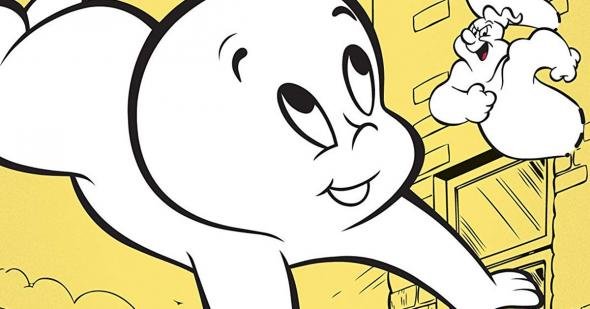 did you know?
7 friendly facts about Casper the Ghost
Are you sure you want to delete this comment?
Close

Rickey 38 months ago
The one with Mike Farrell it was shown on Antenna TV this morning! It was at the beginning of the show. Shooting at Washing Machine Charles.
Like Reply Delete

StephenZmuda 40 months ago
I wonder how many people know that the only actor to be in both M*A*S*H the movie and the TV series is Gary Burghoff and that he played Radar in both of them.
Like (1) Reply Delete

msg96 StephenZmuda 9 months ago
Timothy Brown was also in both the movie and the TV series, although he played different characters in each. He was Corporal Hudson in the movie, and Wendell "Spearchucker" Jones in the TV show.
Like Reply Delete

StephenZmuda 40 months ago
Jamie Farr also had a bit part in a Dick Van Dyke episode where he played an office sandwich delivery man. And William Christopher played an inn keeper in the Don Knotts movie "Shakiest Gun In The West".

SteveBesman 41 months ago
Alan Alda also appeared in an episode of “Route 66”. Mike Farrell also guest starred in an episode of “The Monkees”, (“Monkee Chow Mein”). In the 70’s,Farrell also appeared on “The Rookies”, and a short lived medical drama. Ironically,both Jamie Farr and William Christopher appeared together (as hippies) in the 1968 movie, “With Six,You Get Egroll”, With Doris Day and Brian Keith.

JeffTanner 43 months ago
Yes, Really MeTV, get Disqus back! It was a LOT BETTER than what you have now, where commenters can't even edit their comments. We have to delete them and start over again instead.
Like (1) Reply Delete

Pacificsun 47 months ago
MeTV Staff. You went to all the trouble of dropping Disqus to crack down on spam, and look at the #6 comment after this one. Your platform might look prettier, but it's still got the same issues.

Fiordiligi 47 months ago
I just saw Wayne Rogers on an episode of Wanted Dead or Alive on MeTv only yesterday (10-27-18).
Like (1) Reply Delete

Lucyneenah19701 47 months ago
Harry Morgan was also on Dragnet in the late 60's and early 70's. He was also on an episode of The Partridge Family in the early 70's. He was great in both shows!
They forgot Wayne Rogers. Wasn't he on Carol Burnett and Friends? Or maybe I'm thinking of Lyle Waggoner. Wayne Rogers was on Fox News.
I wonder if any of the MASH actors were on Murder, She Wrote. Tony Dow from Leave it to Beaver was.
Loretta Swit was almost on Cagney and Lacey, I think.
Like (4) Reply Delete

EllisClevenger Lucyneenah19701 44 months ago
Loretta Swit played Chris Cagney on the pilot episode of 'Cagney and Lacey'.
Like (3) Reply Delete

JosetteByrd Lucyneenah19701 42 months ago
Yes both Wayne Rogers and William Christopher both has been on Murder She wrote. Wayne has been in a few times as a Insurance investigator and William played a killer.
Like (2) Reply Delete

daDoctah 47 months ago
Should've found a picture of G.W. Bailey (MASH's Sgt Rizzo) in the TV movie "The Runaway Barge".
Like (1) Reply Delete