Child stars sweetly describe their relationships with their TV dads 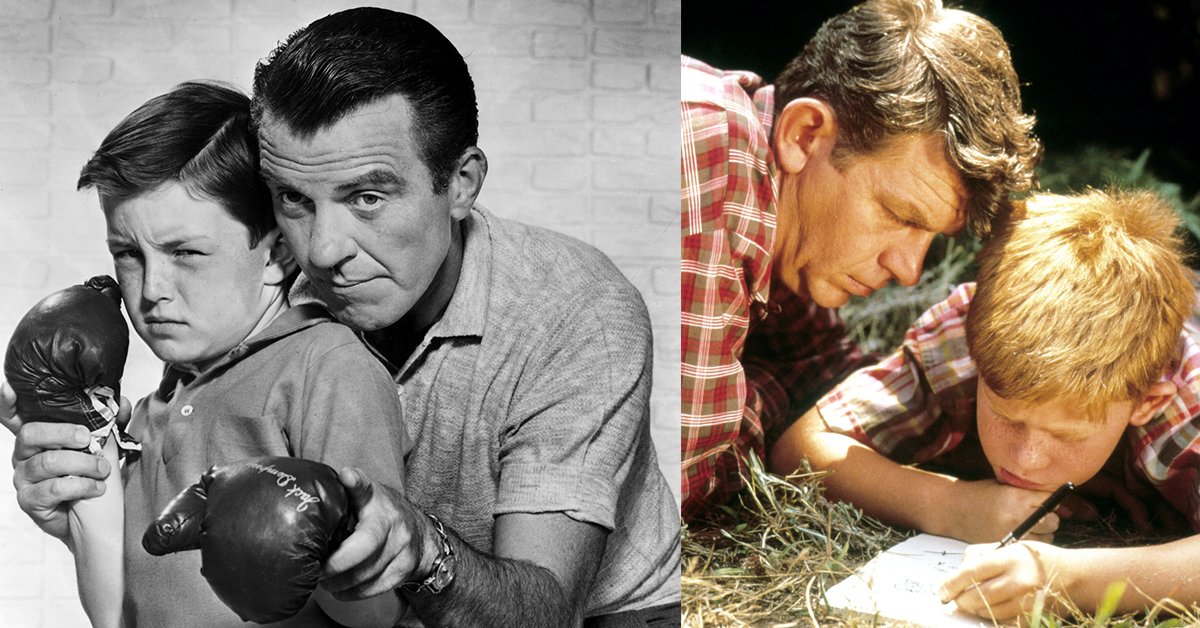 After calling these actors "dad" (or in some cases "paw") season after season, it makes perfect sense that child stars would begin to see their onscreen dads as father figures in their actual lives. And according to the child stars, the special bond between TV dad and son or daughter is one that lasts over time, beyond the end of iconic shows, from Leave It to Beaver to Happy Days.

We went looking for interviews with classic TV kids to find out what their onscreen fathers were really like, and the result was a gush that would make any humble dad blush while straightening his tie this Father's Day. 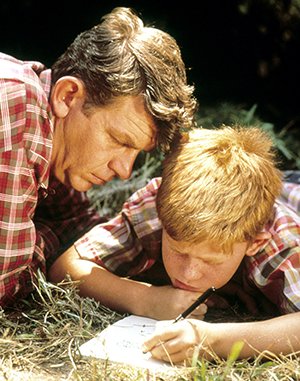 On Opie's relationship with Andy: “I was the sheriff’s son, growing up, mother having passed away but looking to Aunt Bee as a mother figure, but mostly leaning on my father, my paw.”

On how his real dad influenced his character: ""My dad was around the set quite a bit, and somehow my dad said, ‘What would happen if Opie knew that Andy was smarter than him? How about if Opie actually respected his dad? I just thought it might be different.'" 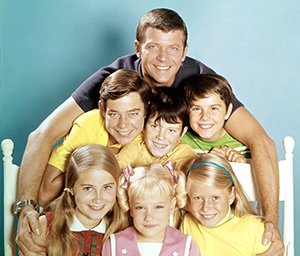 On Reed as an influence on the young actor: "Robert Reed did not assume the role of my father, but I do consider him a mentor. This is really cool. I had a man who was in our show acting as my father who took on some of those qualities and was interested in the same thing I was — ACTING. My own father didn’t know or really care very much about the craft, he was more interested in raising his three boys.”

Read more about what Williams' learned from Reed.

3. Jerry Mathers on Hugh Beaumont (Leave It to Beaver) 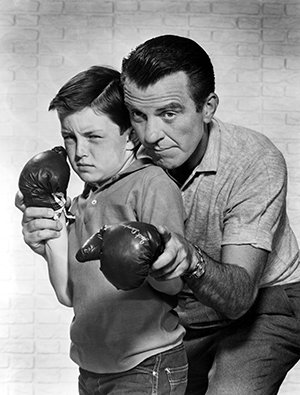 On how Beaver imagined his father was as a kid: “Wally is the perfect big brother. He is the champion basketball player, football player, he does everything right. He’s a huge Letterman, gets As on all his papers. Everyone loves him. He would be very much, I’ve always thought, like my father (Ward Cleaver) because my father was that basic kid.”

On working with Hugh Beaumont: "I actually worked with Hugh Beaumont even before we started shooting Leave it to Beaver. I was cast with him in a promotional film for Rose Hills Memorial Park. One thing I remember is that during a scene, I was supposed to cry on cue. Hugh asked me if I had ever done that before and I told him, no. He said, 'Put your face into your hands and laugh really hard'. It’s an old actor’s trick because the sound of laughter and crying are very closely related. Sure enough, I tried it and it worked!"

On Beaumont hanging with his real parents: "I was very glad that he was picked for the role and we had a wonderful friendship for his entire life until he passed away in 1982 from a heart attack.  Hugh and my dad had become friends and he occasionally came to our house to play cards with my father and some of his friends." 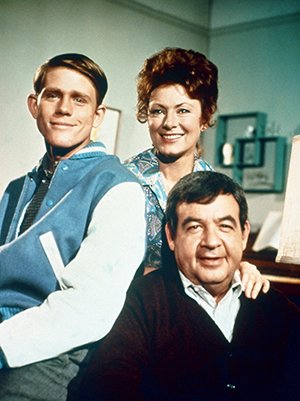 On his personal relationship with Bosley: "Tom's insight, talent, strength of character and comic timing made him a vital central figure in the Happy Days experience. A great father and husband, and a wonderful artist, Tom led by example, and made us all laugh while he was doing it. My last conversations with Tom reflected the love of life and peace of mind that he always maintained throughout his full and rewarding life."

On the Happy Days cast as a true family: "We remain close to this day. Henry Winkler was dynamic and creative, a few years older and kind of a big brother figure. ... Tom Bosley and Marion Ross really did take paternal roles in all of our lives and just shared their wisdom and always reminded us just how lucky we were to be involved with something that people loved as much as they loved Happy Days. They were a voice of reason and an ongoing living example of professionalism and common sense." 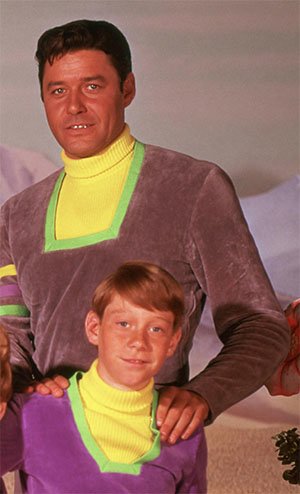 On Williams' influence as an actor: "Guy was a huge influence on me ever becoming an actor, even if he never realized how much that was true. It was immensely true.”

On meeting Williams' real kids on set: "I loved the scenes with Guy. They’re far and few between. There’s not a lot of them, but they’re wonderful. There’s a musical cue and we had a couple of really nice shows together. ... We had a real happy relationship working with each other. … He has a daughter who’s just a couple years younger than me, beautiful girl named Toni, and she came to the set a few times. He has a son who’s like a year older than me, Steve, he came to the set a few times.” 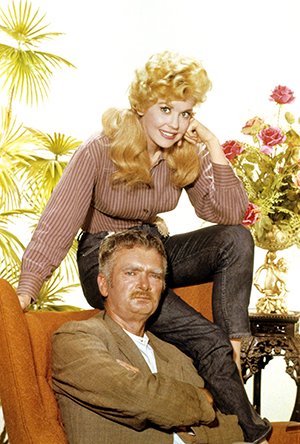 Donna Douglas may not have been a child star, but her character Elly May was as childlike as they come. She explained how close she and Ebsen became on the show: "I loved the cast, loved every minute of filming the whole 9 years. Buddy Ebsen (Jed) reminded me so much of my own father, we stayed life long friends, in fact Max Baer Jr. (Jethro) and I saw Buddy at the hospital the night before he passed away."

See Also: Quiz: Can you match the correct TV dad to his kids? 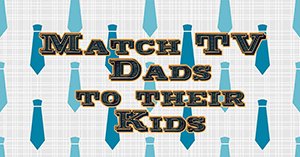 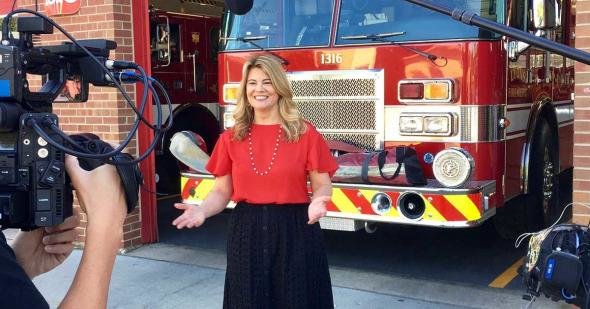 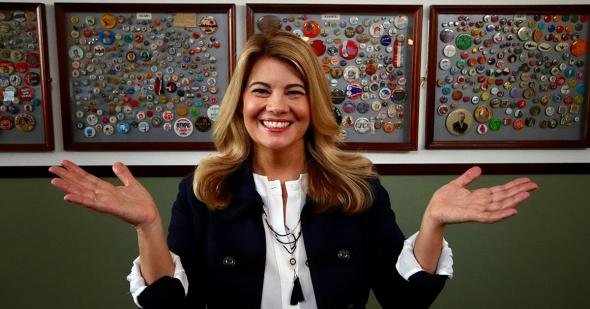 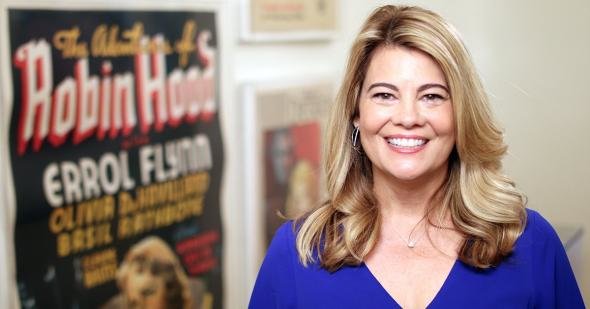 Collector's Call Episode 9 Web Extras: Rare Wizard of Oz and Clark Gable movie posters
Are you sure you want to delete this comment?
Close

DeborahRoberts 11 months ago
Howard has given interviews talking about his close relationship with Griffith. A little more research would have produced a better article.
Like Reply Delete

DEBruns 42 months ago
In the late 70's I worked on an outbuilding that was on Andy Griffiths San Fernando valley property. It was used primarily as an exercise room, with knotty pine covered walls and a few mirrors. On every wall were pictures of Ron Howard, from a very early age to his early 20's. It was obvious that Andy Griffith was very fond of Ron Howard. It is easy to imagine how Ron would feel close to Andy.
Like (2) Reply Delete

Didn't seem like there were any really touching relationships here. Pretty mundane descriptions of work with a TV dad.