Laugh along with these top highlights all week, from September 11–15. 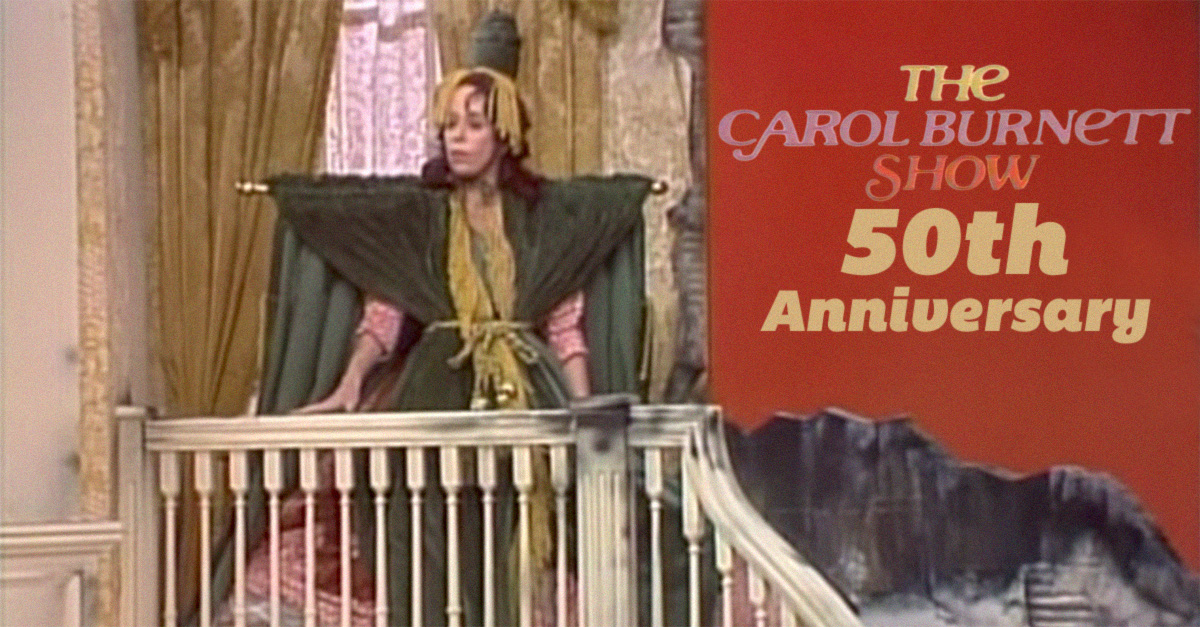 The curtain dress. Mrs. Wiggins fiddling with the intercom. Bernadette Peters possessed by the devil. No matter how many times you see them, they bust your gut.

Fifty years ago this September 11, Carol Burnett broke through the variety comedy glass ceiling to become a superstar with one of the greatest television shows of all time, The Carol Burnett Show.

In honor of Ms. Burnett’s historic achievement and her ongoing legacy, MeTV presents “Carol Burnett’s Golden Anniversary,” a special weeklong tribute event. Each weeknight, beginning Monday, September 11, through Friday, September 15, MeTV will air an episode of Carol Burnett and Friends (the series' title in syndication) featuring a different iconic character or skit that helped define the future of sketch comedy.

As The Carol Burnett Show ran for 11 seasons and more than 250 episodes, there are countless side-splitting moments. We tried to boil it down to a mere handful of highlights. Here are five classic moments — all of which you watch on MeTV beginning September 11.

My, those draperies look fetching! Carol and the gang parody the classic film Gone with the Wind with Carol playing Starlet O'Hara in "Went with the Wind!"

Carol’s sweet niece, Raven, visits. There's one problem — she’s seemingly possessed! This parody of The Exorcist was part of the recurring sketch “As the Stomach Turns." Played by Bernadette Peters in a guest spot, Raven came to visit her aunt and was possessed by the devil — Aunt Marion assumed — because Raven was such a nice girl normally. The town exterminator/freelance exorcist (played by Tim Conway, using the same faux-Romanian dialect that he would use to play character Mr. Tudball) was forced to exorcise the demon from her body, a story that was eventually done, in all seriousness, on Days of Our Lives decades later.

Speaking of Mr. Tudball, we naturally had to include one of these classic recurring sketches. Here, Tudball tries to teach his secretary, Mrs. Wiggins (Burnett), how to use the intercom. It does not go well.

Eunice, Ed and Mama play the board game Sorry! in “The Family,” the sketch that gave birth to the successful spin-off Mama’s Family.

As “Nora Desmond,” Carol spoofed Sunset Blvd. After an initial appearance, the character proved popular enough to return in this sequel skit, as the washed-up silent-film star lands a bug spray commercial.