Blondie, Buck Rogers and Dennis the Menace made the jump from the funny pages to television. 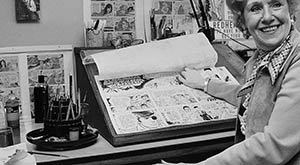 Black ink and blank paper are the only tools required for a cartoonist to tell a story. The challenge of a daily comic strip is packing a narrative and punch line into three or four panels. Adapting popular characters from the funny pages to the small screen presents an even greater challenge, as suddenly those four-panel knee-slappers need to be stretched into 30 minutes of television.

Yet, over the decades, many attempts have been made to bring daily newspaper strips to TV. Some, like Cathy and For Better or For Worse, make the natural transition to animation. Others, like the ones below, boldly brought the characters to life with actors.

Long before Hollywood fell in love with comic books, it was turning to comic strips for inspiration. 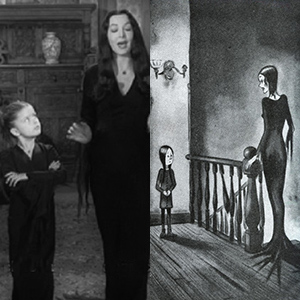 Who could have guessed that Charles "Chas" Addams' macabre creation would spawn a megafranchise that included a television series, feature films and legendary (amongst pinball players) pinball machines? Gomez, Morticia and the ghoulish family made its debut in a 1938 issue of The New Yorker. 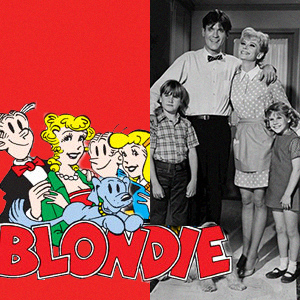 Two attempts were made to bring Dagwood and his towering sandwiches to television. The first, on NBC in 1958, featured Pamela Britton and Arthur Lake as the married Bumstead couple. CBS would take a stab in 1968 with Will Hutchins (pictured here and up top) playing Dagwood, though he perhaps looked more akin to a lost relative of Moe Howard and George McFly. The latter is also notable for casting Jim Backus of Gilligan's Island fame to play Mr. Dithers. Both series lasted a single season.

3. Buck Rogers in the 25th Century 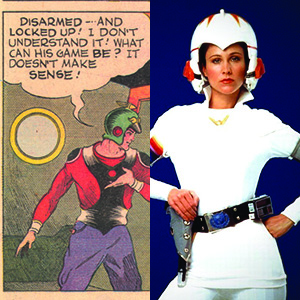 Anthony Rogers was a World War I vet investigating a mine when he became trapped in suspended animation for half a millennium. The character first appeared in Philip Francis Nowlan's 1928 novella Armageddon 2419 A.D., but it would be the comic book adaptation that gave our hero the name "Buck" the following year. ABC launched a series in 1950, but it is the 1979 NBC spectacular that sticks in the memory of the Star Wars generation. Eva Marie Saint and Erin Gray stole scenes as Wilma Deering. 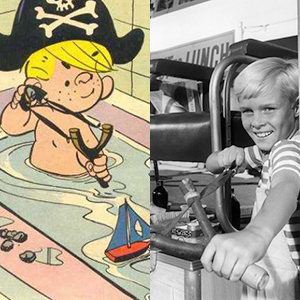 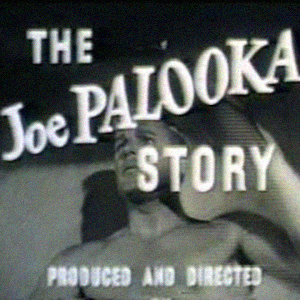 Hunky Australian actor Joe Kirkwood, Jr., was no stranger to portraying the charming boxing champ when the syndicated Joe Palooka Story hit television in 1954. He also starred in 11 Joe Palooka movies. Cartoonist Ham Fisher created the heavyweight with a heart of gold in 1921. At one point, 900 newspapers carried the strip. No wonder it led to more features than The Fast and Furious franchise. 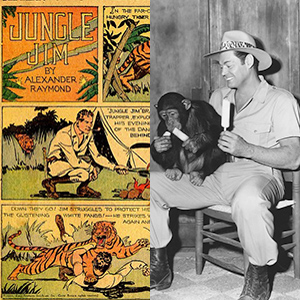 The brilliant mind and deft hand of Alex Raymond created thrilling icons like Flash Gordon, Jungle Jim and Secret Agent X-9. Johnny Weissmuller, former Tarzan, was the perfect man to hang with wild animals in the jungle as Jungle Jim. The syndicated series ran for one season in the mid-1950s. Dean Fredericks co-starred as Haseem, the Hindu manservant, and would take a startlingly different role in this next adaptation… 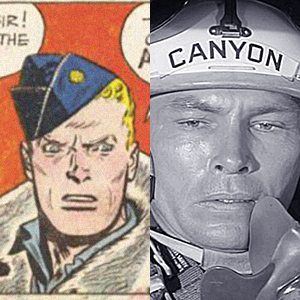 Dean Fredericks took the title role in this adventure of a U.S. Air Force ace, created by Milton Caniff. The cartoonist previously crafted Terry and the Pirates, and debuted his Steve Canyon the same year the USAF was formed — 1947. The television remake first aired on NBC and jumped to reruns on ABC. 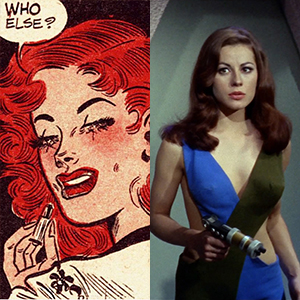 Now we get to a couple series that almost came to being. Sherry Jackson, best known for playing the older daughter on Make Room for Daddy and Andrea on Star Trek (pictured), shot a television pilot about the glamorous journalist in 1979. Alas, it went unsold. Mandrake the Magician was another classic comic strip character with a failed pilot, his in 1954. And there was this legend…

"I want a Red Ryder carbine action two-hundred shot range model air rifle!" It was Ralphie's greatest desire in A Christmas Story. No doubt Ralphie would have enjoyed watching a Red Ryder television series, too. Unfortunately, two pilots, shot in 1951 and 1956, both went unsold. Ryder, the Duchess and Little Beaver all made the leap to live action, seen here in the opening of the 1956 pilot. Jim Bannon and Allan Lane, who had both brought the character to life on the big screen, starred in the TV attempts.

lanricray 6 months ago
How can you include Charles Addams' The Addams Family, which ran in The New Yorker (a magazine), but not include Hazel, which ran over 25 years in The Saturday Evening Post (also a magazine), and spawned the classic sitcom starring Shirley Booth? (The strip went on to be picked up by King Features Syndicate, and was published in newspapers - a feat NOT accomplished by Addams' creation - for almost 50 more years, ending its run in 2018.)
Like Reply Delete

Dario 18 months ago
The 1968 Blonde series is considered one of the worst TV series ever.
Like Reply Delete

lanricray Dario 6 months ago
Yes. It is considered a pretty bad series, but considering the publicity campaign that came out of it (including deluxe paper doll sets with great likenesses of the actors, and a two volume mass market paperback set of Blondie reprints from the very beginning of the strip), I still think it was worthwhile!
Like Reply Delete