9 iconic mid-season replacements… and the TV shows they replaced

'Batman' and 'Happy Days' went on to become classics. But do you remember the shows they replaced? 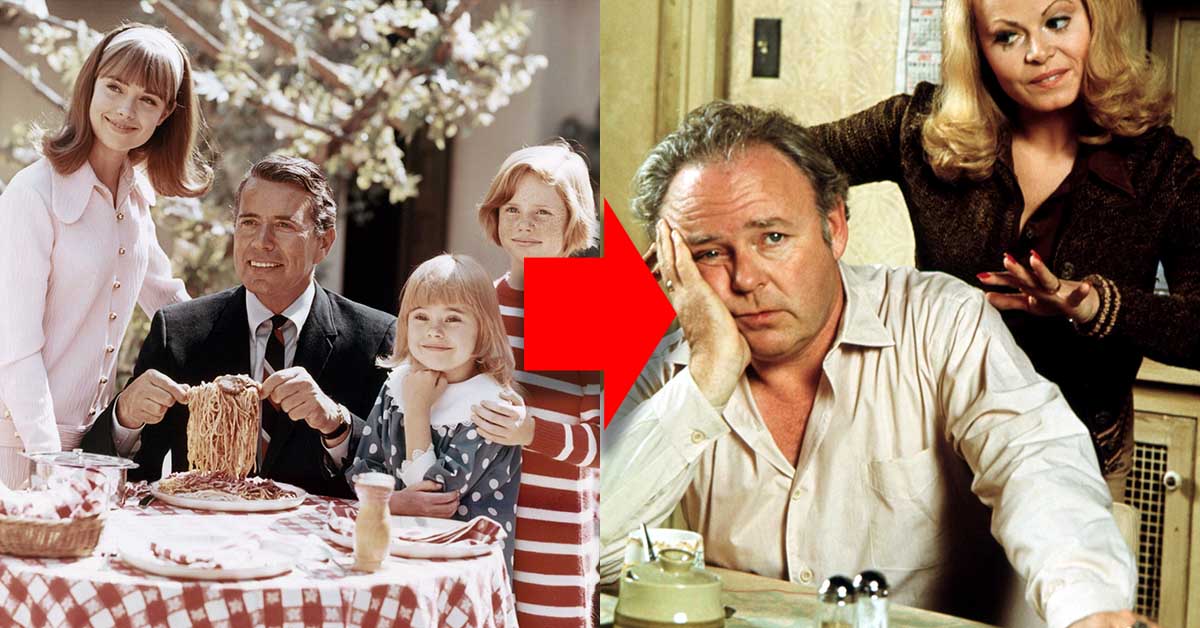 This is the time of year when most television series wrap up their seasons. Summer is on the horizon, and the cast and crew are on break until the entire cycle starts again.

Of course, not every TV show follows this fall-to-spring schedule. There are those that are mid-season replacements.

The mid-season replacement dates back to 1955, when The Bob Cummings Show, an early sitcom by Beverly Hillbillies creator Paul Henning starring Ann B. Davis of The Brady Bunch, made its debut on NBC. From that point onward, whenever a new fall premiere would struggle, the network was already ready to pull the plug and slot in a replacement.

Typically, these mid-season replacements were not expected to live a long life. That's why the networks dumped them into the fray in months like January and March.

Yet, despite the odds, some of these series went on to become classics, influential series that shaped the future of television. Let's take a look — and remember those series that they replaced. Do you remember these transitions? 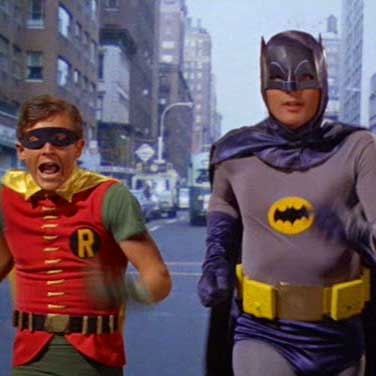 Replaced: The Adventures of Ozzie and Harriet

Ozzie and Harriet was certainly no failure. The pioneering family comedy had already logged more than 400 episodes at the start of 1966, when the sitcom finally ended after 14 years. Swooping in to replace the fading classic was our very own Caped Crusader. Batman entered the lineup with a KA-POW! and by summer there was already a feature film. 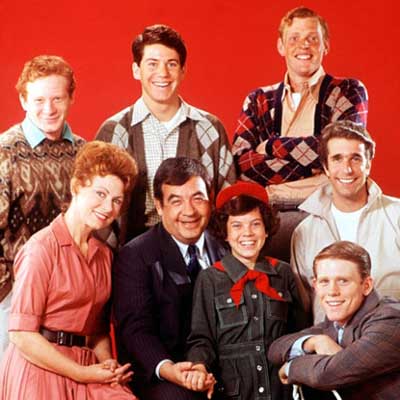 The hospital comedy Temperatures Rising had a solid cast, including Cleavon Little and Paul Lynde, who replaced original star James Whitmore in the second season. Still, the retooling could not keep this sitcome from flatlining. Fortunately, the Fonz was waiting in the wing, ready to cruise in with the Cunninghams in January 1974. 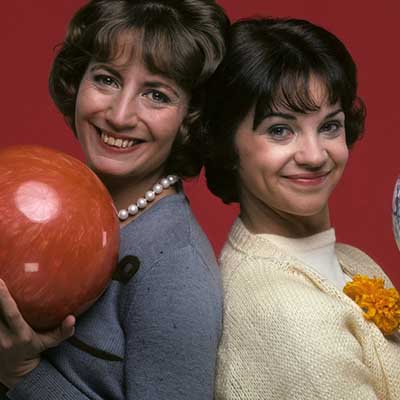 Happy Days' hit spin-off began in January as well, a couple years later. The Milwaukee beer bottlers slipped into the time slot formerly occupied by Welcome Back, Kotter, which switched to another night.

4. All in the Family 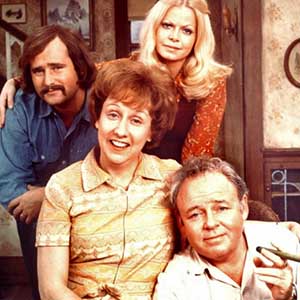 Replaced: To Rome with Love

To Rome with Love lasted a couple seasons, but is perhaps most notable for its crossovers. Characters from both Family Affair and My Three Sons popped up on the sitcom about a widowed college professor. Such stunts were not enough to boost the ratings. CBS moved Rome to another night, replacing it with All in the Family. The Bunkers proved to be far more popular. 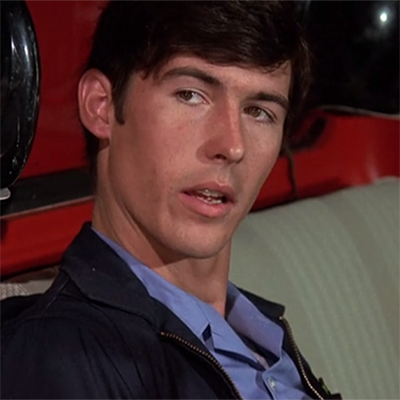 In between I Dream of Jeannie and Dallas, Larry Hagman was living The Good Life. However, the romantic class comedy did not live up to its name. Just 15 episodes aired before it was pulled off life support. Enter ace paramedics Gage and DeSoto, who helped save the day for many, including NBC. 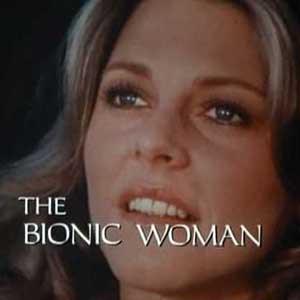 Replaced: When Things Were Rotten

While historical farces like Blazing Saddles and Monty Python and the Holy Grail became classic film comedies, the approach never quite clicked on the small screen. Mel Brooks gave it a shot with When Things Were Rotten, a poorly titled parody of the Robin Hood legend. Years later, he would find more success with the idea in the movie Robin Hood: Men in Tights. However, this silly failure did pave the way for the Bionic Woman, who became a pop icon and hit toy in 1975. 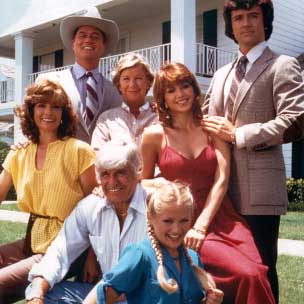 Dallas began as a mini-series in April 1978, moving into the slot formerly owned by The Carol Burnett Show, which ended its influential run after 11 years. The network never intended on Dallas being anything more than a brief diversion, but the saga connected with viewers, and went on to become one of the great primetime soaps of a generation. 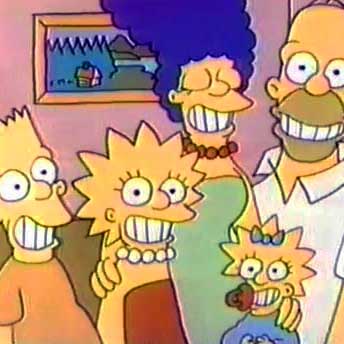 The Simpsons was not technically intended to be a true mid-season replacement, but its origin story is fascinating nonetheless. The animated family premiered on The Tracey Ullman Show. The fledgling Fox network decided to give the toons their own show, but the production was immediately riddled with difficulties. Delays caused the cartoon to be pushed back until the week before Christmas, and the intended premiere, "Some Enchanted Evening," did not air until the following May. Meanwhile, Tracey Ullman filed a lawsuit, claiming she deserved a slice of the profits. The court rejected her claim. To fill the void until The Simpsons was ready, Fox aired the hidden-camera show Totally Hidden Video, which was at one point the biggest hit of the new network. 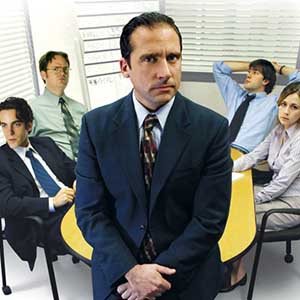 Ricky Gervais' original Office had been a groundbreaking hit in the U.K., launching a host of mockumentary copycats. However, NBC was not certain a U.S. remake would translate with audiences, so the Dunder Mifflin comedy was held in reserve. However, Committed, a Gen X dating sitcom featuring a clown, was a far worse idea. After 13 episodes of that, The Office punched in and ran for nine seasons, making it one of the most successful mid-season replacements of all time.

SammynotHagar 21 months ago
When the show "the Bionic Woman" made its debut, the magazine Starlog came up with the following limerick: There once was a woman Bionic / whose story was somewhat ironic. / When her counterpart kissed her / she blew a transistor. / Now relations are strictly Platonic!

LittleMissNoName 21 months ago
The Office more successful than Dallas? The show was so successful, that CoziTV can't even find a spot for it in their primetime weekday lineup. I remember the show doing below average numbers during it's first run on NBC.

Show also has(d) an obnoxious millennial office worker fan base, who thought it was comedy gold par excellence. For everyone else, the humor just falls flat on it's smarmy little face. This is coming from someone who has worked in a corporate environment. Snobby little show definitely needed a laugh track!
Like Reply Delete

Dario 40 months ago
The Bionic Woman came out in 1976, hence the doll would come out much later in 1976.
Like Reply Delete