Would you rather wear a nose warmer or a nose trainer? 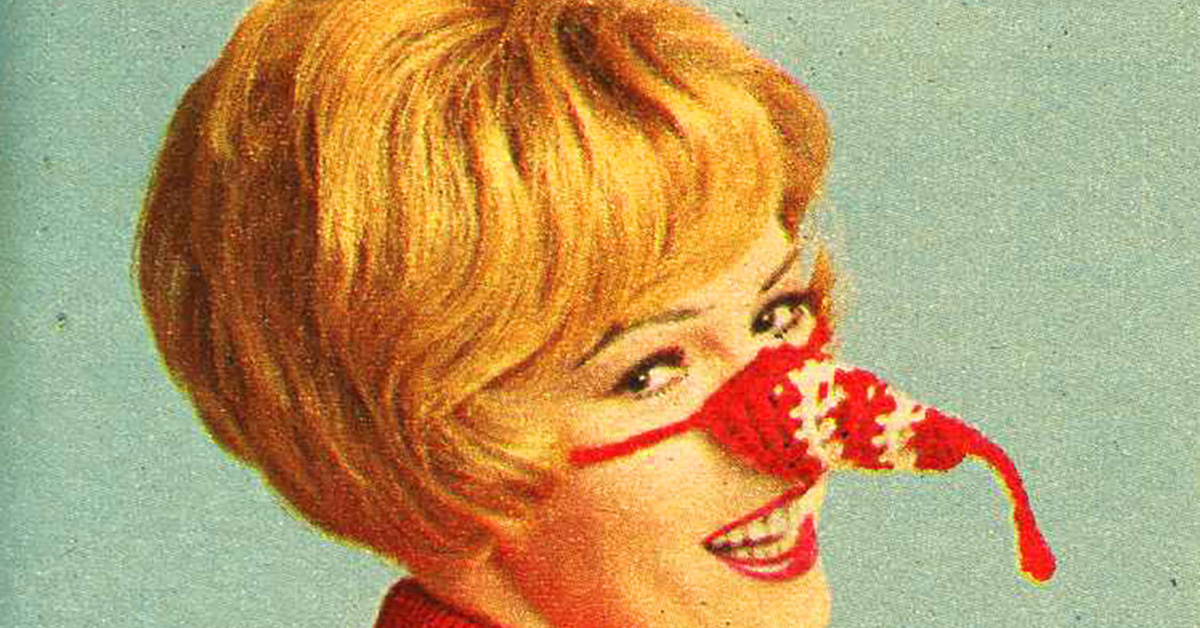 Over the years, plenty of kitschy products that turned out to not be as groundbreaking as we once thought have come and gone. From the vibrating "workout" belt of the 1950s to the Zunes of the 2000s, many of these products are long forgotten. However, thanks to the magic of advertisements, many of the ideas of these silly novelty products live on.

Here are some of the weirdest products from the depths of the internet that you probably won't find at the mall this holiday season. 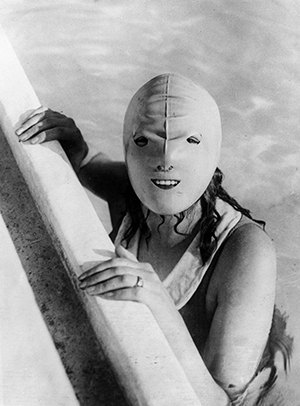 Imagine the feeling of water seeping into this mask from the 1920s through the eye, nose and mouth holes while you're wearing it. Is this mask supposed to protect you from the sun? Or help you keep your makeup tidy while you swim? Or terrify the local kids trying to enjoy their time at the public pool? You be the judge. 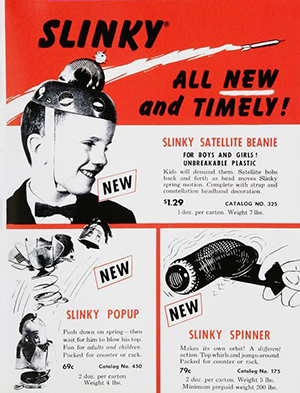 First off, it's pretty cool that this ridiculous helmet was made for boys and girls. However, we can't help but wonder why this was made in the first place, for anyone. We all know the most exciting thing to do with a Slinky is to make it walk down stairs, or hold two ends of a toy dog together. What good does it do on the top of your head? 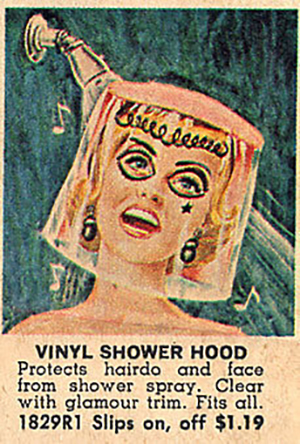 Have you ever had your hair and makeup done for a night out, but realized you had forgotten to take a shower? That's a scenario perfect for a vinyl shower hood! While it's understandable that women in the 1960s would want to protect their hair, since styles were typically meant to be worn for days. But you're certainly not supposed to sleep in your makeup, so wouldn't a plain ol' showercap suffice? 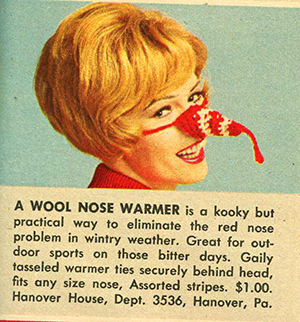 You have earmuffs, scarves and gloves, but what about your nose? How are you supposed to keep your nose warm in the blustery winter? Why, with a wool nose warmer, of course! Though you'd be hard pressed to find this goofy little winter accessory in stores, it looks easy enough to knit… 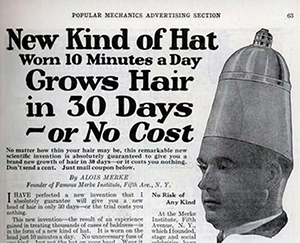 No man wants to lose his hair, and this hat from the "Famous Merke Institute," was likely thought of as the way of the future. This metal hat apparently only had to be worn for ten minutes a day and you'd grow a full head of hair in a month, because it stimulated "dormant" hair follicles. The ad stated that you don't have to pay if hair doesn't grow. Seeing that the hat is no longer produced… it's safe to assume they ran out of money. 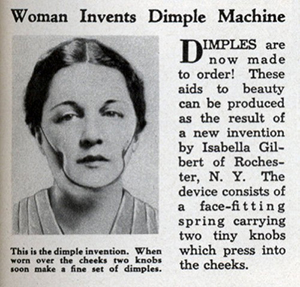 Have you ever looked at pictures of yourself as a child and wished you still had those cute little dimples? Well, Isabella Gilbert thought the same thing in 1936 when she invented the "dimple machine." Sadly, this spring loaded contraption didn't give you permanent dimples, just temporary indentions in your skin. You know how uncomfortable it is when you don't wear stretchy pants to Thanksgiving dinner? Imagine that on your face.

7. A cure for an unruly mustache 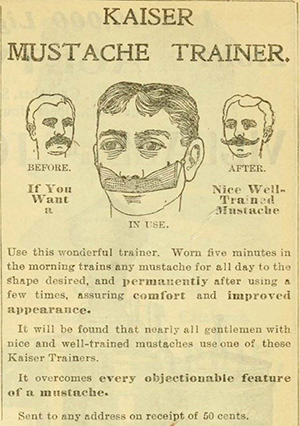 Have you ever wondered how the hipster bartender at that trendy cocktail bar has such an impeccably styled mustache? His secret… probably isn't the Kasier Mustache Trainer. This ad boasts that just five minutes of wear per day can turn your droopy handlebar mustache into Snidley Whiplash–esque whiskers.

Image: All That is Interesting 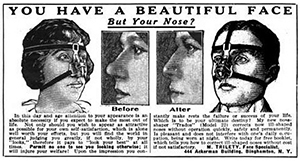 Luckily, we've learned since this "nose harness" hit the market that we shouldn't try to alter our bone or cartilage structure without the help of a medical professional. However, it's cringeworthy to think about people actually wearing this coontraption in order to re-shape their noses.

RedSamRackham 35 months ago
* Wally Cleaver did try to use a nose harness! I remember reading that a helmet with an infra-red bulb would stimulate hair growth but that bulb was mere quackery, only a red Xmas tree bulb.
Like Reply Delete

RedjacArbez 46 months ago
Wally had a nose harness because a girl said his nose was pug.
Like Reply Delete