Where To Watch Shop Store Contact
Home / Stories / 8 things you probably forgot about the live-action Flintstones movie
1990sDid you know?

8 things you probably forgot about the live-action Flintstones movie

The blockbuster had Liz Taylor's final film role and hidden cameos by Hanna and Barbera. 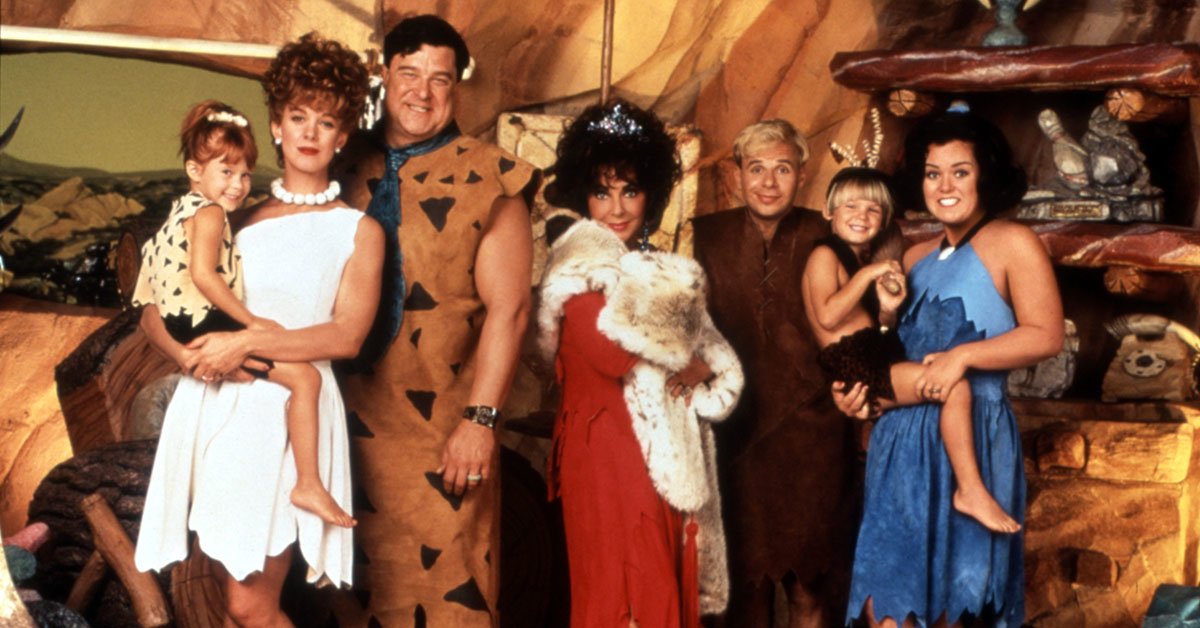 The Flintstones — the live-action movie, mind you — was a massive success. That's the first thing that might slip your mind about the 1994 film. Earning more than one-third of a billion dollars, the blockbuster ranked as the sixth highest-grossing release of the year, just behind Speed and just ahead of Dumb and Dumber. So whatever your feelings might be about seeing the cartoon come to life, know that the general public ate it up.

The casting John Goodman as Fred and Rick Moranis as Barney was an inspired choice. Their spot-on embodiment of the toons carried the movie — and compensated for some of the more questionable casting decisions.

The summer smash led to a sequel, but that is something that is better left forgotten. Let's take a look at some interesting trivia about The Flintstones.

1. It was the final film appearance of Elizabeth Taylor. 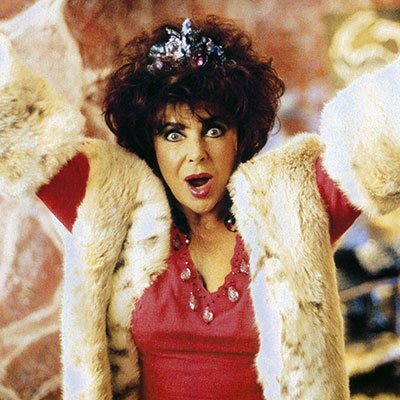 Fred's mother-in-law Pearl Slaghoople (originally voiced by Verna Felton) made her debut in 1962, around the time that Liz Taylor was preparing to film Cleopatra. Jump to three decades later, and Taylor was enjoying a six-year break from the big screen. To coax her into the role, the studio agreed to donate money from the film's premiere to her AIDS foundation. It would be her last movie. Joan Collins replaced her in the sequel. 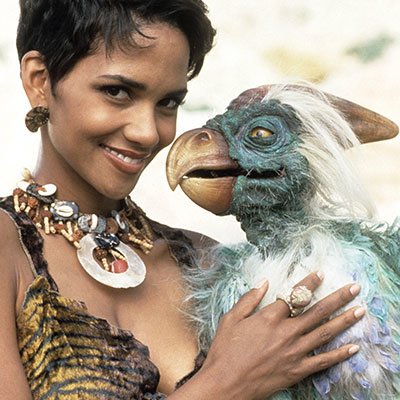 The Carol Burnet Show funnyman Harvey Korman played a key role in the original Flintstones cartoon. He voiced the Great Gazoo, the bulbous green alien who floats into Fred's life in the final season. Korman returned to Bedrock for the reboot movie, voicing the Dictabird, a key plot point in the story. Here you can see the bird with co-star Halle Berry.

3. Joseph Barbera and William Hanna both made cameos. 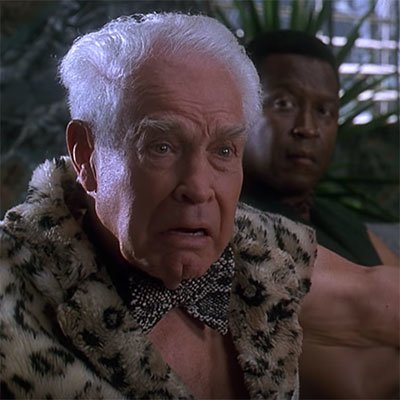 The creators of the Flintstones — not to mention a beloved animation empire — got the chance to step into a "real" Bedrock. William Hanna (seen here) appears as an executive in a boardroom scene. His creative partner Joseph Barbera can be spotted driving a "Mersandes," the Bedrockization of a fine Mercedes automobile.

4. The B-52's briefly changed their name for the movie. 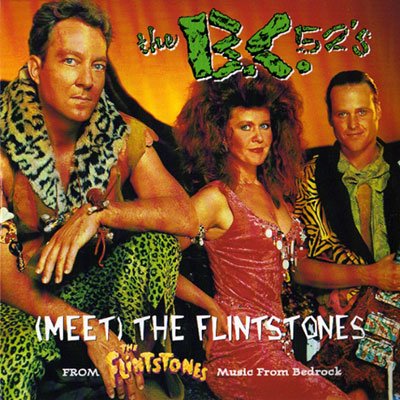 Quirky pop institution the B-52's went all in for their role in the movie and on the soundtrack. The band renamed itself "The BC-52's" for their versions of "(Meet) The Flintstones" and "The Bedrock Twitch." Not only was the name "BC-52's" featured on all the physical releases, the band was officially booked into the Top 40 on Billboard as the "BC-52's." 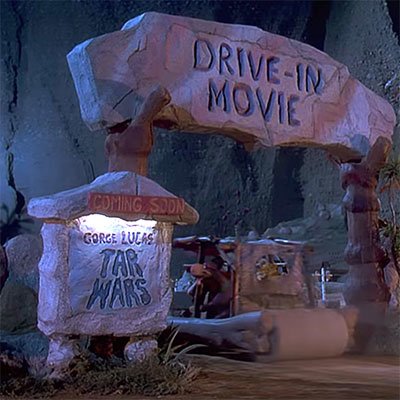 As the movie recreates the classic opening credits scene, Fred drives (scampers) his family to the drive-in theater. Originally, the movie playing was The Monster. However, in the live-action version, the Flintstones are going to see Tar Wars. The director? "Gorge Lucas." Now that is pretty clever.

6. It was a "Steven Spielrock" movie. 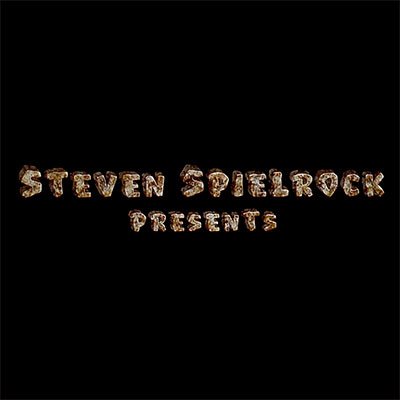 The "Gorge Lucas" nod was perhaps expected considering his longtime friend "Steven Spielrock" oversaw the production of the remake with his Amblin studio.

7. Twins played both Pebbles and Bamm-Bamm 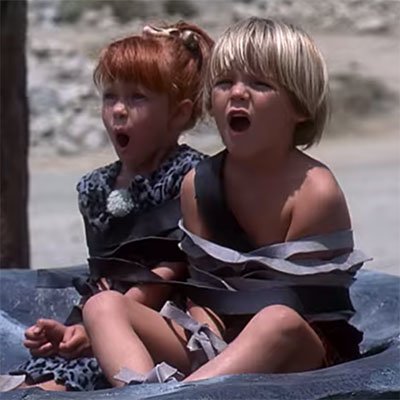 Call it the "Olsen Twins Approach." Two sets of twins were hired to play Pebbles and Bamm-Bamm. Icelandic boys Marinó and Hlynur Sigurðsson portrayed the young Rubble. Melanie and Elaine Silver were the redheaded toddler. The production would swap them in-and-out from scene to scene. Try to spot the difference. Rather oddly, none of them did anything in film again. 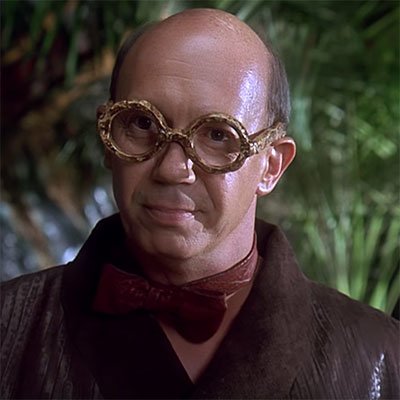 Dan Florek, who played Donald Cragen in the Law & Order universe for a quarter century, assumed the role of Mr. Slate. He was not the only familiar TV face in the cast. Richard Moll of Night Court was "Hoagie," a sort of rabble-rouser in Bedrock.

DavidHeimbach 20 months ago
There is an error on #5…The Flinstones are NOT going to see Tar Wars. If you look just above the movie title are the words “COMING SOON”. This means they are going to see another movie at this time and it probably is The Monster as it was in the cartoon.
Like Reply Delete

Kiyone57 38 months ago
It's standard to have twins play very young children in movies or on TV. There are strict limitations on how many hours per day they can be on set.
Like Reply Delete

kilimanjaro 38 months ago
I watch nothing with woozy o' don't know in it! She/ it can cram her/'it's anti-President Trump ramblings where the sun don't shine!
Like Reply Delete

MichaelFields kilimanjaro 38 months ago
What the unintelligent Trump voter are you talking about? No wonder you like Trump he is as stupid as you are
Like Reply Delete

CouchPotato19 MichaelFields 37 months ago
Listen to this childish Democrat. They're all the same. Always whining and starting a fight.
Like Reply Delete

Barry22 39 months ago
If my memory serves me correct, there's a scene where Fred's throwing a party and the guests are dancing in a conga line, there's an old woman in that conga line and she was the actress who provided the voice of Wilma Flintstone.
Like (2) Reply Delete

cperrynaples 39 months ago
Ironic that Joan Collins played Taylor's role in VRV since Collins was once called the "poor man's Liz"! Fun Fact: Collins and Taylor appeared together in These Old Broads with Debbie Reynolds [who lost Eddie Fisher to Liz]. THAT was Liz's last acting role, although it was for TV and not movies!
Like (2) Reply Delete

Pacificsun 39 months ago
That movie would be really fun to see on free TV around the holidays!

cperrynaples Pacificsun 39 months ago
No, you'll have to go to Netflix to see either Flintstone movie!
Like Reply Delete

RobCertSDSCascap 39 months ago
A decent movie, but not among my favorites. 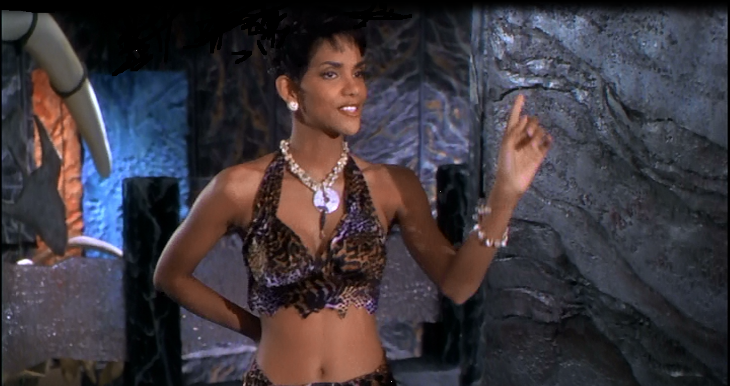