The MGM musical has been entertaining us for more than 60 years! 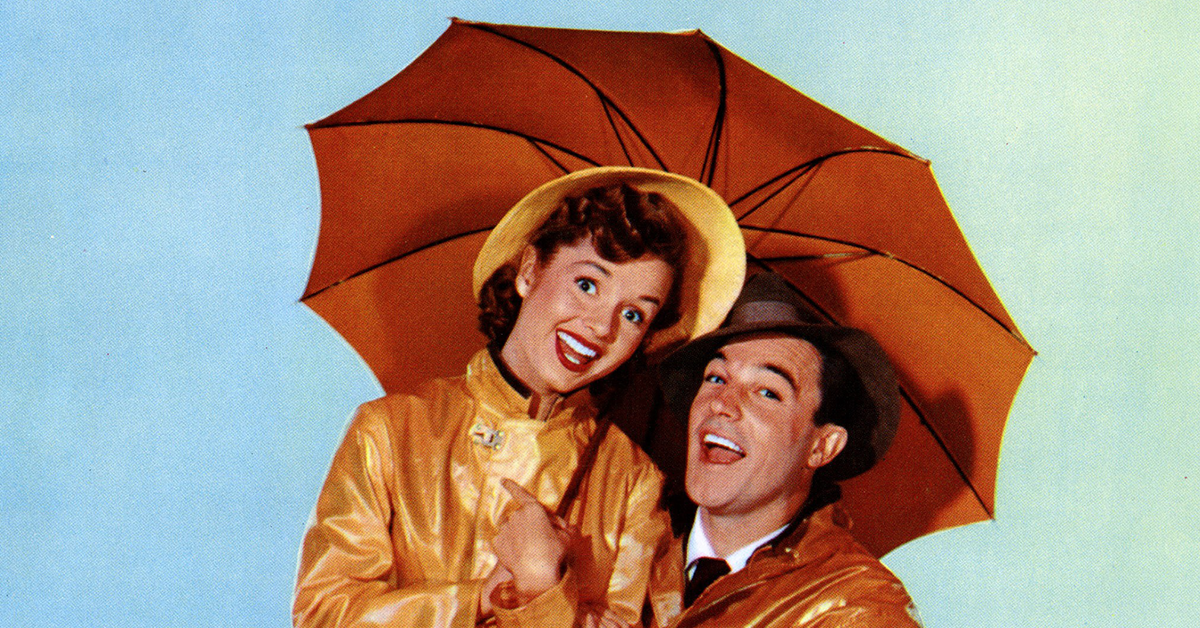 You know the moment. Debbie Reynolds closes the door, the sound of raindrops gets louder with the music, Gene Kelly dismisses his driver — blissfully, happily preferring the rainy route. It’s one of cinema’s most iconic moments, and for good reason. The combination of Kelly’s charm and talent make for a dance in the rain that’s still celebrated today.

Did you know any of these facts about Singin’ in the Rain?

1. Most of the songs used in the film aren’t original.

Singin’ in the Rain, about a film company’s transition from silent pictures to “talkies,” was filmed in 1952 but takes place in the 1920s, and thus borrows songs made famous by older movies. For instance, “Good Morning” was performed by Judy Garland and Mickey Rooney in the 1937 film Babes in Arms. Garland also performed the film’s title track, “Singing in the Rain,” in the 1940 film Little Nellie Kelly.

2. One of the “original” songs in the film is actually a rip-off. 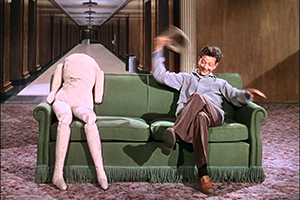 Donald O’Connor’s famous rendition of “Make ‘Em Laugh” is considered one of two original songs written for the film, but it’s not very original at all. It owes its melody and beats to “Be a Clown” from the 1948 film The Pirate, performed, funny enough, by Gene Kelly. Compare the two for yourself – here’s “Make ‘Em Laugh” and here’s “Be a Clown.” Notice the similarities?

Reynolds was only 19 when she starred in Singin’ in the Rain. (Kelly, who plays her love interest, was 39.) She still lived at home with her parents during the film’s production, and took multiple buses to set every morning. Prior to her role as Kathy Selden, she had never really danced before, though her background as a gymnast helped her learn the routines. She later famously said, “Singin’ in the Rain and childbirth were the two hardest things I ever had to do in my life.”

4. The Production Code cost the movie a steamy moment. 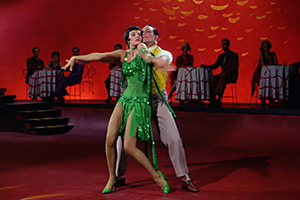 During the “Vamp Dance” segment of the “Broadway Melody Ballet,” a dance routine featuring Gene Kelly and Cyd Charisse, there is a cut moment that was deemed “too suggestive” by censors. The actual footage has been lost, but is believed to be a move where Charisse wraps her legs around Kelly’s waist.

5. Reynolds and O’Connor were also supposed to be in the “Singin’ in the Rain” sequence.

Kelly’s rain dance wasn’t meant to be a solo affair. In an early draft of the script, O’Connor and Reynolds were there too, and it was to be performed when the three emerged from a restaurant after deciding to change their flop film into a musical. The scene was reworked so that it was just Kelly, and it is now legendary, as are the misconceptions about it. Though it’s true that Kelly was ill during the scene (with a temperature of 103), it’s not true that he filmed his dance in one take. 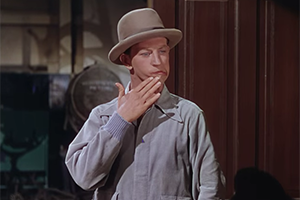 O’Connor’s smoking habit made his dance routines incredibly difficult. “I was smoking four packs of cigarettes a day then, and getting up those walls was murder,” he said of his “Make ‘Em Laugh” performance. The strenuous scene was filmed in one day and on a concrete floor, but had to be re-filmed days later because the film strip was fogged.

On the flip side, Cyd Charisse actually smoked her first and only cigarette during her scene in the film.

7. Debbie Reynolds took home most of the famous costumes.

Reynolds was known for saving and collecting artifacts from classic films — including two pairs of ruby red slippers from The Wizard of Oz and Marilyn Monroe’s white dress from The Seven Year Itch — so it’s no surprise that she found herself with a number of the costumes from Singin’ in the Rain. They were eventually sold in a 2011 auction in Hollywood to private collectors and museums.

8. Gene Kelly was known as a tyrant on set. 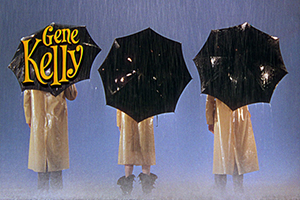 Kelly not only starred in the film, but also co-directed it with Stanley Donen and choreographed all of the dance numbers. Because of his investment, his co-stars say he was irritable and a bit scary during filming. Donald O’Connor in particular did not enjoy working with Kelly, admitting later that he was in constant fear of getting yelled at.