She’s so much more than Princess Leia. 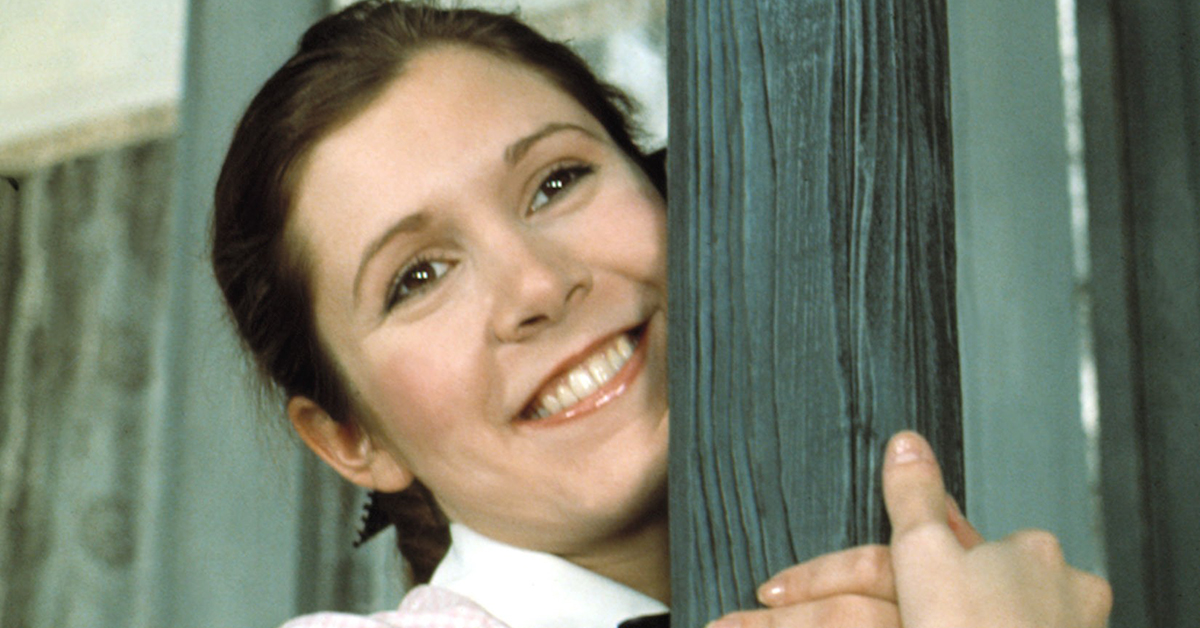 The late 1970s were a tumultuous time for Carrie Fisher. As the daughter of America’s sweethearts, Eddie Fisher and Debbie Reynolds, she was Hollywood royalty long before she was a princess in a Star Wars film. But the fame and success that came with her Leia buns took a toll on Fisher, who was quietly struggling with addiction and bipolar disorder. Never one to be held down – much like feisty Leia – she rose to the occasion, beating her addictions, becoming an advocate for mental health and maintaining a new career as a successful novelist and screenwriter.

We were so inspired by her charm, strength and sense of humor that we decided to take a look back at her life and career and remember all of the reasons why she’s so great.

1. Her wild upbringing only inspired her 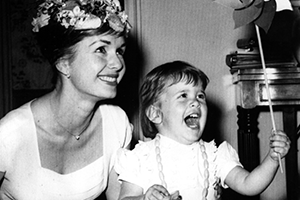 Carrie was born Carrie Frances Fisher to Eddie Fisher, a famous singer, and Debbie Reynolds, star of Singin’ in the Rain, in Beverly Hills in 1956. As the daughter of entertainers, her life was a show from day one. “I grew up visiting sets, playing on backlots and watching movies being made,” Fisher wrote in her 2008 autobiography, Wishful Drinking. “As a consequence, I find that I don’t have what could be considered a conventional sense of reality.” Though set stories and soirees made up the bulk of her adolescence, she chose not to reject her Hollywood lineage but to embrace it. She became an actor like her mother, appearing with her on Broadway at age 15, and made her screen debut in the 1975 film Shampoo opposite Warren Beatty.

2. She didn’t hold a grudge against her famous stepmother 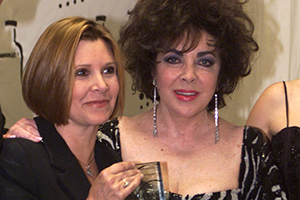 Carrie’s father famously left Debbie Reynolds for her good friend Elizabeth Taylor, who was also the widow of Eddie Fisher’s best friend Mike Todd. Carrie was two at the time. She didn’t have much interaction with Taylor as a kid, but, in a strange turn of events, both Carrie and her mother warmed up to Liz later in life and they all became good friends and even filmed a TV movie together. Carrie said of Liz after her passing: “If my father had to divorce my mother for anyone – I’m so grateful that it was Elizabeth.” Talk about class!

3. She overcame addiction with good humor 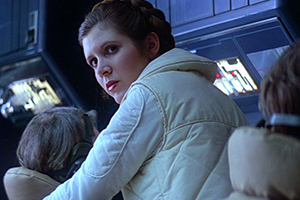 In the 70s and 80s, Fisher struggled with both cocaine and prescription drug abuse, and later survived an overdose. But she beat the drugs and now speaks about her issues in a frank, non-glamorous way so as to stress how much addiction hurt her. Her book and live comedy show Wishful Drinking deals with her abuse problems, and she turned her experience in rehab into the bestselling novel Postcards from the Edge, which was later turned into a movie starring Meryl Streep and Shirley MacLaine. 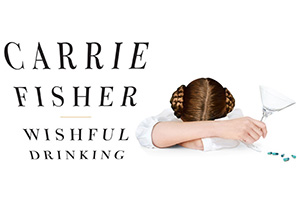 Fisher suffers from bipolar disorder and has been very candid about her experience with the illness. In Wishful Drinking she uses her beautiful way with words to describe how it feels to suffer from manic episodes: “Mania is, in effect, liquid confidence… when the tide comes in, it’s all good. But when the tide goes out, the mood that cannot and should not be named comes over you and into you. Because to name it would be an act of summoning.”

She has used interviews, including an ABC News special with Diane Sawyer, to raise awareness for mental health and to let fellow sufferers know that they are not alone.

5. She’s a brilliant novelist and screenwriter 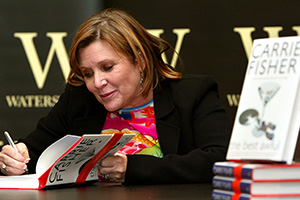 In addition to books, she also had a secret career of sorts as a Hollywood script doctor. After her script for the Postcards from the Edge adaptation was such a success, she was brought on to do rewrites of Steven Spielberg’s film Hook. This led to more gigs. She did rewrites on The River Wild, The Wedding Singer, Sister Act, Lethal Weapon 3 and even the Star Wars prequels.

6. She embraced her Star Wars legacy 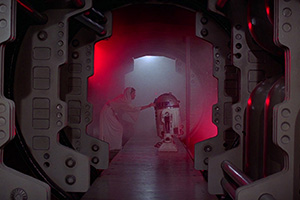 Fisher was open with the fact that she never had huge acting ambitions, and one can assume this is why she didn't seem to mind that she will forever be known as Princess Leia. “I’ve been Princess Leia for 40 years. So what, I’m gonna stop now?” she said in a Good Morning America interview while she promoted Star Wars: The Force Awakens, where she reprised her most famous role. Fisher was a staple at fan conventions and seemed to get a kick out of the insane merchandise that comes with being the star of a beloved nerd franchise.

7. She was endlessly proud of her daughter – and her dog 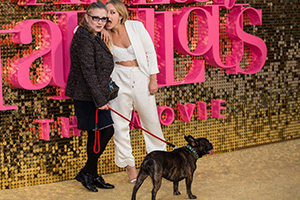 Carrie’s love for her daughter Billie Lourd, whom she calls her “most extraordinary creation,” is infectious. Mom and daughter both appeared in Star Wars: The Force Awakens together after Carrie championed Billie’s involvement. The aspiring young actress is living a life eerily similar to her mom’s – she’s not only Princess Leia’s daughter, but also the daughter of Bryan Lourd, a famous talent agent, meaning she too was raised among the stars. But she seems to have a good head on her shoulders; she didn’t get into acting until she was already a college graduate, from the prestigious NYU. She was a series regular on the hit Fox series, Scream Queens.

She was equally proud of her unofficial son, French bulldog Gary, who has become quite popular on the Internet! Gary attended premieres with Carrie, and his trademark side tongue has propelled him to Instagram fame (over 40,000 followers!).