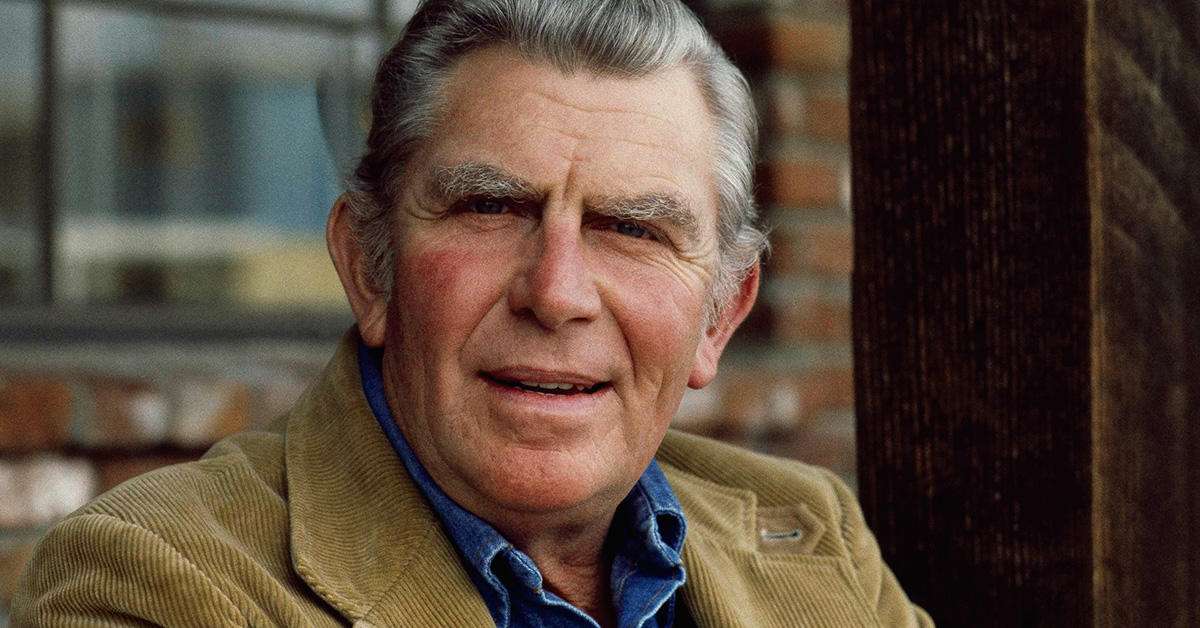 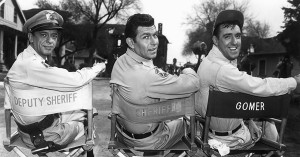 Andy Griffith created one of the most beloved television characters of all time in Sheriff Andy Taylor. The role is so iconic, it's hard to divorce the actor from the role. It's easy to image that the man himself was just as amiable, folksy and virtuous as his screen persona. After all, Mayberry was based on his hometown of Mt. Airy, North Carolina.

Griffith oozed his Southern charm in Matlock, as well. He was so known for his wholesome, heroic characters, it's hard to imagine him as a bad guy. That being said, Griffith had great range as a performer, and showed his devilish side in deliciously dark roles. Few entertainers were able to shift gears from gospel singer to evil genius, but as you will see, Andy Griffith's career ran quite deep. 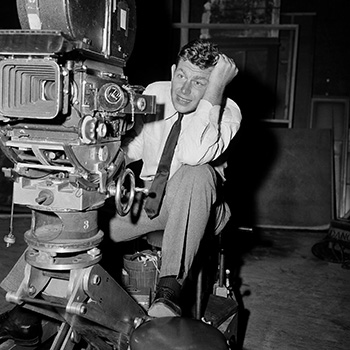 After graduating from the University of North Carolina, Griffith hopped from Chapel Hill to Goldsboro, North Carolina, where he taught drama at Goldsboro High School for a few years. Go Mighty Cougars!

2. He sold nearly a million copies of a comedy single. 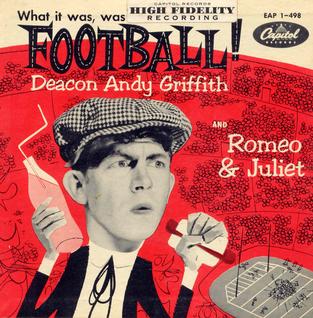 Before becoming a screen star, Griffith scored huge hits as a humorous raconteur. His breakthrough routine, "What It Was, Was Football," a monologue from the perspective of a country bumpkin who witnesses his first football game, sold a mind-boggling total of 900,000 or so copies. It broke into the Top Ten of the pop charts in 1954. According to Capitol Records' liner notes, the bit was recorded at an "insurance convention" in Greensboro, North Carolina.

3. He was nominated for two Tony awards for his work on Broadway. 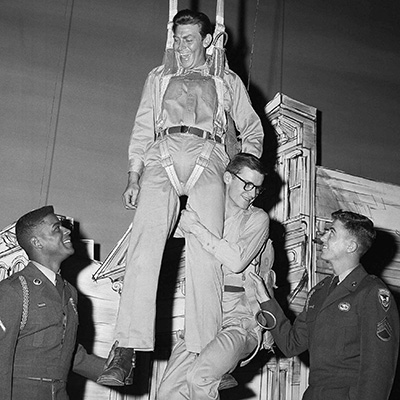 Griffith took to Broadway in 1955, starring in Ira Levin's comedic drama No Time for Sergeants. Roddy McDowell, seen here hanging from his leg, played Griffith's buddy. The Tony Awards honored Griffith with a nomination for Distinguished Supporting or Featured Dramatic Actor at the 1956 ceremony. He lost to Ed Begley. Four years later, he earned a nomination for Distinguished Musical Actor for his lead role in Destry Rides Again.

4. He first acted alongside Don Knotts in 'No Time for Sergeants.' 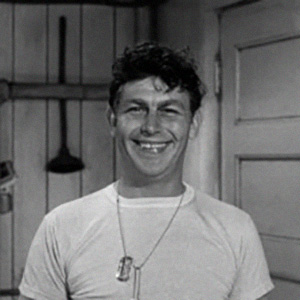 No Time for Sergeants proved to be a wildly popular multimedia sensation, as it was a teleplay, a Broadway drama, a comic book, a feature film and a book. The tale of a country boy who enlists in the Armed Forces also proved to be the template for Gomer Pyle, U.S.M.C. The lifelong friendship between Griffith and Don Knotts began on the Broadway stage, and the two appeared in the 1958 film, too. Their work together in Sergeants would lead to Knotts being cast as Barney Fife. 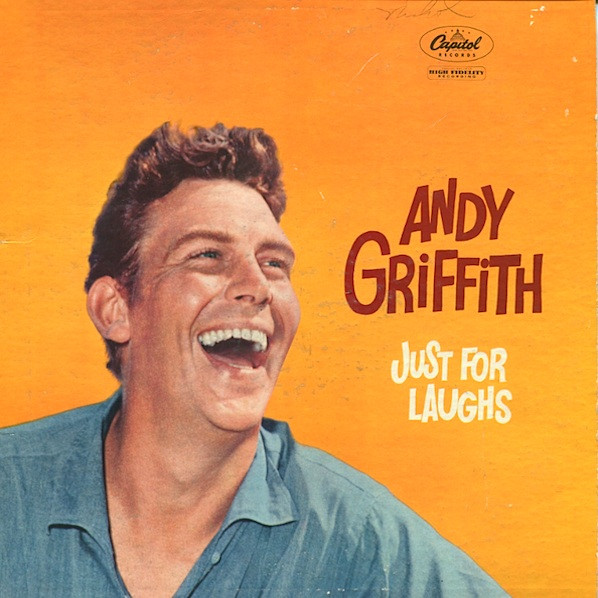 Griffith continued to hone his microphone skills with his 1958 comedy platter and debut album Just For Laughs. "Football" opened the record, and he also had bits based on "No Time For Sergeants" and "Romeo & Juliet."

6. He played a drunken drifter turned star in a dark drama film.

In a prescient tale that still resonates today, Griffith starred as an alcoholic singer who becomes an egotistical media sensation in Elia Kazan's A Face in the Crowd. A solemn commentary on celebrity, the film ends with Griffith's "Lonesome" Rhodes indeed alone, shouting from the window of his penthouse as a Coca-Cola logo flashes brightly. 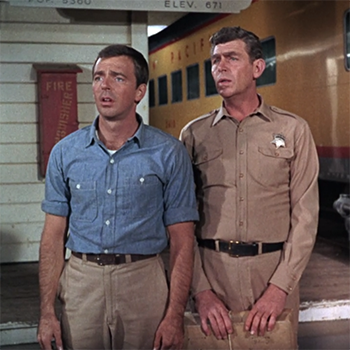 Okay, we are going to spend a little time talking about Andy Taylor. The Sheriff pulled off the rare feat of appearing on four different shows — The Danny Thomas Show, The Andy Griffith Show, Mayberry R.F.D. and Gomer Pyle, U.S.M.C.

8. He played a murderous hunter in the movie "Savages.'

After his time in Mayberry, Griffith went back to exploring his dark side. In 1974, he eschewed the wholesomeness of Mayberry in two twisted TV movies. He played a sociopathic businessman chasing his employees through the desert in Pray for the Wildcats, and played another psycho hunting a man in the desert in Savages. William Shatner and Robert Reed appeared in the former. At the end of Savages, Sam Bottoms takes him down with a slingshot.

9. He played the villain Rancor in the James Bond spoof 'Spy Hard.' 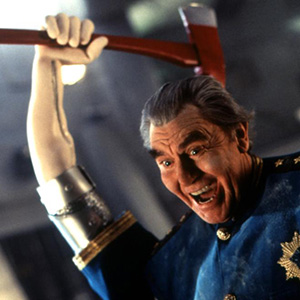 His dark roles might have shocked Aunt Bee, but no Griffith gig perplexed quite like this 1996 Leslie Nielsen parody film. In the end, Griffith's silly and sadistic Rancor loses his robotic arms, has cement blocks piled on his head, fights Hulk Hogan (sort of) and is launched into space. 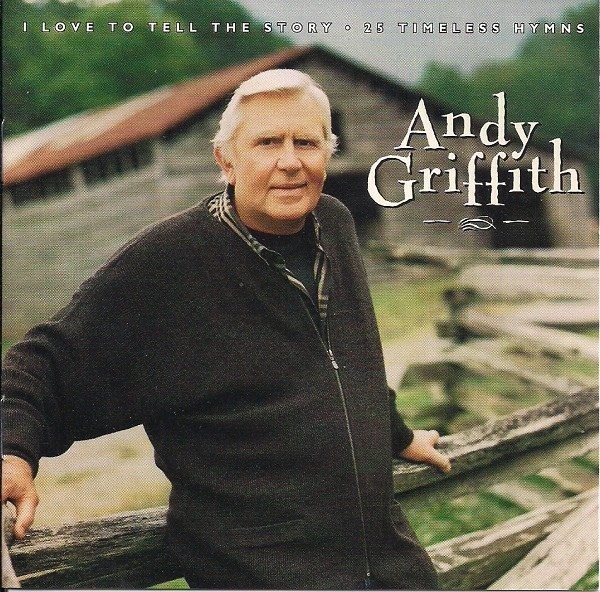 That same year as Spy Hard, Griffith sang his praises on the spiritual album I Love to Tell the Story: 25 Timeless Hymns. The album won the Grammy Award for Best Southern, Country or Bluegrass Gospel Album. 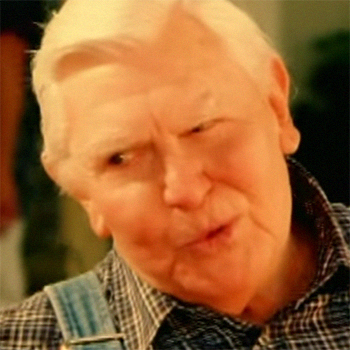 Griffith's final screen role came in October 2009, when he played a sage old man doling out romantic advice in a Brad Paisley tune. The song, featuring Griffith's spoken word verses, appeared as a bonus track on the country singer's Play (The Guitar Album). Sporting overalls and a well-worn flannel shirt, the former Sheriff Taylor passes on wisdom to Paisley from a park bench in the video.

WallyCalhoun 3 months ago
An often overlooked role was he played the bad guy in the movie "Murder in Coweta County" opposite sheriff Johnny Cash....
Like Reply Delete