Who knew you could go from Mayberry nuisance to the mayor of McDonaldland? 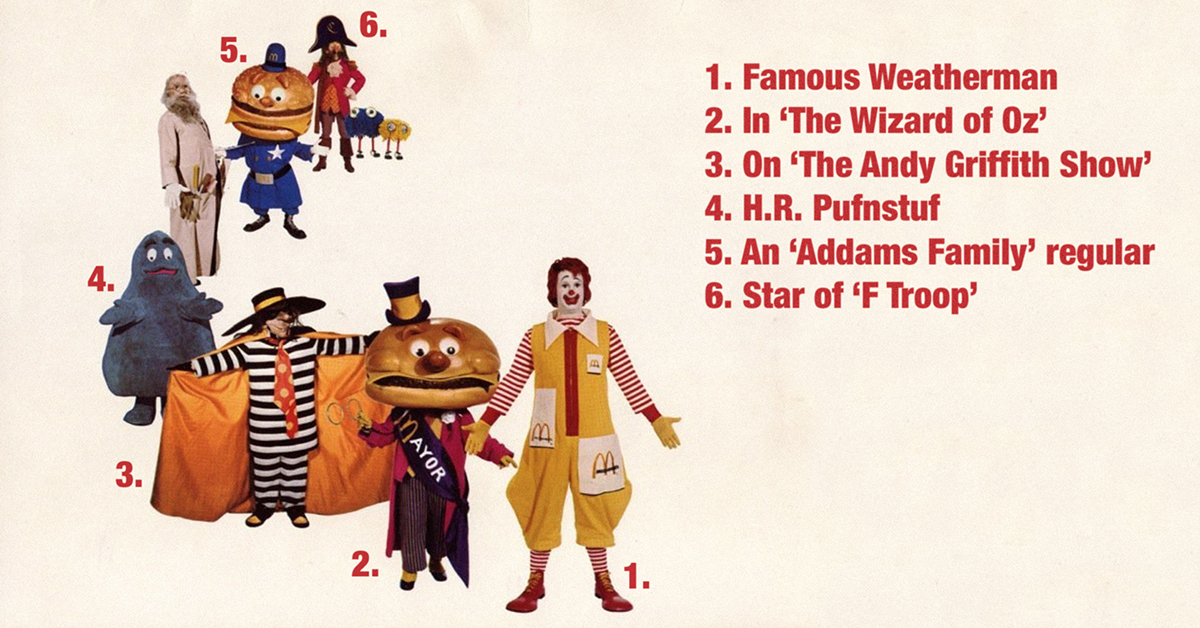 When you were a kid, going to McDonald's was more than a Happy Meal with a prize inside. The fast food joint was a miniature amusement park, especially if there was a PlayPlace out front, that plastic paradise of ball pits and slides. And who could forget the mascots?

Ronald McDonald made his debut in 1963. The cheerful clown later had a new world of friends and foes when McDonaldland made its commercial debut in 1970. The television ads introduced new favorites through the early Seventies. The purple, pear-shaped Grimace adored his milkshakes. Hamburglar was always out to snag a beefy bite. Mayor McCheese and Officer Big Mac kept the peace.

There were also more obscure characters who came and went over the years.

Did you know that some notable television stars were behind these McDonaldland characters? In most cases, they provided the voices heard in commercials. A couple of the performers below were in the costumes. Let's take a look. 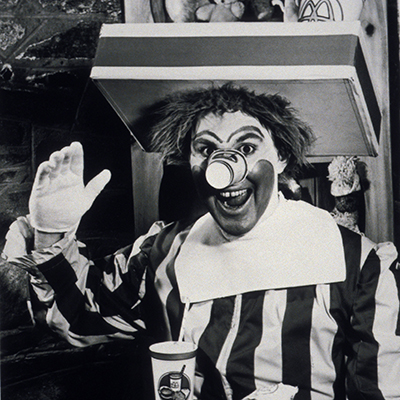 We start with the most widely known celebrity McDonald's performer. Willard Scott, who delivered the weather and birthday wishes on The Today Show for nearly two decades, was the first man to play Ronald. He originated the role in 1963. As you can see, Ronald had a much different look, with a box of food perched atop his noggin and a paper cup for a nose.

Hamburglar made his debut in 1971. In 1985, the patty thief got a makeover, transitioning from the more sinister figure up top the the boyish, bucktoothed fellow seen here. The first actor to give Hamburglar a voice was Larry Storch, the slapstick star of F Troop, who voiced the character from 1971–86. Howard Morris, best known as the rambunctious mountain man Ernest T. Bass on The Andy Griffith Show, then took over as the voice. We'll hear more from Morris below…

Billy Curtis and Jerry Maren were two pioneering little people on the silver screen. Both were Munchkins in The Wizard of Oz. Some might remember Curtis from cult films The Terror of Tiny Town and Superman and the Mole Men. You can see him here as one of False Face's henchmen on Batman. As those two actors brought the character to life onscreen, Howard Morris gave him a voice. Yep, he found a lot of work moving from Mayberry to McDonaldland.

The towering Cassidy stood at 6' 9", which made him an imposing figure on 1960s television. Most know him as Lurch, the manservant of The Addams Family. He also made for an intimidating Star Trek android in the episode "What Are Little Girls Made Of?" He was far too big for the Big Mac suit and merely voiced the meaty cop. Jerry Maren, who measured at 4' 3", was the man inside.

You might not recognize the name Weinrib, but any child of the 1970s knows his work. He was a writer and voice actor on the Sid and Marty Krofft classic H.R. Pufnstuf. He voiced Pufnstuf himself, as well as Orson Vulture and Stupid Bat. Grimace and Pufnstuf do have similarly shaped heads…

Storch again. Captain Crook remains one of the more forgotten McDonald's characters. The pirate was essentially the counterpart of the Hamburglar, only he nabbed Filet-O-Fish sandwiches. Storch voiced the mustachioed cod gobbler. The man in the costume was Robert Towers, who played the Ferengi named Rata on Star Trek: The Next Generation.

A graceful master of creature performance, Doug Jones has had quite a year. The balletic actor remains relatively unknown, as he's typically wrapped in prothestics. He plays the alien Commander Sare, the sort of "new Spock" on Star Trek: Discovery. Oh, and he's the romantic sea creature at the center of the critically adored The Shape of Water. He's also been a key figure in the Hellboy movies and Pan's Labyrinth. But he got his start working for Mickey D's. Indeed, he was the moon-faced Ray Charles–like "Mac Tonight," playing the piano to promote the chain's late-night service in the 1980s.

SEE MORE: Meet the voices behind 'The Flintstones' who appeared all over 1960s TV 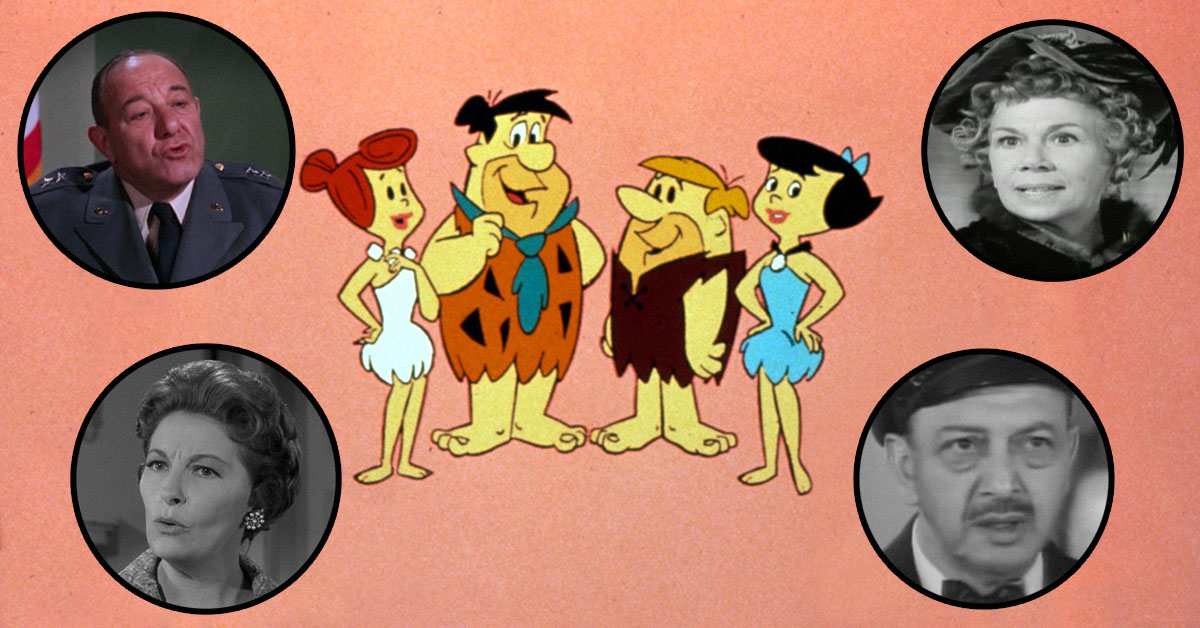 You yabba-dabba-didn't know these actors appeared on so many sitcoms. READ MORE 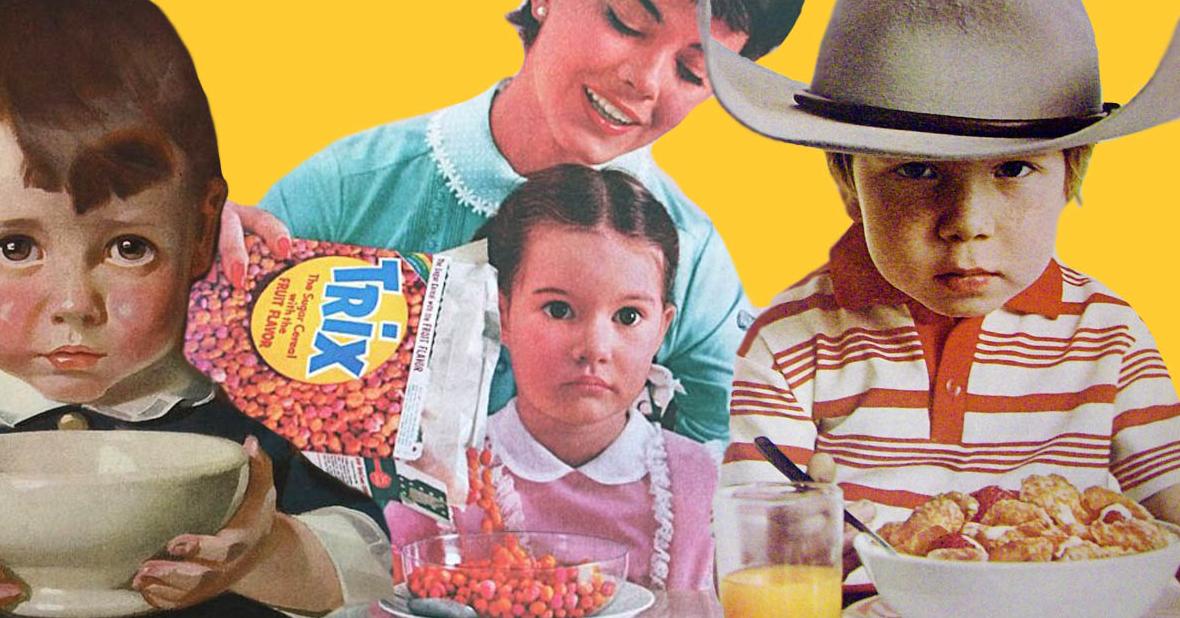 food
Why are kids so sad in vintage cereal ads? 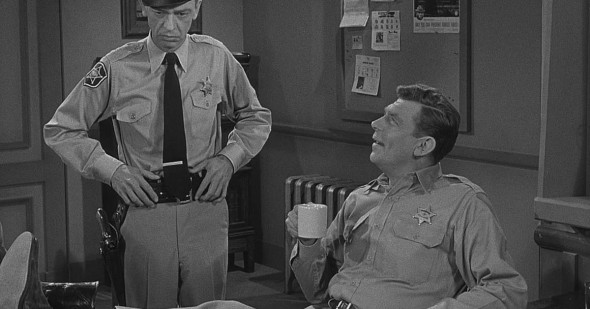 Did you know?
In defense of Jack Burns, the man who had to fill Don Knotts' shoes on 'The Andy Griffith Show'
Are you sure you want to delete this comment?
Close

angilbas 6 months ago
"That was me sword!" -- Captain Crook, with an emphasis on the 'w.'

LynCarceo 18 months ago
Wasn't Doug Jones also one of the Gentlemen in Buffy The Vampire Slayer?

LynCarceo LynCarceo 6 months ago
yes, he was, the tallest one, I believe

VBartilucci 27 months ago
Sid and Marty Krofft sued (and won) McDonalds for the McDonaldland characters (especially Mayor McCheese) being too similar to the H.R Pufnstuf gang.
Like Reply Delete

RedSamRackham 28 months ago
Lenny Weinrib was a few different characters on the Dick Van Dyke Show! ☺

Amalthea 47 months ago
I remember when Grimace had 6 arms.
Like Reply Delete

daledietterich 49 months ago
I miss Mr. Lucky
Like Reply Delete