13 intriguing facts about the 1962 graveyard smash the ''Monster Mash''

It indeed caught on in a flash and now stalks the airwaves as an immortal hit. 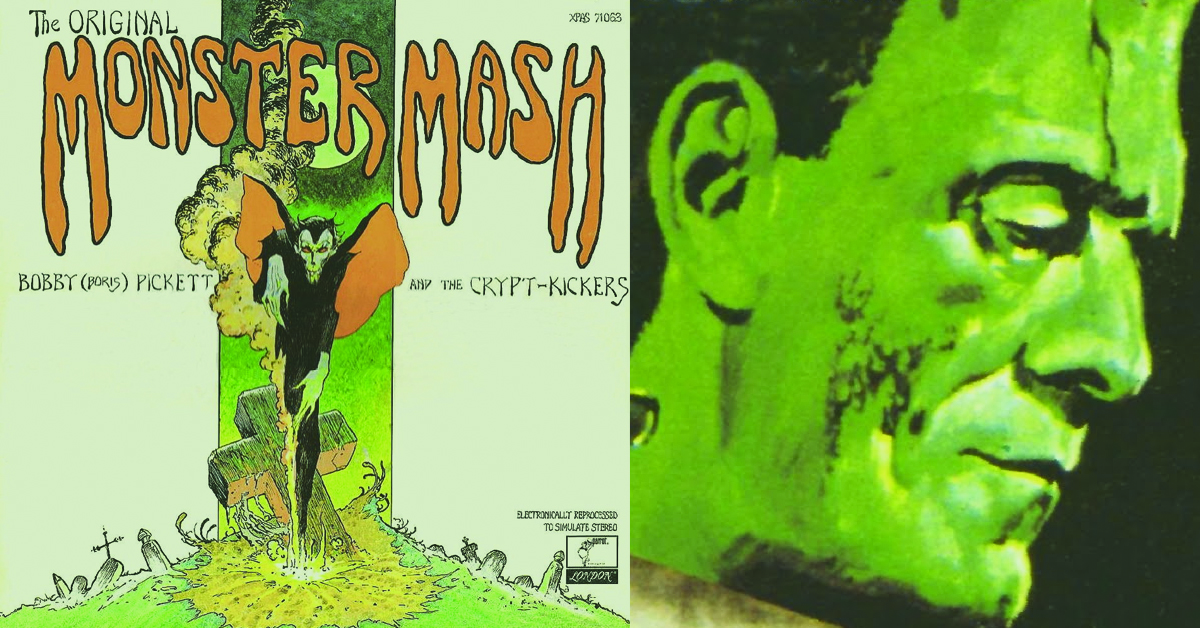 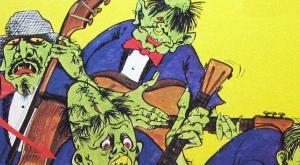 In 1962, Bobby "Boris" Pickett released his "Monster Mash," a tune that he co-wrote with composer Leonard Capizzi. It went on to become Halloween's most-played song, with People.com reporting last year that video views for the song on YouTube are 40 times higher at Halloween than any other time of year. The song's catchiness endures today, making it the "smash" success that the lyrics predicted it would be.

Since its release, the song has enjoyed multiple resurgences on the charts and famous covers by giant acts like the Beach Boys. It's also notoriously made too much mayhem overseas.

Whether you do the Monster Mash every Halloween or prefer to do something more like a Frankenstein creep out of the room to avoid hearing it for the billionth time, we think you'll enjoy this intriguing peek at the spooky hit's seemingly immortal success.

1. The song was inspired by an impromptu Boris Karloff impression. 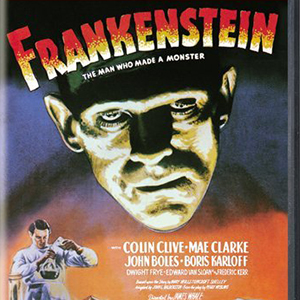 “Monster Mash” sprang from an impromptu Boris Karloff impression Pickett performed as part of a monologue while playing with his band the Cordials. They were doing a cover of the Diamonds’ “Little Darlin’.” When the audience ate it all up, Pickett’s bandmate (and "Monster Mash" co-writer) Lenny Capizzi told him he should keep up the Karloff gimmick. As we all know, Pickett went on to impersonate both Karloff and Bela Lugosi in “Monster Mash.”

2. The Crypt-Kickers featured some key figures. 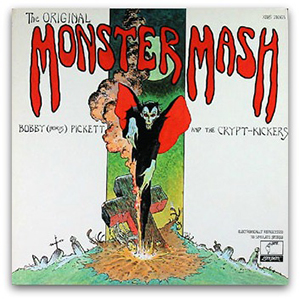 “The Crypt-Kickers” band behind the original “Monster Mash” recording featured Gary S. Paxton, who wrote the 1960 smash hit “Alley Oop” that Pickett said inspired his song. The flip side of the record featured Leon Russell (whose “A Song for You” has been covered by more than 200 artists) on “Monster Mash Party.” Russell played piano, which he also did on songs for bands like the Beach Boys and Jan and Dean. Elton John calls Russell a mentor. Considering this track record, it makes even more sense why the “Monster Mash” single took off.

3. The Beach Boys loved to play it live. 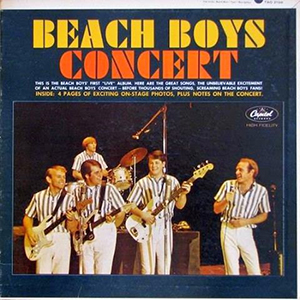 Several successful cover versions of “Monster Mash” exist, including a memorable version by the Beach Boys. They made it a feature of their live show, where Mike Love came out of "his cage" to step up on vocals and the audience would flip out. Later the punk band the Misfits would revive the song again for audiences in 1997, as it was a favorite childhood song of the band’s bassist, Jerry Only, who said the decision to cover it was a “no-brainer” for the heavily Halloween-themed band who performed on the holiday every year. We wonder whose fans loved it more. Hear Beach Boys fans lose their minds screaming in response to the song below.

4. The Monster Mash was pretty much the Mashed Potato for stiffs. 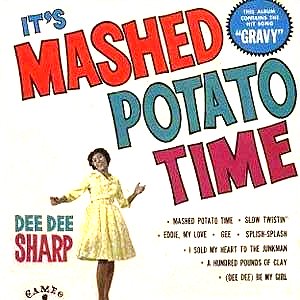 Another part of the “Monster Mash” plan was to stir a dance craze similar to the Mashed Potato. They were even so brazen as to riff off the Mashed Potato name and dance moves, copying the same exact footwork, but stiffening the arm and hand movements to add a Frankenstein effect. We understand if you need to take a break now to do the Monster Mash. We’ll wait. For everyone else, enjoy this animated depiction of the Monster Mash from the 1970s Saturday Morning Cartoons show Groovie Goolies. 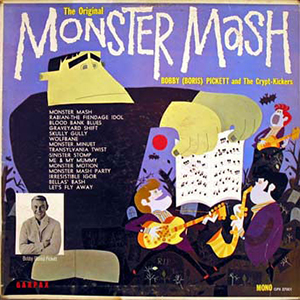 There are many eerie sound effects on the “Monster Mash” recording, including a coffin creaking open. This was accomplished by pulling a rusty nail from a wooden plank. Attentive listeners might recognize the sound of the bubbling cauldron, as it was created by blowing bubbles in water through a straw.

6. It was as successful as "The Twist" in the same year. 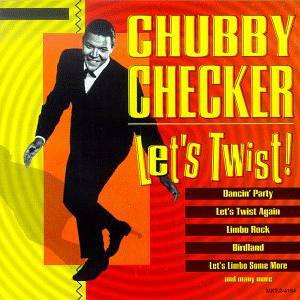 “Monster Mash” knocked the Four Seasons’ “Sherry” off its five-week run at the top of the charts in a year where previous No. 1 hits included catchy numbers like “The Loco-Motion,” “Breaking Up Is Hard to Do” and “Johnny Angel,” as well as dance hits like “The Twist” and “Peppermint Twist – Part I.”

7. The song was briefly banned in the U.K. 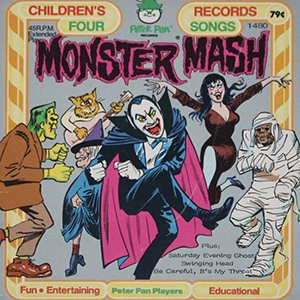 In the same year the song was released and climbing up the charts in the U.S., the BBC decided to ban it from airplay because they thought the song was “too morbid.” This helped limit the song’s “graveyard smash” to America until 1973, when “Monster Mash” returned to the U.K. as a re-release. It made it to No. 3 in the U.K. Top 40 Singles charts in October of that year. 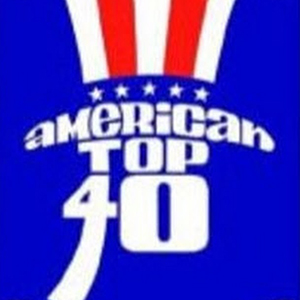 In 1973, on an episode of American Top 40, Casey Kasem goofed up and claimed “Monster Mash” had surpassed the all-time record by remaining in the Hot 100 for 40 weeks. His math was wrong, and a fan called in to correct him.  The song had only been charting for 37 weeks, and as if Kasem’s mistaken endorsement cursed its success (he should’ve knocked on wood!), the song vanished from the charts after his slip-up. 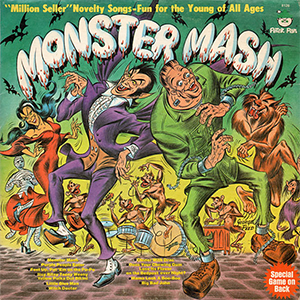 Also in 1973, the “Monster Mash” went on tour! As part of the 1973 re-release, the Crypt-Kickers played shows in the Dallas and St. Louis area. That version of the band featured Bryan Ray (who plays guitar for Paul McCartney now) and Jean Ray of the folk duo Jim and Jean on vocals. If you caught these performances, you know Pickett performed in costume, but not as Frankenstein or Dracula. Instead, he went for less monster and more gore, wearing a lab coat that was covered in spiders and blood. 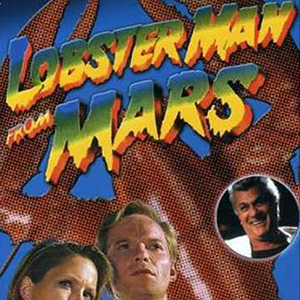 When Pickett wrote "Monster Mash," he was also an aspiring actor. He went on to appear in a handful of films that matched his heavy sense of genre, including the beach party movie It's a Bikini World (1967), a foray into biker culture in Chrome and Hot Leather (1971) a horror movie (of course) Deathmaster (1972), and a novelty sci-fi film, Lobster Man From Mars (1989). Additionally, he wrote a bunch of musicals like Frankenstein Unbound.

11. There were other monster songs. 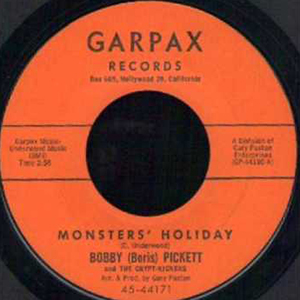 To piggyback off the success of his “Monster Mash,” Pickett recorded “Monsters’ Holiday,” which was supposed to be the Monster Mash decked out in tinsel for Christmas. That song had modest success, so next came “Monster Rap,” which jumped far from Frankenstein dance moves to “shock the body” in an attempt to teach the monster how to talk. But the best song associated with “Monster Mash” lore is the eventual version of “Transylvania Twist” released in 2005. It was written for a movie Pickett narrated, Spookley the Square Pumpkin, and performed by a girl group of animated melons called the Honeydoos. The backing band for the Honeydoos on the recording was led by Darlene Love, who we all know has a way bigger holiday hit under her belt. 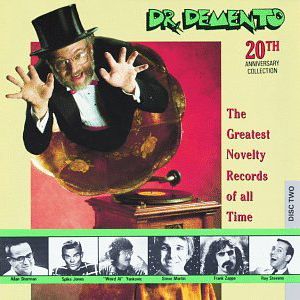 In 2007, the Dr. Demento show aired a documentary about Pickett’s life on an episode that aired on May 13, 2007 (which, FYI, was Presidents’ Day, not Friday the 13th, as you might suspect).  Dr. Demento, of course, is a radio broadcaster and disc jockey famous for his love of novelty songs. His real name was Barry Hansen, but his career as Dr. Demento began in 1970 after he played the song “Transfusion” on the radio and was labeled as “demented” for giving the parody song airplay. 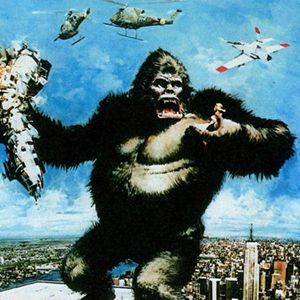 Pickett also co-wrote a couple lesser-known novelty songs, including the 1975 song “Star Drek,” which parodies everyone’s favorite TV sci-fi franchise and “King Kong (Your Song)" in 1976, which is a funky song that chants “King Kong, King Kong” in support of the misunderstood monster. 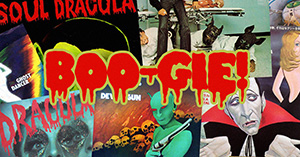 These songs put the "Boo!" in boogie. Read more.

Dario 9 months ago
Another interesting about the "Monster Mash:" the song was on all of the big music charts at the time of the Cuban Missile Crisis in late October 1962, which lasted several days as every trivia buff recalls.
Like Reply Delete

Dario Kiyone57 9 months ago
They're idiots at MeTV. 🙄😒
Like Reply Delete

HerbF 21 months ago
Fast #14 - Boris Karloff himself performed the song on an episode of SHINDIG in 1965!

DonHoot 46 months ago
What was I reading about?