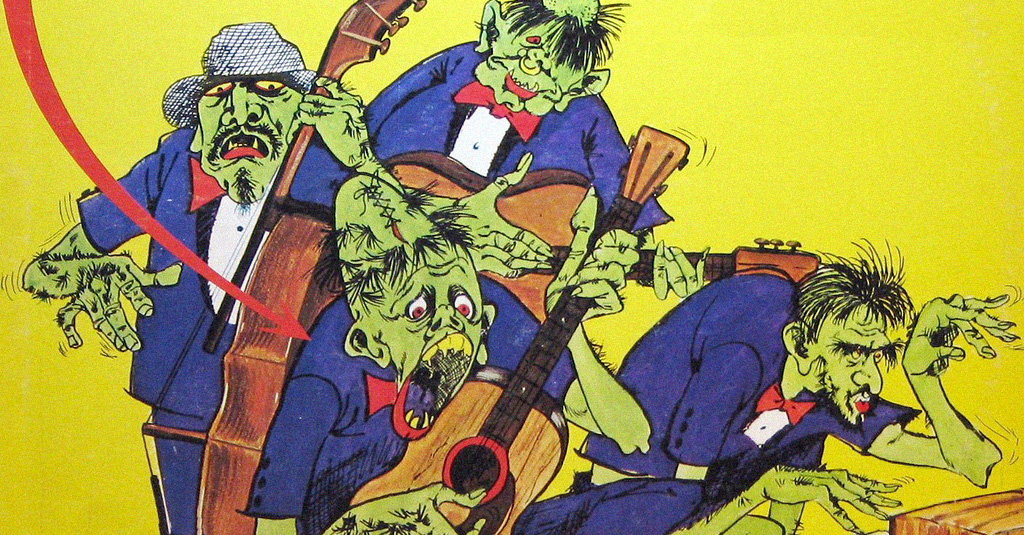 Halloween novelty songs were once so ubiquitous that they weren't really novelty — they were simply pop music. The high point was arguably 1958, a year steeped in horror. Movie marquees were lit with titles like The Fly, The Blob and It! The Terror Beyond Space. Four years earlier, the Comics Code Authority had been created to curb the bloody violence in comic books, though titles like House of Mystery and House of Secrets were still perhaps more popular than superheros. Alfred Hitchcock was spinning dark tales on black & white television.

Naturally, the world of music would follow suit. This love of B-movie monsters and graveyard rock carried through into the early '60s, as Americans tuned in to The Munsters and The Addams Family in their living rooms. In short, there was no better time to be a trick-or-treater.

Everyone knows "Monster Mash," the smash by Bobby "Boris" Pickett and the Crypt Kickers that continues to soundtrack costume parties to this day. We wanted to dig a little deeper into pop's grave for lesser-played Halloween jams. The following tunes range from lounge music and doo-wop to rockabilly and garage. Do you remember these playfully eerie singles? 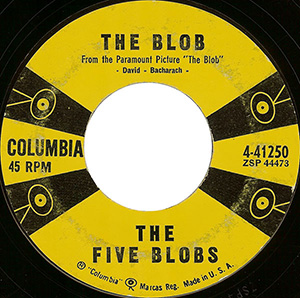 Believe it or not, the great Burt Bacharach co-wrote this theme from the hit horror flick, alongside Mack David, the brother of Hal. The Five Blobs were merely a studio creation, as Bernie Knee provided the singing.

2. Alfred Hitchcock with Jeff Alexander - "Music to be Murdered By" 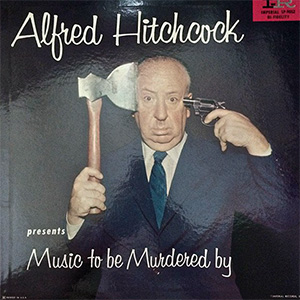 "The record is long playing, even though you may not be," Hitch intones in his memorable deadpan. What better way to kick off your retro party? 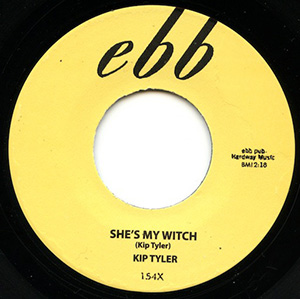 With its slinking surf riff, "She's My Witch" is a haunting rockabilly number that is perfect for any dive bar jukebox. 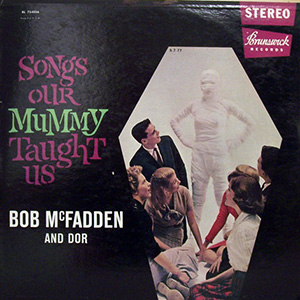 Cartoon voice actor McFadden is the man behind animated characters Milton the Monster, Cool McCool and Snarf from ThunderCats. Here, he slips into his best vampire impression for a jazzy lounge cut off his album Songs Our Mummy Taught Us.

SEE MORE: DO YOU REMEMBER THE CARTOON 'COOL MCCOOL'? 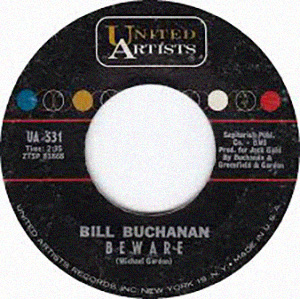 More silly Dracula voices! "Have you ever thought your boyfriend might be a teenage ghoul?" Buchanan asks. He later warns, "You better check your neck," which sounds like something the Wu-Tang Clan might say. 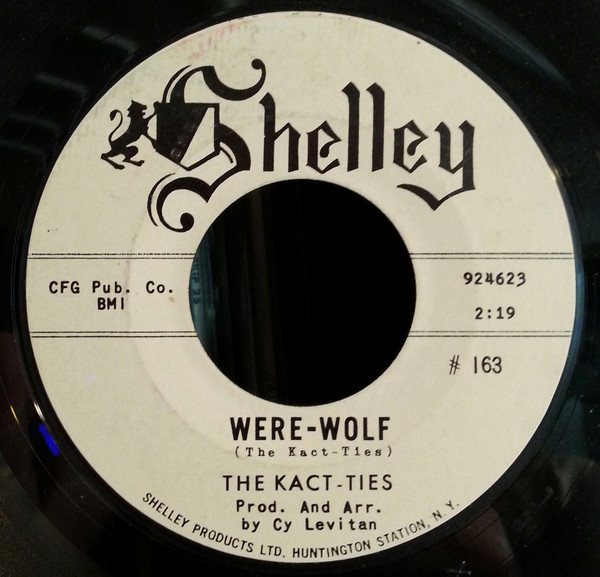 Werewolves were all the rage, teenage or not. This Brooklyn doo-wop act recorded just a handful of songs, including this amusing plea to not be eaten.

7. Frankie Stein and His Ghouls - "Knives and Lovers" 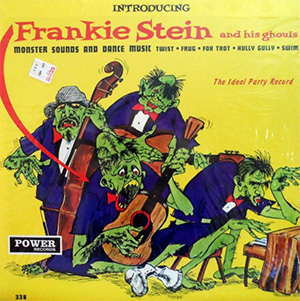 Technically, it's an instrumental, unless you count all the screaming. The song comes off a party album that served up different Halloween numbers for all the dance crazes of the day. The rather sinisterly titled "Knives and Lover" was built for doing "The Swim," according to the sleeve. 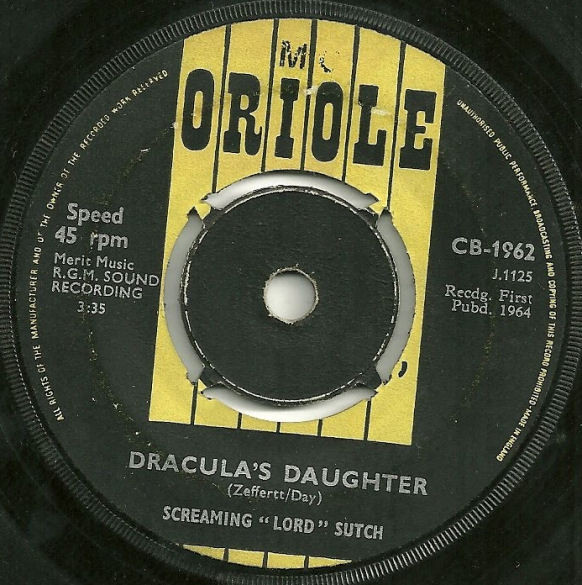 David Sutch was a true English eccentric, having run for parliament under his Official Monster Raving Loony Party banner. He also recorded cool music with British rock legends, including pioneering producer Joe Meek and guitarist Jeff Beck, who played on the B-side of this tune. 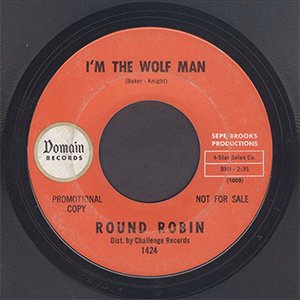 Baker Knight, who wrote "Lonesome Town," is the musician behind the moniker Round Robin. He rumbles through this scuzzy rocker with true Stonesian swagger. 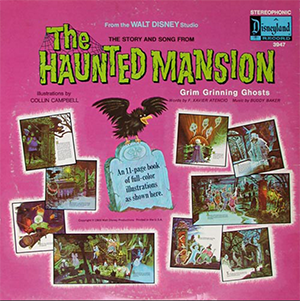 This tune should be quite familiar to regulars at Disneyland. It is the song played on the Haunted Mansion ride. 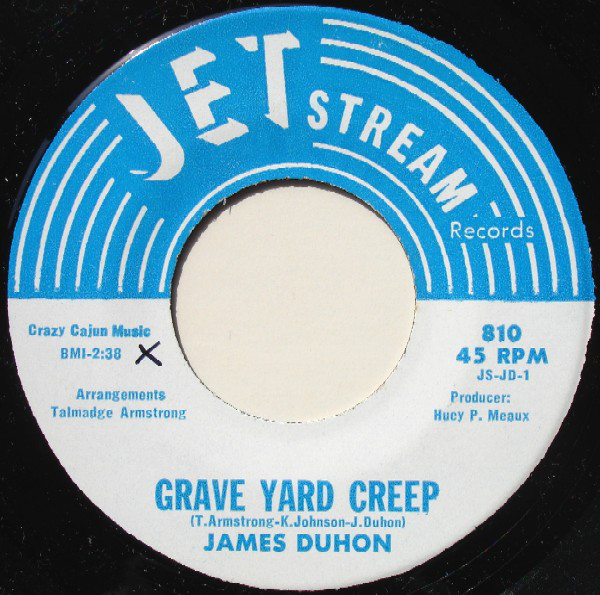 This funky obscurity came a couple decades later, but has a vintage sound right out of the crypt. Who knew that bongos and dusty soul could make for such a perfect Halloween song? 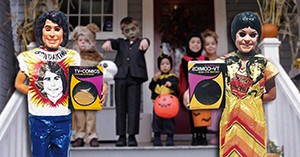 Wait, is that supposed to be John Travolta? Remember these plastic masks? READ MORE