Go back to the very beginning with Gorgeous George. 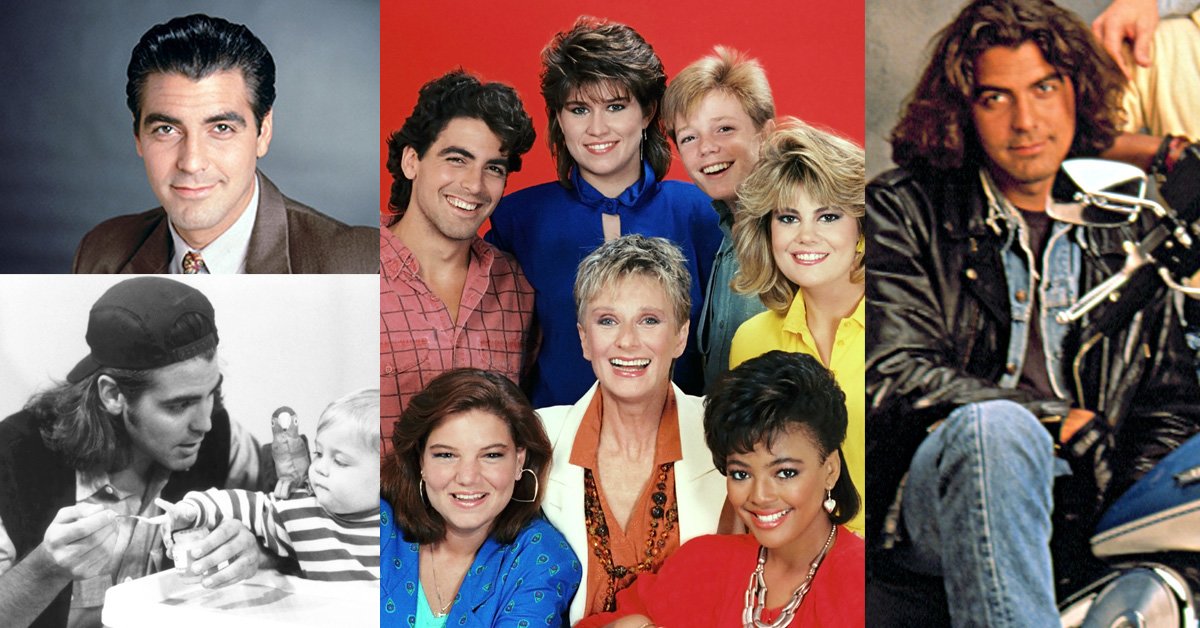 Two-time Oscar winner George Clooney brought his smiling eyes and chiseled good looks back to TV this year in the Hulu miniseries Catch-22. But before the leading man leapt to the big screen on the back of his starring role on ER, it was on a wide range of TV shows where fans could see early Clooney cutting his chops.

In a recent interview with The Hollywood Reporter, Clooney praised ER as a "life-changer" that overnight made the actor a celebrity and quickly cast him as People's Sexiest Man Alive. After that, he was a star so hot, he had his pick of any movie role, but in the interview, he also discussed his early career on TV, back in the 1980s and 1990s when Clooney wasn't a household name.

Showing modesty rare of a celebrity, Clooney confessed he wasn't as good in these TV roles as he later became, admitting that making it into movies was always his real goal. "Every actor wants to be a film actor," Clooney said. 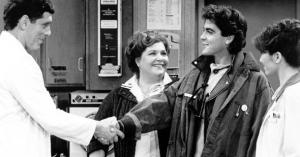 Most famous of Clooney's initial TV roles is his character on The Facts of Life, the handyman George Burnett who helpfully turns up when Edna's Edibles is under construction. Through the Eighties and Nineties, however, the eventual movie star would also get cast in a few failed sitcoms and detective shows, many of which his fans have likely long forgotten.

That's why today, we're looking back at Clooney's earliest TV roles to see how one of today's biggest names in Hollywood got his start, from cast roles on forgotten shows like Sunset Beat and Baby Talk, to guest spots on hit shows like Friends and The Golden Girls. Dig in to see where Gorgeous George came from! 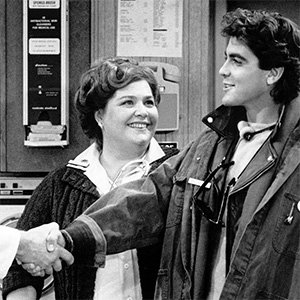 It's true, George Clooney's first recurring role was on a show called E/R. Just not the one that made him famous. This one was a sitcom and basically a spinoff of The Jeffersons, with George Jefferson even appearing in the premiere to help it take off. In it, Clooney plays an EMT who happens to be a ladies man. 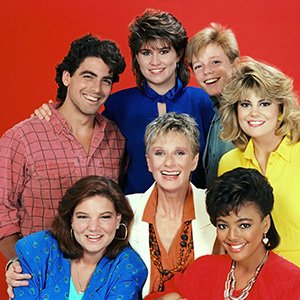 Clooney played a recurring character in the seventh and eighth seasons of The Facts of Life, the handyman George Burnett. Eventually, despite the striking similarities between his hairstyle and Jo's, George left the gang behind to become a roadie following a rockstar named Cinnamon (played by "Two of Hearts" singer Stacey Q!). 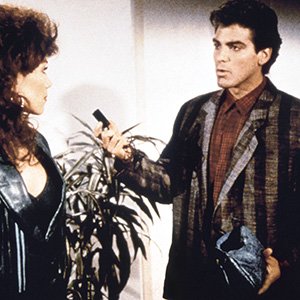 Clooney's famous grin did its thing in the renegade cop show Hunter for the episode "Double Exposure." It follows detective McCall to a modeling agency he thinks is super-shady, and through his investigation, he meets Clooney's playboy Matthew Winfield.

Described in the episode as the son of a wealthy movie studio head, spoiler alert, Clooney ends up being the bad guy and his ultimate rage scene could be the first time we see the actor all fired up in a dramatic role. 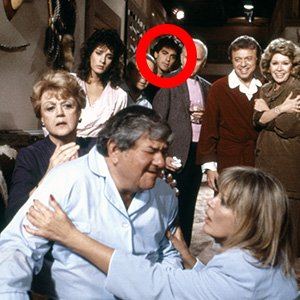 Angela Lansbury liked George Clooney so much, she invited him back after a bit part as a waiter in "Birds of a Feather." In "No Laughing Murder," Clooney took on a much bigger role, this time playing the son of a famous comic, engaged to his dad's comedic partner's daughter. Murder interrupts their engagement party, and since the sheriff's apparently sick, Jessica Fletcher steps in to help the fledgling deputy solve. 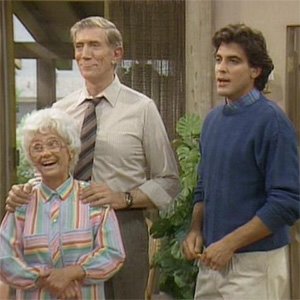 For the funny episode "To Catch a Neighbor," Dorothy, Rose, Blanche and Sophia welcome two police officers into their home to conduct a stakeout on their neighbors, suspected jewel thieves. Clooney plays one of the cops, with partner Joseph Campanella (Mannix). As you might suspect, it's not exactly an Ocean's 11 kinda sting... 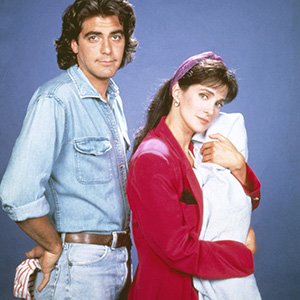 A sitcom loosely based on Look Who's Talking, Baby Talk brought Clooney on during its first season as a construction worker helping to build the loft where the show's family lives. That family is comprised of a single mom named Maggie and her baby boy Mickey, played by twins and voiced by Tony Danza. 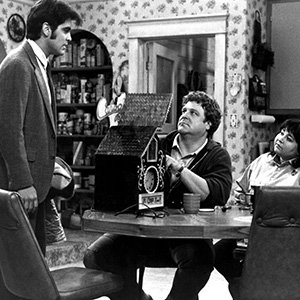 When Roseanne premiered, Roseanne and Jackie worked at Wellman Plastics, where George Clooney played laid-back foreman Booker Brooks. Even though Clooney was so likeable he wound up with a mini romantic plot with Jackie, the character only lasted the first season.

It wasn't that they rejected Clooney, either. It was actually that his visibility on Roseanne helped kick the actor more parts to choose from. That's why the only other time Booker appeared on the sitcom was for a Halloween episode in the fourth season, despite being invited back as a continuing character. 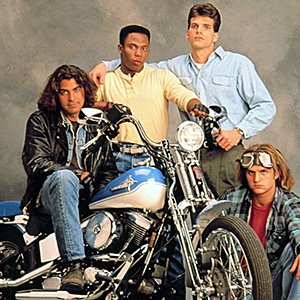 With a character named Cinnamon, Sunset Beat almost lets you imagine it's where George Clooney's character from The Facts of Life ended up. Either way, the offbeat police series about undercover cops posing as bikers to stop crime on the streets didn't lead the actor to the rock & roll lifestyle he craved.

The show only lasted two episodes, but it did also cast Clooney as a rockstar by night, so perhaps its biggest problem was it had too much going on for audiences to keep track. At least it gave Clooney a chance to cruise around lookin' cool on a Harley! 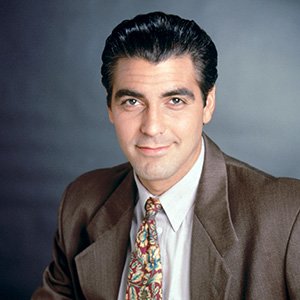 Now this is the George Clooney we're used to seeing. Bodies of Evidence is another failed series that tried to convince us Clooney was a cop. His shtick on the show, which would be his last cast before ER, was that he was too emotional. So even though it didn't last beyond two seasons, it was definitely a lot of decent drama to prep him for ER. 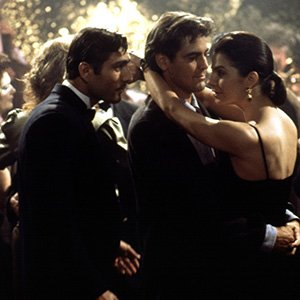 Finally, Sisters came along to cast Clooney as a dreamboat in 1993. The Golden Globe-winning series followed four very different sisters who make their home in Winnetka, Illinois (practically neighbors with Roseanne!). One of those sisters was Teddy Reed, and part of her arc sees her fall in love with Clooney's character detective James Falconer. By series end, they're married.

The actress who played Teddy, Sela Ward later laughed to Entertainment Weekly about how Clooney's career eventually overshadowed hers: "Yes, he was my husband for a year. None of us wanted him to leave! I remember after I won an Emmy, he said to me, ‘I’m just riding on your coattails.’ And now here he is…. I saw him at an Academy Awards party and wanted to say to him: okay, do I get to ride your coattails now?” 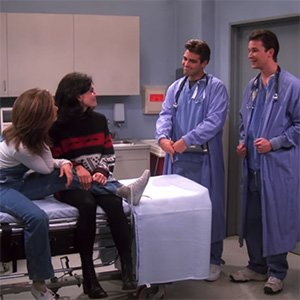 The premise of the Friends episode "The One with Two Parts" is that Rachel needs to use Monica's health insurance when she hurts her ankle. This puts the pair of pals in a hospital room where in walks two doctors, both actors from ER, Clooney, of course, and Noah Wyle.

Clooney's character is Dr. Michael Mitchell, and as the episode goes on, Rachel invites both handsome doctors back to the purple apartment, with Wyle as Monica's date and Clooney as hers. By this point, ER had been on the air a year, but it would be a couple years before People's Sexiest Man Alive distinction would give Rachel some competition swooning over the TV doctor. 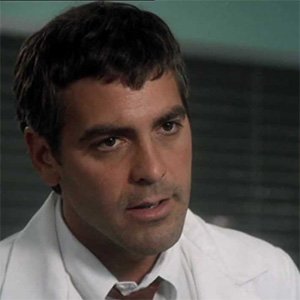 This brings us up to Clooney's most famous TV role in the 1990s. As ER's Doug Ross, Clooney was nominated for multiple Golden Globe awards, but his complicated backstory and eventual romantic entanglement with Julianna Margulies ensured he won something much more important: audience hearts.

In his interview with The Hollywood Reporter, Clooney summed up how his whirlwind career impacted him: "To go from that where it was just starting out and just trying to get acting jobs, and just trying to work in anything, and broke—we couldn’t have been more broke for four or five years. To go from that to standing on the stage at the Oscars, that’s a very significant thing." 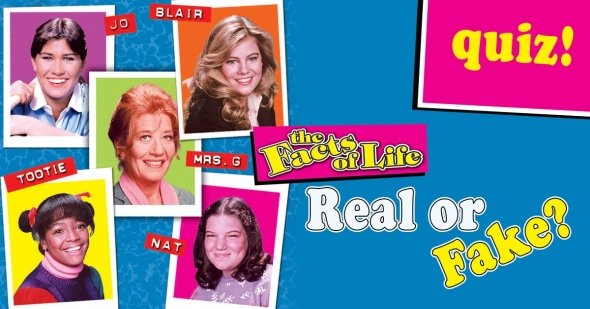 quiz
Did these things happen on The Facts of Life or did we just make them up? 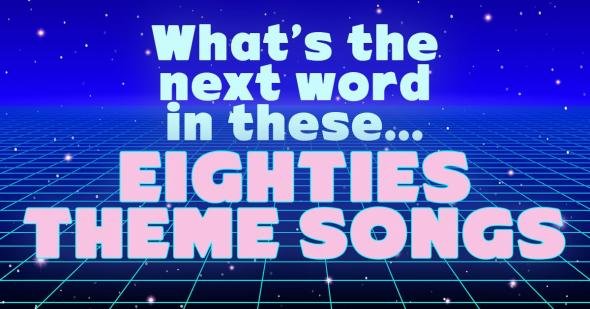 quiz1980stheme songs
Can you guess the next word in these 1980s theme songs? 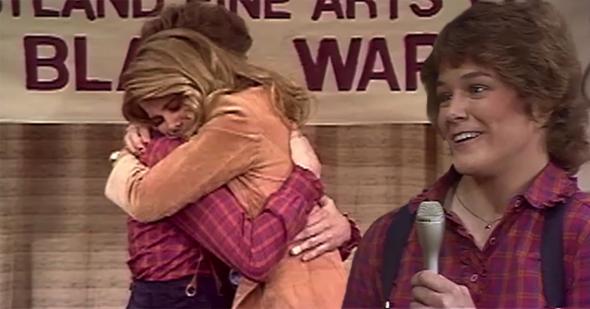 nostalgia
Geri Jewell told the sweetest story from behind the scenes of one of The Facts of Life's most popular episodes
Are you sure you want to delete this comment?
Close

brenanderson1973 2 months ago
I am in love with George Clooney.
Like Reply Delete

eddiec 19 months ago
Check him in out in 1985's Street Hawk https://youtu.be/ik7masPRFfg
Like Reply Delete

Jacqueline05478 43 months ago
One so many of the best moments on ER was when Carol and the twins moved to where Doug was and we got to see the reunion. ❤
Like Reply Delete

UTZAAKE 43 months ago
11. "God bless the chickpea."
Like Reply Delete