She's played ball, been to outer space and even met an alien. 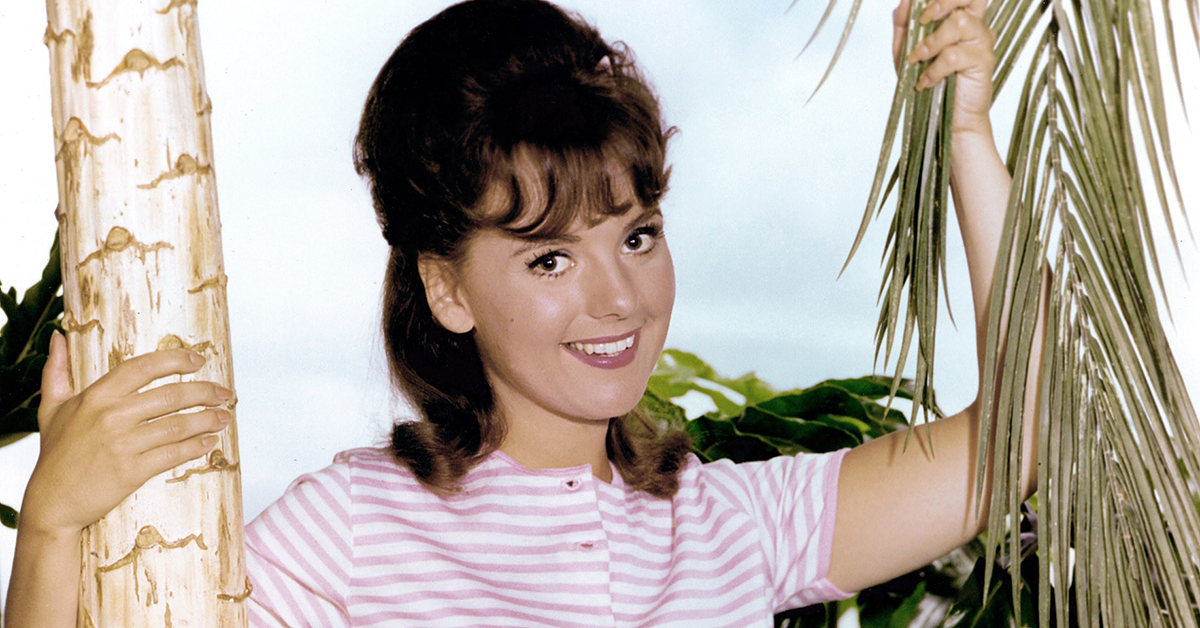 It's a question that always elicits a heated response, "Are you a Mary Ann or a Ginger?" Of course, the issue comes from Gilligan's Island and two of its most popular castaways, Mary Ann Summers and Ginger Grant.

While each character has a little something everyone likes about them, time and time again, people choose Mary Ann over Ginger. It's not hard to imagine why, either. Mary Ann, expertly portrayed by Dawn Wells, is warm, fun, caring and seems like she'd be a great friend to have.

We're looking back on all the times Mary Ann Summers has made appearances on television shows, specials and movies. It's a lot more than you would expect! 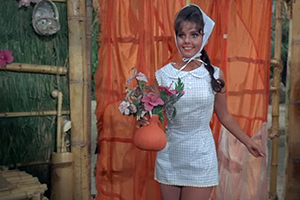 We were first introduced to Mary Ann Summers as one of the seven castaways on Gilligan's Island. Audiences fell in love with the farm girl from Kansas, and she eventually went from one of "the rest" to having her name featured in the opening credits. 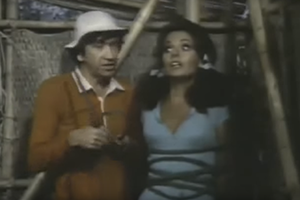 More than a decade after the original series wrapped, the seven castaways were finally rescued off the island with this TV movie. Mary Ann returns to normal life, but is saddened by how much her and her fianceé have changed and doesn't know if he's "the one" anymore. Luckily, Gilligan and the Skipper arrive to save her from making a huge mistake. 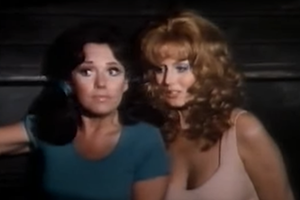 In the followup television movie, Mary Ann and the rest of the castaways are once again stuck on an island. But it's not the island we've come to know and love. This time around, the island is a luxury resort fully connected to civilization and run by the seven castaways.

4. The Harlem Globetrotters on Gilligan's Island (1981) 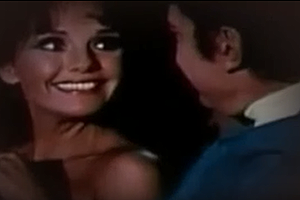 Mary Ann, basketball prodigy? That's what this TV movie is all about, with the Harlem Globetrotters crash-landing on the island. Eventually, the castaways recruit the basketball stars to play against a team of robots to save their resort from being sold. Hey, we never said Gilligan's Island was entirely believable. 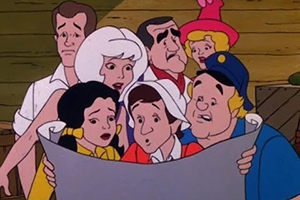 In the second animated spin-off of Gilligan's Island, Mary Ann and the other castaways finally get off the island thanks to a space ship built by the professor. But their luck runs out when the rocket crash lands on an unknown planet, meaning the seven castaways have to start from scratch. Fun fact: Dawn Wells also lent her voice to Ginger in this series. 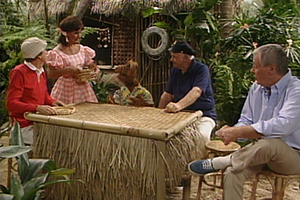 The TV movies and animated series didn't continue after the early 1980s, but that didn't stop Mary Ann from popping up from time to time. In the season two episode of ALF titled, "Somewhere Over the Rerun," the extraterrestrial becomes so obsessed with Gilligan's Island, he dreams he's hanging out with Mary Ann, Gilligan, the Professor and the Skipper on the island. 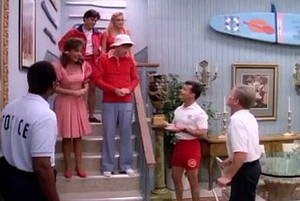 In the season two episode "Now Sit Right Back and You'll Hear a Tale," Mary Ann and Gilligan are rescued by the lifeguards. Things are going great until one of the lifeguards decides to take the two castaways around on a tour. As you might expect, they get caught up in a storm and wind up stranded on another island. Can Mary Ann ever catch a break?! 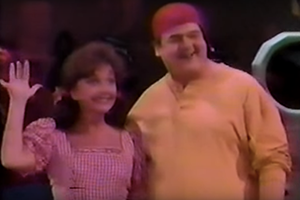 The experimental FOX series was all about, you guessed it, what went on inside the head of Herman Brooks. In one thought sequence, Herman remembers Mary Ann from Gilligan's Island and confesses he prefers her over Ginger. 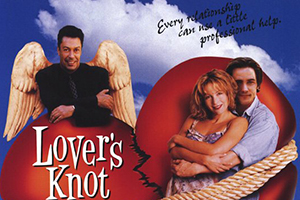 Mary Ann's cameo appearances weren't necessarily restricted to television. The 1995 film Lover's Knot, about one of cupid's caseworkers trying to get two people together, briefly featured Mary Ann along with William Shakespeare and Joyce Brothers! 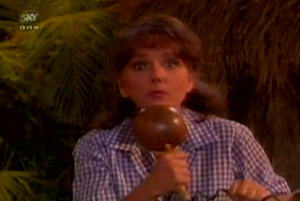 You're not alone if you don't remember this one. In the unaired episode titled, "Mommy 'n' Meego," Mary Ann, Gilligan and the Professor all briefly make appearances. This episode is notable because it would become Bob Denver and Russell Johnson's last acting credits. 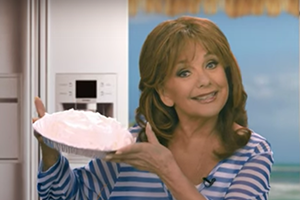 This year, we've been lucky enough to have Dawn Wells as a brand ambassador. Over the summer, that meant having a little fun with her. In this video, Mary Ann tells us how she really feels about coconuts. (Hint: it doesn't end well.)

Happy Birthday Dawn! We're so lucky to have you as a friend.