But seriously, what ever happened to Richie and Joanie's older brother? 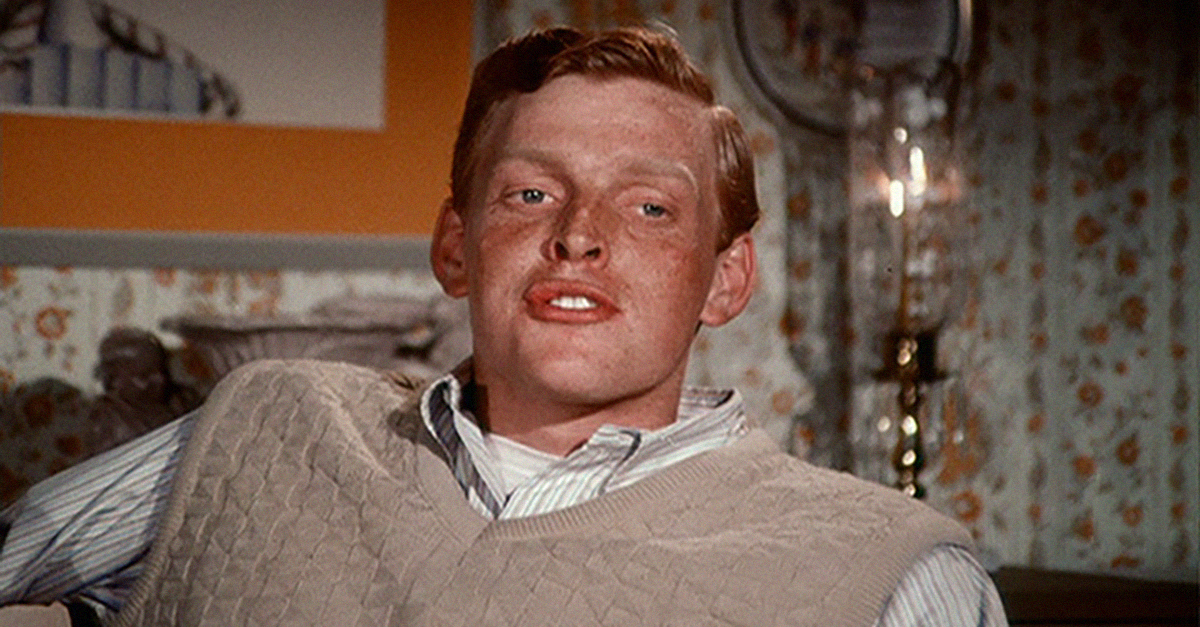 Sometimes certain characters resonate with audiences more than others. After all, the Fonz was only a minor character on Happy Days until the third season.

At other times, characters fail to connect. Producers then must decide what to do with them, whether it be a simple reduction of screen time, sending them away, killing them off… or something more creative.

Believe it or not, plenty of characters have disappeared without a trace, as well. They weren't killed off or sent away, they just sort of vanished into thin air.

Here are some of the most memorable instances. Did you miss any of these characters when they left? 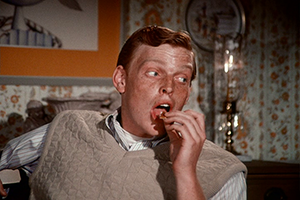 It all started with Chuck Cunningham on Happy Days. During the first two seasons, Chuck appeared sporadically as Richie and Joannie's older brother. But when the series changed direction after the second season, Chuck was never seen or heard from again. He didn't attend Richie's wedding. He didn't even attend Joannie's wedding. It's almost like he never existed. 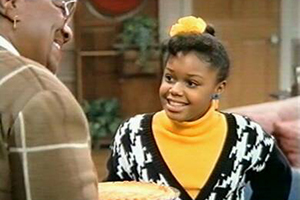 Blame it on Urkel. As the obnoxious character gained more popularity on Family Matters, producers got rid of the youngest member of the Winslow clan without explanation. Even though Judy rarely got the biggest laughs, her absence was enough to make audiences question why one of the main children disappeared. 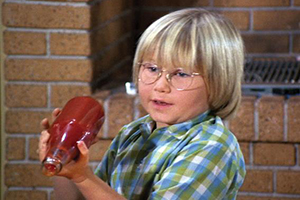 One moment he was there, the next moment he was gone. Perhaps no child actor has been more vilified for "ruining" a show quite like Cousin Oliver. Carol Brady's nephew only appeared in six episodes of The Brady Bunch's final season, but it was enough to make audiences upset. He never appeared in any of the reboots, leaving viewers wondering what happened to him after the original series. It's a wonder he doesn't get blamed for the demise of more shows… 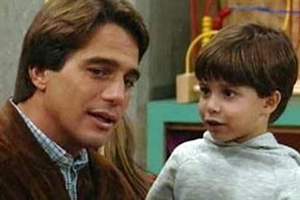 Billy carried the torch for young children introduced to boost the ratings of aging shows. During the seventh season of Who's the Boss?, Tony was tasked with taking care of the five-year-old child. He must not have done a good job, as the child was nowhere to be found during the eighth and final season.

SEE MORE: 12 AUTHORITATIVE FACTS ABOUT 'WHO'S THE BOSS?' 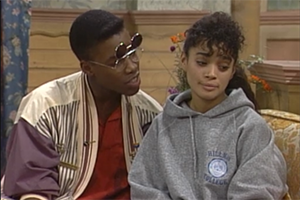 Denise Huxtable got her own spinoff when she went to college on A Different World. But when Lisa Bonet announced she was pregnant after the show's first season, her character dropped out and went back to live with her family. Denise did make an appearance during the show's third season, but her disappearance still rattled the show's core fans. 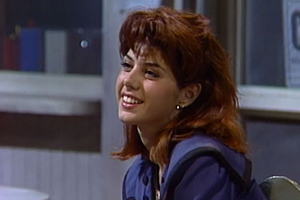 Perhaps Marisa Tomei was a casualty of Lisa Bonet's pregnancy? Her character, Maggie, was mysteriously taken off A Different World after the first season, the same time Denise mysteriously vanished. 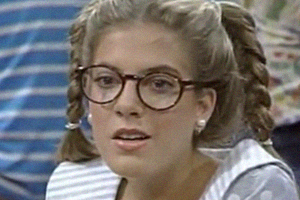 Okay, so you know Aaron Spelling's daughter would never be fired from a television show, but her character on Saved by the Bell did vanish under mysterious circumstances. Violet is briefly Screech's girlfriend for 10 episodes, until they break up without explanation. She must have transferred schools or something.

8. Bobby Martin, 'All My Children' 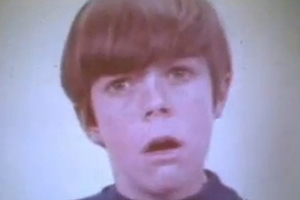 There's never been a death too dramatic for soap operas, but this disappearance might top them all. In 1970, Bobby Martin went up to the attic to grab a pair of skis and never came back down. His parents said nothing of the absence, even though his siblings still remained on the show. 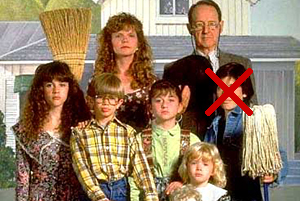 After the first season of The Torkelsons, the William Schallert series was rebranded and renamed Almost Home. One character that never made it home was Steven, who is nowhere to be found when the family relocates from Oklahoma to Seattle. 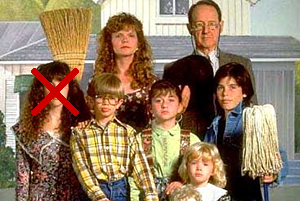 Oh yeah, did we forget to mention the mom also forgets to bring Ruth along to the Pacific Northwest? There was no explanation as to why three of the children remained while the other two were left behind, but the trick didn't sit well with audiences. The series was canceled after the second season.

SEE MORE: 9 ACTORS WHO DIED DURING THE PRODUCTION OF THEIR TELEVISION SHOWS 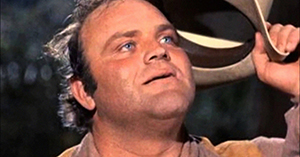 cmurf1960 13 months ago
I'm sure the primary reason for Chuck disappearing was that Fonzie pretty much took over the show. But I wonder if Gavan O'Herlihy's (the original Chuck) leaving after the first season also had something to do with this. He was replaced by Randolph Roberts, who did a few episodes in season 2, the last one being the Christmas episode in which the Cunninghams discover that Fonzie is spending the holiday alone and invite him to spend it at their house. I assume Chuck went back to college after Christmas break and that was that.

O'Herlihy at least looked like a member of the Cunningham family, with the red hair like Rickie and Marion, while Joanie had her dasd's dark hair. Roberts was cute, but didn't look like a member of that family. So maybe that made it easier for the show to just let him disappear.

And indeed, in the episode where Joanie and Chachi got married, Howard and Marian talk about how both their kids are married now. Chuck didn't come to that or Richie's wedding because by then, he no longer existed.
Like Reply Delete

OH CRAP...WE LOST *ANOTHER* ONE! WHY DOES THIS KEEP HAPPENING?!” 😱😂
Like Reply Delete

RedSamRackham 26 months ago
* Also Dobie Gillis' older brother Davy (portrayed by Dwayne Hickman's real life brother Darryl Hickman) disappeared after a few guest episodes never to be seen or mentioned again! In later episodes Dobie was referred to as an only child. ♣
Like Reply Delete

GloriaStevens 36 months ago
Ok, you said it all started with Chuck. But how did it start with Chuck, which happened in 1974, when Bobby Martin famously went up to the attic and disappeared in 1970?? Also, your article says 11 characters, but you only have 10 listed. Sloppy.
Like Reply Delete

rycki1138 51 months ago
In the last one that's Dorothy Jane you have X'd out not Ruth Ann. Ruth Ann is in the middle in green. Dorothy Jane was still on the show after it changed names. She was the main character. On #8 Bobby Martin went upstairs to get the skis and never came down, but a few years later one of the other character went up to the attic and found a skeleton up there wearing a snow hat that said "Bobby" on it.
Like Reply Delete