Did you dress up as the Fonz, Vinnie Barbarino or Shirley Feeney? 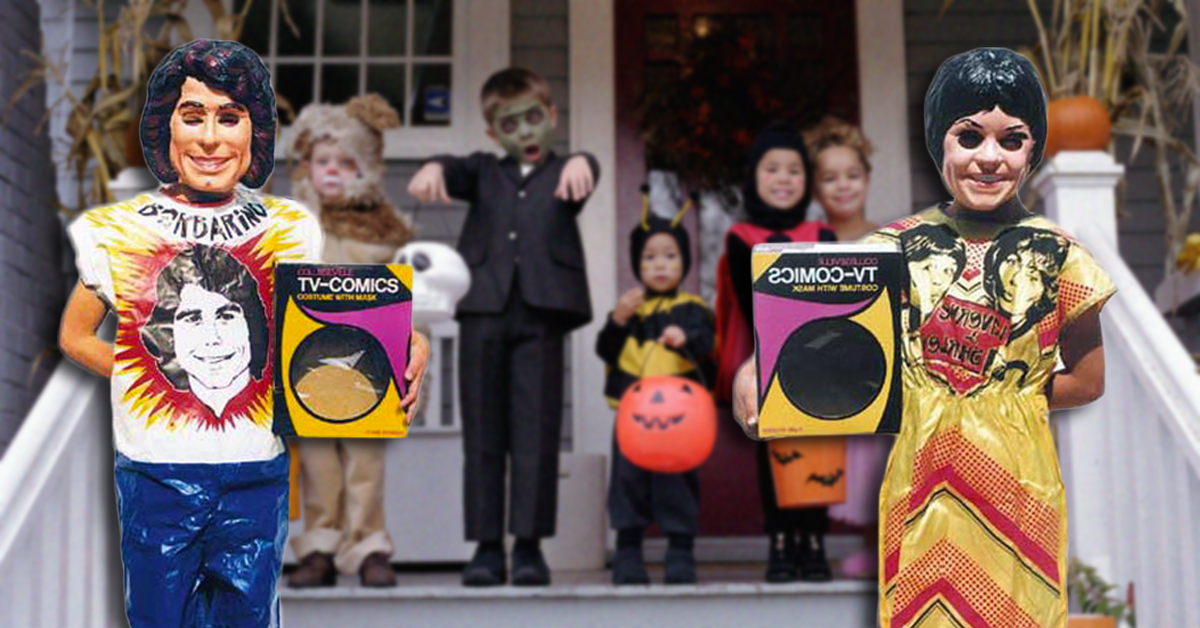 Something happened to Halloween costumes in the 1960s and 1970s. All of the sudden, you didn't have to dress up as something scary to go trick-or-treating. Instead of becoming a witch, goblin or ghoul for the holiday, you could be your favorite TV character.

Primarily, it was three major companies — Ben Cooper, Collegeville and Halco — that began licensing characters and turning them into cheap, plastic Halloween costumes. That meant you could become the Fonz without putting in a lot of effort. All you had to do was go to local store, buy the costume in a box, and you were set to collect and consume 100 pounds of candy.

There were so many nostalgic costumes to choose from when making this list, we decided to stick with the disco decade first. Did you have any of these forgotten gems? 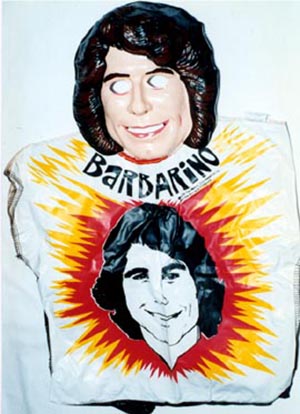 The Vinnie Barbarino costume from Welcome Back, Kotter was a hot commodity in the 1970s. Guys wanted to be him, girls wanted to be with him. Moms would be sure to give you more candy as well. 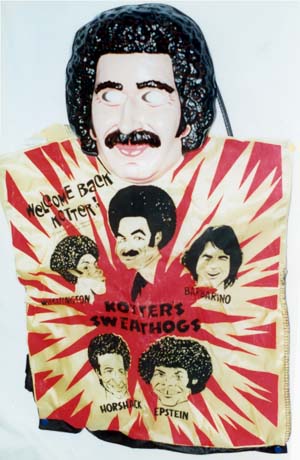 Maybe Vinnie Barbarino wasn't your speed growing up. If that was the case, you could still show your love for the show by dressing up as Mr. Kotter. Hey, what kid doesn't want to be a teacher? You'd have to make sure the Sweathogs were on their best behavior if you wore this costume. 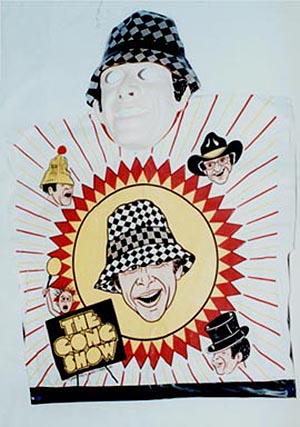 The Gong Show could be wildly inappropriate at times, especially for the 1970s. Therefore, it's surprising kids had the options to dress up as host Chuck Barris for Halloween. Now we're wondering whether there were Phyllis Diller and Jaye P. Morgan costumes as well.

SEE MORE: 11 THINGS YOU NEVER KNEW ABOUT 'THE GONG SHOW' 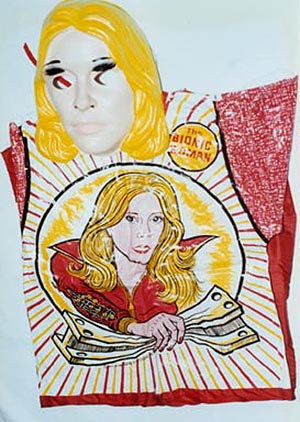 It may have been a short-lived series, but that didn't stop little girls from wanting to dress up as Jaime Sommers from The Bionic Woman. In case parents couldn't tell what the costume was from the mask, Lindsay Wagner was printed on the shirt clenching a steel I-beam. 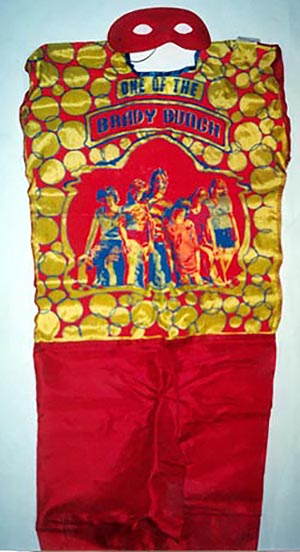 This costume is a doozy. It's also a pretty lazy one if you ask us. Let's start with how it says "one of the Brady Bunch" instead of identifying which character it is. In fact, we're not entirely sure that's the actual cast of The Brady Bunch on the costume either! And what's with the red mask? 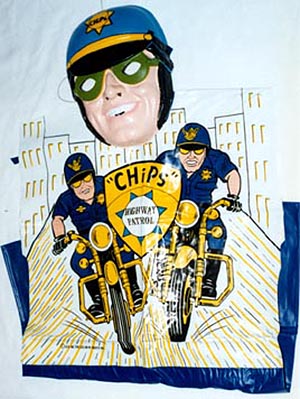 Couldn't decide between Ponch or Jon from CHiPs? With this costume, that decision was no big deal! You could dress up as a generic patrolman rather than a specific character. 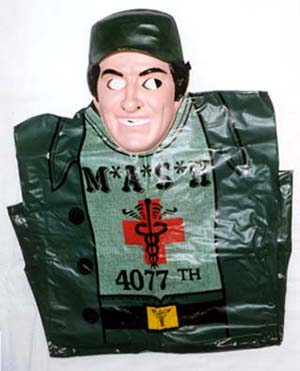 Similar to the CHiPs costume, if you couldn't decided which character to be from the hit show M*A*S*H, you could opt to represent the show rather than the specific likeness of Klinger, Trapper John or Hawkeye Pierce. 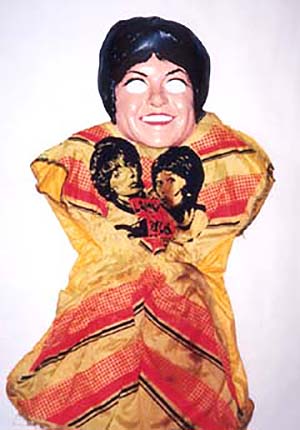 Let's be honest, Laverne was arguably the bigger star of Laverne & Shirley. After all, Penny Marshall's brother created the television series. But that didn't stop Ben Cooper from coming up with this groovy costume of Shirley. 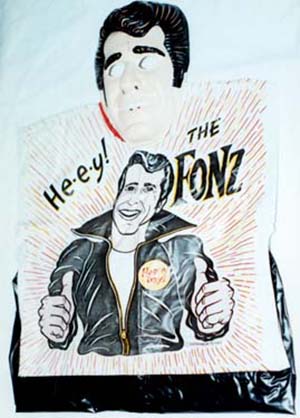 Ayyyy! The most popular character of the 1970s from Happy Days made for an ideal Halloween costume. 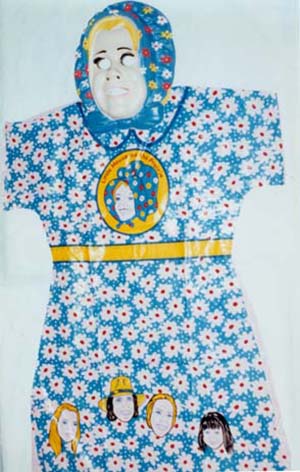 A costume that wasn't so obvious was Laura Ingalls from Little House on the Prairie. The plastic mask had a bonnet on it, but what really made the costume special was the plastic floral dress. 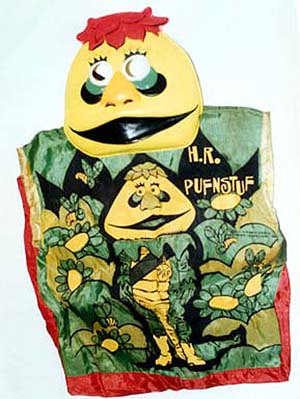 The mayor of Living Island was the perfect choice for those wanted a more psychedelic costume to impress their friends. You could only be a certain age to pull of this costume. If you didn't dress up as H.R. Pufnstuf, you were probably going out as the Fonz. 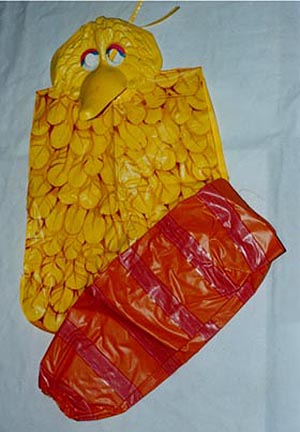 Another costume for the little ones was Big Bird from Sesame Street, which included a plastic mask, plastic shirt with feathers printed on it and leg warmers, which were — you guessed it — made of plastic. 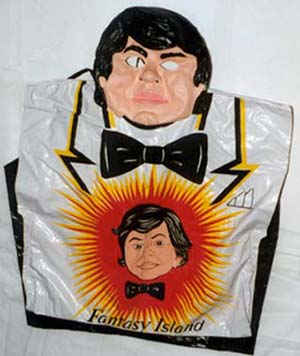 If you wore this costume from Fantasy Island, you were probably required to yell "Ze plane! Ze plane!" at least 100 times on while trick-or-treating.