11 enchanting TV witches who cast a spell on us

Hop on your broomstick and join us as we look back at some of television's most magical sorceresses. 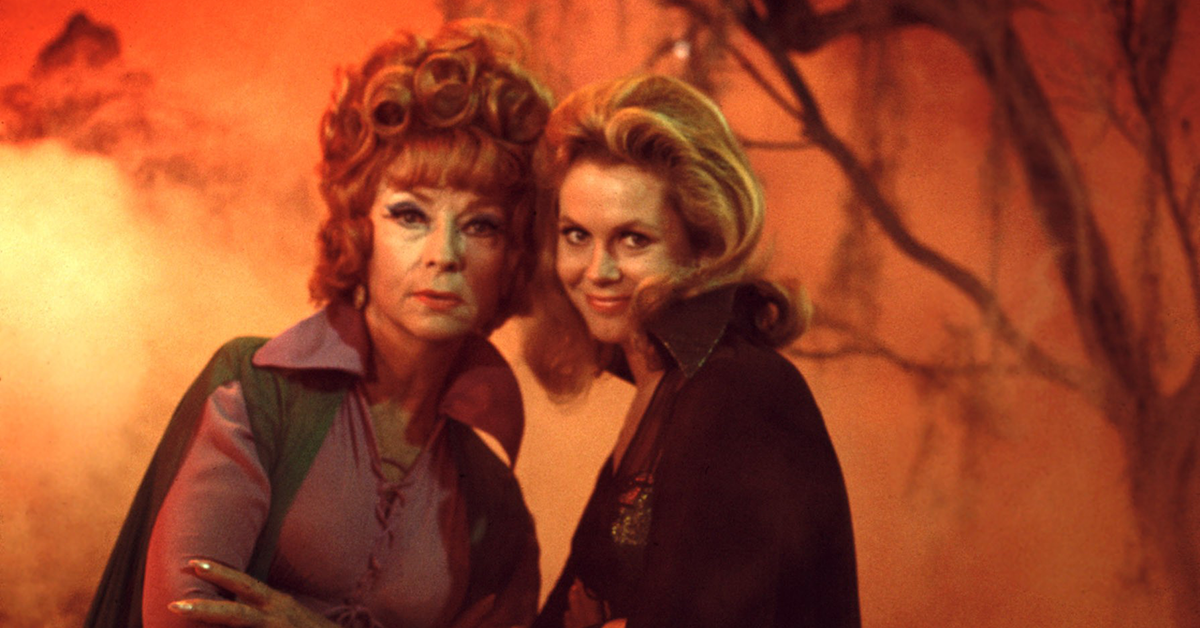 Autumn is finally here, which conjures up images of fallen leaves, the smell of apple cider and a sudden longing for all things spooky! Halloween makes us think of witches, one of our favorite subjects. Witches are fascinating, as they can be creepy and kooky, smart and sopisticated, or even groovy and stylish.

Let's take a look back at some of our favorite TV witches through the years, from the sweet Samantha Stephens to the eerie Witch Hazel, from soap operas to '90s teen shows.

The very best witch of them all! Samantha Stephens should top any list like this. She's the quintessential TV witch: cute, funny, powerful and kind. Elizabeth Montgomery will always be Samantha to us, and for good reason. If only we could twitch our nose to speed up housecleaning or to get ready fast. Her longing for normalcy and devotion to her family was inspiring. She's the witch we all wanted to be growing up.

Yes, it's another Bewitched witch, but how could we not include Samantha's mother, Endora? She's another one of TV's most memorable spell-casters, but for reasons totally different than her daughter. She's dislikes mortals and despises normalcy, and doesn't care much for her son-in-law, Darrin ("Dum-Dum"). She's more of a traditional witch than Samantha, and her costumes and makeup make her a fun counterpoint to the "normal" world around her.

Witch Hazel made her first apperance in the Bugs Bunny short Bewitched Bunny in 1954. She would go on to appear in many more Looney Tunes shorts over the years, usually as the nemesis of Bugs. She eventually appeared in other Warner Bros. series like Animaniacs and Tiny Toon Adventures.

We know she's Pugsley and Wednesday's grandmother, but her relation to the rest of the Addams clan is less clear… It's just part of her witchy charm! Grandmama, who first appeared in Charles Addams' New Yorker cartoons, is one of our favorite parts about The Addams Family television series. She was always doing something witchy – concocting potions, casting spells, telling fortunes. Equal parts creepy and kooky!

Based on the popular Archie Comics character, this original TV version of Sabrina aired from 1971 to 1974 on CBS. Dubbed "the grooviest teenage witch," Sabrina was was known for her fashion sense and dance moves. If only we could have been like her in high school!

The next television incarnation of Sabrina was this 1990s live-action sitcom sarring Melissa Joan Hart. Like the Archie Comics character, she lived with her aunts, Hilda and Zelda, and tried to get through high school life as normally as possible – with the addition of a talking cat and superpowers. Caroline Rhea and Beth Broderick filled out the cast, which also featured guest stars like Britney Spears and the band No Doubt.

This swamp witch is one of the memorable villains of Scooby Doo, Where Are You! The episode, "Which Witch is Which," starts out like most in the series: The Mystery Machine drives through a creepy back road and runs into a memorable stranger, in this case a zombie. They soon learn the zombie is a victim of a local witch who appears to have voodoo powers. Of course, like any good Scooby episode, she isn't actually a witch (she isn't actually a "she," either!) but that doesn't take away from how much she creeped us out!

Witchiepoo and her Vroom Broom are burned into our memory for life. She was the ultimate scary, mean witch, and as the main antagonist of H.R. Pufnstuf, she was always up to no good. What's worse? She was self-pitying. ("Why me?!") No one likes a whiner, Witchiepoo!

Charmed, which began in the late 1990s, was at first best-known for bringing two famous young actresses back into the television fold: Shannen Doherty of 90210 and Alyssa Milano of Who's the Boss? But it quickly became about so much more than that. It was a series about sisterhood, spells and "The Power of Three." The show became a cult classic. We still wish we could live in the old Halliwell house!

Tabitha was a part of Passions for almost 10 years, one of the main antagonists of the soap, from its first season to its last. The immortal witch was said to have survived many historical events — she was Cleopatra's handmaiden, and claimed to be responsible for Pompeii, the Great Chicago Fire and other disasters — though she was best known for wreaking havoc on the town of Harmony, along with her brought-to-life doll, Timmy. Tabitha Lenox was actually a reference to Bewitched — she would often reference her parents, Samantha and Darrin, and grandmother, Endora. (Samantha and Darrin's daughter in the 1960s series was, in fact, named Tabitha.)

Buffy's best friend, Willow, starts the series as a mere mortal, but after developing an interest in witchcraft, she soon becomes a very powerful witch. Her spells are usually to help out her demon-slaying pals, but she eventually develops an addiction to magic and for a time becomes one of the show's antagonists. Still, her magical journey is one of the best parts of this '90s series, where the supernatural is a metaphor for common life struggles like high school bullies and substance abuse.

idkwut2use 13 months ago
Especially love Endora, 90s Sabrina, Hazel, & Sam. And let’s not forget my favorite of all, Melisandre. ;)
Like Reply Delete

BRUCEOBRIEN 13 months ago
Lisa Hartman starred as a full-grown adult Tabitha Stephens in a short-lived series that was a sequel to Bewitched. https://en.wikipedia.org/wiki/Tabitha_(TV_series)
Like Reply Delete

ndebrabant 39 months ago
Loved Samantha Stephens and Endora of Bewitched.
Like Reply Delete