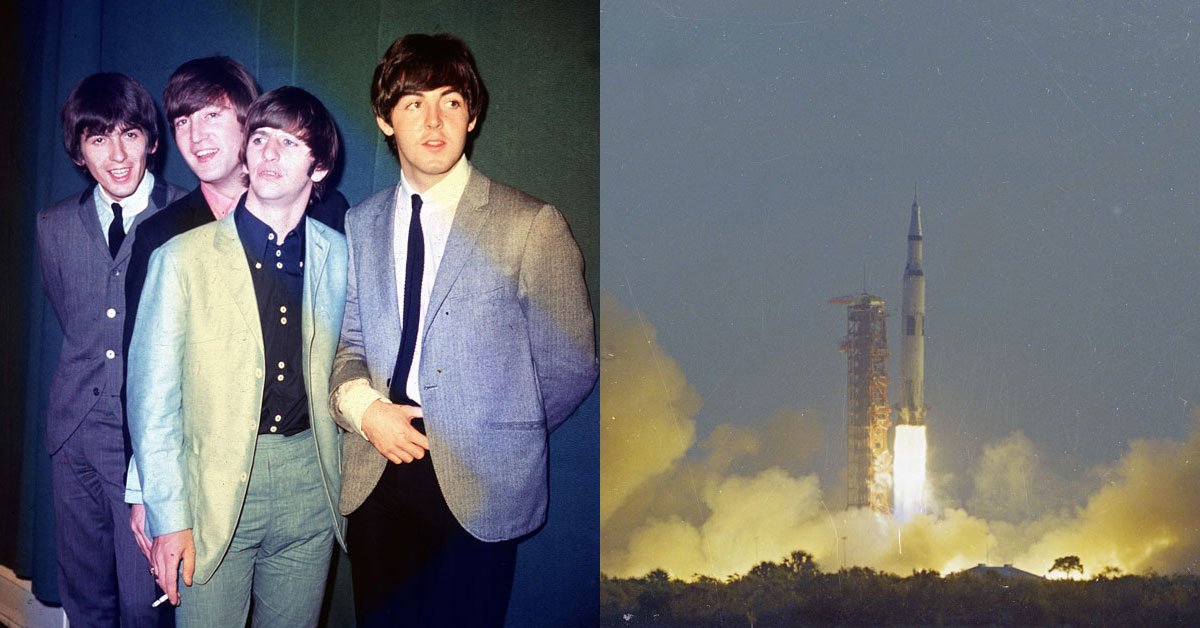 The classic Western Gunsmoke lasted so long that many things started… and ended during the show's original run! Children born during its early seasons were entering college before the finale. Four different Presidents could watch new episodes of Gunsmoke while in office.

Premiering in September 1955 and airing until March 1975, the series paralleled major changes, trends and crazes happening in America.

Here are six things — some famous and era-defining, others obscure and short lived — that all started and ended while Gunsmoke was airing on TV. 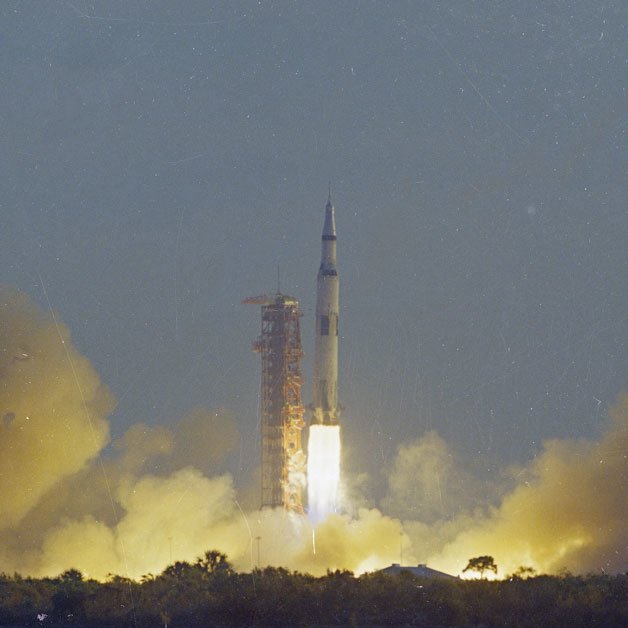 While there is no official starting point or finish line for this race, most people would agree that the cosmic competition between the United States and the Soviet Union fits snuggly between the years 1955 and 1975. NASA's Project Mercury (1958–63), Project Gemini (1961–66) and Apollo program (1968–72) all began and ended as Marshal Matt Dillon patroled Dodge City. The first humans to reach space and, ultimately, the first people to walk on the moon, all reached their milestones in this span. 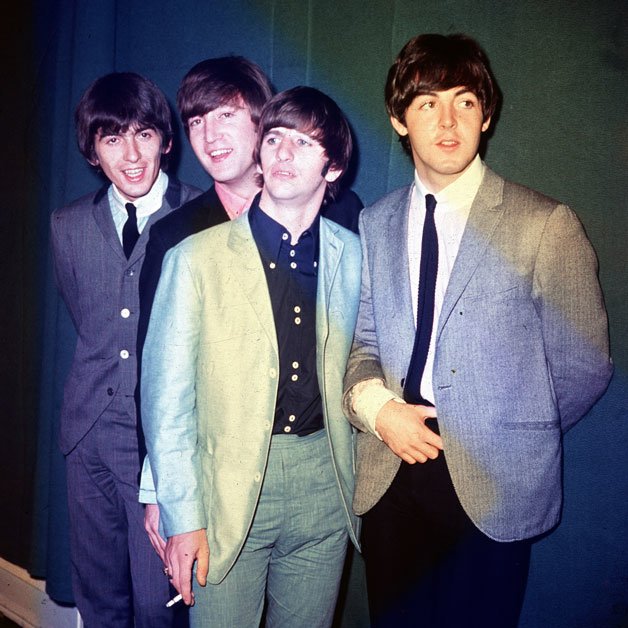 The most famous rock band in history, the Beatles lasted a surprisingly short time. Though some members began playing together in the late 1950s, the lineup we know today — Paul McCartney, John Lennon, George Harrison and Ringo Starr – did not officially come together until 1962. The next eight years saw the "Fab Four" dominate the charts and release some of the most popular albums ever recorded. The Beatles made their American television debut on Ed Sullivan as Gunsmoke was deep into its ninth season. But nothing lasts forever — the band broke up in 1970. The group's final studio album, Let It Be, hit shops shortly after Gunsmoke season 15. 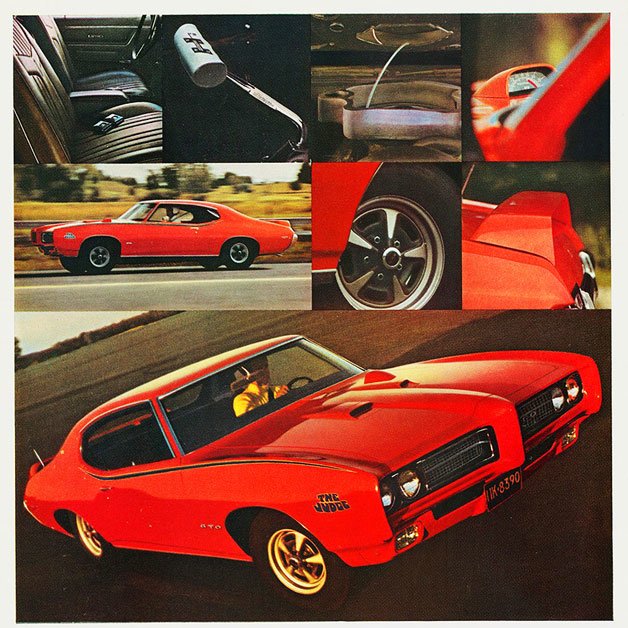 This iconic American muscle car is instantly recognizable because of its front "nose" and separate two-grill design. Pontiac produced the first GTO's in 1964 as an add-on package for the LeMans. John DeLorean — while still at General Motors before founding his namesake car company — chose the initials as a reference to the Ferrari 250 GTO (Gran Turismo Omologato) race car. The 1974 Pontiac GTO was the last new model year (not counting a brief come back in Australia from 2004-2006). A highly competitive muscle car market combined with rising gas prices contributed to the GTO's termination. 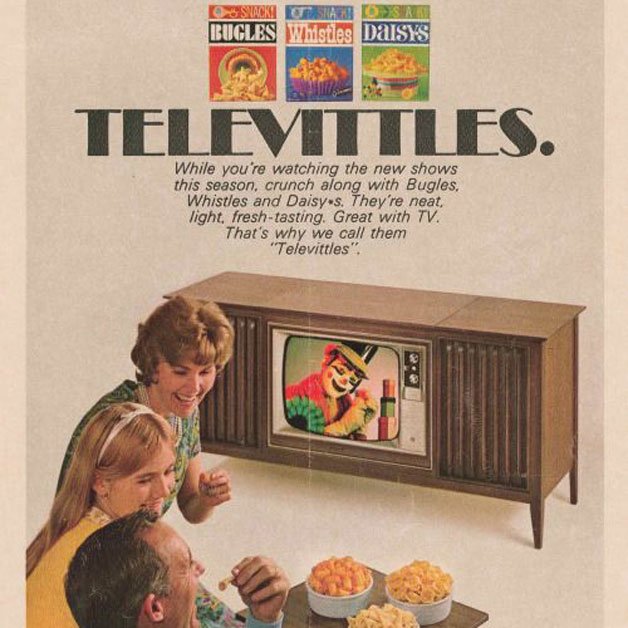 Two other short-lived American inventions created in 1964 were the snacks Daisy*s and Whistles. One was a puffed cheese snack shaped like a flower and the other was similar except formed into a hollow tube. Both only lasted for a few years — but a third shape in this snack trio, dubbed "televittles" by advertisements at the time, went on to become a favorite snack to this day. That snack is, of course, everyone's favorite cone-shaped chips: Bugles. 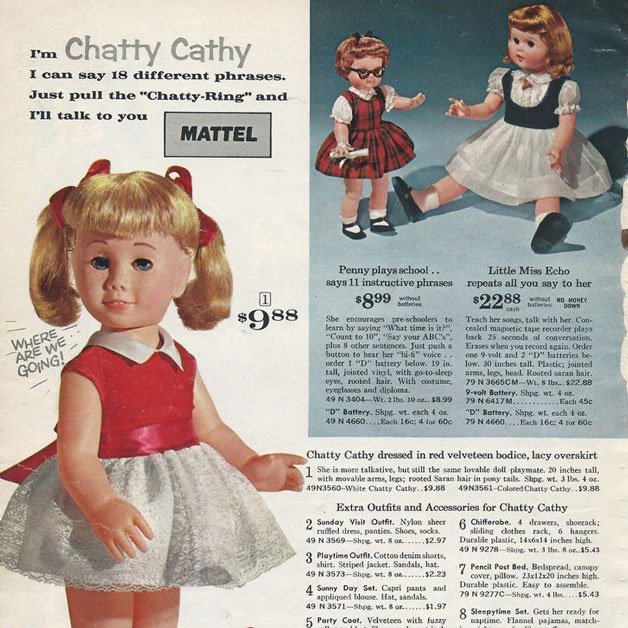 This talking doll gave Barbie a run for her money in the 1960s, becoming the second highest-selling doll of the decade. Pull the string from her back and Cathy would speak one of 11 phrases. "I love you" was one, of course. Even Marcia Brady was a fan! Though Cathy spawned numerous other "chatty" toys, the original Chatty Cathy dolls were only sold through 1965. 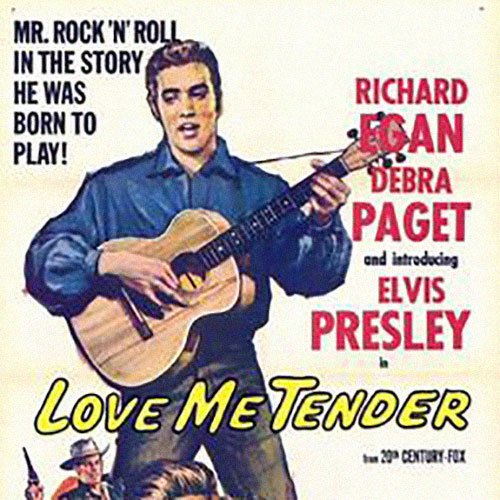 Rock 'n' roll was just getting started as Gunsmoke premiered. "Rock Around the Clock" was the biggest song in the country when "Matt Gets It," the first episode, aired. Elvis would blow up shortly thereafter. "The King" made his film debut in 1956 with Love Me Tender. He would go on to appear in 33 films in his career, his final movie being the documentary Elvis on Tour in 1972. 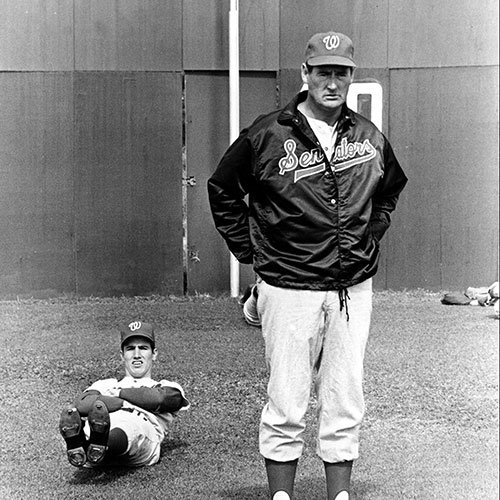 Major League Baseball awarded an expansion franchise to the nation's capital in 1961. (The original Senators had moved to Minnesota to become the Twins.) Mostly playing in what became known as RFK Stadium, the team was the definition of futility, losing loads of games, even with legend Ted Williams as manager (seen here). In 1971, the Senators relocated to Texas to become the Rangers.

8. Tanganyika and the Malagasy Republic 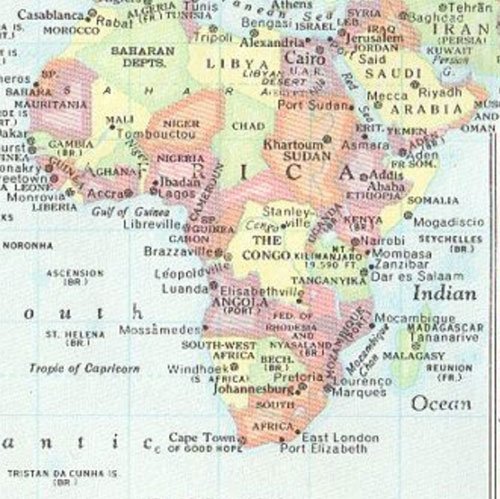 If you were taking Geography in the Sixties, you might remember that even countries came and went during Gunsmoke's run. The map of southeast Africa, in particular, went through changes. Tanganyika gained its independence from the United Kingdom in 1961. A few years later, it unified with Zanzibar to became Tanzania. Meanwhile, not far away, the Malagasy Republic gained its independence from France in 1958, lasting until a military coup in early 1975. Today, you know it as Madagascar. 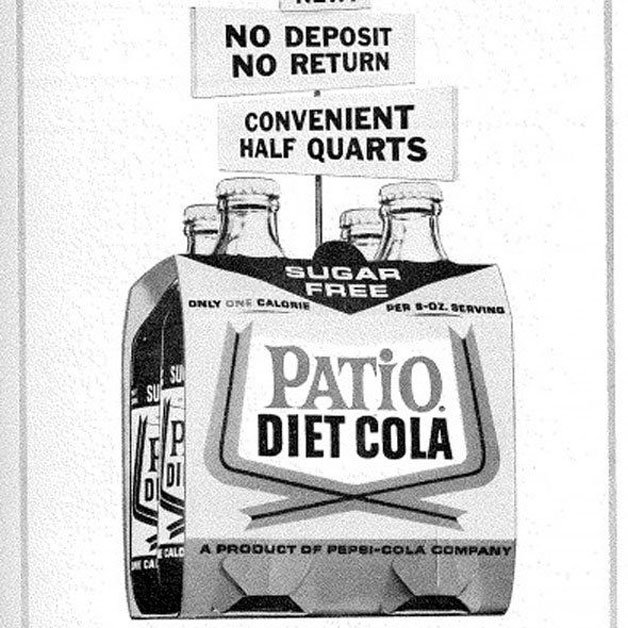 Pepsi's first foray into diet cola (or "diet cola flavored dietetic" as the can proclaimed) was brought back into the public consciousness thanks to Mad Men. After launching the cola in 1963, a fleet of new flavors including orange, grape and root beer hit shelves the following year. However, by the end of 1964, Patio Diet Cola would become good old Diet Pepsi. 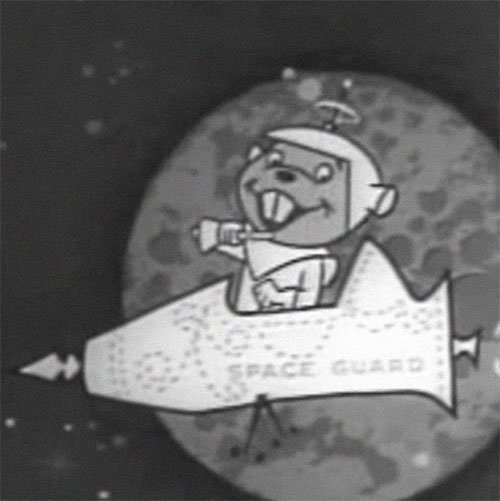 The Ipana toothpaste brand had been around for decades, but advertisers took the dental product to new heights in the late 1950s when they teamed with Disney. Disney Commercial Studio created the Bucky Beaver mascot — and Mousketeer Jimmy Dodd provided the voice. Bucky reminded Boomer kids to brush their teeth for years, but was gone from the ad airwaves before Gunsmoke wrapped.

Diz 16 months ago
Pacificsun properly mentioned snacks having imagination back then, and I often long for the days when car design had imagination, which pretty much also came and went during the Gunsmoke era. One of the great things about watching some of the old shows (Perry Mason is a prime example) is looking at the cool cars. Most of the ones made now are just cookie-cutter bland pieces of nothing.
Like Reply Delete

Wiseguy 16 months ago
#3: The plural of GTO is GTOs. GTO's is a possessive as later used correctly in #3.
Like Reply Delete

OldTVfanatic 16 months ago
Just think: Gunsmoke started on TV at the beginning of rock & roll and ended at the start of the disco era.
Like Reply Delete

As I mentioned in two other postings, I remember my dad (may he rest in peace) was ultra-ticked when he heard earlier in 1975 "Gunsmoke" was being canceled.

ASperos 16 months ago
I had a Chatty Cathy Doll!!! Loved her!!!
Like Reply Delete

Moody 16 months ago
#7 - The Washington Senators did actually have one winning season in 1969 with Ted Williams as manager. As the article says they moved after the 1971 season to Texas. And, as befitting their woeful tenure in Washington, they forfeited their final game in DC against the Yankees when the fans stormed the field for souvenirs before the final out. They were winning the game 7-5 at the time but had to forfeit because there were no security personnel to restore order.
Like (3) Reply Delete

stephaniestavropoulos Moody 16 months ago
Later on, the Senators split for {close to} South of the Border, down to Texas to become the Rangers. Montreal had then lost the Expos to DC which as most of us know, became the team we know today as the Nationals. The current World Series winners
Like (1) Reply Delete

Pacificsun 16 months ago
One thing about snacks of that era, they used imagination! Now a snack is just a snack!!
Like (2) Reply Delete

stephaniestavropoulos Pacificsun 16 months ago
That's true, nowadays a snack is just a snack. But remember: "A Manwich is a meal!" {Remember those commercials, Pacificsun?}
Like (2) Reply Delete

Pacificsun stephaniestavropoulos 16 months ago
I do! And it's a tasty product too!!
Like Reply Delete

Pacificsun harlow1313 16 months ago
Yes, they were a fun product!
Like Reply Delete

stephaniestavropoulos Pacificsun 16 months ago
So was fiddle faddle.
Like (1) Reply Delete

cperrynaples 16 months ago
Bonus Question:What was the longest running prime-time series to begin and end during Gunsmoke's run? 2 hints: [1]It also runs on MeTV! [2]It's in the same format as Gunsmoke!
Like Reply Delete

Moody cperrynaples 16 months ago
If same format means genre then I would say Bonanza.
Like (1) Reply Delete

stephaniestavropoulos cperrynaples 16 months ago
What were the 3 longest running prime time comedy series to begin and end their runs during Gunsmoke's run? Part 2: From what year to what year did these shows air? Part 3: Which networks did these shows air? Part 4: Did any of these 3 shows air opposite Gunsmoke?
{There are probably other show choices that fit my question, but I'm hoping someone will catch on to which ones I'm "hinting" at!}
Like Reply Delete

cperrynaples stephaniestavropoulos 16 months ago
All 3 were on CBS [Never Against Gunsmoke!] and are on MeTV! My 3 Sons, The Beverly Hillbillies, and The Andy Griffith Show! The longest comedy to run against Gunsmoke was Laugh-In! I'll always remember Arte Johnson [RIP] hiding in the bushes saying "Good Night, Marshal Dillion & Miss Kitty!"
Like (2) Reply Delete

cperrynaples BrittReid 16 months ago
Yes, and once he said Good Night to The Avengers and Peyton Place, the ABC competition!
Like (1) Reply Delete