Where To Watch Shop Store Contact
Home / Stories / 'Wonder Woman' was almost made into a sitcom in the 1960s
Did you know?

'Wonder Woman' was almost made into a sitcom in the 1960s

In this version, Diana Prince lives with her mother and poses in the mirror. 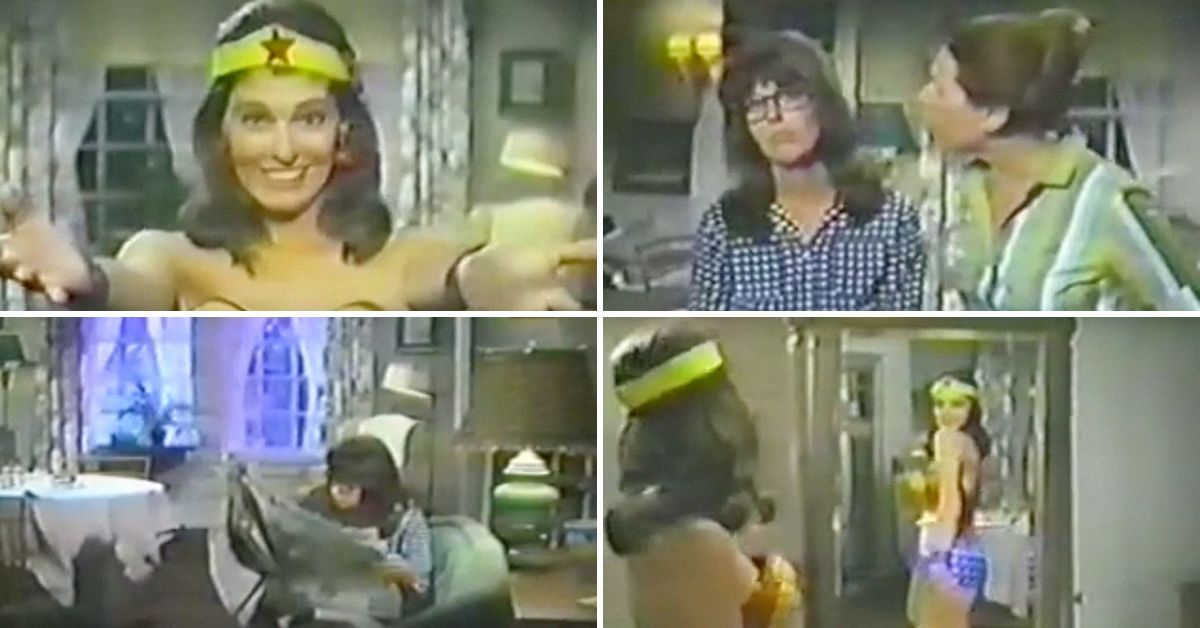 With the new Wonder Woman film dominating the box office and all the attention surrounding the superhero, people have become nostalgic for the 1970s television show starring Lynda Carter.

The 1970s brought a slew of strong, independent and tough women to the small screen, including Mary Richards on The Mary Tyler Moore Show, Rhoda Morgenstern on Rhoda and Maude Findlay on Maude. In this atmosphere, Carter's Wonder Woman was a perfect fit.

But what if we told you Wonder Woman almost came to the small screen in the 1960s, before any of those feminist icons?

The superhero almost flew onto primetime television in 1967, eight years before Carter's Wonder Woman premiered, and there's a pilot episode to prove it.

Wonder Woman: Who's Afraid of Diana Prince? was set up like a sitcom and featured Diana Prince (Ellie Wood Walker) living at home with her mother (Maudie Prickett).

The Wonder Woman we see here is nothing like Carter's version of the superhero — she's vapid, self-absorbed and klutzy. The episode opens with her falling off a couch trying to open a newspaper.

It only gets worse from there. The mother begs her daughter to eat something in order to stay strong, and then nags about how she's the only single woman her age.

Once Diana eats, it's off to save the world. Instead of the iconic Wonder Woman spin, we see Diana waltz through a revolving door and come out the other side as Wonder Woman.

There's just one more thing Wonder Woman has to do before she leaves — she has to pose in the mirror and make funny faces. What she sees is her idealized reflection, played by Linda Harrison, who is best known as Nova in Planet of the Apes. This lasts a full minute. Keep in mind the entire pilot episode is five minutes.

Thankfully, the pilot episode, created by Batman's William Dozier, was never picked up and created into a series. Camp may have worked for the Caped Crusader, but it feels off here.

However, thanks to the internet, this baffling pilot lives on YouTube. You can take a look below to see it for yourself.