Who are the tallest and shortest television stars?

Does the Fonz tower over Lucy? The heights of famous TV actors might surprise you. 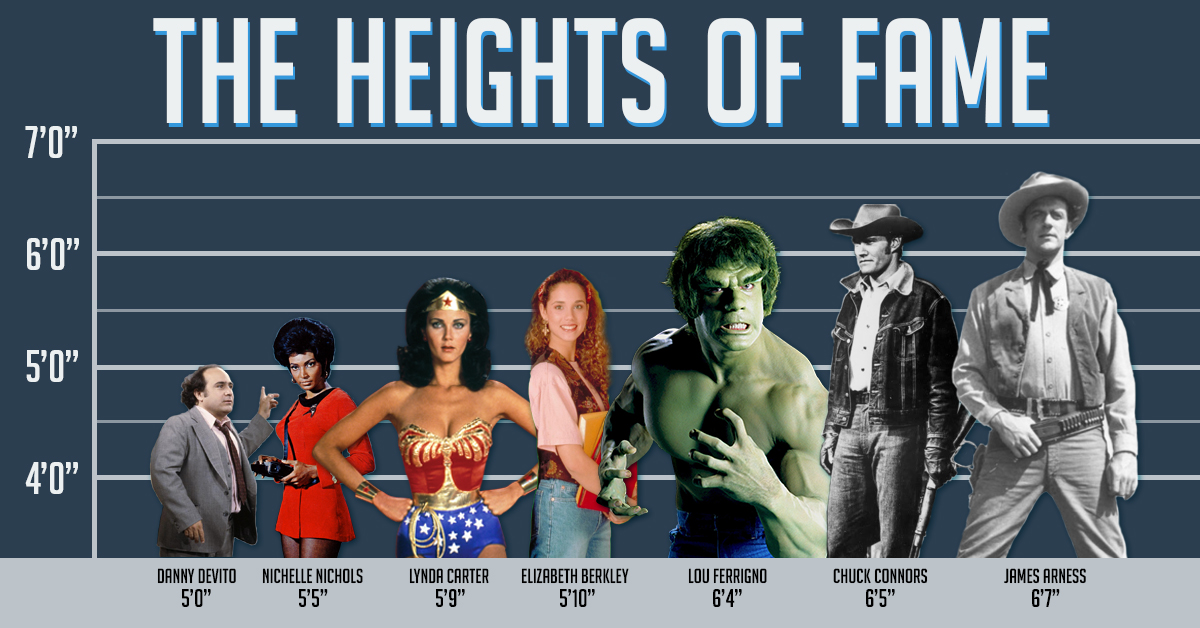 From Tattoo on Fantasy Island (Hervé Villechaize, 3' 10") to Moose Moran on Barbary Coast (Richard Kiel, 7' 2"), television characters come in all sizes. When you roll out the measuring tape, it's no wonder bad guys cowered in the shadow of the Rifleman, Hunter and Marshal Dillon.

We were curious to see some of our favorite TV actors lined up by height for comparison. As you scroll down, they grow taller. Here are notable actors at every inch from 5' to 6' 9".

5' 1" Sally Struthers, All in the Family

5' 10" Elizabeth Berkley, Saved by the Bell; Jackie Gleason, The Honeymooners

did you know?1950s
Miss Kitty and Marshal Dillon from Gunsmoke kissed on TV in the late ‘50s
Are you sure you want to delete this comment?
Close

Runeshaper 30 months ago
Always interesting to see how stars that never acted alongside each other would have stacked up. I feel as though some of their heights helped with playing certain characters, both taller & shorter.
Like Reply Delete