Where To Watch Shop Store Contact
Home / Stories / When Gilligan's Island ended, an exhausted Bob Denver got a boat of his own
Did you know?

When Gilligan's Island ended, an exhausted Bob Denver got a boat of his own

The actor had worked a three-year tour with just one day off. 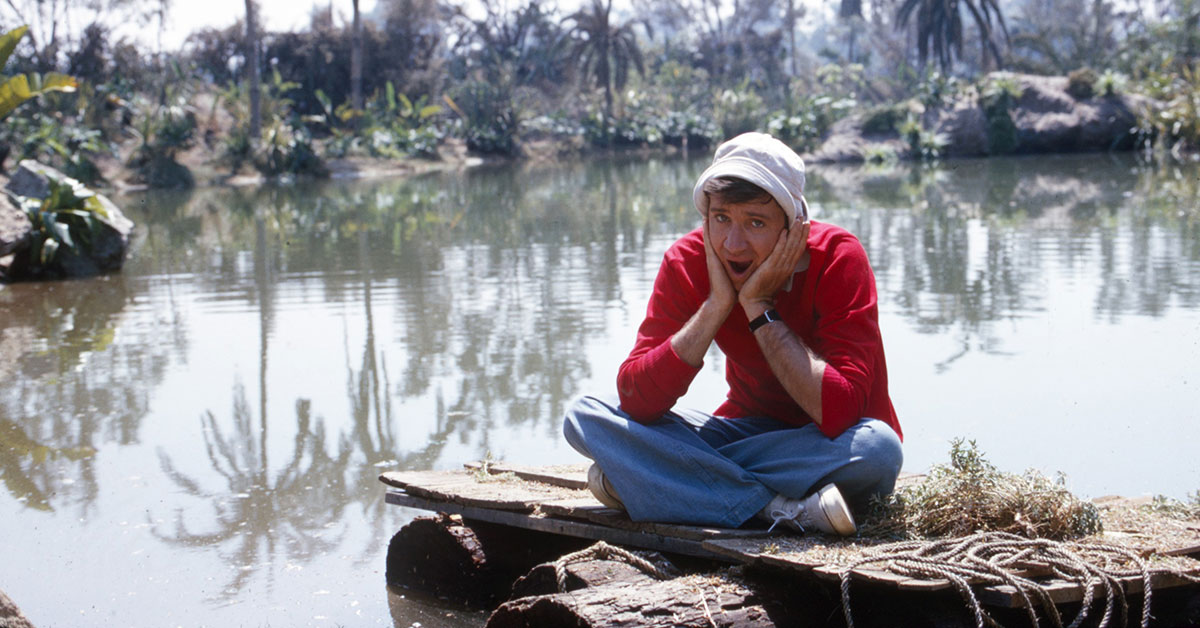 Gilligan may have been a lazybones, but the actor behind him, Bob Denver, was no stranger to work. In college, he studied pre-law. As he shifted career paths to become an aspiring actor, he paid his bills by working as an athletic director at a school in Pacific Palisades, California. He then began to coach football, basketball and baseball, while teaching history to seventh graders and math to fourth graders. For extra cash, he worked in a post office at night. The guy toiled.

In just his third ever professional acting gig, Denver landed a breakthrough role, as beatnik icon Maynard G. Krebs on The Many Loves of Dobie Gillis. He — and the media — credited his sudden fame to a legion of teenage fans.

"The kids dig Maynard and Gilligan," a 32-year-old Denver told the UPI in 1967. "The kids still think of me as one of them and I can't knock that." Unfortunately, at the time of that interview, Gilligan's Island had just been canceled. The show was bumped to make room for Gunsmoke.

Denver found some relief in his show getting the axe. "I've had only one day off in three years," he admitted to the reporter.

You'd think that three solid years of working on Gilligan's Island he would never want to see the water or a boat again. Instead, he found a lake retreat — and a sailboat.

Denver purchased a house on Lake Sherwood, over the mountains and north of Malibu.

"Right after I got the house, I discovered that I hadn't relaxed for an hour in the past seven years," he told The Wichita Beacon at the close of 1967. Denver relished the time to sit on the porch and "fall apart." He particularly enjoyed people watching.

"It's such a gas!" he explained. "Every morning the businessmen who live around the lake are out rowing themselves into shape. Then, after they go to work, the kids show up and play pirate in the marshes." His hideaway was a mere 30-minutes from the production studios, but a world away.

He may have tried to quietly vanish, but he found one way to flex his Hollywood muscle at the idyllic lake. Denver purchased a 14-foot sailboat with a cabin that could accommodate two sleepers. It was the only boat with a cabin on the lake.

The continuous work on Dobie Gillis and Gilligan shifted his outlook on his career. He had gone from making $250 on Dobie to the high six figures on Gilligan. It was time to take the pedal off the gas. Or, well, the wind out of the saild.

"When my next series starts, I'm going to make sure I'm not in every scene like I was with Gilligan," he sighed. 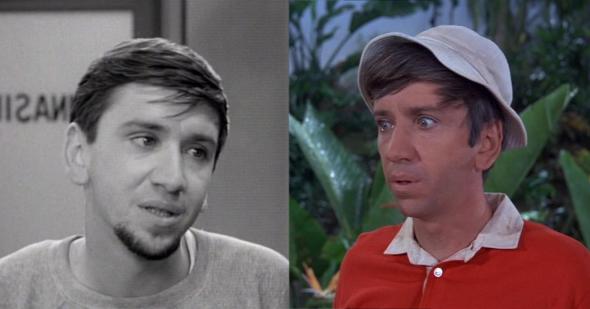 Did you know?
Rumors persisted for years that Bob Denver died in the Sixties, and no one knows why 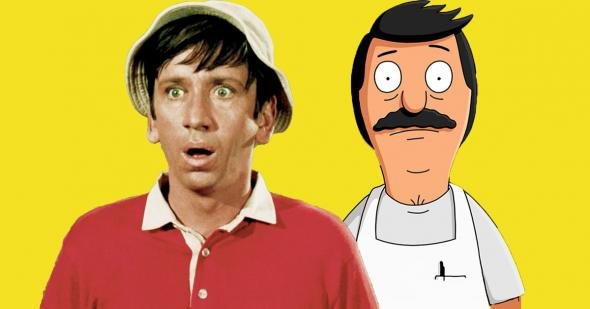 did you know?1960s
This popular show named its characters after Gilligan's Island stars!
Are you sure you want to delete this comment?
Close

JustSomeOldDude 19 months ago
Ironically... he ended up in every scene in "Far Out Space Nuts"
Like Reply Delete

jokerfan1 21 months ago
Bob Denver and Hoke Howell were
Both excellent playing Dud Wash.
It was very funny when Andy Taylor
Threw Dud Wash out of the courthouse and it was also very funny when Briscoe Darling threw
Dud Wash back inside the courthouse.
Alan Hale Jr was great playing Jeff
Pruitt on The Andy Griffith Show.
I read that Dawn Wells was married
For a short time and that later
Bob Denver got a divorce.
I wonder if Dawn Wells and
Bob Denver ever dated??
On Gilligan's Island Mary Ann and
Gilligan were a cute couple.

pidge 21 months ago
Had a little bungalow office on Radford Ave across the street from CBS Studios in Studio City. In addition GI, Wild Wild West was shot there.
Like Reply Delete

JHP 21 months ago
Bob Denver was BARNAY w/o the 'tude for sure. A enjoyable character / a watchable character (wish Andy would have borrowed the skippers cap:)
Like Reply Delete

jaelinsmith40652 21 months ago
I never thought that Bob Denver sure did created himself and purchased a boat after he have been taking a day off last 3. Years before the show went cancelled, still a good show for me to watch about Dawn Well’s Legacy of her being Mary Ann.
Like (1) Reply Delete

Andybandit 21 months ago
Good story. He was cute in his own zanny way. Nice that he got a boat, it is relaxing. Little Buddy.
Like (3) Reply Delete

SteveKurt Andybandit 21 months ago
What's a zanny?
Like Reply Delete

Cyn_Finnegan SteveKurt 19 months ago
I think they meant zany.
Like Reply Delete

Greg 21 months ago
I very much doubt if Denver saw a boat or water except the pond(lagoon) used for exterior shots. Most of the show was filmed on a sound stage at CBS
Like (3) Reply Delete

BillO Greg 21 months ago
Even the lagoon was built on a parking lot.
Like (2) Reply Delete

jvf 21 months ago
Most unfortunately for his career, he also did "Far Out Space Nuts", a 1975 Saturday show by Krofft and Doud.
Like (2) Reply Delete

Greg jvf 21 months ago
It's called getting a paycheck and keeping your face on TV. Actors that start getting picky risk never being seen again
Like (4) Reply Delete

and his love interest was Charlene - EEK!
Like Reply Delete

JHP 21 months ago
He was a terrible Dud Wash! That Southern accent was horrendous! Hoke Howell was the real deal.
Like (1) Reply Delete

cperrynaples 21 months ago
Unfortunally, that "next Series" was The Good Guys, where he was a cab driver who might as well been named Maynard Gilligan...LOL!
Like (6) Reply Delete
Load previous comments

cperrynaples stephaniestavr5 21 months ago
Sorry Stephanie, but I have to correct you on The Good Guys. It ran from 1968 to 1970 and even featured "Skipper" Alan Hale as a guest star!
Like (2) Reply Delete

GummedUpTheWorks cperrynaples 21 months ago
I still laugh a lot when Hale shows up on Batman as a hash slinger named “Gillian.”
Like (2) Reply Delete

Wiseguy stephaniestavr5 21 months ago
I was quoting what you wrote and you didn't have it capitalized. But I don't expect someone who can't use parentheses for parenthetical expressions (parenthesis--parenthetical, get the connection?) to understand. The braces { } you use are used for printing or mathematical purposes. And you don't put a comma inside the parenthetical expression as you do but after the closing parenthesis. Instead of complaining about being corrected, LEARN from your mistakes. Not likely, huh?

jokerfan1 stephaniestavr5 20 months ago
I enjoyed reading your letter but
How did your same letter get on
The MeTv Comment line twice?
Like Reply Delete