Where To Watch Shop Store Contact
Home / Stories / Were characters on 'The Andy Griffith Show' named after small towns in North Carolina?
Did you know?Mayberry

Were characters on 'The Andy Griffith Show' named after small towns in North Carolina? 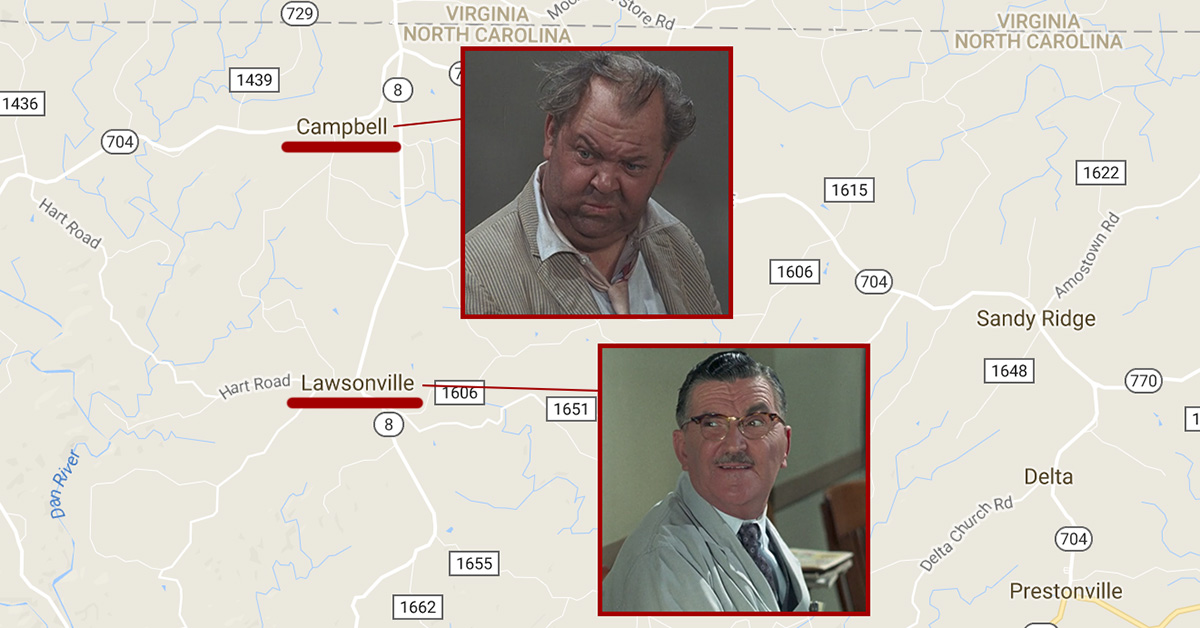 The small town of Mount Airy sits tucked away in the northwestern corner of North Carolina, just south of the Virginia line. The closest major city is Winston-Salem, about 40 miles down the road. Though the hilly little hamlet has a population of just around 10,000 folks, this dot on the map is known around the world. Thanks to television.

Most recognize Mount Airy as the hometown of Andy Griffith, and the inspiration behind the idyllic fictional burg of Mayberry. The Andy Griffith Show may have been shot on a Desilu studio lot in Southern California, but it felt like Everytown, U.S.A., with a quaint barber shop, a friendly general store, a fishin' hole and a steeple. When it came to populating this make-believe Mayberry, Griffith and writers came up with delightful characters, from the deputy to the town drunk. 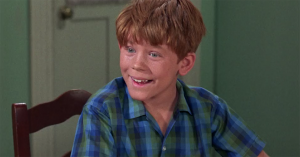 Those Tarheels who lived in area of Mount Airy probably recognized characters on the sitcom — and not just because they echoed locals. The names of several popular characters seemed ripped straight off a map of North Carolina.

There was Andy Taylor, of course, and his love interests, Helen Crump and Ellie Walker. Then you had Floyd Lawson, the barber. And don't forget Otis Campbell, that lovable sot.

Take a look at Mount Airy on a map. Poke around. Within an hour drive of the town you will find similar small North Carolina cities — Taylorsville, Crumpler, Walkertown, Lawsonville, Campbell.

Was Griffith paying homage to the region with his sitcom characters?

In the book The Andy Griffith Show, author Richard Michael Kelly writes, "More likely, when Andy was reaching back in his mind during the script sessions, these names, which he remembered from childhood, seemed appropriate for the characters rooted in the fictional history of a North Carolina town.

That begs the question: Is there a Barney, NC? Or an Opie, NC? Well, for what it's worth, there is a Fife Street in Thomasville, NC, and a Sprague Street Park just north in Winston-Salem. It could be a coincidence, or it could be Andy Griffith really knew his local geography and history.

NewsObituaries
R.I.P. Claudette Nevins, sitcom wife to Andy Griffith and Winchester on M*A*S*H
Are you sure you want to delete this comment?
Close

JamesCody 21 months ago
Also there is Pilot Mountain (Mount Pilot) just down the road from Mount Airy NC.