Where To Watch Shop Store Contact
Home / Stories / Watch: 'That Girl' gets a double dose of parental pressure in this Thanksgiving episode

Watch: 'That Girl' gets a double dose of parental pressure in this Thanksgiving episode 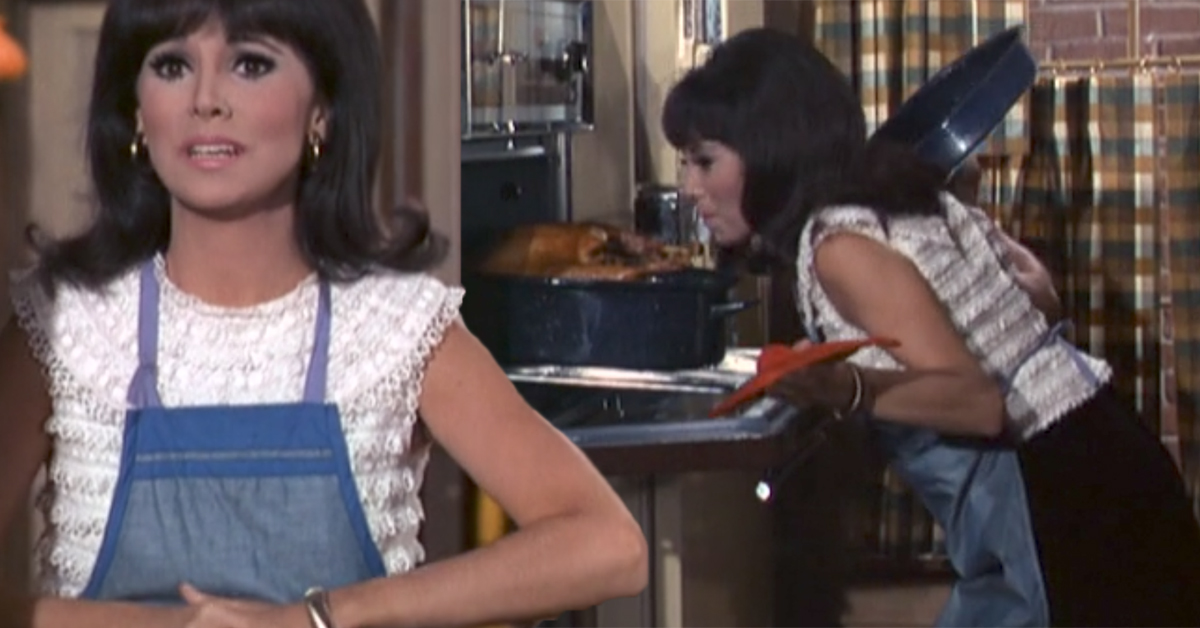 That Girl holds a special spot in TV history as one of the first shows to break away from the family sitcom mold and focus on the ups and downs of being a single woman. Premiering in 1966, the series notably did so before Mary Tyler Moore had a chance to try to make it on her own four years later. Yes, before Mary Richards, we met Ann Marie.

In the second season, That Girl invited TV viewers into Ann's home for a special Thanksgiving episode. The plot seeks to solve that ancient riddle for any couple: Whose parents should you spend the holidays with? Of course, Ann and boyfriend Donald Hollinger (Ted Bessell) decide the answer to that is both. So Ann invites both her parents and Donald's to cook her first Thanksgiving dinner for both families all on her own.

For anybody who's ever had to wrestle with recipes for holiday favorites, the episode draws out knowing laugh after knowing laugh as Ann tackles stuffing, sweet potato casselores and two entirely different birds. Focused so much on pleasing each set of parents, Ann faces disastrous consequences in the kitchen, including some uninvited guests who show up right when Donald does.

Want to get a head start on preparing for your holiday feast? Watch That Girl's "Thanksgiving Comes But Once a Year, Thankfully" online now below.

Ready to revisit more of That Girl? You can also watch all five seasons of That Girl online here.