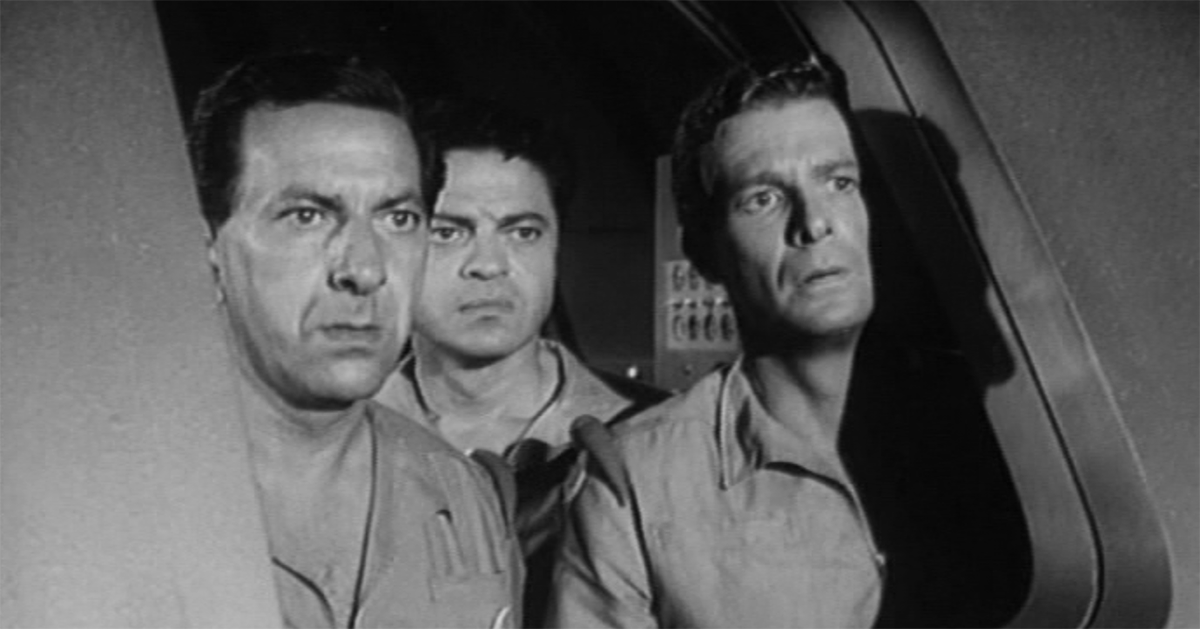 The Bill Murray movie Groundhog Day has a brilliant premise. A depressed Pittsburgh weatherman must live the same day (February 2, of course) over and over again until he can find happiness and escape the time loop to February 3. The film has become a modern classic, and pops up this time each year along with Punxsutawney Phil.

But as is often the case, if you have a clever idea for a science-fiction film, odds are The Twilight Zone did it first. More than half a century ago. It is no different with this déjà vu plot device.

The original Twilight Zone series twice explored this idea, with characters stuck in a time-loop purgatory — if not hell. Both stories have a darker bent, which goes beyond their black-and-white noir tones. In both cases, unlike Groundhog Day, the time loop is only revealed at the end, as a twist. This is The Twilight Zone, you know. 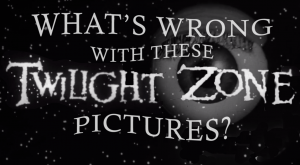 Creator Rod Serling first explored the idea early on, in his self-penned season-one tale "Judgement Night." Writer Richard Matheson crafted a similar story, albeit in outer space, in season four with "Death Ship." If you have never seen them before, and don't wish for them to be spoiled, stop reading now. Keep your eyes peeled for them on MeTV.

Otherwise, let's take a look at these eerie episodes.

In "Judgement Night," the setting is World War II, in the middle of the Atlantic on a dark, foggy night. A man named Carl Lanser finds himself on the deck of a British passenger ship, with no idea of how he got there. The fellow has German roots and seems to know a lot about submarines. The passengers and crew grow suspicious of this stranger without a passport, who suddenly warns them of an impending U-boat attack. He feels with certainty that they will all be killed at 1:15AM.

Sure enough, he is correct. And he suddenly finds himself back aboard that stalking Nazi U-boat. He is/was the commander of the sinister German submarine. Now he and his crew are forced to live the vile act over and over again as punishment — from the victims' perspective. "They could die only once. Just once," an underling says. "But… we could die a hundred million times."

Being one of the hour-long episodes of season four, "Death Ship" is not seen as often. (Because of its difference in length, season four is typically not included in standard syndication packages.) The story stars some fantastic familiar faces from television, namely Jack Klugman of The Odd Couple and Ross Martin of The Wild Wild West.

They are astronauts aboard a three-man spacecraft. Flying over an alien planet, they spot a glimmer on the surface. The trio lands on the planet and discovers the wreckage of a spacecraft identical to their own. You might be able to surmise the rest. Surprise! It is their ship, and they have crashed over and over again in a loop as Klugman looks for a way to avoid the fate.

There is a bit of a happy ending in this one, however. After all, it wasn't a German U-boat.

libtowngirl 39 months ago
Don't forget Shadow Play, Season 2 episode 26, where Dennis Weaver as a condemned man dreams of his pending execution night after night. His character, like Bill Murray's in Groundhog Day, knows everything that will happen each time.
Like Reply Delete