Watch 10 standout episodes that capture the brilliance of this sitcom. 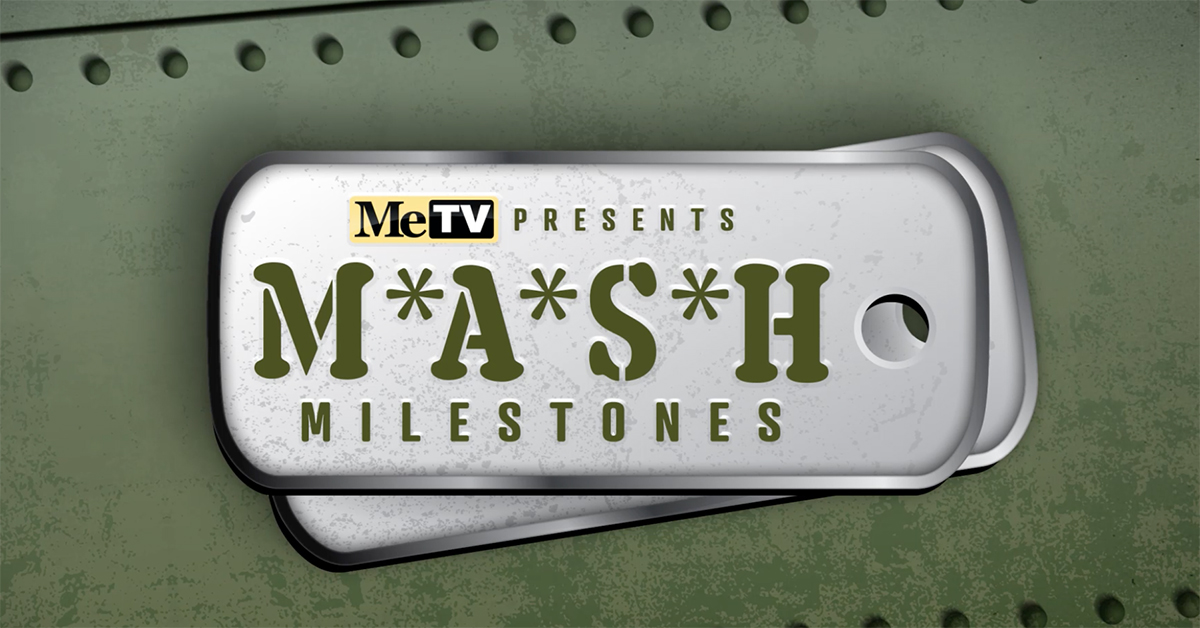 The numbers speak for themselves. Eleven seasons, 251 episodes. More than 125 million viewers who tuned in for the series finale. More than 100 Emmy nominations, with 14 wins.

M*A*S*H is inarguably one of the greatest sitcoms in history. All next week, July 24–28, we are celebrating this brilliant television series with "M*A*S*H Milestones," a collection of ten award-winning, critically acclaimed, fan-favorite episodes. These will air in M*A*S*H's regular time slots, at 7PM | 6C.

Here is a rundown of these sometimes hilarious, sometimes tear-jerking, something both-at-the-same-time episodes.

Aside from the finale, this stands as perhaps the most acclaimed and fondly remembered episode, as Hawkeye invents a fictitious officer Tuttle in order to help out a nun. Naturally, the plan begins to backfire as others in the 4077th claim to have met the made-up man.

This Emmy Award–winning episode from season three is set entirely in the operating tent. Note the lack of a laugh track — it was one of the earliest sitcoms to ditch the practice.

A paperwork error leads to Hawkeye being declared dead. Hey, good enough excuse for him relax.

Radar is shuttling Hawkeye, B.J., Potter and Burns in a bus back from a "medical conference." They get lost.

The wounded Captain Chandler believes he is Jesus Christ. Radar asks the poor guy to bless his beloved teddy bear.

After he is stranded due to a Jeep accident, Hawkeye joins a nearby Korean family. As they cannot speak English, Hawkeye does all the talking. In fact, he delivers a mesmerizing 20-minute monologue.

We get deep insight into the inner workings of Margaret Houlihan. She's far more than "Hot Lips" here, as she explains to her nurses when she treats them so.

Radar wants to become a man. Hawkeye suggests a transformative trip to Seoul. On his voyager, poor Radar is injured from a mine. This leads to some heated scenes.

Radar plays DJ during a crisis, spinning records as the other doctors operate.

This episode is presented in real time. Hawkeye has 24 minutes to find a replacement aorta from a gravely injured soldier. Tick, tick, tick…

If you have never seen M*A*S*H, this primer is a perfect introduction to the genius of the cast and writing. If you're wondering about classic episodes like "Abyssinia Henry" and "The Interview," we previously aired them as part of our "Best By Farr" event. Oh, and there's a sequel to that coming in October, fans of the 4077th!