This man was the original narrator in The Twilight Zone

He was fired for sounding too "pompous." 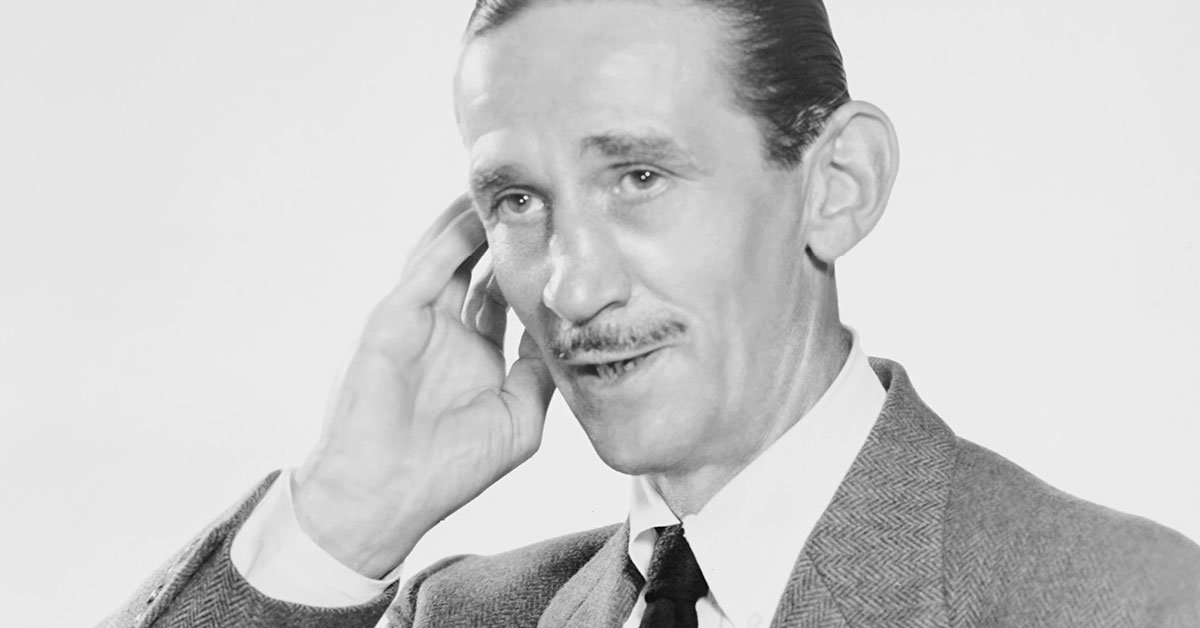 The Twilight Zone is one of those brilliant shows that feels like the work of one visionary. Of course, devilishly clever writers such as Charles Beaumont and Richard Matheson contributed to the series, but The Twilight Zone will forever be associated with the name — not to mention face and voice — of creator Rod Serling.

What would The Twilight Zone have been without Serling standing onscreen in his sharp suit and delivering his enticing introductions? Could those twisted tales have been as impactful without his wry closing soliloquies?

It's easy to forget that Serling did not appear in an episode until episode 36, "A World of His Own," the season-one finale. Up to that point, the narrator had been merely an omniscient voice. The crazy thing is, Serling nearly lost that job. On his own show.

In production for the first episode and pilot, "Where Is Everybody?", a different narrator was used. Oh, and a comical error nearly made it into the show's immortal introduction. 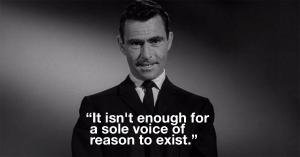 1960s
The 10 most powerful closing statements from The Twilight Zone

Westbrook Van Voorhis (full name Cornelius Westbrook Van Voorhis) was known as "The Voice of Doom." That sounds rather Twilight Zone appropriate, no? The broadcaster and voice-over artist earned the nickname for his work on The March of Time, the newsreel series that covered world events on film. Millions (nearly 25 million) of Americans watched footage of World War II, accompanied by the booming voice of Van Voorhis.

The guy spoke with that perfect midcentury narrator voice, the kind every Boomer imagines in their head when they think of Fifties sci-fi flicks, school movies, or scared-straight driver's ed films. Van Voorhis, pictured up top, also worked as the narrator on television series with simple, dramatic titled like Justice and Panic!

In 1966, kids got to see the man himself in commercials for Life cereal. "The great Quaker Life debate!" he bellowed, "Is it for adults or kids?"

No wonder, then, that CBS gave him the job of narrating The Twilight Zone. Van Voorhis recorded the narration bits for "Where Is Everybody?" in 1959.

But, as we all know, Serling ended up landing the gig himself in the end. So what happened? The 1987 home video release of The Twilight Zone, from the CBS Video Library, explained the story.

"Westbrook Van Hoorhis, the voice of The March of Time, narrated the pilot, but it was decided that he was a little too pompous-sounding," the behind-the-scenes content explained. "Orson Welles was a favored choice but wanted too much money."

"Finally," William Self, the producer of the episode, William Self, said, "Rod himself made the suggestion that maybe he should do it. It was received with skepticism. None of us knew Rod except as a writer. But he did a terrific job."

Well, yeah. He certainly did! However, he made one major goof.

"There is a sixth dimension beyond that which is known to man…" he wrote and read in the first take.

Producer William Self again explained this amusing anecdote. "The opening line read, 'There is a sixth dimension,'" Self recalled. "I said, 'Rod, what is the fifth one?' He said, 'I don't know. Aren't there five?' I said, 'I can only think of four.'"

Thankfully, the error was caught, the audio re-recorded, and television history was made. 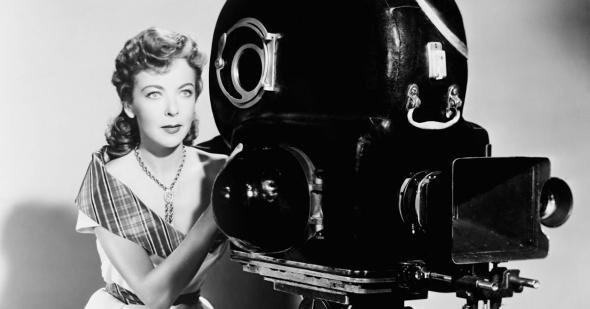 did you know?
Ida Lupino was the only person to act in a Twilight Zone episode and direct another 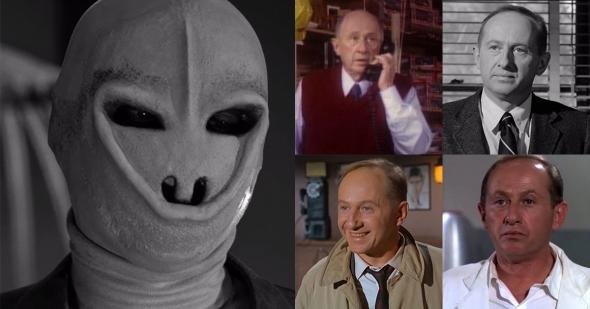 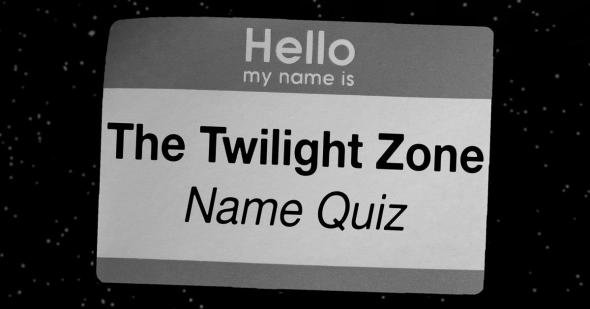 Can you fill in the right names for these Twilight Zone episode titles?
Are you sure you want to delete this comment?
Close 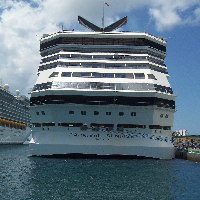 WhoDatGirl 7 days ago
Rod's narration added to the creepiness of the show.
Like Reply Delete

frances3agape 7 days ago
Oh, since I was busy grinning about my Smothers Brothers faux pas, forgot to comment on the dimensions.
That is funny too.
Like Reply Delete

frances3agape 7 days ago
LoL.
When I first saw the blurb and Van Voorhis' small pic on another page,
I thought he was one of the Smothers Brothers!
Like Reply Delete

Lacey 15 days ago
"What would The Twilight Zone have been without Serling standing onscreen in his sharp suit and delivering his enticing introductions?"

Simple, look at every reincarnation since the movie. This is the one point they always get wrong. Serling had the perfect voice for the show. He set the tone for the Twilight Zone.
Like Reply Delete

Wiseguy 15 days ago
All that narration info appeared in "The Twilight Zone Companion" by Marc Scott Zicree, published in 1982, first edition, pages 24-25. I bought the book in early 1983 and read about the narration four years before the home video release in 1987.
Like Reply Delete

Lacey Wiseguy 15 days ago
Ah, what a wiseguy.
Oops. sorry.
Like Reply Delete

F5Twitster 16 days ago
"No wonder, then, that CBS gave him the job of narrating The Twilight Zone. Van Voorhis recorded the narration bits for "Where Is Everybody?" in 1959."

CBS didn't givevan Voorhis anything; the network had no creative say in the show's production whatsoever as part of an unprecedented contract hammered out between them and Rod Serling, whose Cayuga Productions had total autonomy. All CBS could do is refuse to air an episode after it was completed, which they more or less did with one, and only one episode -- "The Encounter" (1964), which starred George Takei and Neville Brand. Because of its racial theme, the network aired it only once, and the episode was never included in the show's syndication package, meaning that it went unseen until "The Twilight Zone" appeared on DVD.
Like (2) Reply Delete

Wiseguy F5Twitster 15 days ago
Not sure about this, but the Sci-Fi Channel (as Syfy was called then) may have shown this episode before DVDs were released when they got the rights to show the episodes in 1994.
Like Reply Delete

Wendyrm71 16 days ago
How come their isnt any black shows on this channel?
Like (1) Reply Delete

Wiseguy Wendyrm71 15 days ago
There, not their. Besides what classic black shows that are not already contracted to other networks (whether they currently air them or not) would you suggest?
Like Reply Delete

ncadams27 17 days ago
I enjoyed shows - typically dramas - that showed previews of next week’s episode. And you actually had to wait a week, not just 3 seconds until the next episode starts when steaming.
Like Reply Delete

Wiseguy ncadams27 15 days ago
Some of those Twilight Zones in the final two years were steaming...steaming piles of...
Like Reply Delete

cperrynaples 18 days ago
Technically, Serling was in every first season episode! However, it was in the previews that MeTV doesn't show! They are included on the DVDs as well as CBS All Access!
Like (1) Reply Delete

stephaniestavropoulos cperrynaples 17 days ago
I was a little bewildered when I read that Rod suggested that he be the narrator. Someone must've changed his mind. Because I remember Rod suggesting a man by the name of Richard Egan be the narrator.
Like Reply Delete

Stoney 18 days ago
Never knew that! Learn something new every day!
Like (2) Reply Delete