This legendary sportscaster's voice can be heard throughout classic television

It may not be for his acting career, but this well-known voice has a star on the Walk of Fame. 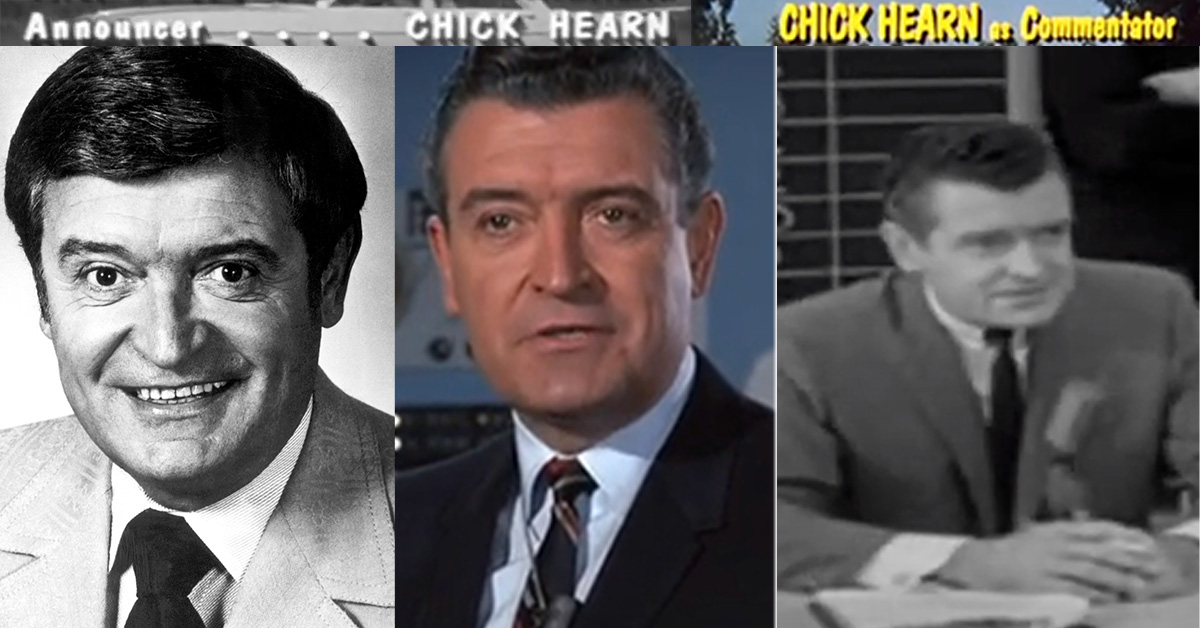 You may have heard the voice of Francis Dayle “Chick” Hearn, long-time announcer for the Los Angeles Lakers, in your favorite classic TV show and not even realized.

Hearn broadcasted games in Southern California with the Lakers for the better part of four decades beginning in 1960. Started in 1965, Hearn “went on to broadcast 3,338 consecutive regular and postseason games,” according to NBA.com. It was just one of the reasons he became the first broadcaster ever elected to the NBA Hall of Fame.

Of course, SoCal is known for much more than their beloved Lakers. A little place called Hollywood is a stone’s throw away from the University Park neighborhood of LA, where the Lakers played their games at the time.

Hearn, who grew up in Aurora, Illinois, became such a recognizable name, voice and face in Los Angeles that it presented opportunities on television. He made appearances across a number of shows and films beginning in the Sixties.

He went by Chick, a nickname that stuck after “playing basketball at Bradley University… His teammates gave him a shoebox with a dead chicken inside rather than sneakers,” according Bleacher Report.

One of his earliest roles on TV that didn’t involve the Lakers was as an announcer on the “Air Derby” episode of My Three Sons. He played the moderator of a remote-controlled airshow that Robbie had a plane in. He also appeared as a newscaster in an episode of The Fugitive during the season one finale “The End Game.”

Playing the role of some type of broadcaster, often himself, Hearn added a realistic aspect to the shows he was featured in, even ones with the most outlandish plots such as Gilligan’s Island. Hearn first appeared in the season three episode “Splashdown.”

He was seen on screen and heard on the castaways’ radio. Out of the sports realm for this role, Hearn was a news anchor that relayed the play-by-play of two astronauts aboard a space capsule that just so happened to be directly over the island. 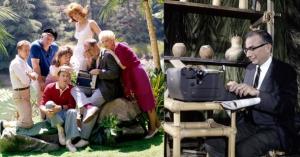 He wasn’t finished with Gilligan’s Island after just one episode, as he was also heard in the “It’s a Bird, It’s a Plane” episode during the same season. This time, he says his own name in the show, which was the only realistic part of the episode.

With a radio slung around his neck, Gilligan is high in the sky attached to a jetpack the government is attempting to locate. To some, a familiar voice comes through the radio speaker saying, “Navy ships are searching for a lost experimental jetpack. This is Chick Hearn reporting to you from the deck…. And we have just sighted a UFO in this area.”

Hearn was also in the TV movie The Harlem Globetrotters on Gilligan’s Island.

Hearn continued to expand beyond the audiences of Los Angeles, with appearances in other Sixties shows such as Mod Squad, and The Alfred Hitchcock Hour. He also had roles on the silver screen, playing announcer parts in The Loved One and the 1969 film The Love Bug.

While announcing games for the “Showtime” Lakers, featuring household-named players like Magic Johnson, Kareem Abdul-Jabbar and James Worthy during the Eighties, Chick continued to make voice appearances in the decade, including in “The Annihilator” episode of Matlock. He could also be heard as “Chick Mouse” in the series Garfield and Friends.

Though you may not know his name, you’ve likely heard the voice of Chick Hearn more times than you realize. He can even be heard briefly calling a game in the Pink Floyd song “Don’t Leave Me Now” from the legendary album The Wall, just before the song ends.

In the Nineties, Hearn can be heard in an episode of The Simpsons and several movies including Airborne, White Men Can’t Jump, and Wrongfully Accused.

He may not have been the most recognizable name in television history, but the voice of one of America’s best broadcasters has made its way into a number of hit TV shows, films and even a smash success album.

Though he’ll always be remembered as the late, great Lakers broadcaster, Hearn had a successful under-the-radar side-career in Hollywood that spanned nearly 40 years. Though not for his acting career, Hearn’s name is solidified in Hollywood with a star on the Walk of Fame.

The next time you have a classic TV show on and hear an announcer’s voice, it just might be the voice of Hall of Famer Chick Hearn. 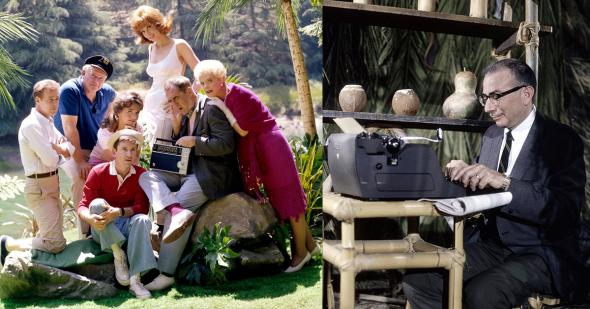 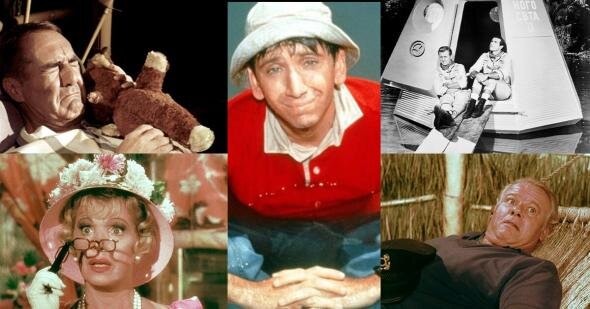 sixtiesquiztrivia
Can you match the Gilligan's Island plot to the episode? 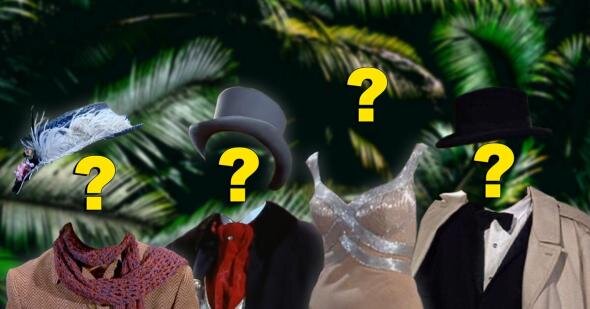 Who wore these unusual costumes on Gilligan's Island?
Are you sure you want to delete this comment?
Close

sierra127 5 months ago
If you can Believe it .. he also was the mc for a tv game show call
Bowling for dollars
Like Reply Delete

JeffPaul76 5 months ago
Nice story, But it didn't say when he died, or what he died of, or what age he was when he died.

Dario JeffPaul76 5 months ago
He died in 2002 during the Laker season that year.
Like Reply Delete

daDoctah 5 months ago
Had to do a little looking for it, but I found this piece of audio editing from the late '80s that used to get played on the Dr Demento Show:

Or drag a file here to upload
texasluva 5 months ago
Though not a Laker nor Dodger fan. One grew up listening to them broadcasting the game they loved. One being the voice of Chick Hearn and the other voice of Vin Scully and The Dodgers. I can remember as a child in the early 60's Vin doing those games. Then it came to the 21st century and he was still doing it with an amazing grace. Not just a couple of decades but 67 years broadcasting.

Chick had his famous sayings "being in the popcorn machine whenever someone got faked out" "This Game Is in the Refrigerator when game a forgone conclusion" or " The Mustard Came off the Hot Dog when turned over the ball". Though I always rooted against these teams (being from San Diego) the announcers were the absolute best for many a year. Let them both do what they do best above and entertain those with them+++++.
Like Reply Delete

UTZAAKE 5 months ago
Like the recently departed Vin Scully, Chick Hearn was also deified by sports fans and media late in his career and beyond. He wasn't the only Los Angeles sportscaster who matriculated at Bradley University; so did current Dodgers radio play-by-play voice Charley Steiner.
Like (1) Reply Delete

Andybandit 5 months ago
Cool story. Even though I never heard of Chick.
Like (1) Reply Delete

LowSparkofLyman 5 months ago
Regarding his appearance on Garfield and Friends, series writer Mark Evanier once noted that, among other things, "he was utterly baffled by the words we expected him to read". Did he feel the same way about Gilligan's Island, I wonder (as long as we're talking outlandish)?

cperrynaples LowSparkofLyman 5 months ago
Actually, knowing what we know now, wouldn't "Don't STOP Me Now" be a better choice for Gomer..LOL!
Like (1) Reply Delete

cperrynaples cperrynaples 5 months ago
Bonus question: What 2010's series used that song as its theme and who was its "big-boned" star?
Like Reply Delete