The season-three episode "Dough Re Mi" is a fan-favorite episode that foreshadows the eventual singing career of the Bradys. The animated spinoff The Brady Kids usually featured at least one song an episode. The Brady Bunch Variety Hour, like many variety shows, built its foundation on song-and-dance numbers. 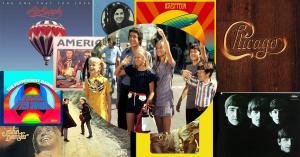 The episode follows the Brady kids after Greg writes a song that he's sure will be a huge hit. To come up with the $150 for the recording session, the kids decide to record as "The Brady Six" and pool their allowances. The plan hits a snag when during rehearsals, something sounds...off. It turns out to be Peter, going through puberty, whose voice keeps cracking. The kids have to decide if they want to give up the recording session (and the money) or cut their own brother out of the family band.

This being The Brady Bunch, they find a solution that keeps everyone together and happy. Greg writes a new song, "Time to Change," to accomodate Peter's voice, and the Brady Six record their song.

The real behind-the-scenes filming, though, wasn't such a happy story. "I hated that episode," Knight said. "I hated doing that episode."

In a group of a bunch of musically talented kids, Knight felt singled out. "I thought they were making fun of my inability to carry a tune," Knight said. "They invented a very special way to avoid me having to sing and then point it out in, I thought, a cruel kind of way."

Knight says that despite him being upset the whole week of filming, the final product turned out well. "The episode, if you watch it as an episode, it works," he said, "but I hated it for what went on behind my little brain at the time."

It's easy to sympathize with Knight. What teenager would want their cracking voice not only televised but made the plot of an episode of one of the biggest TV shows in America?

However, part of the reason The Brady Bunch was so adored was how relatable it was, and Peter's vocal angst made for one of the sweetest musical episodes on TV. 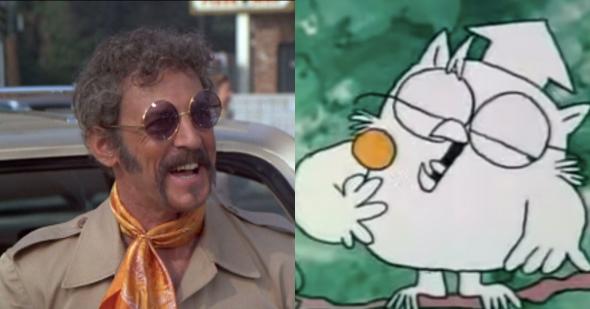 Did you know?
The director who discovered the Bradys was the voice of a familiar commercial mascot 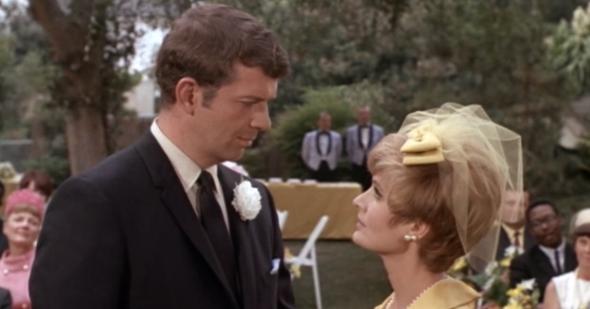 Florence Henderson had this theory about Carol's first husband 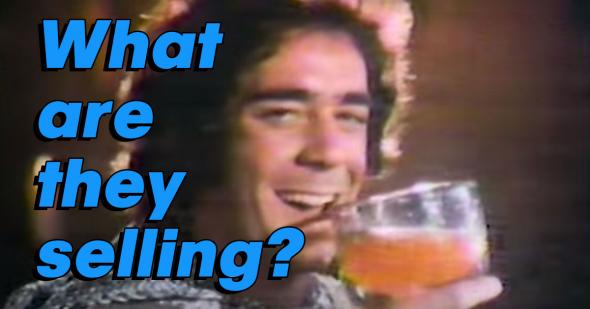 WilliamJorns 9 months ago
I can honestly say I maybe watched two or three episodes of that whole series. It never really appealed to me. My older brother once humorously referred to Florence Henderson as "the mother of us all."
Like Reply Delete

TVFF 9 months ago
At least Peter/Christopher got to wear the best outfit in that clip.
Like Reply Delete

JeffSchafer 9 months ago
How Cruel! He should have gone on one of those Tabloid-Talk Shows & blamed this childhood experience ruined his whole life.

It's the American way. Blame all of your problems on your childhood.
Like (1) Reply Delete

ELEANOR 9 months ago
Wasn't there also a Disney movie with the Vienna Boys Choir (?) and one of the boys singing a soprano solo suddenly hit puberty and his voice started cracking and another boy filled in his part from behind the curtain. This was from somewhere in the '60's.
Like (1) Reply Delete

Michael ELEANOR 9 months ago
I don't recall it. But a search says "Almost Angels" from 1962. A theatrical releaee, in the US paired with a rerelease of Lady and the Tramp.

QazWiz ELEANOR 9 months ago
You're correct Eleanor, I remember it very distinctly although i cannot agree to it being Disney product... the Disney "Almost Angels" has synopsis of: *Twelve-year-old Tony struggles to fit in the famed Vienna Boys' Choir when an older boy, jealous of Tony's talent, tries to get him thrown out.*
the one i saw was b/w (not color) and was trying to NOT get the broken voice thrown out
Like (1) Reply Delete

Michael 9 months ago
I wlways thought The Partridge Family was the better tv musical family.

And wasn't there an episode where Danny's voice broke?

Besides they had little Ricky before Cousin Oliver.
Like (1) Reply Delete

LoveMETV22 Michael 9 months ago
I think that's the episode when Danny gets his tonsils out, and thinks he lost his voice afterwards.
Like Reply Delete

Andybandit 9 months ago
Even though the Brady Bunch was not my favorite show. Peter Brady was so cute.
Like (3) Reply Delete

AnnieM Andybandit 9 months ago
And he still is!
Like (1) Reply Delete

JustGeri Andybandit 9 months ago
The Brady Bunch will always be comfort TV for me. And while BW/Greg was the fav for many, CK/Peter was the one for me all growing and still to this day.
Like (1) Reply Delete

AnnieM JustGeri 9 months ago
Just from conversations I've had over the years, I don't think I've ever heard any woman (my age, anyway) say that anyone other than Peter was the 'cutest Brady'. Greg just seemed too old!
Like Reply Delete

LoveMETV22 9 months ago
LOL! Although not part of the "Dough Re Mi" episode. The "Adios, Johnny Bravo" episode where the Brady Kids audition on a talent show, but the talent agent(s) is/are only interested in Greg.
Like (1) Reply Delete

ELEANOR 9 months ago
Even though the Brady Bunch was not supposed to be a musical family; somehow music snuck in there anyway. For the 2nd-5th season, they sang their opening theme song. Barry Williams found out that he enjoyed singing, Chris Knight learned how to suffer silently and then eventually discovered that he also liked to sing. So for a non-musical family, there was a lot of music.
Like Reply Delete

daDoctah 9 months ago
At least they didn't ask him to sing this:

ETristanBooth LoveMETV22 9 months ago
I'd rather be subjected to the Brady song on the plane than the Eve Plumb single.
Like Reply Delete

LoveMETV22 daDoctah 9 months ago
I guess we're fortunate they didn't put all the musical clips from the Brady kids (they could have) in the story. Lol! 🤣🤣
Like Reply Delete

LoveMETV22 ETristanBooth 9 months ago
I have to agree with you on the Eve Plumb single. But kidding aside it reads on some of the bio's (Wikipedia not included) IMDb and some others that the dad (Neely Plumb) was involved in some major motion picture soundtracks and other things.
Like Reply Delete

harlow1313 9 months ago
To this day, the thought of this cornball episode makes me cringe.
Like (2) Reply Delete

Barry22 harlow1313 9 months ago
The entire series makes me cringe.
Like Reply Delete

harlow1313 Barry22 9 months ago
Yes, I must agree with you. It looks to me like it was made by aliens, who gained their only understanding of human behavior from watching commercials.
Like Reply Delete

ELEANOR harlow1313 9 months ago
Some of the "understanding of human behavior" was gained by Sherwood Schwartz's careful recall of the conversation around his dinner table and especially the trials and tribulations of his daughters. I'm sure he heard, "Dad, why did you put that in a script?"

And the most cornball of all episodes was not "Dough Re Mi" but the very final episode, the one with Barry's orange hair. First of all, Mike Brady didn't even appear as he was "off on a business trip." So what father goes off on a business trip when his son is graduating from high school? Actually, Robert Reed was so grossed out by the script he opted out of the episode. He couldn't stand the orange hair thing. And he was probably not the only one. I'm sure Barry Williams was not amused. And then, poof -- that was it. End of the season and the decision not to renew.
Like (1) Reply Delete

LoveMETV22 ELEANOR 9 months ago
Yes Sherwood Schwartz and Robert Reed never got along. He had said in several interviews the fact that Robert Reed was a stickler for accuracy in the scripts, many times he would walk off the set to fact check (not to popular with Schwartz). At the end Of the five year show run it was simply to expensive to renew all of their contracts and the shows popularity had decreased, also ABC was fine in letting the show come to an end.
Like (1) Reply Delete