Where To Watch Shop Store Contact
Home / Stories / The Waltons creator Earl Hamner Jr. made a sweet cameo in one episode
Did you know?

The Waltons creator Earl Hamner Jr. made a sweet cameo in one episode

He sports a big mustache for the small role.

Season two of The Waltons starts with the touching episode "The Journey." Series creator Earl Hamner Jr. states in the opening narration (as the voice of middle-aged John-Boy) that the sad truth that many people live in solitude "brought me close to a remarkable woman and sent me on a journey that I was to remember for the rest of my life."

The story begins with John-Boy planning to take early love interest Marcia Woolery to a dance. But she is not the woman mentioned in the narration, as we soon find out. Old Mrs. Maggie MacKenzie, one of the many memorable single-episode neighbors on Walton's Mountain, needs help fixing her car. John-Boy obliges and is rewarded with stories from Maggie's past.

She speaks longingly of her deceased husband, Michael, and shows an old, black-and-white photograph of him to John-Boy. The mustachioed man in the picture is actually Earl Hamner! It's his first brief cameo on the show he created. Luckily, it's not his only appearance in the episode. We get a much better glimpse of Michael MacKenzie later on. 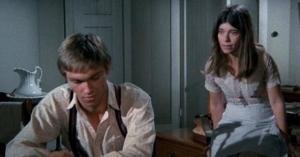 Maggie convinces John-Boy to take her to the beach, leaving Marcia Woolery high and dry. Mrs. McKenzie remembers setting sail from Scotland with her husband years before. She and John-Boy visit a restaurant called “The Mermaid” which brings back even more memories for Maggie. In fact, John-Boy sweetly asks her to dance and she imagines Michael in his place.

And who do we see playing Mr. MacKenzie in the flashback? Earl Hamner, in a sharp 1800s suit and full curly mustache. It's a poignant, heartwarming moment perfectly appropriate for the man who brought so many to the show.

The quick appearance may have gone mostly unnoticed when the episode first aired but thanks to the enduring popularity of The Waltons, it can be fully appreciated now and for years to come. 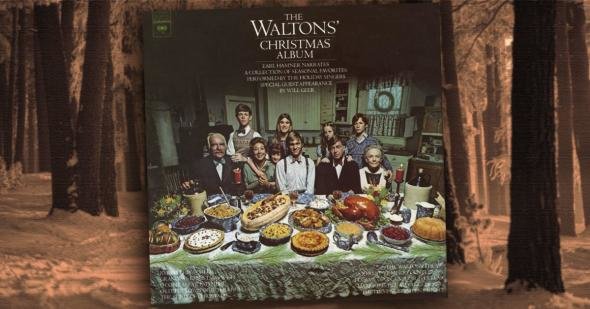 Christmas
Do you remember Grandpa’s heartwarming Christmas wish from The Waltons' Christmas Album?

Nostalgia
The Waltons writers really couldn't decide whether the family dog should be male or female
Are you sure you want to delete this comment?
Close

rraynard 18 months ago
I watched the Walton's on a regular basis, after returning from overseas.
Like Reply Delete

kimmer 19 months ago
Great article...thank you.
Like Reply Delete

MikefromJersey 19 months ago
Earl Hamner appeared on To Tell The Truth. I didn't know what he looked like but as soon
as he opened his mouth it was obviously him, to anyone who has heard the narration on
the Waltons. Tell The Truth runs - 8:30 AM - on the Game Show network and hasn't aged
a bit. Host Gary Moore gives a clinic every day on how to be a game show host.

MrsPhilHarris 19 months ago
I actually thought it was Rob Reiner on Gomer Pyle when I glanced at the first picture.
Like Reply Delete

AgingDisgracefully 19 months ago
When questioned, he said, "Hitchcock does it!"
Like Reply Delete

DethBiz 19 months ago
And here I thought it was the Waltons Halloween Episode and he was dressed up as Andrew Prine.
Like Reply Delete

daDoctah 19 months ago
Should I include Hamner on my list of recurring actors on TV series who are heard but never seen, in the "narrator" subcategory that includes Daniel Stern on "The Wonder Years", Bob Saget on "How I Met Your Mother", and Jim Parsons on "Young Sheldon"? I've already allowed Nick Bakay (Salem on "Sabrina the Teenage Witch") and Deborah Pratt (narrator and "Ziggy" on "Quantum Leap"), even though they did appear on-screen as other characters.
Like Reply Delete

stephaniestavropoulos daDoctah 19 months ago
You can't say Earl Hamner was never seen. That's what this story was about, he did make an appearance, {although he was disguised.}
Someone else you should include is Waylon Jennings from the Dukes Of Hazzard. Like the others you listed, he was heard but never, {I don't think,} seen.
Like (1) Reply Delete

dmzabooo stephaniestavropoulos 19 months ago
Love me some Ole’ Waylon Jennings now. Then Dukes, them Dukes!
Like Reply Delete

stephaniestavropoulos DMZABO 19 months ago
A couple of months back, I {after much deliberating,} finally decided to get TDOF series, the reunion movies and the movie that inspired the show, "Moonrunners"-1975. I'm glad I did, because that was a show I remember my dad liked to watch. I'm still on the fence about whether or not to get the cartoons. I do believe one of the cartoons stops on the racing circuit, was Greece. If it was, I just may have to get them. {That being my dad's native land.}
Like Reply Delete

EvelynAnnHollandsworth stephaniestavropoulos 18 months ago
After numerous requests from fans to see the Balladeer on-screen, Jennings finally appeared in one episode, the seventh season's aptly titled "Welcome, Waylon Jennings", in which he was presented as an old friend of the Dukes.
Like Reply Delete

Staunch_Reaganite 19 months ago
Never really cared much for The Waltons. It was one of my mother's favorite shows and as a child, I just couldn't be entertained by the downhome wholesomeness of the show.
Like Reply Delete