Reckless appeared for 7 years. In that time, the yellow lab went from being a good boy to birthing a puppy. 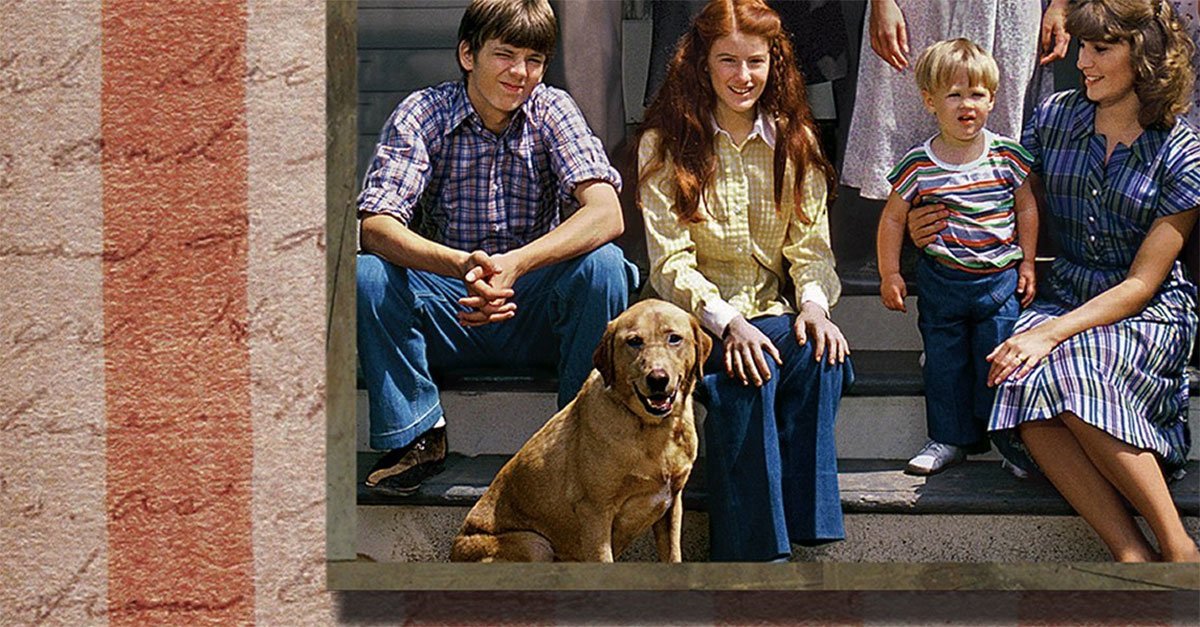 When The Waltons series creator Earl Hamner Jr. was just 6 years old, like any kid, he desperately wanted a dog.

He didn't know what to do, so he put his feelings about wanting a dog into a poem called "My Dog." The end result was a poem so sweet, his local newspaper, the Richmond Times-Dispatch, published it on its children's page.

And what do you know? Pass it along to any kid out there wishing for a puppy — writing the poem actually worked for young Earl! His parents got him a dog. "I got one by writing about one, which must have been my impetus to become a writer," Hamner said in a 1999 interview.

Later in life, Hamner was the kind of avid pet owner who kept not just many dogs, but "rabbits, guinea pigs, turtles, and a chipmunk," according to EarlHamner.com.

So, Hamner knows that the bond between a boy and his dog can run as deep as any family story we saw unfold on The Waltons, and naturally, for his series, he gave the family a dog. A golden lab named Reckless, the dog is portrayed as the perfect family companion, good for hunting with the men or cuddling with the kids.

Reckless is introduced as the family’s dog in the very first episode of the series, "The Foundling," and we see him go through a lot of daring action: getting injured by a bear, tracking down Jim-Bob and Elizabeth, and hunting foxes with John-Boy. We also watched him get shot, recover, and then, in his final appearance, he broke our hearts when he fell ill.

But one of the most remarkable things about the Waltons' family dog has to be that, at some point, the writers on the show decided it would work out better if the dog was female. That is how we got an episode in the sixth season called "The Grandchild," in which Reckless the dog gives birth to a puppy.

If your brain hit the brakes at this moment, you wouldn't be the only fan feeling confused by this decision to change the male dog into a mom. Clearly, the writers thought fans wouldn't care, but on at least one Waltons fan forum, decades later fans were turning to each other for clarity, asking, "So was Reckless male or female??"

They floated theories about how families used to keep the same name for different dogs and one even made a winking suggestion that the apt name "Reckless" was applied to any stray lab who wandered up the mountain, male or female.

A beautiful yellow lab, Reckless tugged on our heartstrings and inspired heavy feelings in a lot of fans in his final appearance in the eighth season episode "The Journal."

Found lying sick in the barn, Reckless features in a moving storyline that involves how to decide whether to put the dog down. The episode's ultimate conclusion did what Earl Hamner Jr. did best: It slowly unfolded an important life lesson, attentive to tender feelings in the room by masterfully conjuring a hopeful, poetic image that made looking at even the most difficult stuff somehow sweet.

Tying things up in a neat bow in the real world, the very same paper that first published Hamner and inspired him to become a writer by accepting his dog poem also proudly covered the premiere of his 1971 TV pilot movie The Homecoming: A Christmas Story, which launched The Waltons. In the article, the Richmond Times-Dispatch cautions readers that Virginians who tune in may see "a reflection of ourselves."

In many ways, didn't we all?

nostalgia1970s
Ellen Corby was everyone’s grandma on the ‘Waltons’ set
Are you sure you want to delete this comment?
Close

SheriHeffner 20 months ago
In episode 1 you could tell Reckless was a he. Then later on "he" turned into a "she". Just like Daisy in the Blondie movies.
Like Reply Delete

Or drag a file here to upload
texasluva 20 months ago
Hello I am Mr. er Mrs. Reckless

daDoctah 20 months ago
I thought they named the dog "Reckless" because one of the smaller Walton kids couldn't pronounce "Breakfast".
Like (1) Reply Delete

SheriHeffner daDoctah 20 months ago
I don't know. I know in a later episode when Rose's grandson Jeff asked how old Reckless was, John told him they didn't know, she just wondered into the yard one day. This was after Reckless changed from a boy to a girl and had a puppy.
Like Reply Delete