America’s #1 Classic Television Network
Find your local MeTV station
Where to watch
See when your favorite shows are on
See schedule
Personalize MeTV.com to follow your favorite shows
Free sign-up
Shop your favorite shows in the MeTV Store
Shop Now
Home / Stories / The Summer of Me brings Green Acres, the 1985 Twilight Zone and 90-minute Wagon Train to weekdays

The Summer of Me brings Green Acres, the 1985 Twilight Zone and 90-minute Wagon Train to weekdays

Tune in for comedy, suspense and adventure starting Memorial Day. 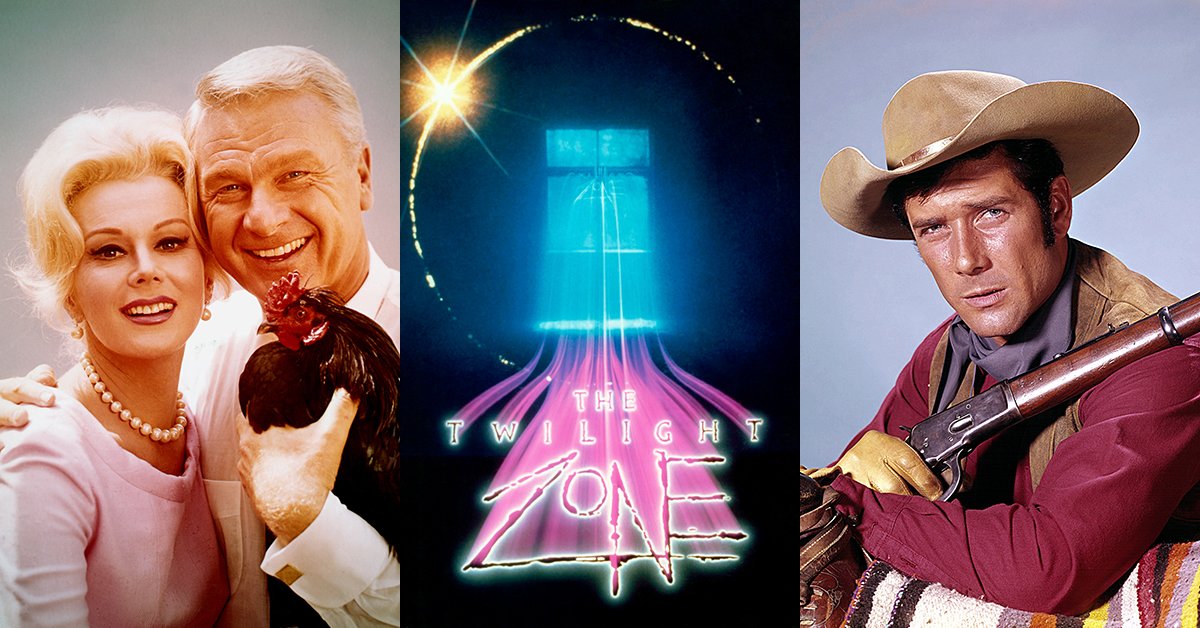 Summertime means yard work. But why toil outside? Stay in and watch two city folk work the soil. Starting May 27, Green Acres is moving to a new time, five days a week. That is not the only fresh crop arriving in The Summer of Me. Two rarely aired pieces of television history are coming to MeTV — the 1985 iteration of The Twilight Zone and the 90-minutes episodes of Wagon Train. Then, on Saturdays, MeTV presents The Three Stooges at 6PM | 5C, with two thematically tied shorts presented in full, unedited and without commercial interruption.

Let's take a closer look at these upcoming additions to the schedule. 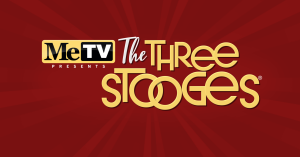 Though it existed in the same "Paul Henning television universe" as The Beverly Hillbillies and Petticoat Junction, Green Acres delivered a different flavor of comedy. The Eddie Albert–Eva Gabor sitcom grew a far more surreal, postmodern strain of humor, that was pioneering for its time and equally relevant today. The show often broke the fourth wall, as characters acknowledged they were merely characters on a television show. For example, Lisa Douglas (Eva Gabor) repeatedly complained about "the names," i.e. the show's credits that would pop up every week and annoy her. And what other sitcom had a, erm, meatier role for an animal star? The pig, Arnold Ziffel, became a pop sensation.

The first television reboot of The Twilight Zone arrived in 1985 and ran for three seasons. The series arrived in a peak era of science-fiction and horror, when creators like Stephen King and Steven Spielberg dazzled audiences with original ideas. (In fact, Spielberg had produced Twilight Zone: The Movie two years earlier.) Though it lacked Rod Serling (or any host at all) The Twilight Zone 1985 delivered the same brand of eerie suspense and shocking twists. The Grateful Dead performed the theme song and the cast featured rising stars such as Bruce Willis, Helen Mirren and Morgan Freeman. Writers included George R. R. Martin (Game of Thrones) and, yes, Stephen King.

In its seventh and penultimate season, Wagon Train went cinematic. The long-running Western expanded its episodes to 90 minutes, feature-length. That was not the only change on the show. Robert Fuller (Laramie) joined the cast as the new scout, Cooper Smith. Michael Burns' character, Barnaby West, introduced in the sixth season, also became a regular cast member. The guest stars shined, too, as names like Peter Falk and Burgess Meredith appeared, not to mention teen idols like Fabian and Annette Funicello. Due to their running time, these episodes are rarely seen on television.

It all begins on Memorial Day, May 27. See our schedule for more details. 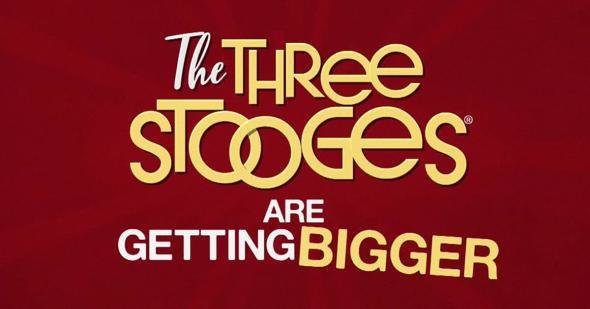 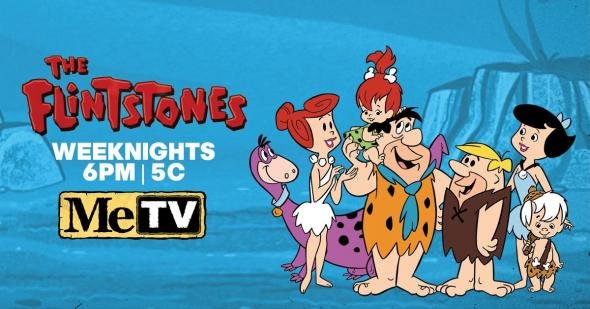 news1960sprogramming
The Flintstones premiered on this day in 1960 — and you can watch them on MeTV starting today! 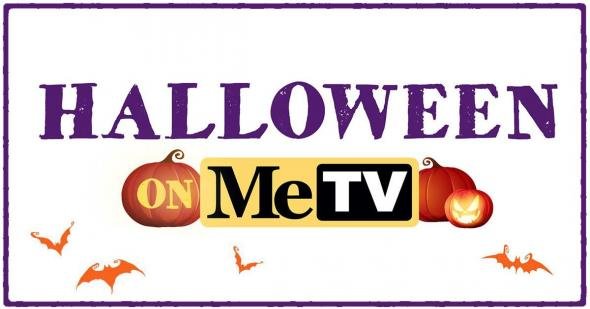 Halloweenprogrammingnews
MeTV presents spook-tacular Halloween episodes in October
Are you sure you want to delete this comment?
Close

RethaJuanitaGreen 21 months ago
U need to revamp yr programing..there wasnt nothing wrong with Rockford files, or Ironside, are Perry mason. there needs some program that dont be showing for 4 hrs stait .theres enough programs that u can show different shows without showing block showing.
Like Reply Delete Kathy 22 months ago
Bring back more shows from the 60's like Marcus Welby-Barnaby Jones-Dragnet-Tallman-Doris Day Show n A man called Shenadoah so many good shows-stop running 4-6 of the same shows. That way you can put more of a selection!!! Yes i do love my westerns. Even in the early 70's had some good shows. So don't run Roseanne half the day n put more on!!! Thanks
Like Reply Delete 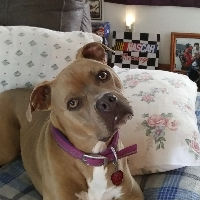 Pacificsun 23 months ago
"Joseph" is back, and he knows where a lot of the "missing" programs are (or have gone). One of them is over to Cozi TV and this is the link to their schedule
https://media.cozitv.com/documents/cozi_schedule.pdf

They are doing what a lot of digital stations are, meaning block programming, where the same series fills up successive time slots. Probably because there are just fewer available syndicated shows to go around now.

EOIRT 23 months ago
I truly hope that I don't die from old age before ME TV finally airs one of the very best detective shows of the 70's. Barnaby Jones. I've already given up hope that you will air the original FBI; another awesome Quinn Martin production. There's still so many great shows that you folks have failed to air but we get marathoned to death for years with Gunsmoke, Big Valley, Rifleman and Bonanza. Come on and give us a break please.
Like (1) Reply Delete

MrsPhilHarris EOIRT 23 months ago
And MASH. How long has it been on at 8 pm? Enough.
Like (1) Reply Delete

Pacificsun EOIRT 23 months ago
MeTV was showing Barnaby Jones in 2016. https://www.metv.com/lists/10-easy-going-crime-busting-facts-about-barnaby-jones It is under CBS Distribution (which is one of MeTV's libraries). But like all good shows, particularly QM's hows) as an hourly show is rotated in and out.
Like Reply Delete TheNotoriousWineGuy MrsPhilHarris 22 months ago
I can live with M*A*S*H, how about getting rid of HOGAN'S HEROES!! It's been loitering at the primo 10-11pm timeslot for over 2 years!!!! I'd love to see the return of Sunday Night Noir too!!
Like Reply Delete

EricFuller 23 months ago
To those bemoaning that original Twilight Zone isn't on, it'll be back on in the fall. A show like that shouldn't be ran into the ground. it's a fine wine TV wise compared to others that are like Muscatel.

Pacificsun EricFuller 23 months ago
Ummm, am not sure MeTV knows the difference between running into the ground (or not) certain TV shows. But it's certainly a word of consolation to those who're waiting for it to come back. I agree, it's a great late night show, when it's a little hard to fall asleep!
Like Reply Delete 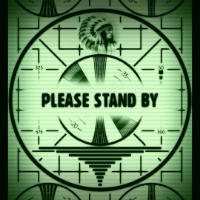 EricFuller Reno85 23 months ago
the digital channel Comet airs the original and the reboot of Outer Limits.
Like Reply Delete

Pacificsun Reno85 23 months ago
MeTV always likes to bring attention to it's "Summer of Me" theme. And they needed something attention-getting, like The Three Stooges. Patience people, it will only be on for 13 weeks!
Like Reply Delete

Moonpie 23 months ago
Its only been one night and I already miss "classic Twilight Zone"!
Like (2) Reply Delete

EricFuller Moonpie 23 months ago
Classic Twilight Zone is like fine wine. Maybe by resting it doesn't get stale. You don't want to run it into the ground like The Brady Bunch which is TV's version of MD 20/20.
Like Reply Delete

SheriHeffner 23 months ago
I have already began to DVR The Twilight Zone and The Three Stooges. I am also going to watch Wagon Train live because Judge Judy started showing repeats at 3:30. Could you possibly start showing Ghost Story/ Circle Of Fear? I have seen these programs and loved them. They were like scary programs starring fine actors who are no longer with us. They used to show them sometimes on Decades, which my local affiliate took off the air. Please consider this, along with bringing back I Love Lucy, Family Affair and put The Dick Van Dyke Show on at 8:30 PM weeknights.
Like Reply Delete

MrsPhilHarris SheriHeffner 23 months ago
I would love to see DVD at 8:30 but I don't think they would ever take off MASH. It feels like it's been on for years.
Like Reply Delete

JayFlo 23 months ago
This year marks the 50th anniversary of 'Medical Center' as well as 'Marcus Welby, M.D.' Without these two gems, there might not have been an 'E.R.', which marks its 25th anniversary.
Like Reply Delete

Pacificsun JuliaWilliams 23 months ago
Not sure about the chances of it showing up on MeTV. Generally they pull from the CBS Distribution Library.
Distributor MGM Television
(1974-1976)
Warner Bros. Television Distribution

Maybe "Joseph" knows where it has shown up, or has gone to!
Like Reply Delete

CarolCarlineo 23 months ago
Will you please bring back That Girl? And also will you air Medical Center,The Donna Reed Show and Make Room For Daddy?
Like (1) Reply Delete

Pacificsun CarolCarlineo 23 months ago
Donna Reed has been on in the mornings on MeTV. That Girl was on Antenna TV. MeTV had the show 2012 to 2014, but the distributor is not CBS Television, so it's probably gone to DVD, and the cost of making it available has to be made up now.
Like Reply Delete

Pacificsun Pacificsun 23 months ago
Sorry, meaning Make Room for Daddy was on MeTV 2012 to 2014
Like Reply Delete

BrittReid 23 months ago
The Outer Limits, Green Hornet and The VAMPIRA Show.
Like (1) Reply Delete

tinah 23 months ago
I enjoy watching the Three Stooges, but my husband and I look forward to The Wild, Wild West on Saturdays at 6 pm. It has become a Saturday evening tradition at our home...very sad to see it taken off. We missed it when it was taken out of the weekly 5 pm spot, now gone on Saturdays too!!! There is always The Animal Planet.