We've never seen someone put so much salt on their salad. 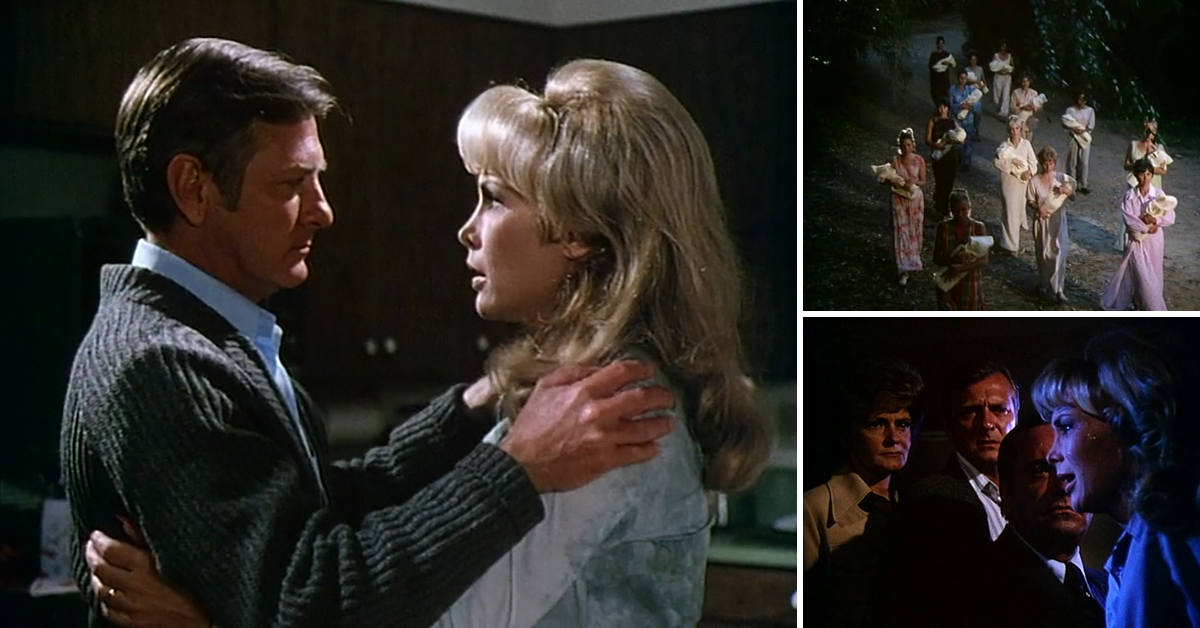 We'll admit, we're on a kick recently with these forgotten TV movies from the 1970s. But we just keep coming across some absolute gems.

Previously, we highlighted some of the most ridiculous installments of ABC Movie of the Week. There were absurdities like the Trilogy of Terror, which featured a woman getting attacked by a possessed doll, and Bad Ronald, where a mother locks her son under the stairwell after committing a serious crime.

Unfortunately, we left out one glaring omission. Upon further review, The Stranger Within might just be the wackiest TV movie of the 1970s.

The Stranger Within was billed as "Rosemary's Baby, but with a science-fiction twist." If that doesn't spell out disaster, then we don't know what else will.

Barbara Eden, following her successful run on I Dream of Jeannie, plays Ann Collins, a woman who gets pregnant despite her husband having had a vasectomy.

The pregnancy causes trouble from the start. Obviously, Ann's husband, David, suspects she's been unfaithful. On top of that, Ann has had issues with carrying children in the past. The couple agrees the best thing to do is terminate the pregnancy for the sake of her health.

But the abortion doesn't happen, particularly because Ann experiences intense pains before the procedure begins. It only gets stranger from there, folks.

Ann has intense cravings for black coffee, lettuce and salt. Lots and lots of salt. She loves being in the cold and starts hiking more.

While those might be weird pregnancy cravings, strangely enough, her injuries begin to heal within minutes. It quickly becomes clear this is not a normal pregnancy.

Ann's husband and friends are worried, so they enlist the help of a hypnotist. When the group confronts Ann, we finally figure out the truth.

Get ready, because it's a doozy: Ann was impregnated by an alien. While she's subdued, the extraterrestrial speaks through her, saying his father banished him to Earth, but that he wants to return to his home planet (which is freezing cold).

We won't spoil the ending for you, although it's definitely out of this world.

Do you remember watching this movie? What do you think about it now, all these years later?

LauraHS 20 months ago
I have to disagree. Trilogy of Terror was darn good. The devil doll section was the best--some of us STILL have nightmares.
Like Reply Delete

ElizabethDewar 29 months ago
I saw it.Good one! They don't make 'em like that anymore.