America’s #1 Classic Television Network
Find your local MeTV station
Where to watch
See when your favorite shows are on
See schedule
Personalize MeTV.com to follow your favorite shows
Free sign-up
Shop your favorite shows in the MeTV Store
Shop Now
Home / Stories / The same year Judy Norton got married on The Waltons, she got hitched in real life
Did you know?

The same year Judy Norton got married on The Waltons, she got hitched in real life

"A lot of people think that I'm too young to get married," the oldest Walton daughter said at the age of 19. 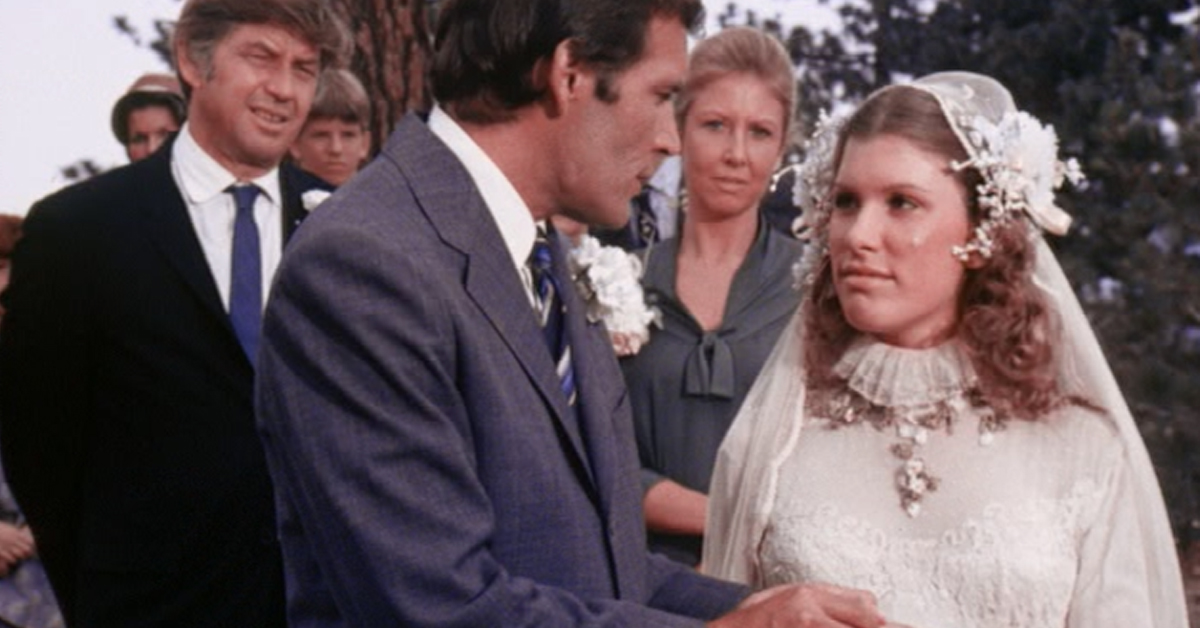 When Mary Ellen Walton starts nursing school at the age of 18, she can't wait to see where her life goes after that.

Nobody in the audience could've imagined that nursing school would lead the oldest Walton daughter directly into marriage the very next season.

But for Judy Norton, the actor who played Mary Ellen, 1976 was a year of wedding bells. She not only got married on The Waltons, but in her real life.

Because she was so young, many fans were shocked to see the wholesome, typically slow-paced show making any hasty decisions.

"I heard Judy Norton, who plays Mary Ellen in The Waltons is thinking of getting married," a fan named Mrs. D.A. wrote into her local paper, The Tallahassee Democrat, that year. "I can't believe it."

The trivia columnist had to explain that the actor was no longer the teen kid who viewers watched growing up:

"Judy Norton has been going steady and it looks like she may end up at the altar. Judy's grown up since she began her TV career playing adolescent Mary Ellen Walton."

Judy had been going steady, for two years with a musician sweetheart named Doug Taylor. When they wed, she was 19 years old.

"A lot of people think that I'm too young to get married and that Doug and I should have tried living together for a while," Norton told San Antonio Express in 1976. "But I guess we're both kind of old-fashioned. That sort of arrangement wouldn’t have suited us." 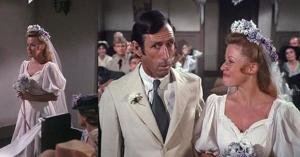 Did you know?
Yancy and Sissy on The Waltons were married in real life, too

"Getting married just seemed to be the logical conclusion for us," Norton said.

We're delighted to report that the couple wed in maybe the most Waltons way.

The wedding took place on a ranch owned by Doug's grandmother, a place he spent all his time horsing around growing up that Judy came to love, too.

"The ranch is a special place to both of them," the San Antonio Express confirmed.

Norton's real wedding took place more than six months before her wedding episode on The Waltons.

For Norton, the two-part episode was a highlight in her acting career, garnering high ratings and watched by families all around the country.

The year it aired happened to be the first year that Gone With the Wind was aired on television, and Norton was particularly excited that her wedding episode was enough to get at least some viewers to tune out Clark Gable and Vivien Lee.

"Did you know? That we were second behind Gone With the Wind that week?" Norton said in an interview with The Journal Herald in 1976. "I think that's really great."

Mary Ellen's wedding aired in November 1976, and then a few weeks later, Norton left behind her cast family to spend Thanksgiving with her actual husband's family at his mom's house.

Earlier in the year, the newlyweds did have success finding the perfect place to settle down on their own, though.

It makes us happy to think of Norton happily married on a hilltop.

"We were searching for months, but we maintained a positive attitude and wouldn't compromise too music," Norton told Lakeland Ledger. "It was everything we wanted in the first place."

Although many viewers were shocked to see Mary Ellen married so young on TV, Norton's old soul helped her approach her first marriage at 19 with admirable maturity.

"I don't have stars in my eyes," Norton told San Antonio Express. "I know how easily love can disintegrate. You've got to work at it constantly. It's like planting a garden. You have to water it every day and trim back the flowers and keep out the weeds to make it grow."

Fans had to get used to seeing Mary Ellen married, not just on the show but in the real world. Norton and her husband Doug would travel together to do her appearances, including riding together in parades.

Although both Judy and Doug had high hopes for their young marriage, they divorced two years later. Norton has remarried three times since and is currently married to Robert Graves. Norton continues to stay in touch through her YouTube channel with fans, who fell in love with her as Mary Ellen way before both her first weddings took place in 1976.

Like they do with most major TV stars, fans came to see Norton as one and the same as Mary Ellen, calling her by that name in the real world and expecting her to behave like the Waltons daughter. She told The Journal Herald that was just fine by her.

"You get used to that, but I don't mind because Mary Ellen’s been good to Judy Norton," Norton said. 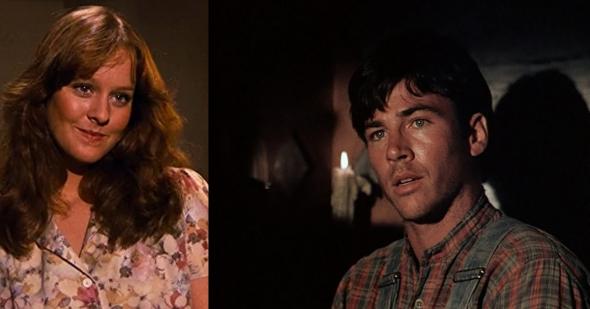 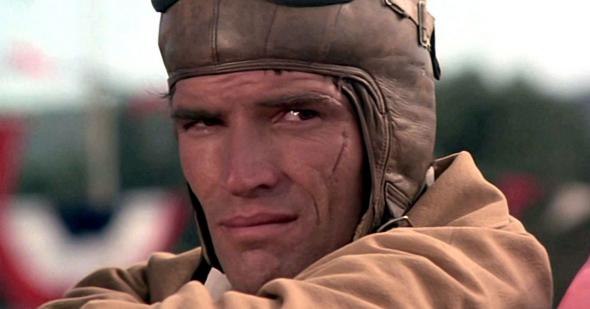 Did you know?
Tom Bower played a stunt pilot on The Waltons before marrying Mary Ellen 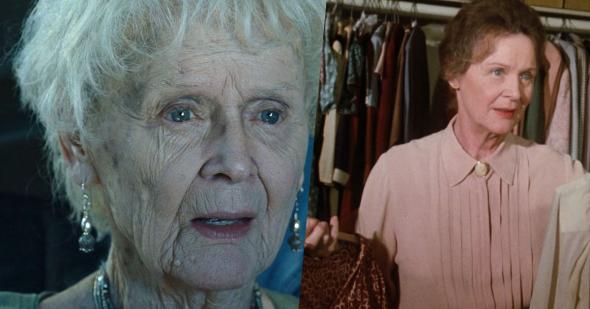 Did you know?
Old Rose from Titanic played a small part in one of the most romantic moments on The Waltons
Are you sure you want to delete this comment?
Close

JulieTV L 13 months ago
My mother married at 17 and my father was 20. If my mother had not passed, they would have been married 57 years.
Like Reply Delete

Newyorkcitygal 14 months ago
Did not know any of that story. Thanks for the update. I still watch Walton reruns till this day.
Like Reply Delete

ETristanBooth 14 months ago
What is the end of the following quote really supposed to say?:
""We were searching for months, but we maintained a positive attitude and wouldn't compromise too music."
Like Reply Delete

SteveMarshall ETristanBooth 14 months ago
I was wondering the same thing. Guess they don't have a proofreader? Maybe it was supposed to be "...wouldn't compromise too MUCH". Possible?
Like Reply Delete

FC12 14 months ago
The Walton’s was a great show and I still watch it. Judy Norton is a fine actress and the show wouldn’t be the same without her.
Like Reply Delete

JHP 14 months ago
The Waltons

rikkirat JHP 14 months ago
A lot of shows that were successful during first run... have not held up or aged well over time. You named quite a few of them.
Like (1) Reply Delete

JHP rwhyde 14 months ago
but wasnt she married to Bruce Lee? (only kidding:))
Like (1) Reply Delete

Andybandit 14 months ago
Cool, that Judy Norton got married the same year as she did The Waltons.
Like Reply Delete

15inchBlackandWhite 14 months ago
Not as weird as Bob Crane marrying Sigrid Valdis ON THE SET of Hogan's Heroes.
Like (3) Reply Delete