Where To Watch Shop Store Contact
Home / Stories / The same Flintstones episode that introduces Bamm-Bamm had this perfect parody of Perry Mason
did you know?1960s

The Rubbles come up against Perry Masonry trying to adopt Bamm-Bamm. 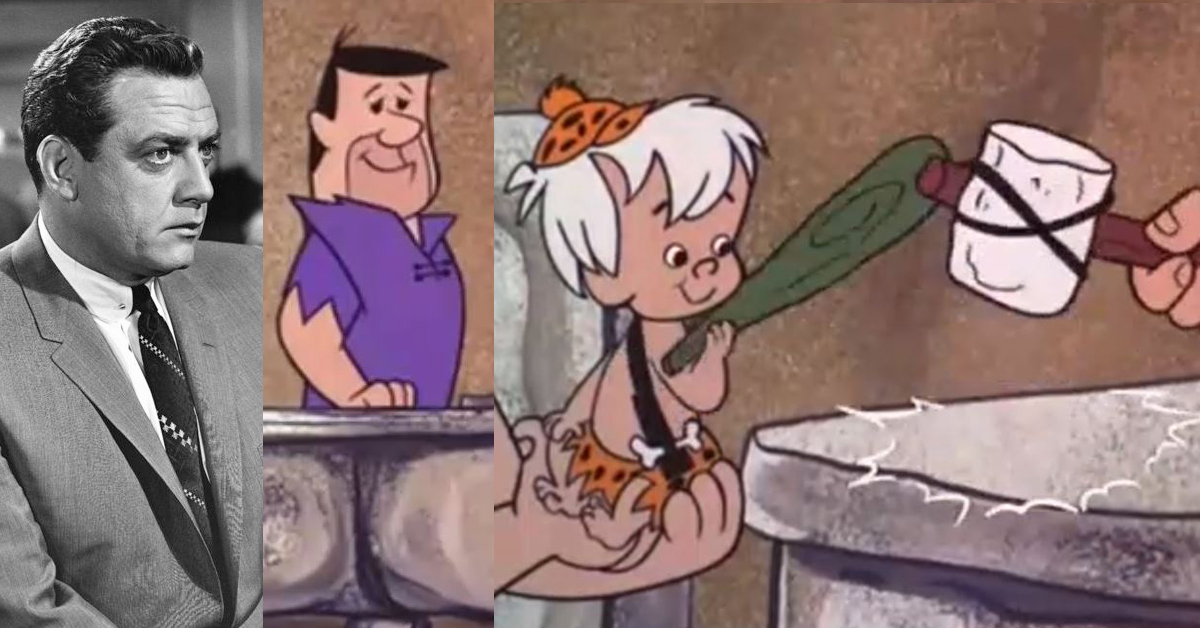 In one of the most memorable episodes in the history of The Flintstones, "Little Bamm-Bamm," Barney and Betty Rubble decide they want a child. So they wish upon a star for the moment that would make them parents. They don't expect the wish to be granted the very next day, but when Bamm-Bamm gets dropped in a basket at their doorstep, his super-strength only makes the Rubbles love the little foundling boy all the more.

The beloved neighbors of the modern Stone Age family decide to adopt Bamm-Bamm, and it's during a visit from the adoption agency that viewers watched a famous first in The Flintstones history. Encouraging Bamm-Bamm to squeeze the adoption agent's finger, Barney instigates the first time we see Bamm-Bamm grab onto a person's hand and accidentally overwhelm the adult with his super-strength.

But buried in this classic episode is an example of what made The Flintstones so great. When the Rubbles are pitted against a wealthy man who also wants to adopt Bamm-Bamm, they end up in court.

Immediately, the judge expresses distaste for the rich man who threatens to rob the Rubbles of the son they wish to adopt. Barney and Betty whisper excitedly about how good their chances are at winning over the judge as suitable parents for Bamm-Bamm. Their lawyer sits besides them and lets out a whimper when the rich man's lawyer enters the courtroom. 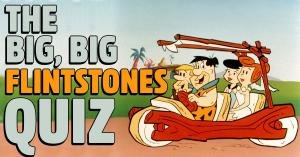 quiz1960sFlintstones
Can you rock this big, big Flintstones trivia quiz?

"Look who his lawyer is!" the Rubbles lawyer responds. "It's Perry Masonry."

Of course, with a name like "Mason," which already means a stoneworker, Perry Mason was a perfect fit to become a parody on The Flintstones, so perhaps this scene was likely inevitable. The Flintstones may feel mostly like a satire of The Honeymooners, but it parodied plenty of classic TV shows in its run, and Perry Mason was just the next star on the chopping block.

By the way — the name of the Rubbles' lawyer? That would be one Bronto Berger, a spoof of Hamilton Burger on Perry Mason. 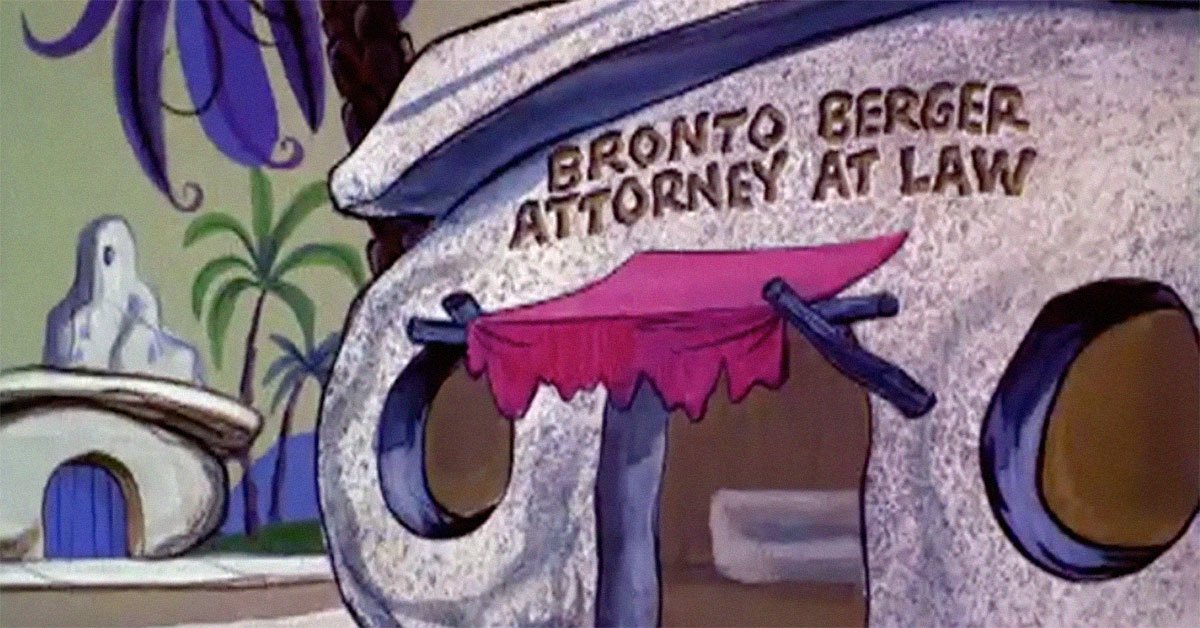 At the time, in the fall of 1963, Perry Mason still ranked as one of the highest-rated shows on television in its seventh season. What's even more interesting is that Perry Mason aired on the very same night as The Flintstones — on a different network. ABC, which aired the cartoon, was taking a jab at its competition over on CBS. Perhaps that is why Perry Masonry is the opposition, not on the Rubbles' side.

As the Rubbles fight their case in court, one might assume they're fighting a losing battle because Perry Masonry never seems to lose a case, much like the real Perry Mason.

Revisiting the episode, The Flintstones provides as many twists as Perry Mason was also famous for, and as the cartoon show navigates some downright emotional territory through the court scene, every fan knows the ultimate happy ending.

What's your favorite parody from The Flintstones? 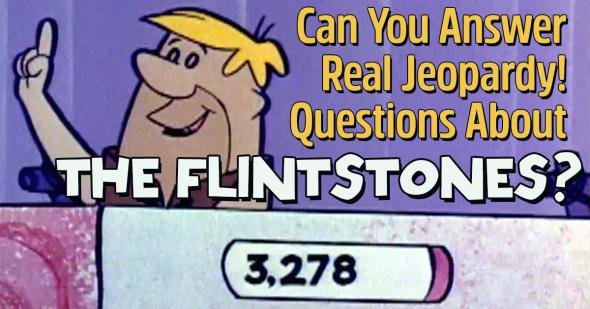 Jeopardy!1960s
Can you answer these real Jeopardy! questions about The Flintstones?
Are you sure you want to delete this comment?
Close

owls82 23 months ago
My favorite parody was the use of theme for the Cartrocks, which was a hilarious version of the theme from The Virginian. Now if they had added James Drury.....who knows?
Like Reply Delete

cperrynaples 32 months ago
Watching the Sunday block made me think about a few things: [1] How did Fred get purple mud on his feet? For that matter, shouldn't his feet always be dirty since he's barefoot? I think he had a side job crushing grapes like Lucy...LOL![2] MeTV now shows the opening where Fred takes the Rubbles to the drive-in! Ever notice they don't appear at the end? Honesty, did Fred make the Rubbles walk home? At least share the giant ribs...LOL again!
Like Reply Delete

Maybe they thought The Monster sucked and took a taxi ride home.
Still torn between the Mammoth Ribs and the Pizza-roni. 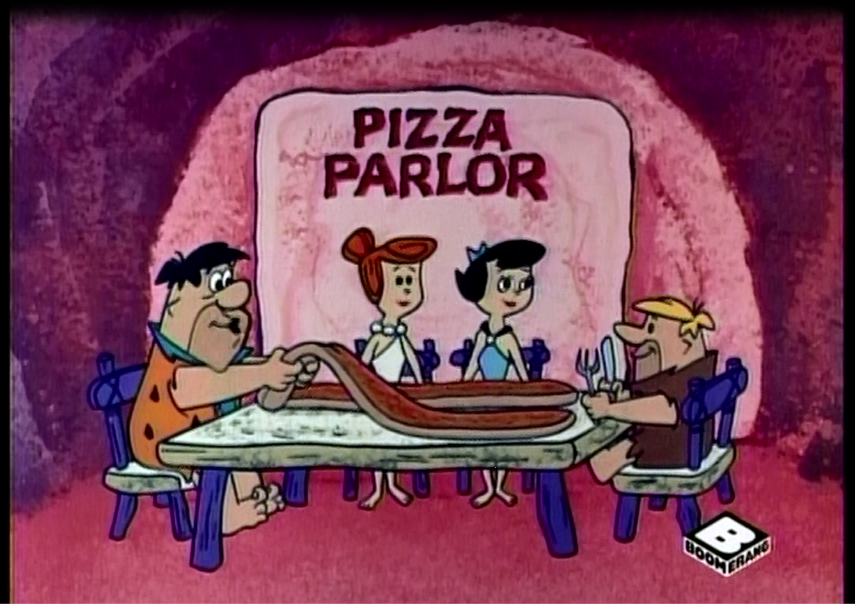 cperrynaples RobCertSDSCascap 31 months ago
Perhaps Barney took an Uber, although I can't think of a Stone Age pun for it...LOL!!
Like Reply Delete

Tough enough to make them in English!
Like Reply Delete

Lantern 32 months ago
This episode was on just last night.
Like Reply Delete

cperrynaples 32 months ago
Just saw this episode and was disappointed that Masonry DIDN'T parody Raymond Burr's distinctive voice! And It REALLY iritates me that Bamm Bamm was almost adopted by an old man clearly incapable of being a loving father!
Like Reply Delete

RobCertSDSCascap 32 months ago
SHINROCK!
The Frantic!
The Flop!
The Frenzy!
Like Reply Delete

MrsPhilHarris 32 months ago
One of my favourite episodes.
Like (1) Reply Delete