The markings on the starship's saucer are no longer a deep mystery. 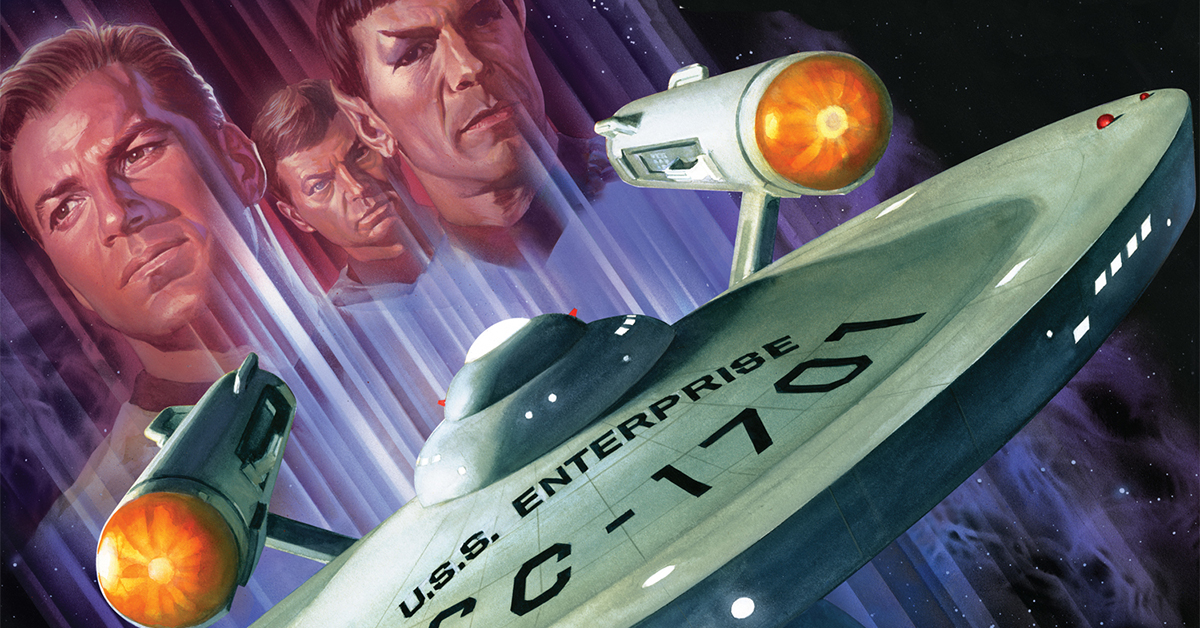 When it comes to recreating classic television props, the devil is in the details. Or, this being Star Trek, perhaps we should say the Horta is in the details. The main saucer of the Starship Enterprise has long been a hot point of argument amongst fans. The debate centers around exactly what details were present on the original Enterprise, specifically the hard-to-see markings on the hull of the ship.

In 1975, those markings were detailed in Franz Joseph's book Star Trek: Star Fleet Technical Manual, a seminal guide for home model builders, Trekkies and cosplayers. The problem is, understandably not everything in the lovely reference book was entirely correct. The incredibly bright lights of 1960s television studios and lo-res video of the 1970s obscured some of the tiny details of the Enterprise model.

For years, it was believed that panel lines, not unlike a warship or aeroplane, were present on the circular hull, radiating from the center. After all, Enterprise designer Matt Jefferies was originally a aircraft illustrator.

Many fans thought that these detailing lines were carved into the saucer. A recent model kit of the Enterprise followed that notion, as well. You can see them painted on the packaging up top.

However, when a major restoration of the original Enterprise recently took place at the Smithsonian Air and Space Museum, it became clear this was not the case at all. At last, this heated debate could finally be set to rest.

The grid lines were certainly there alright, but they were added by Jefferies himself. By hand. With a 2B pencil and pliable ruler, he drew the lines on the smooth surface of the model itself, rather than digging into the surface, as some for years thought had been done.

Gene Roddenberry insisted on the lines to give scale to the massive starship. Unfortunately, due to the optical processes of the day, this faint pencil work was lost under the harsh light and after the special effects composite work. This also also caused a great deal of debate over the true color of the Enterprise, as well. (We will get to that topic in an upcoming piece.)

Image: Round 2Note the differences with the new model.

The truth is they exist, but as a low-key surface detail. That being said, not every fan wants to go through the painstaking work of applying perfectly straight and spaced lines with pencil on a 1/350 scale model. Thus, the Round 2 model company pressed the grid lines into their mold.

However, thanks to insistent Trekkies, Round 2 is now releasing a second version of their ultra-detailed Enterprise model. This one comes with "smooth saucer parts" and an "updated paint guide," as the box proudly proclaims for sticklers.

So, superfans, sharpen your pencils.