The 'Dynasty' mansion is on the market for $28 million

A piece of TV history just went up for sale. 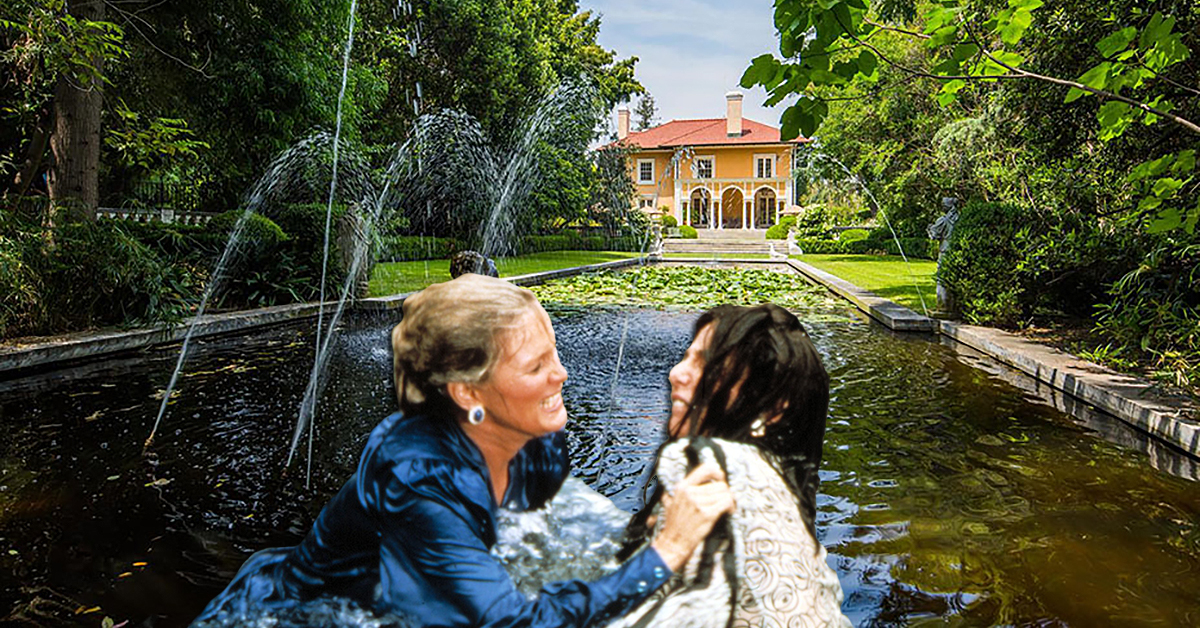 It was the shove that changed television. On April 13, 1983, millions tuned in for an episode of Dynasty that would go down in history as featuring one of the greatest fight scenes of all time.

Finally fed up with her husband's ex wife, Krystle Carrington lunges at Alexis Colby, throwing them both into the luxurious lily pond situated in the center of the property. The two of them thrash at each other like wild animals, sending ripples not only through the water, but the television industry itself.

After a mere minute and twenty seconds of punching, pulling and slapping, the rules of TV had been changed forever. Trashy catfights and violence were fair game, as evidenced by the rating spike that pushed the primetime soap opera to No. 1 in the ratings.

Now, that tiny piece of television history is up for sale.

According to The Hollywood Reporter, the 17-room mansion used for some exterior shots of Dynasty has been put on the market for $28 million. That includes the infamous catfight fountain of Krystle and Alexis.

See Also: Check out the inside of the iconic home from 'The Mary Tyler Moore Show' 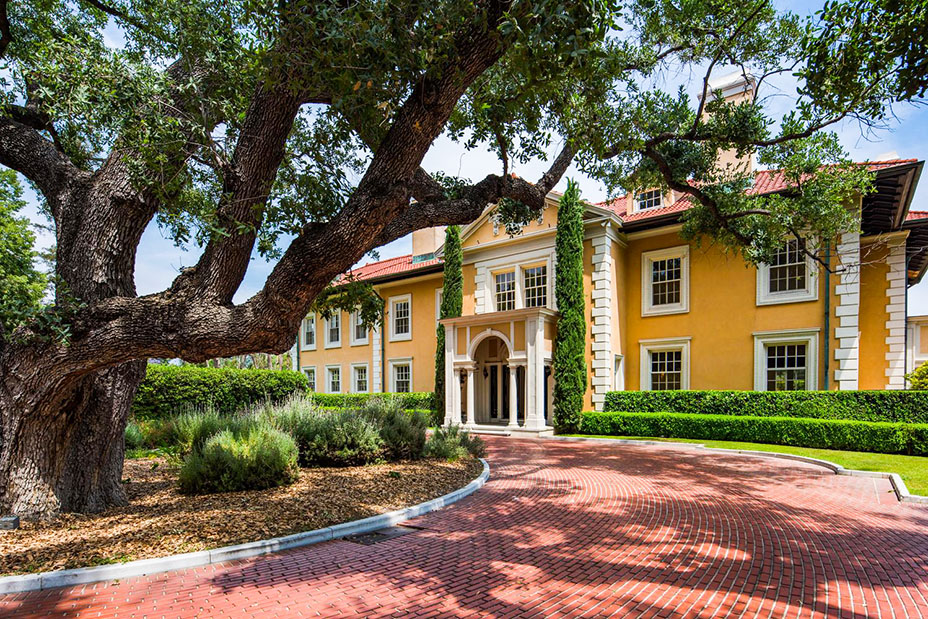 Of course, the lily pond is still intact. No word on if the koi fish have recovered from the harrowing events that took place three decades earlier. 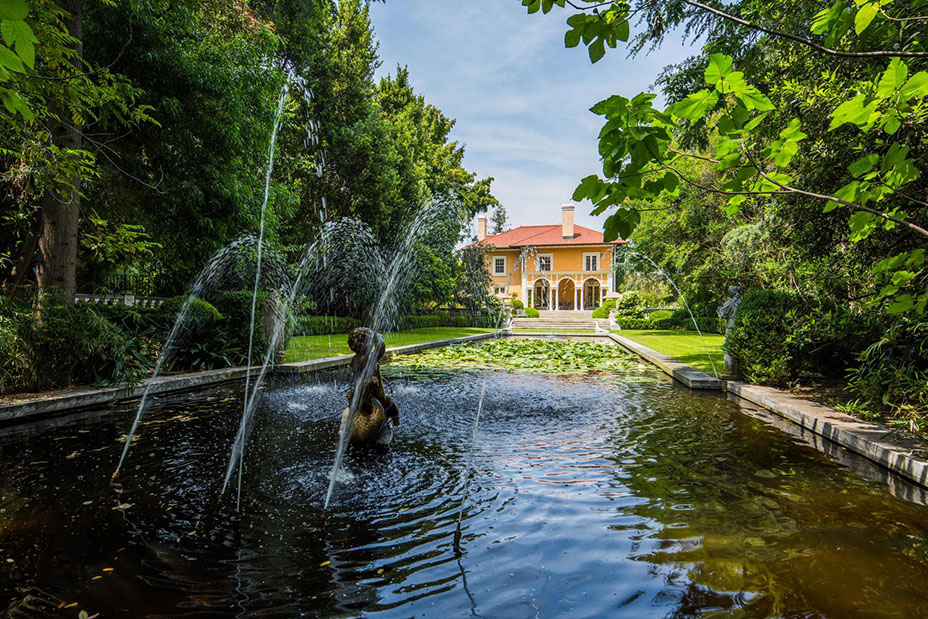 In addition to the historic pond, there is a swimming pool, tennis court and a winding brick driveway on the grounds 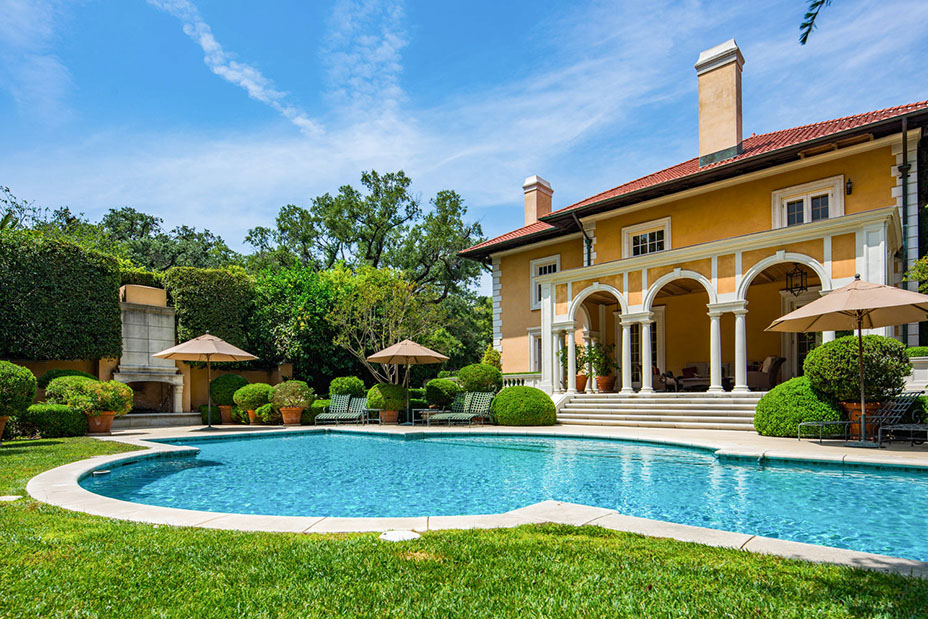 Inside the house, there are five bedrooms, nine bathrooms, seven fireplaces, a wine cellar, game rooms and office spaces. 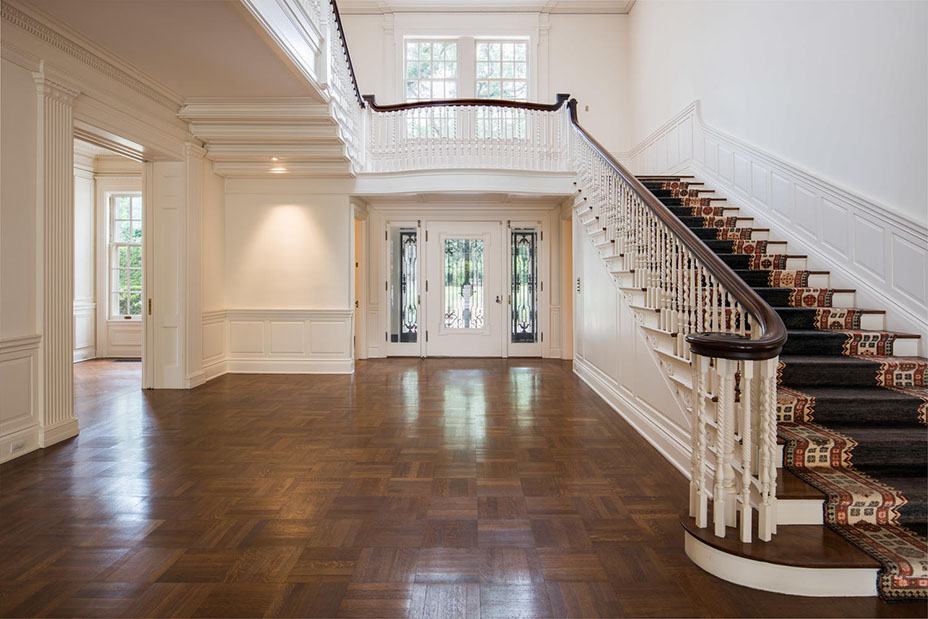 If you have the funds, you could live the extravagent lifestyle of the Carringtons. Let's just hope it's drama-free.

In other Dynasty news, The CW recently announced it will reboot the series this fall.